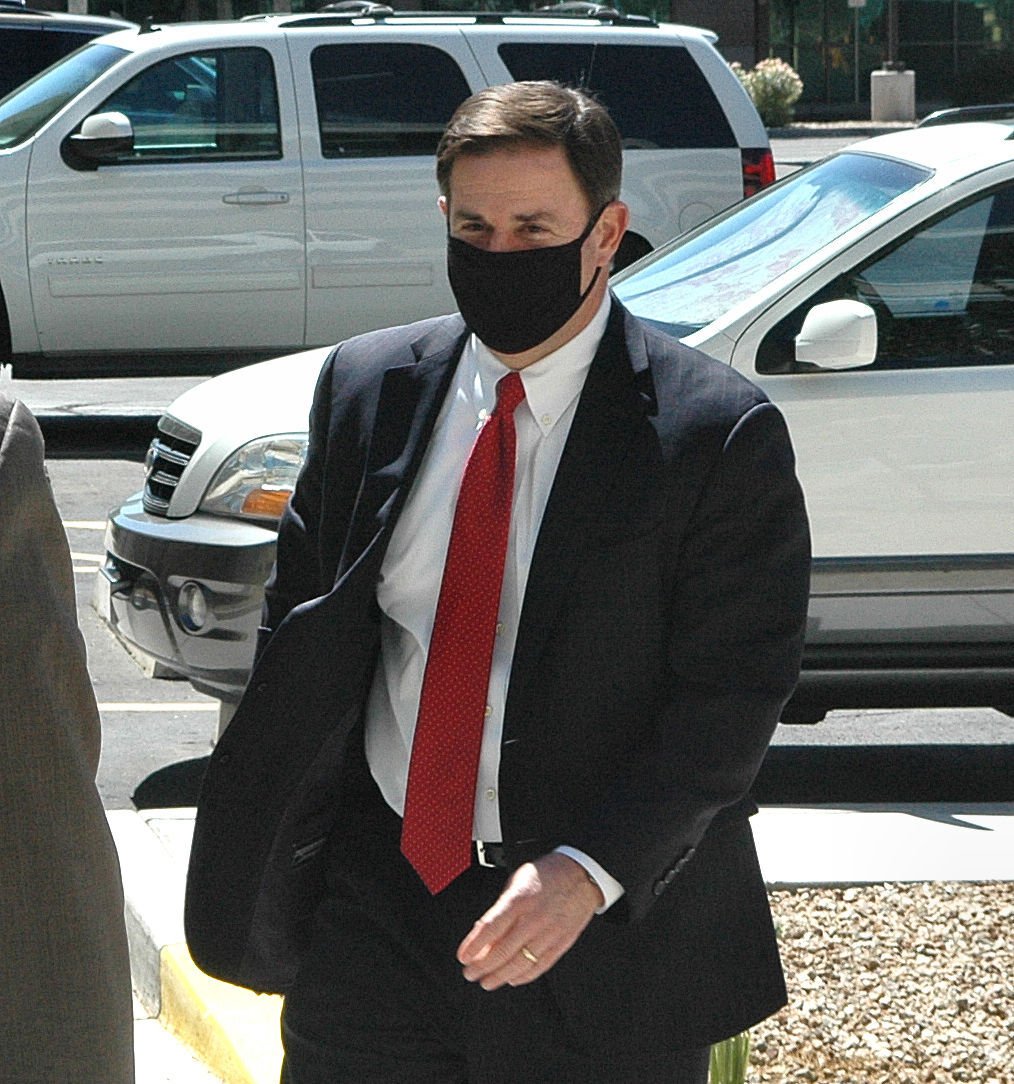 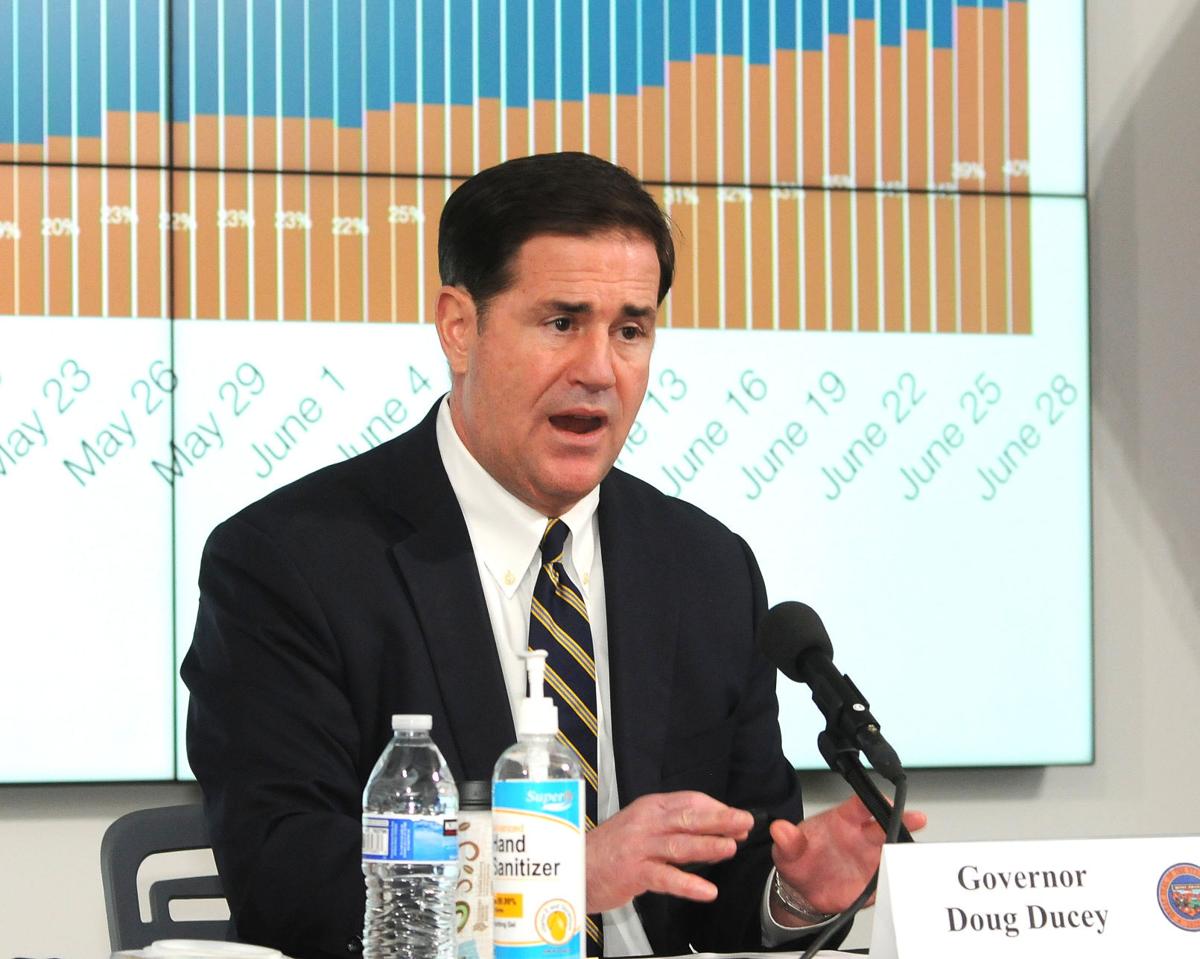 PHOENIX — The spike in COVID-19 cases blew a big hole in how Arizonans think Gov. Doug Ducey is handling the pandemic, according to a new survey.

And it has yet to recover. In fact, the national report by professors at four universities finds voters in only two other states who are less pleased with their chief executives: Florida and Iowa.

The survey by The COVID-19 Consortium for Understanding the Public’s Policy Preferences Across States found just 30% of Arizonans who say they approve or strongly approve of how Ducey is dealing with the problem. That is pretty much identical to the results of the same question asked in late July.

But it is far below where it was in late April and early May, when the governor had issued stay-home orders and restricted travel and business operations in a bid to slow the infection. At that point the consortium found his positive ratings in the upper 50% range.

The big drop came after the governor dissolved many of his orders in May, even allowing bars to reopen. That resulted in a tenfold increase in cases, spiking at 5.482 on June 29 as the governor conceded he made a mistake.

Since then there has been more or less a steady decline in cases, though some new numbers predicting future infection rates have started to increase.

The consortium uses an aggregation of online surveys conducted between Aug. 7 through 26 to poll 21,196 individuals across the nation. David Lazer, a professor of police science and computer and information science at Northeastern University, said these are then weighted to reflect each state’s demographics.

While that is different than other kinds of surveys, the results track somewhat what pollster Mike Noble has found.

His polls for OH Predictive Insights of Ducey’s handling of the outbreak found the governor had positive ratings in the upper 50% range in April and June. That slid to 35% in July, rising to 41% in August.

Noble said one likely difference is the national survey, done with a National Science Foundation Grant in cooperation with Northwestern, Northeastern, Harvard and Rutgers universities, looked at the general population.

By contrast, he said, his results come from likely voters. And Noble said that a general population survey in Arizona “clearly leans very much to the left” of how people here vote.

Lazer acknowledged that Arizona has come a long way since restrictions were reimposed.

A value of 1 means there will be one secondary infection from each primary infection. Anything below that means a declining rate.

By the third week of July, the state had an R-value of 0.81, among the lowest in the country.

“The numbers we’re focusing on are public health metrics,” he said. “These metrics continue to provide evidence that our efforts to combat COVID-19 are working.”

There are signs, however, that some of that may be changing.

The latest R-value is back up to 0.97. While that still is in negative territory, it has been rising since July. And 13 states now have lower values.

Ptak said the decisions Ducey has made have been guided by data and recommendations of public health experts.

But that isn’t exactly accurate.

First was the governor’s decision to allow bars to reopen, a decision he did not reverse until late June.

He also never imposed a statewide mandate for people to wear masks.

In fact, it took him until June 17 to remove a prohibition he had imposed against mayors, council members and supervisors imposing their own local restrictions.

The OH Predictive Insights survey does something that was not done in the nationwide study: It broke the results down by party affiliation. And that, in turn, showed a wide disparity.

In the most recent survey, for example, 63% of Republicans approved of Ducey’s handling of the outbreak. That dropped to 36% for independents and just 18% for Democrats.

Photos: In Tucson, face masks are for more than just people

However, justices allowed a lawmaker married to a fellow justice to stay in race for the upcoming election.

Arizona Gov. Doug Ducey's order shuttering bars during COVID-19 remains intact, at least for now, a judge ruled late Tuesday, spurning the owners of more than 100 bars and taverns who tried to block its enforcement.