Read Today's E-Edition
Share This
Arizona Theatre Company opens season with Wilde's "Importance of Being Earnest."
Share this
1 of 3 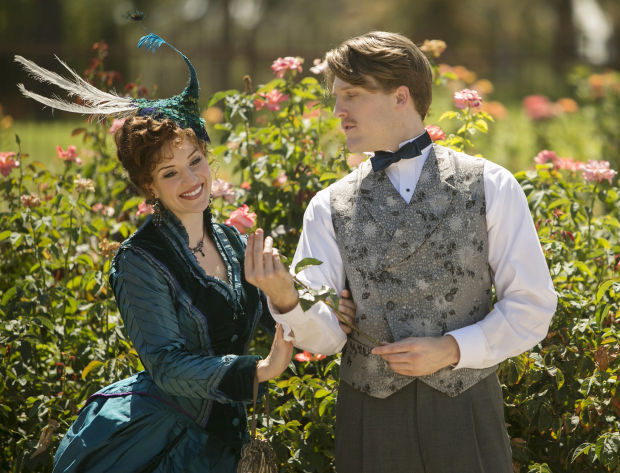 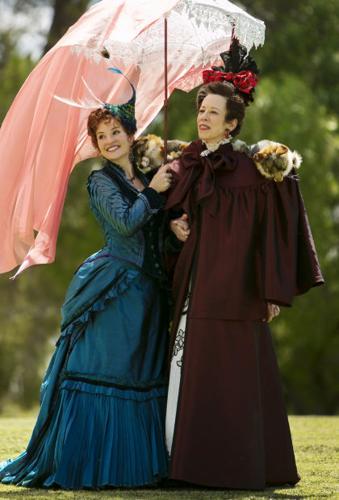 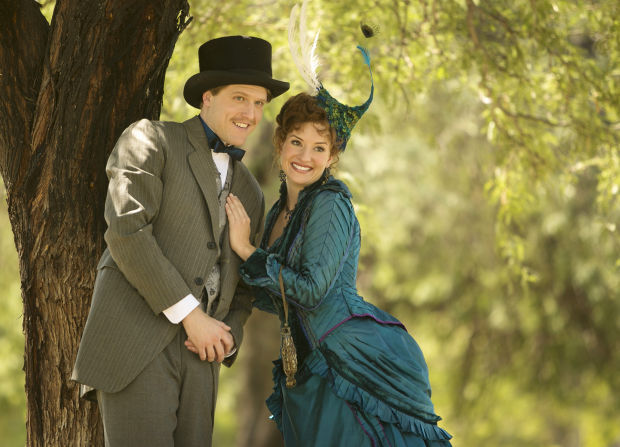 That’s reason enough to see a play by him. The Irish, after all, have a great command of both language and humor.

But there are plenty of other reasons to catch Wilde’s most oft-produced play, “The Importance of Being Earnest,” which Arizona Theatre Company opens in previews Saturday.﻿

The production’s director, Stephen Wrentmore﻿ isn’t Irish, but the Brit has a deep appreciation of it, and a deep understanding of Wilde’s work, thanks to a college professor who was an international expert on the playwright.

Here’s Wrentmore’s take on the 1895 play about social mores, Victorian society, repression, manners, love and deception, all wrapped up in razor-sharp wit.

The look: Wrentmore is going for a “fresh look” in this period piece.

“Whenever I’ve approached a classical work, I want to make sure that it doesn’t feel as though it lives in a museum,” said Wrentmore in a phone interview.

“I want to find a way that it will resonate today without sacrificing Wilde’s language.”

A key approach, he said, is in the design. In Wilde’s day, Wrentmore explained, people would go listen to a play. These days, we say we’re going to go see a play.

“When we experience theater today, we expect a visual and visceral experience,” said Wrentmore. The design should “illuminate the language and motif around the play to help us understand the play more deeply.”

The dark side: “Earnest” is very, very funny. Almost every line is packed with Wilde’s clever writing and pointed wit. But he has some serious things to say behind that humor. He examines marriage and whether or not it is “pleasant or unpleasant.” Hypocrisy is a theme that runs through the play. And Wilde questions morality, class, and, especially, stuffy Victorian mores.

“He’s taking a razor to a class system that he finds disgusting, but that he’s happy to be a part of,” said Wrentmore.

“He wrote for a commercial theater, so he understood how to put a play together and what the audience wanted to see,” said Wrentmore. “He would take them to the edge without crossing a line.”

What gives it ﻿legs: This Wilde creation has barely had a rest since it ﻿premiered in London. That’s not surprising, said Wrentmore.

“Really, really good comedies have always survived, and this is one of the greatest ever written,” he said. “Wilde is incessantly, inherently funny. Page after page after page, it’s funny.”

A favorite line? Wrentmore struggled with this one — almost all the lines in the play are his favorites.

But pressed, he came up with: “My dear fellow, the truth isn’t quite the sort of thing one tells to a nice, sweet, refined girl.”

“One of the things I love about this play is that everyone is appearing to be morally pure and living on high ground.” ﻿ In reality, he says, the decorum is all surface. None of the characters are what they appear to be.

Wilde’s language, says Wrentmore, celebrates the sound of English. “He puts words together that build to a symphonic sound,” he says. “No word is accidental.”

• What: Arizona Theatre Company's production of "The Importance of Being Earnest."

U of A halts admissions for musical theater program

The University of Arizona School of Theatre, Film & Television is reassessing its direction as interest in film and TV increase. Decisions are expected in March.

For Star subscribers: To critics, Glen Canyon Dam was one of the U.S.'s biggest environmental mistakes. But it generates electricity for about 5 million people in seven states.

Jim Kolbe, who represented Southern Arizona in Congress for 22 years, died Saturday, Dec. 3, of a stroke at the age of 80.

For Star subscribers: Reclamation is for the first time legally signaling its intent to make major cutbacks in water deliveries to the Lower River Basin state, including Arizona.

You have 72 hours in Tucson. Here's what you should do.

If you're only in Tucson for a few days, here are our suggestions on what to do and eat while you're visiting — from a taco tour to a cup of coffee at Barista Del Barrio to a hike through Saguaro National Park.

For Star subscribers: Maricopa County wants a judge to toss out Republican Kari Lake's bid to immediately be given election records so she can challenge her loss in the governor's race.

One of the men who showed up with zip-ties to confront the principal of a Vail Elementary School over COVID-19 protocols was sentenced to serve 30 days in jail on Wednesday.

For Star subscribers: The midtown Tucson building was bought by an affiliate of Summit Hut. No changes have been announced.

For Star subscribers: Tucson Unified School District wants to add sixth grade to six elementary schools for the 2023-2024 school year. Other schools might follow if the plan succeeds.