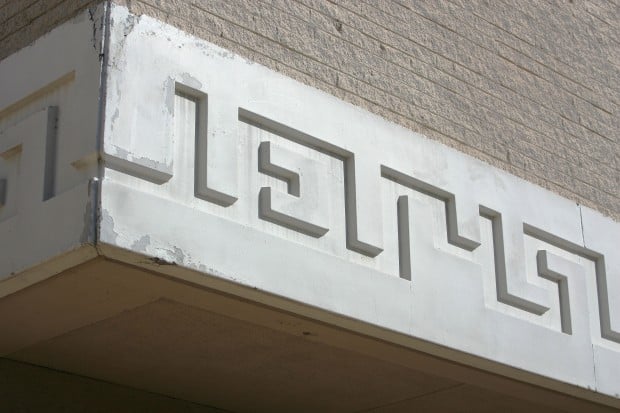 The trim around the old Robinsons-May store - originally Levy's - at El Con Mall spells the word "Levy" repeatedly. Flip it over, and you might decipher something else. 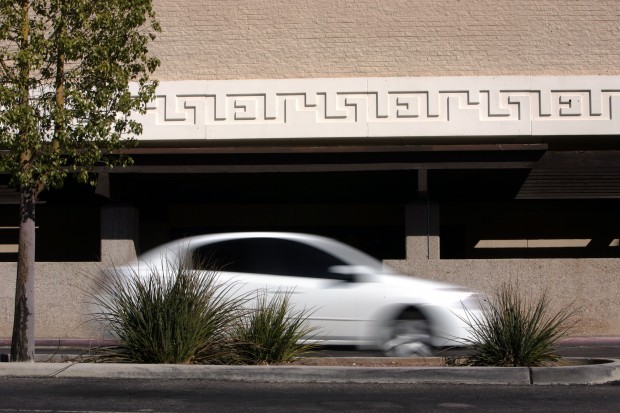 The trim around the old Robinsons-May store - originally Levy's - at El Con Mall spells the word "Levy" repeatedly. Flip it over, and you might decipher something else.
Phil Villarreal Arizona Daily Star

If "The Da Vinci Code" author Dan Brown were to set a novel in Tucson and send his code-cracking hero, Robert Langdon, to the Old Pueblo, his first stop would be El Con Mall.

There, Langdon would pace the El Con parking lot, along with his femme fatale sidekick and love interest du jour, to the southwest corner of the mall and observe the vacant building that once housed Macy's, Robinsons-May, Foley's, Sanger Harris and Levy's. He'd keenly observe the stone-cast decorative trim on the upper edge of the outside wall and note that it reads "LEVY" in a continuous cycle.

Then he'd gasp in awe and pompously turn to his partner to see if she noticed what he did. When she shakes her head, Langdon would whisper something into her ear that makes her gasp and giggle.

Being a family newspaper, we can't repeat what Langdon would whisper, but bear in mind, it's a naughty four-letter word that apparently was the work of a mischievous architect in the late 1960s. The building opened in 1969.

Even the El Con brass doesn't know why the upside-down dirty word occurred.

"It has been a source of curiosity for many years," said a chuckling Susan Allen, El Con Mall spokeswoman.

Readers who identified the anomaly offered their own theories.

"There apparently was a dispute with the architecture firm - the same one that designed the U of A library," James W. Stilley wrote.

"The story I heard was that when Levy's was designing the new store at El Con, they wanted something that they could put on the exterior of the building and on shopping bags, napkins etc," she said.

"The first design they didn't like and wouldn't pay the designer until he came up with a design they liked. Well, this angered the designer, but he did a second design, which was approved and went on the building's exterior design as well as shopping bags, napkins, etc."

The intent and origin of the coded expletive is enough to baffle Langdon. If you have your own guess as to how the unfortunate design came to be, send it to the e-mail below.

That's not a blue avatar you see on the southwest corner of East Irvington Road and South Tucson Boulevard. It's an untitled angel sculpture built in the summer of 2002 by high school students under the direction of local artist David Campbell.

There are 17 monoliths with hues of purples, pinks and oranges that jut toward the sky at the northwest corner of West Ajo Way and South Missi…

When the monsoon arrives each summer, Tucson residents can monitor the weather by flipping on the television or logging onto the Internet.

The trim around the old Robinsons-May store - originally Levy's - at El Con Mall spells the word "Levy" repeatedly. Flip it over, and you might decipher something else.

The trim around the old Robinsons-May store - originally Levy's - at El Con Mall spells the word "Levy" repeatedly. Flip it over, and you might decipher something else.
© Copyright 2021 Arizona Daily Star, PO Box 26887 Tucson, AZ | Terms of Use | Privacy Policy
Powered by BLOX Content Management System from TownNews.com.
You don't have any notifications.