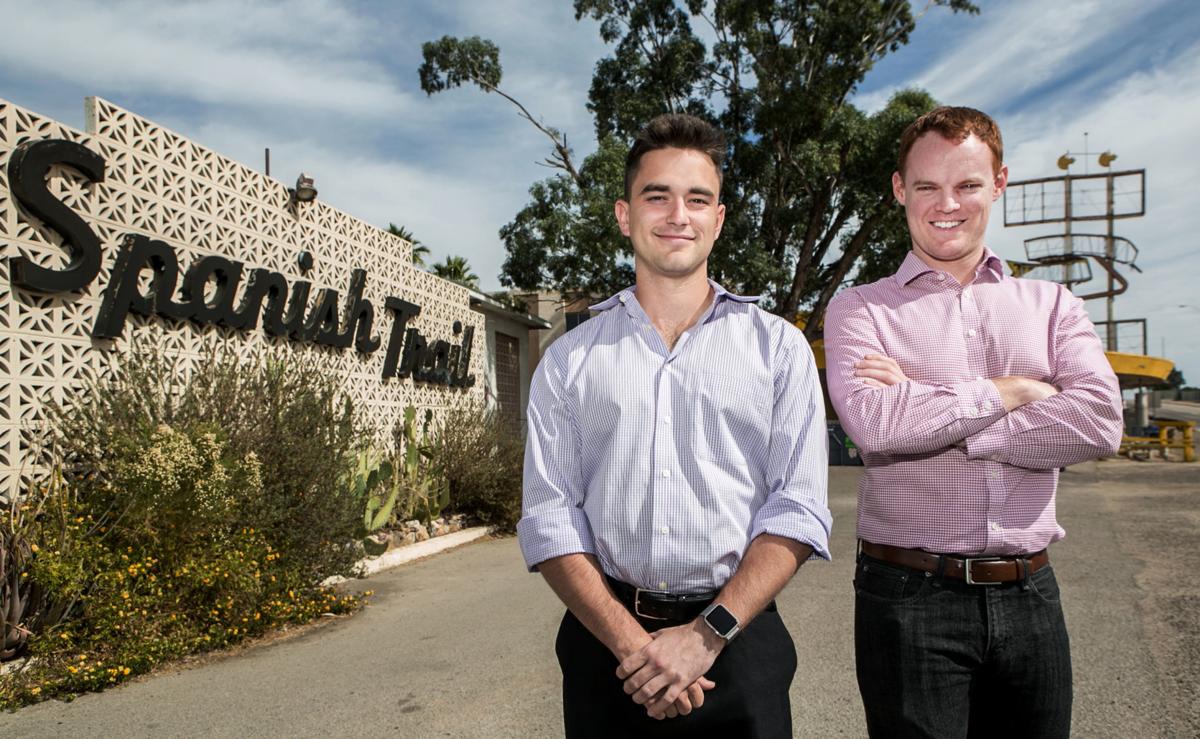 Morgan Abraham, left, and Kevin Volk bought the Spanish Trail property for $2.5 million. They plan to turn it into affordable housing. 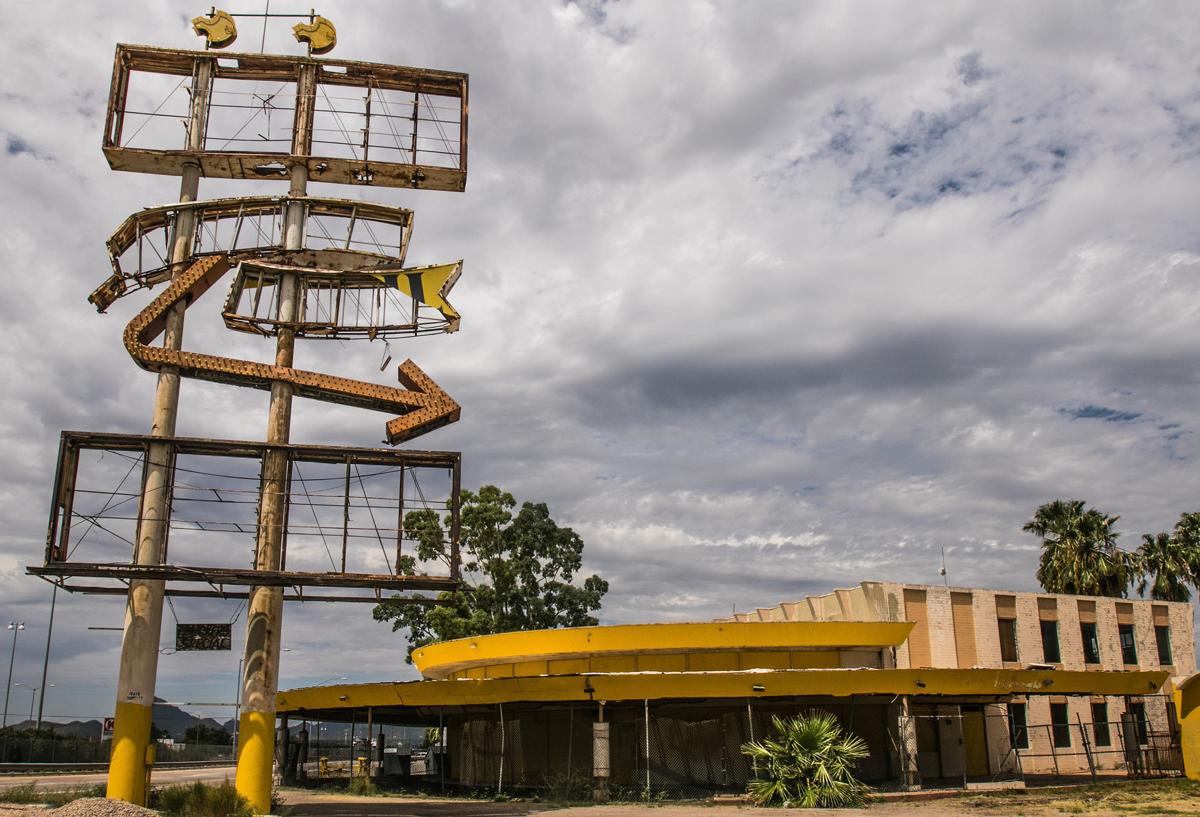 The property’s rusted-out, 70-foot sign will remain, at least for the time being, according to the new owners.

The rusted Spanish Trail Motel sign off Interstate 10 near South Tucson is still recognizable but serves more as a reminder that its best days are long behind it.

The new owners of half-century-old motel have big plans for redeveloping the deteriorating property into permanent affordable housing.

Kevin Volk and Morgan Abraham purchased the property, home to an aging 120-unit apartment complex, which formerly served as Spanish Trail motel rooms, a bunch of boarded-up and burnt out buildings and the main 12,000-square-foot building that has sat empty since the 1990s.

The pair purchased the property for $2.5 million last week from owner Dennis Luttrell with ambitious plans to turn an eyesore into homes for veterans and others looking for affordable housing.

Walking between the two rows of former motel rooms, Volk said only about half of the rooms are currently rented and his top priority will be to fix up the two aging buildings.

They are in relatively good shape, he said, but need some TLC before they can be ready for new tenants.

Pointing across the highway, Volk believes the close proximity to the Tucson VA will make the Spanish Trail a good candidate for veterans with housing vouchers.

Abraham has experience fixing up properties and turning them into affordable housing, but concedes this is his largest project to date. Days after they closed on the property, work was already underway to fix up the apartments.

It wasn’t clear when renovations will be complete.

Once the 120 units are on line, the pair will begin focusing on the more run-down sections of the property, which is littered with smaller abandoned buildings that have not aged well. Some have caught fire, while others have been vandalized over the years.

There are 50 units, Abraham said, that can eventually be added to their affordable housing stock.

The other longer-term project is to rehabilitate the main hotel structure, although the two men are tight-lipped about what they might do with it.

The building could become a restaurant or a retail space, but the pair aren’t ruling anything out right now.

The motel’s 70-foot sign, which had become a bone of contention between Luttrell and the city, will stay up, at least for now. City engineers argued the rusted out sign was a safety hazard and took Luttrell to court to bring it down.

Volk said they will work closely with the city to address any safety issues, but had no immediate plans for the sign.

Volk and Abraham are optimistic about their investment in South Tucson, saying city officials have been helpful in getting them information about the small, tight-knit community.

“We couldn’t have done the project without the help that the city of South Tucson provided to us,” Abraham said.

As of Tuesday afternoon, 19 of the city's 30 firefighters have submitted their resignations ahead of a March 1 deadline.

Investor bringing back '60s feel at south-side motel in Tucson

The Silverbell Inn will be rebranded Hotel McCoy.

The barber shop offers a cold brew with its service.

Fourth-generation farmer is unwilling to take the risk of hiring undocumented workers.

D-Bats will have indoor batting cages and offer personal training.

I’ve always held some measure of sympathy for people who hold anti-immigrant views, but I think I’m done with that.

Greg Hansen: Sam Merriman knew NFL was just a detour from his true love of rodeo

“It was probably inevitable that I came back to this, back to the rodeo,’’ he says.

However, roughly 75 ballots are outstanding Tuesday night, leaving a slim chance two of four incumbents could keep their seats.

Morgan Abraham, left, and Kevin Volk bought the Spanish Trail property for $2.5 million. They plan to turn it into affordable housing.

The property’s rusted-out, 70-foot sign will remain, at least for the time being, according to the new owners.