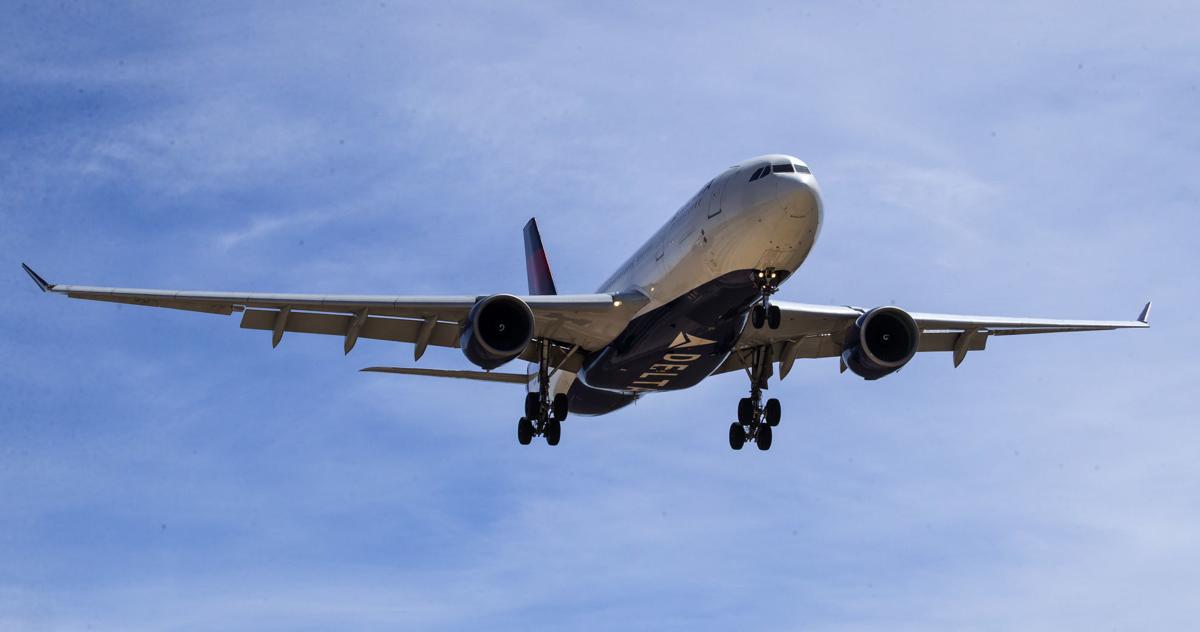 Ten Delta jetliners landed at Pinal Airpark between 6:30 a.m. and 5 p.m. Monday and an additional 13 aircraft from the Atlanta-based airline were scheduled to arrive at the storage and maintenance facility by 10 a.m. Wednesday.

Delta announced Monday it was cutting its domestic seating capacity by 10% to 15% in response to government travel directives and a sharp drop in demand.

Editor's note: With our coronavirus coverage, the Star is not trying to alarm the public but to provide up-to-date information so you can make educated decisions about your health. Because of this, we’ve made all coverage related to COVID-19 free. Help us continue this important work by subscribing to the Star.

Pinal Airpark has become a top flight destination, as Delta Airlines and other carriers park some of their airplanes in the desert outside Tucson to wait out the coronavirus slowdown.

Ten Delta jetliners landed at the regional airpark between 6:30 a.m. and 5 p.m. Monday and another 13 aircraft from the Atlanta-based airline were scheduled to arrive at the storage and maintenance facility by 10 a.m. Wednesday, according to the air traffic website FlightAware.

The airpark 30 miles northwest of Tucson usually sees no more than a single takeoff or landing in a day, said Jim Petty, airport manager for Pinal County.

“I would call this very unusual,” he said. “It’s not that we can’t handle the extra activity; it’s just that it doesn’t happen everyday.”

Marana Airport is also bracing for an influx of smaller commercial aircraft, as carriers worldwide cancel flights and move aircraft into storage during the pandemic.

“It’s been years since we’ve seen the wholesale grounding of flights like this,” said Marana Airport Manager Steve Miller. The last time anything like this happened was 9/11, he said.

Delta announced Monday it was cutting its domestic seat capacity by 10-15% in response to government travel directives and a sharp drop in demand.

The airline also has suspended or reduced service to a number of international destinations as a result of the COVID-19 outbreak.

Petty said he has heard that as many as 500 aircraft might have to be grounded “system wide” in response to the pandemic.

“People are talking big numbers, and it’s scary,” he said.

Pinal County owns the airpark and leases it out to five aviation-related businesses. Ascent Aviation Services handles the bulk of the aircraft storage and maintenance activity, and Delta is one of its largest customers, Petty said.

The warm, dry climate in Southern Arizona is considered ideal for mothballing aircraft, and Ascent has 500 acres available for secure storage at Pinal Airpark and Tucson International Airport, according to its website.

Petty said the most activity the airpark has ever seen came in the wake of the 9/11 attacks, when roughly 250 aircraft were stored there.

The current influx could mean a windfall for Pinal County, which collects landing and storage fees for every airplane on top of its fixed lease rates.

But Petty said there are no winners in a situation like this, and it makes him sick to his stomach to think about all the people who might lose their jobs in the coming weeks.

“The airline industry is suffering so terribly,” he said.

Kyle Potter is editor-in-chief of the Minnesota-based flight deal and travel website Thrifty Travel. He isn’t surprised by all the jumbo-jet traffic now arriving at Pinal Airpark.

Delta has already canceled roughly 65% of its flights to Asia, so “the vast majority” of its long-haul fleet is getting parked, Potter said. “There’s not a lot of places you can park this many airplanes.”

And Delta isn’t the only one suffering. The pain is being felt across the airline industry, with no end in sight, Potter said.

“I think there’s no doubt this is going to go on for a while. Even after the conoravirus outbreak is over, the demand for air travel isn’t going to immediately come back,” he said. “The question is who can come out of it and who can’t.”

Messages left for Delta and Ascent were not immediately returned Monday.

Petty said there were rumblings about increased traffic at Pinal Airpark as far back as February, but the aircraft didn’t begin to arrive in force until this week, after the Trump Administration announced and then expanded virus-related travel restrictions.

There’s no telling how many jetliners will eventually land in Pinal County, or how long it might be before they fly back out again.

Petty said he hopes to see that happen as soon as possible, but “anyone who tells you how long they are going to be there, they’re guessing.”

The Community Foundation for Southern Arizona created the funds, chipping in $10,000 to ensure that critical services continue without interruption.

PHOENIX — State lawmakers plan to adopt what might be called a no-frills budget for the coming year and then go home, at least temporarily, ac…

Arizona officials also talked Monday about who is — and is not — eligible for testing, and other issues.

The UA is offering a 10% credit for students moving out from campus residences and exploring alternatives to the May 15 commencement.

PCSD: Suspect killed in officer-involved shooting on Tucson's north side

The shooting happened on Monday near North Shannon and West Orange Grove roads.

Library staff will continue to work to provide some online services, including online reference.

The grant is part of a $10 billion federal program to help airports survive amid mass flight cancellations and plummeting traffic.

Ten Delta jetliners landed at Pinal Airpark between 6:30 a.m. and 5 p.m. Monday and an additional 13 aircraft from the Atlanta-based airline were scheduled to arrive at the storage and maintenance facility by 10 a.m. Wednesday.

Delta announced Monday it was cutting its domestic seating capacity by 10% to 15% in response to government travel directives and a sharp drop in demand.