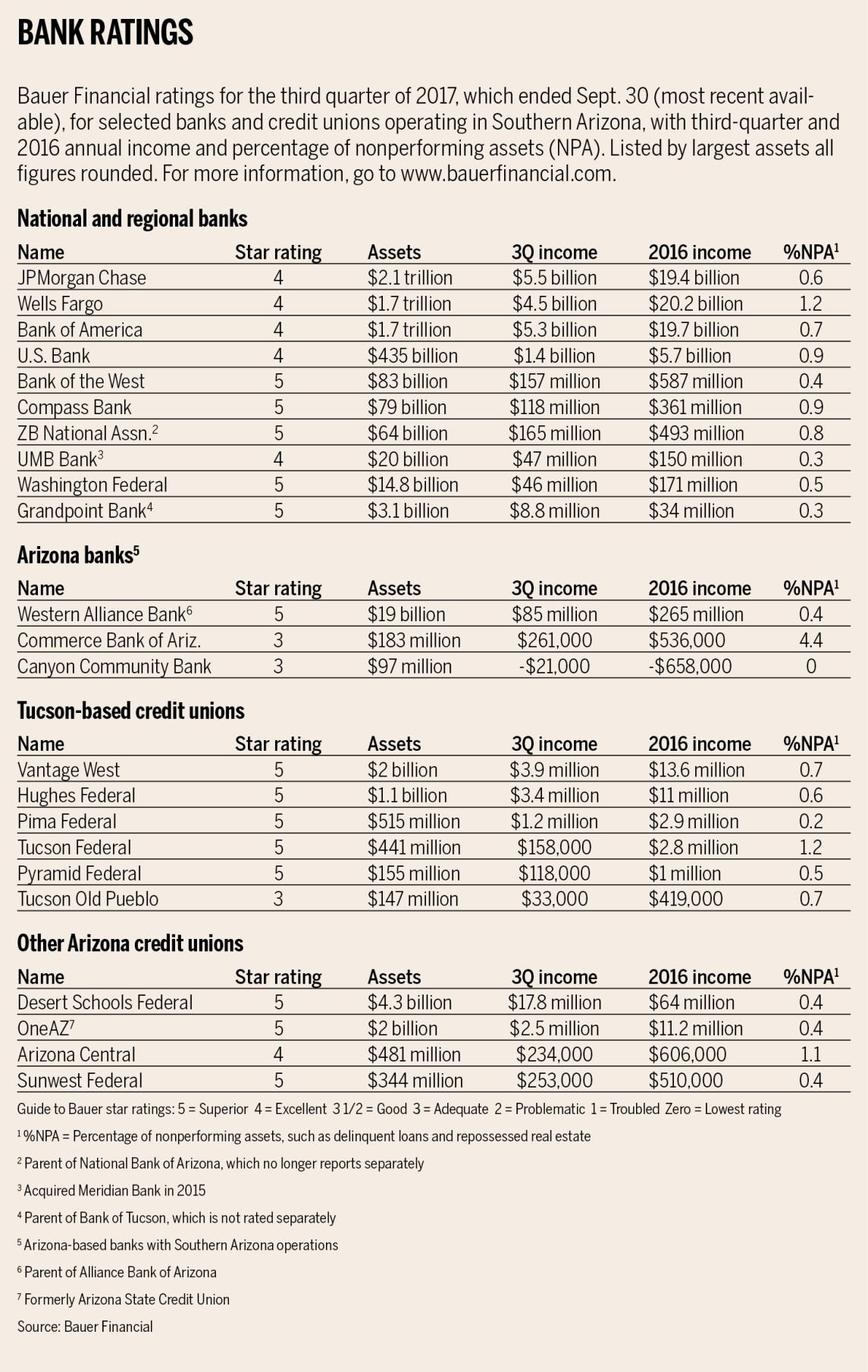 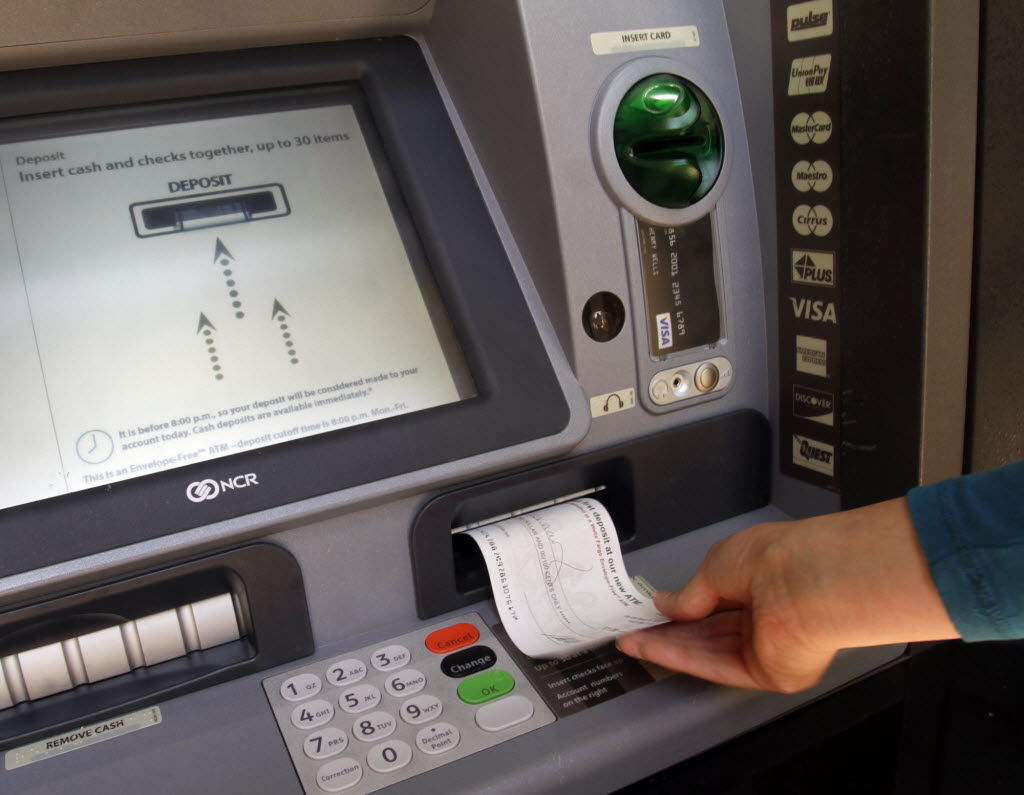 Though Arizona banks improved overall, the proportion of top-rated institutions was below the national average.

Arizona banks and credit unions seem to be out of the woods in their recovery from the Great Recession, judging from the latest ratings of financial institutions by Bauer Financial.

But the state still has a lower percentage of top-rated banks than the national average.

None of the state’s banks were rated “troubled” or “problematic” in Bauer’s ratings for the third quarter of 2017, after two Tucson-based banks — Commerce Bank of Arizona and Canyon Community Bank — completed their recoveries and earned 3-star, “adequate” ratings.

Commerce Bank of Arizona and Canyon Community Bank raised their ratings after raising millions of dollars in new capital to meet regulatory orders.

Bauer rated 75 percent of Arizona banks as “recommended” — with a rating of either 4 stars (excellent) or 5 stars (superior) in the third quarter.

Nationally, Bauer rated 2 percent of banks as troubled or problematic.

Commerce Bank and Canyon Community Bank fell to Bauer’s lowest ratings – Commerce was at “zero” stars and Canyon was at 1 star, or “troubled” until mid-2016 — as they wrote off bad business loans in the wake of the recession.

Since 2015, Commerce raised more than $13 million from local investors, prompting the Federal Deposit Insurance Corp. and the Arizona Department of Financial Institutions to lift a 2013 consent order last August.

Canyon Community Bank raised $9.5 million in 2015 from a Texas-based investment holding company in exchange for a majority ownership stake in the bank.

Canyon Community Bank reported a third-quarter net loss of $21,000 and lost $85,000 through the third quarter.

But Canyon’s new investment helped the bank raise its risk-based capital ratio — a key measure of financial strength — to a statewide high of nearly 36 percent. And Canyon reported that it had no nonperforming assets at the end of the third quarter.

Lauren Kingry, Canyon Community Bank president and CEO, said the consent order imposed by the Office of the Comptroller of the Currency in 2013 remains in place but he hopes it will be lifted soon, based on the bank’s much stronger financial position.

“Canyon is very excited about some of the programs that are staged for 2018 and we believe this is our breakout year,” Kingry said in an email.

Altier Credit Union, formerly SRP Credit Union, saw its Bauer rating crash after posting a quarterly net loss of more than $9 million in the third quarter and its capital ratio fell to 2.3 percent.

That dragged down Arizona’s overall credit-union ratings, but they were still higher than the national average. Bauer rated 81.4 percent of the state’s credit unions recommended and 2.3 percent troubled or problematic, compared with national numbers of 80.3 percent 2.6 percent, respectively.

Bauer uses bank call reports and other regulatory data to rate all U.S. chartered banks and all federally insured credit unions with assets of at least $1.5 million.

More were looking for work in December than the number of jobs created.

Tucson Real Estate: 4 Pinkberry yogurt shops could open in the area in next 18 months

Tucson filings up nearly 9 percent after years of steep declines.

Hundreds of jobs up for grabs at Tucson Career Fair

On-the-spot interviews will be conducted at the job fair on Tuesday, Jan. 23.

Signs of change as Bank of Tucson name goes away

California-based Pacific Premier Bancorp is acquiring Bank of Tucson and changing its name.

Ratings for Southern Arizona institutions were unchanged in the third quarter in Bauer Financial's latest examination of the nation's banks and credit unions.

Though Arizona banks improved overall, the proportion of top-rated institutions was below the national average.