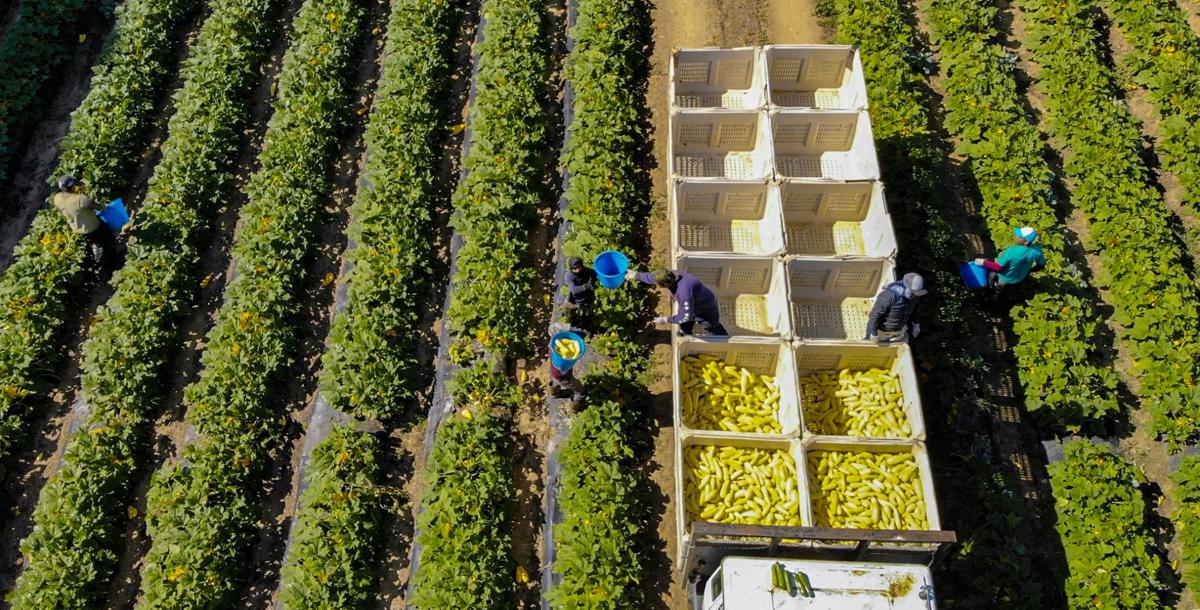 Farmworker advocates say a lack of protections and the “invisibility” of much of the work done by day laborers have made farmworkers especially vulnerable to exploitation. 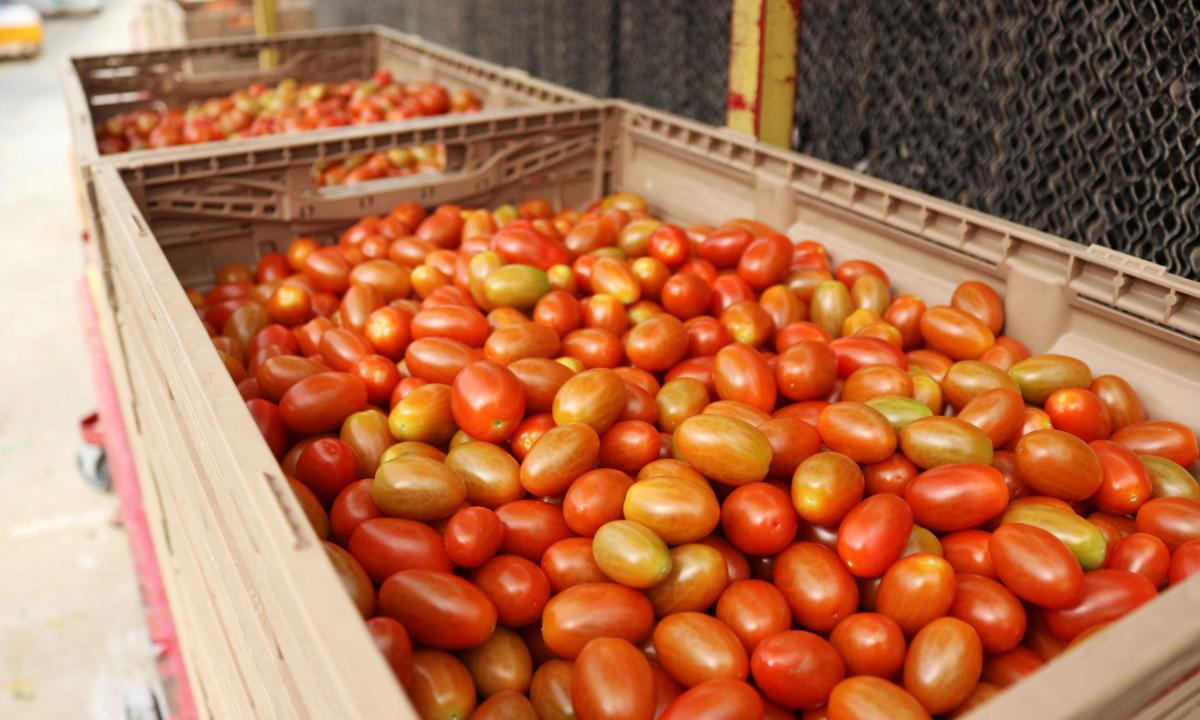 Tom Jawetz, of the Center for American Progress, said the “frenzy” of Americans stocking up on groceries at the beginning of the pandemic should garner more support for agricultural workers. 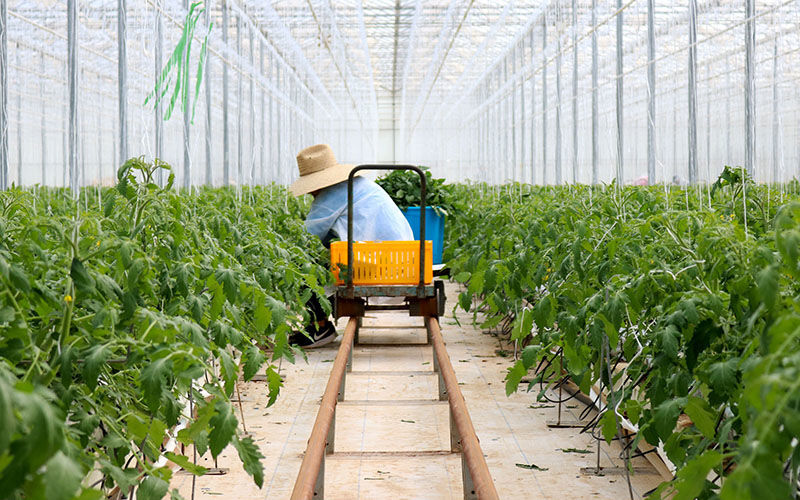 Federal labor law does not protect farmworkers’ right to organize, “making it difficult for them to … bargain for better pay and working conditions,” according to the Center for American Progress.

Bertha spent 17 days in her bedroom after testing positive for COVID-19.

There, she made the soup and the “hot, hot tea” that helped her endure the headaches and coughing fits associated with the contagious respiratory disease. Bertha, an agricultural worker, said she couldn’t risk going to the kitchen or other parts of the house and infecting her 18-year-old daughter.

The two-plus weeks of isolation seem to have paid off: Her doctor recently cleared her to resume normal activities, Bertha said, and her daughter was never infected. But Bertha worries that if she returns to work processing pistachios for Primex Farms LLC – a California-based grower and exporter of nuts and dried fruits – she will bring the virus home again.

Bertha, who agreed to speak on the condition her last name not be published for fear of retaliation, said she doesn’t know whether she can trust the company’s attempts at disinfecting the space and implementing safety measures. Even before she tested positive, she thought the farm’s safety precautions were insufficient.

From a lack of social distancing in dining areas to employees handling pistachios without gloves, she estimates “many pounds” of pistachios passed through the hands of workers infected with COVID-19.

As of early July, 87 workers and 58 family members, 23 of them children, had tested positive for the novel coronavirus, according to data compiled by United Farm Workers, a labor union. Many more are awaiting results.

“I don’t want to go back,” Bertha said. She feels she has only two options: to accept the working conditions or quit.

The pandemic has forced agricultural workers throughout the Southwest to make a similar choice between their health and their incomes. Though industry representatives say farms are doing everything they can do to protect employees, worker advocates argue a lack of industry protections – and the “invisibility” of much of the work done by day laborers – have made farmworkers especially vulnerable to exploitation.

“It just shows the contradiction in calling somebody an ‘essential worker’ but only for what you need them for, not to care for them as human beings that also are afraid of getting sick,” said Juanita Valdez-Cox, a migrant-rights advocate in Texas.

Primex Farms, which manages 5,000-plus acres of pistachio orchards and processes millions of pounds of nuts each year, did not respond to multiple calls and emails seeking comment about its handling of COVID-19 cases.

As more stories of people not showing up to work started to circulate, a few workers went to human resources in early June. But officials dismissed their concerns as rumors, he said.

Elenes said the supervisor of one employee who reported COVID-19 symptoms suggested the worker only had the flu and was too important to take time off.

Bertha also said she was shooed away when she sought more information on possible COVID-19 cases, saying she received no clear explanation for management’s silence.

Workers officially found out about the scope when Primex confirmed 31 positive cases on June 23, Elenes said.

“They felt betrayed. They felt lied to,” he said. “They felt there should have been communication.”

At first, workers were not given masks and were told they had to buy them for $8.

Primex also tested workers for the coronavirus, insisting that even those who’d recently tested positive be present, Elenes said.

“Some of them went out of fear that they would lose their jobs if they didn’t,” he said.

On July 1, Primex announced employees 65 and older who did not want to continue working could stay home and get paid for the time they took off, Elenes said. Those with symptoms and who tested positive would also be paid for their time off.

But later, Elenes said, workers’ paychecks reflected only the time they’d worked. Workers also reported staff had told them if they didn’t like the company, they could leave, he said.

“The company has always consistently told them that it’s really important that they keep production going,” Elenes said. “From the worker’s perspective, they’re prioritizing production over the employee’s lives.”

Roxana, a sanitation worker at Primex, similarly said the company’s lack of transparency put lives at risk. It took away workers’ ability to “make the choice for ourselves to continue working and expose our families,” she said.

On June 16, she began feeling extreme body aches and had a fever. The next day, she got a COVID-19 test at a community health clinic. Seven days later, she was told she had tested positive for the virus.

“It was very difficult,” Roxana said in Spanish. She also agreed to speak on the condition her last name not be published for fear of retaliation. “It was very hard to see your kids unwell and not be able to help them in a timely way.”

Each day, Roxana’s family has “been getting better with fewer symptoms,” and she plans to return to work once she gets the green light. But she’s not confident the company is taking adequate precautions to protect workers, despite masks now being provided free of charge.

“I still feel scared because they haven’t hired a business specialized in coronavirus disinfection but instead have used the sanitation crews to clean,” Roxana said. “If it isn’t disinfected properly, if they haven’t sanitized it well everywhere, the majority of the plant is metal, and scientists say that the virus can live up to 72 hours on metal.”

Workers also “don’t know if this virus can re-infect those of us who’ve had it already, and that exposes us and our families, too,” she said.

On July 6, dozens of workers again protested Primex’s management of the outbreak, Elenes said, slamming the company for calling COVID-positive employees back to work before they’d been cleared.

Tom Jawetz, vice president of immigration policy at the Center for American Progress, said the “frenzy” of Americans stocking up on groceries at the beginning of the pandemic due to fear of food insecurity should be reflected in support for agricultural workers.

He said more people in power need to care about safe housing, work conditions, access to sick leave and a living wage for those in agriculture.

Federal labor law does not protect farmworkers’ right to organize, “making it difficult for them to band together to bargain for better pay and working conditions,” according to the Center for American Progress.

The U.S. Bureau of Labor Statistics found farming, fishing and forestry to be among the occupations with the lowest unionization rates in 2019, at 2.1%. Primex Farms workers are not unionized, but United Farm Workers is assisting workers there at no cost.

“When you take workers who are on the margins of society and further marginalize them by diminishing their protections, it leads to a vicious cycle,” Jawetz said.

“They are ‘essential workers,’ but only for how this country needs them,” Valdex-Cox said.

When she visited a farm while Texas had a stay-at-home order in place, workers did not have masks. In a watermelon field, she said, workers had no choice but to work side by side.

“The farmer isn’t going to space you out, because that’s more land that he’s going to lose by not being able to plant closer together,” Valdez-Cox said. “There’s no such thing as social distancing in the fields.”

And laborers feel pressure to accept unsafe conditions to protect their incomes: “If you want to feed your family, you have to go out and work, even though you’re at risk,” she said.

Industry: owners are “doing their best”

Bryan Little, director of employment policy for the California Farm Bureau Federation, argues that agricultural laborers who work outside can more easily practice social distancing than those employed in other settings.

He disputed the idea that owners and managers have placed profits above all else, saying many have implemented guidance from the California Division of Occupational Safety and Health.

“Based on the conversations I’m having with farm employers, and phone calls and emails and everything else you can imagine, I certainly have a very strong impression that they’re doing their best to do everything they can do to protect their employees,” said Little, who also serves as chief operating officer for the Farm Employers Labor Service.

Farmers have revamped certain job requirements to facilitate physical distancing, made sanitizer and additional hand-washing stations available and provided more space for meal and rest periods, Little said. Though he acknowledged workers have struggled to access testing, he pointed to broader testing issues throughout the state.

Little also said employers can only protect their employees during their shifts, which “leaves the other two-thirds of the day when an employer has absolutely no influence on what those employees are doing.”

“To the extent that you are doing things at work to protect yourself, you should be doing them while you’re not at work,” Little said.

This story is made possible through a partnership between the Walter Cronkite School of Journalism and the Center for the Study of Religion and Conflict at ASU, with the support of the Henry Luce Foundation.

Apartment buildings are popping up around historic Tucson monastery

Construction of 255 apartments around the Benedictine Monastery in central Tucson is underway.

Farmworker advocates say a lack of protections and the “invisibility” of much of the work done by day laborers have made farmworkers especially vulnerable to exploitation.

Tom Jawetz, of the Center for American Progress, said the “frenzy” of Americans stocking up on groceries at the beginning of the pandemic should garner more support for agricultural workers.

Federal labor law does not protect farmworkers’ right to organize, “making it difficult for them to … bargain for better pay and working conditions,” according to the Center for American Progress.