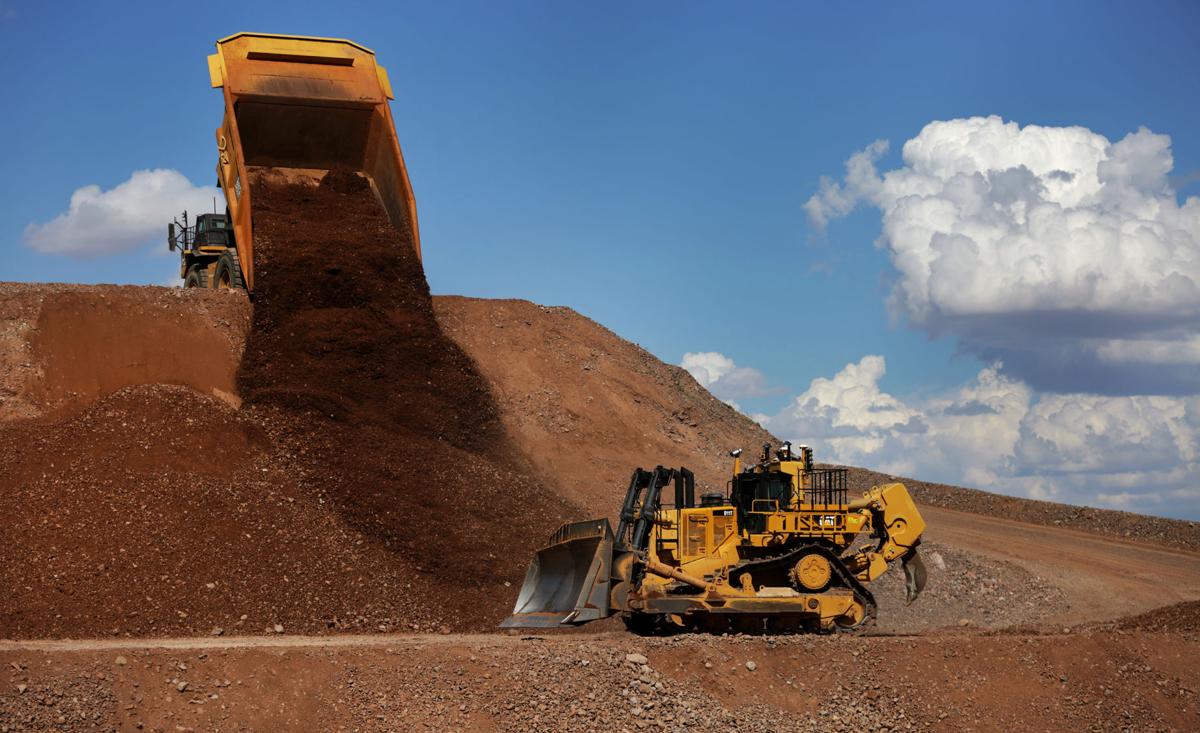 While the CAT D11T track-type tractor operates remotely, in foreground, a CAT 793 off-highway haul truck autonomously backs up and dumps a load during a demonstration at Caterpillar’s Tinaja Hills Demonstration and Learning Center in Green Valley. 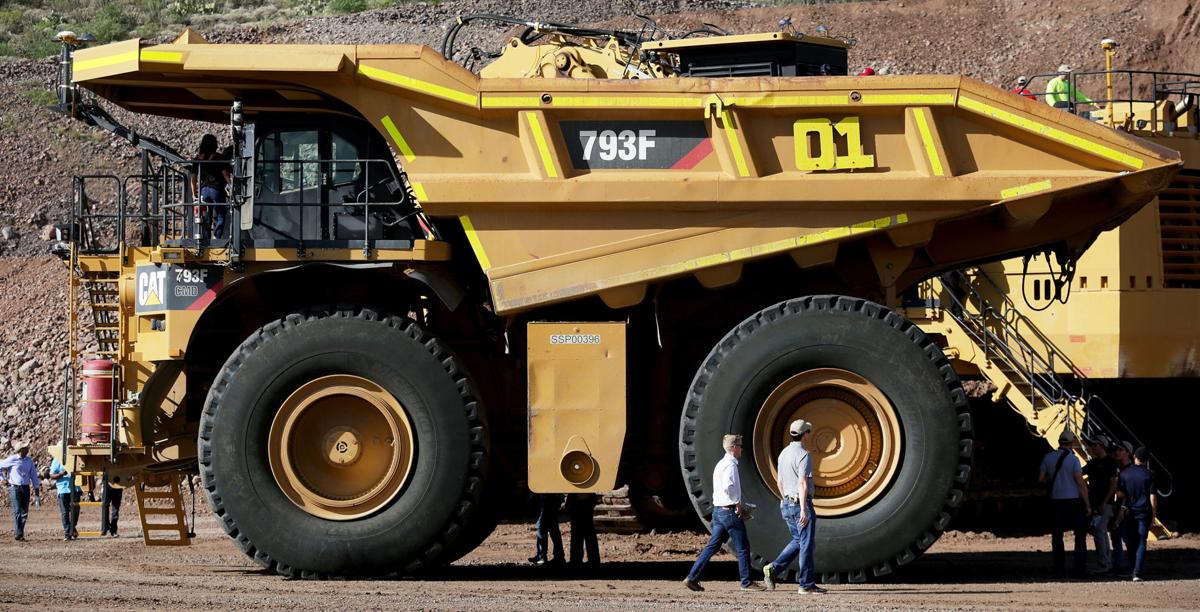 Self-driving truck technology being developed by Caterpillar Inc. at its Tucson division headquarters will soon be used more extensively by iron ore mines in Australia.

Caterpillar recently announced it would supply the technology to Australia-based Fortescue Metals Group under a recent agreement.

The deal includes retrofitting about 100 Cat and Komatsu trucks and the expansion of the Cat autonomous truck fleet at two operations in the Pilbara region of Western Australia.

“Caterpillar is pleased to build on the success we have had working with Fortescue to implement autonomous mining solutions,” said Jean Savage, Caterpillar vice president who oversees the Surface Mining & Technology Division, headquartered in downtown Tucson.

Caterpillar and Fortescue have worked together to integrate autonomous technology since 2013.

“Autonomous haulage technology has been implemented at our Solomon Hub, achieving a 20 percent improvement in productivity,” said Nev Power, CEO of Fortescue. “We will continue to work together to ensure the next stage successfully builds on the safety, productivity and efficiency gains we have achieved so far.”

In August, the Fortescue autonomous fleet surpassed 400 million tons hauled since it launched the system.

The technology is tested and displayed at Caterpillar’s Tinaja Hills Training Center in Green Valley.

The shovels are operated by workers who cue up an automated dump truck to haul away the debris as another dump truck idles nearby for its turn.

Utilizing 64 lasers in a bulb attached to the trucks, Lidar technology creates a 3D image for the trucks to see anything in their path, explained Sean McGinnis, production manager of Caterpillar’s Mining Technology Enabled Solutions.

Upon arriving at the dump site, the driverless trucks back up to the berm to unload. Once empty, the truck pulls forward while simultaneously lowering the bed — something that a manned truck cannot do because it is jolting to a driver, McGinnis said.

Employees in downtown Tucson are part of the team developing the technology. The division headquarters moved last year into temporary quarters at 97 E. Congress St. With 300 employees expected by the end of the year, additional space has been leased at 1 S. Church Ave.

A permanent headquarters is under construction west of Interstate 10 and Cushing Street and is expected to be completed in early 2019.

The apartments will be available for rent month-to-month.

Ore crusher at mine south of Tucson catches fire

The fire burned for about five hours, no injuries were reported.

Sprouts to open store in Green Valley in early 2018

Green Valley store will be the sixth in the Tucson market.

Robotic bartenders are popping up around Arizona

Arizona Restaurant Association says the trend toward automation will continue to expand.

While the CAT D11T track-type tractor operates remotely, in foreground, a CAT 793 off-highway haul truck autonomously backs up and dumps a load during a demonstration at Caterpillar’s Tinaja Hills Demonstration and Learning Center in Green Valley.