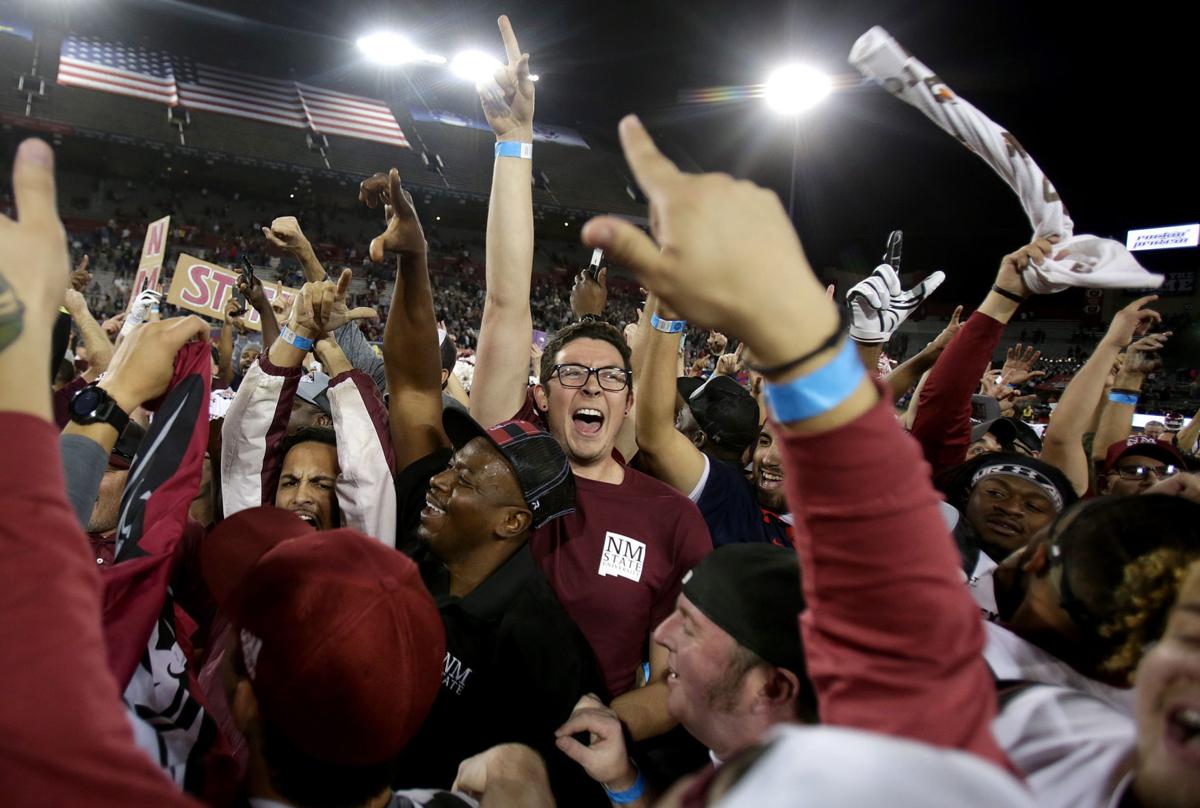 New Mexico State fans celebrate after their team won the 2017 Nova Home Loans Arizona Bowl. This year’s bowl will be at Arizona Stadium on New Year’s Eve and will pit teams to be selected from the Mountain West and Sun Belt conferences. 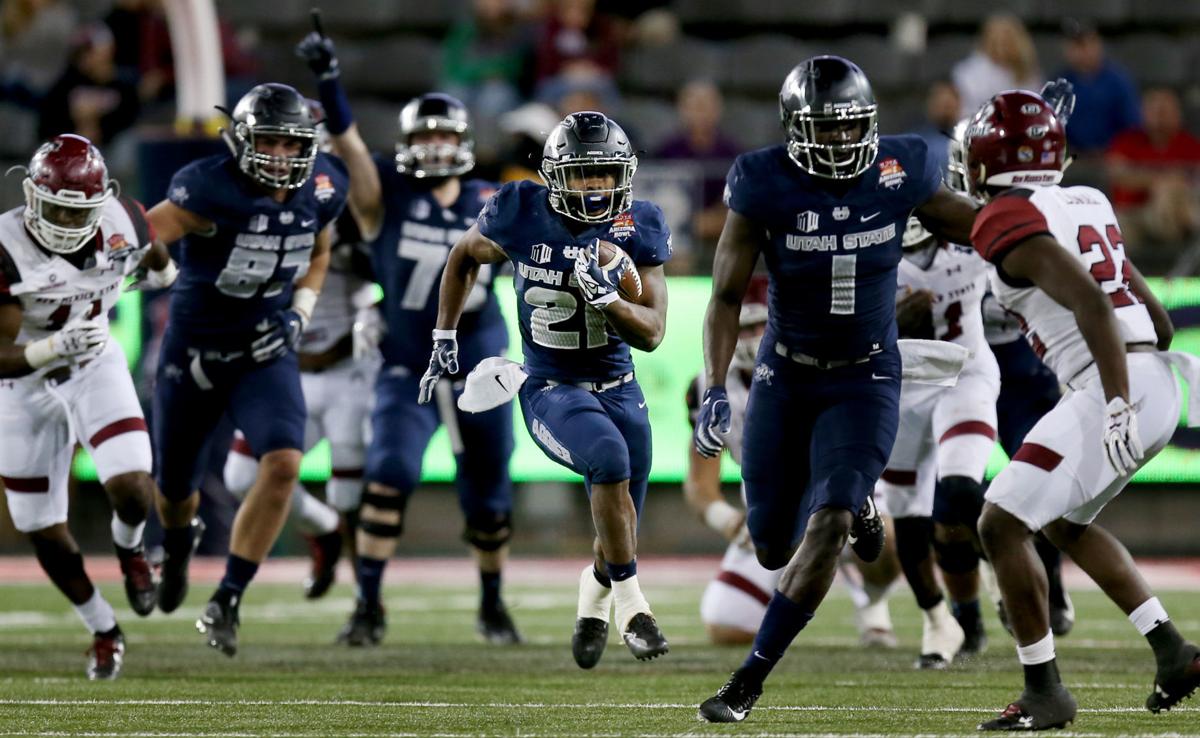 What are you doing for New Year’s Eve? It’s getting to the time of year that we start thinking about how we will celebrate another annual turn. If you don’t already have plans, why don’t you finish 2019 by attending the Nova Home Loans Arizona Bowl?

I know, a football game. Really? Yes, really. The Nova Home Loans Arizona Bowl is a family event and a whole lot of fun. There are pregame activities from traditional tailgating to a family fun zone and an antique car show. There is a fly-over of F-16s out of the 162nd Wing. Schools throughout Tucson have blocks of students and their families attending.

In its short tenure the Nova Home Loans Arizona Bowl’s charitable impact in Tucson has been significant:

The charitable impact is not the only place the Nova Home Loans Arizona Bowl makes a difference. Its economic impact is also impressive. In the past four years, the bowl has had an estimated $100 million in economic impact in Southern Arizona. That places it second to only the Gem Show.

By the way, the game itself is a blast. Fans come together to watch a contest between teams from the Mountain West Conference and the Sun Belt Conference.

In the four years since the Arizona Bowl started, the largest margin of victory in three out of four games has been six points. The games are competitive and exciting to watch.

Following the game are fireworks off the top of Arizona Stadium, all part of the total package that is the Nova Home Loans Arizona Bowl. All of this for tickets as low as $15; a family of four can attend for a total of $60.

Not done yet. Beginning this year, Tucson’s newest New Year’s Eve tradition is the University of Arizona Downtown NYE Bowl Bash. Downtown is closed to traffic and opened to revelers who want to celebrate the New Year. Think of it as Tucson’s Times Square.

In case you missed it on the list above, I did say a Massive Taco Drop. New York is mundane; they just drop a big ball. Tucson is doing it with style. A big, gigundous Taco Drop.

So as you plan New Year’s, come on down to the game and the party. Your attendance helps the community and contributes to the economy. It’s a family affair, and it’s a fun way to ring in 2020.

The Silicon Desert is here, it is growing, and it is making a difference. Companies are starting. Investment capital is being put to work. Collaboration is rampant.

Meet the real estate team that has worked to identify a problem, passionately and profitably deliver a solution, and produce winners on all sides.

"The lifeblood of any economy, be it local, national or international, are small and middle market companies."

New Mexico State fans celebrate after their team won the 2017 Nova Home Loans Arizona Bowl. This year’s bowl will be at Arizona Stadium on New Year’s Eve and will pit teams to be selected from the Mountain West and Sun Belt conferences.