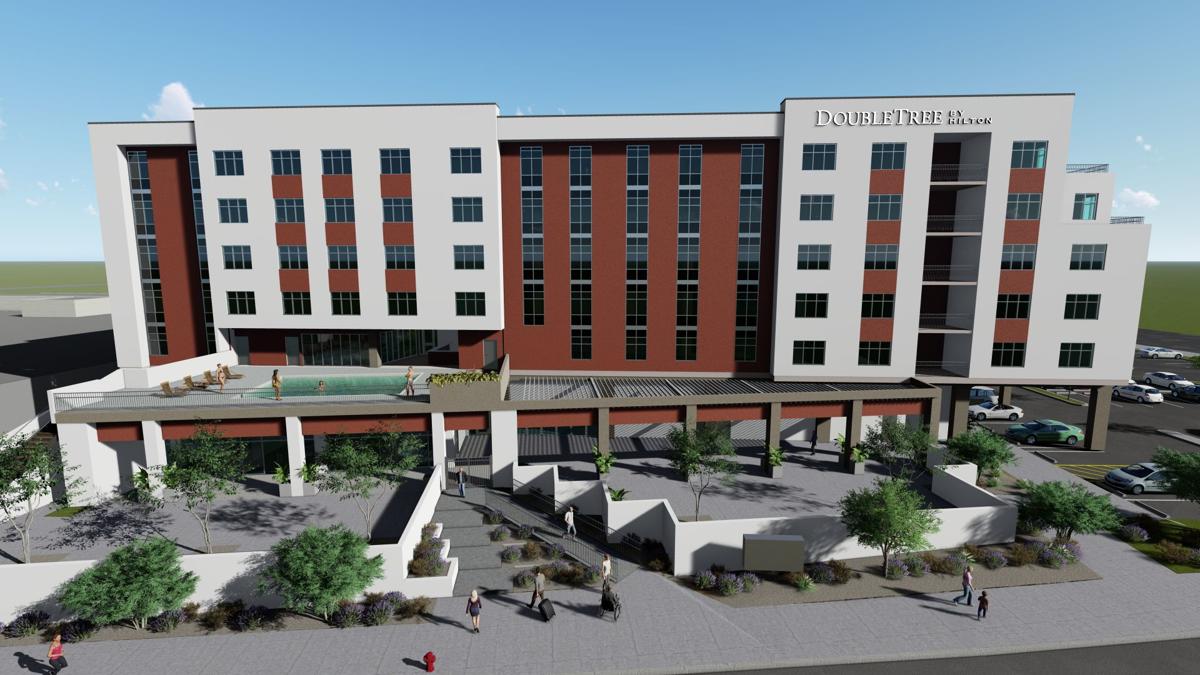 The new Tucson Convention Center hotel will have 170 rooms, meeting space, a pool, two bars and a restaurant. 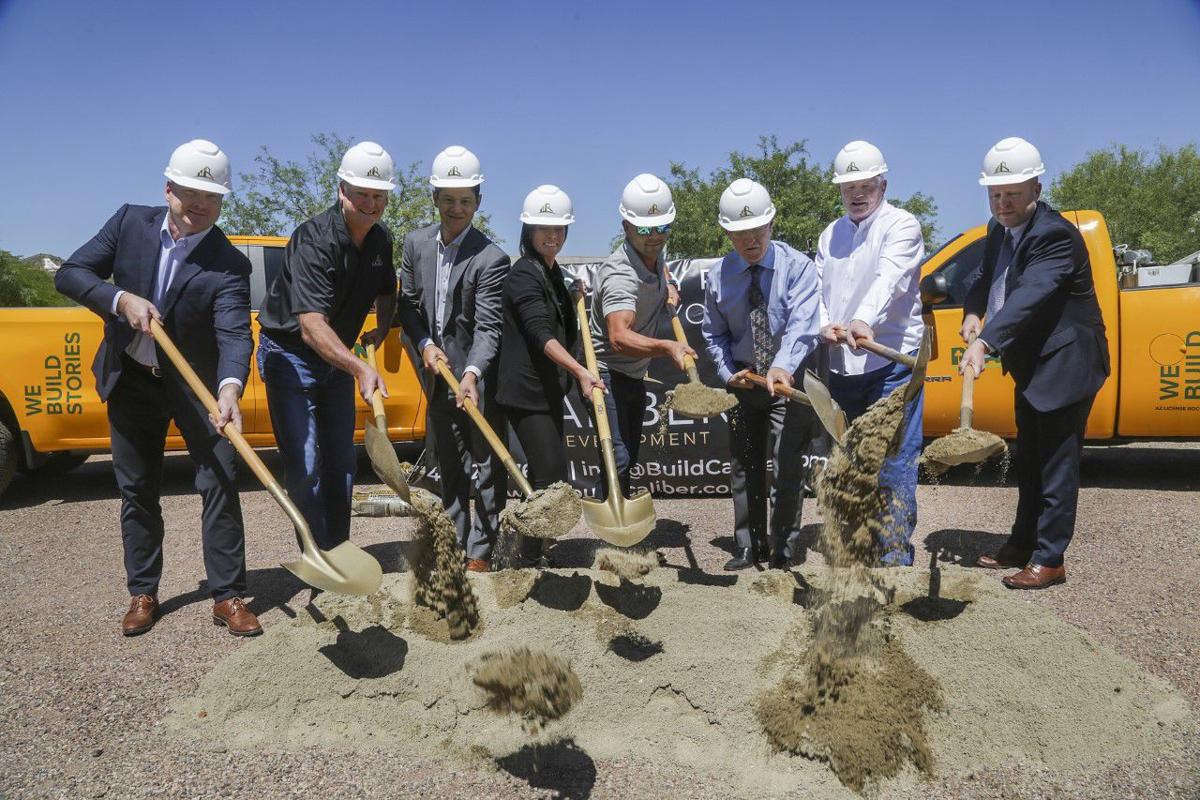 The 170-room DoubleTree by Hilton hotel will be located on the south parking lot of the Tucson Convention Center near West Cushing Street.

Construction of a long-awaited Tucson Convention Center hotel has commenced.

Officials gathered Monday for the traditional tossing of dirt to break ground on the 170-room DoubleTree by Hilton on the south parking lot of the TCC, near Cushing Street.

The hotel will feature both an entrance from the street and from the TCC, said Roy Blade, executive vice president of acquisitions and development for Caliber-The Wealth Development Co.

The six-story structure will have a second-story pool, 4,000 square feet of meeting/event space, a mesquite-themed restaurant and two bars. One bar will be inside the hotel property, the second at the entrance to the TCC.

Some parts of the hotel will involve prefabrication, said Mark Beal, division manager for construction company Ryan Cos. That means components will be manufactured elsewhere and later assembled at the Tucson site.

Ryan Cos. has worked on several Tucson projects over the last 25 years, including Tucson Electric Power headquarters downtown and the Amazon distribution center at the Port of Tucson, near Kolb Road and Interstate 10.

The convention hotel project was eligible for the City of Tucson and Rio Nuevo’s Government Purchase Lease Excise Tax (GPLET), which has spurred a lot of development downtown.

“As you’ll recall, the GPLET provides a temporary abatement of property taxes in exchange for increasing the value of the property by at least 100 percent,” Mayor Jonathan Rothschild emphasized. “To be eligible for the GPLET, independent economic analysis must show that taxpayers benefit more than the developer.”

Last month, Rio Nuevo committed to building a 350-spot parking garage for construction of the hotel to move forward.

Rio Nuevo has committed $4.6 million to the $38 million project.

The growth, however, is not an indication that the state is headed back to the days of the last decade when dependence on construction left the state particularly susceptible to recession.

The new Tucson Convention Center hotel will have 170 rooms, meeting space, a pool, two bars and a restaurant.

The 170-room DoubleTree by Hilton hotel will be located on the south parking lot of the Tucson Convention Center near West Cushing Street.