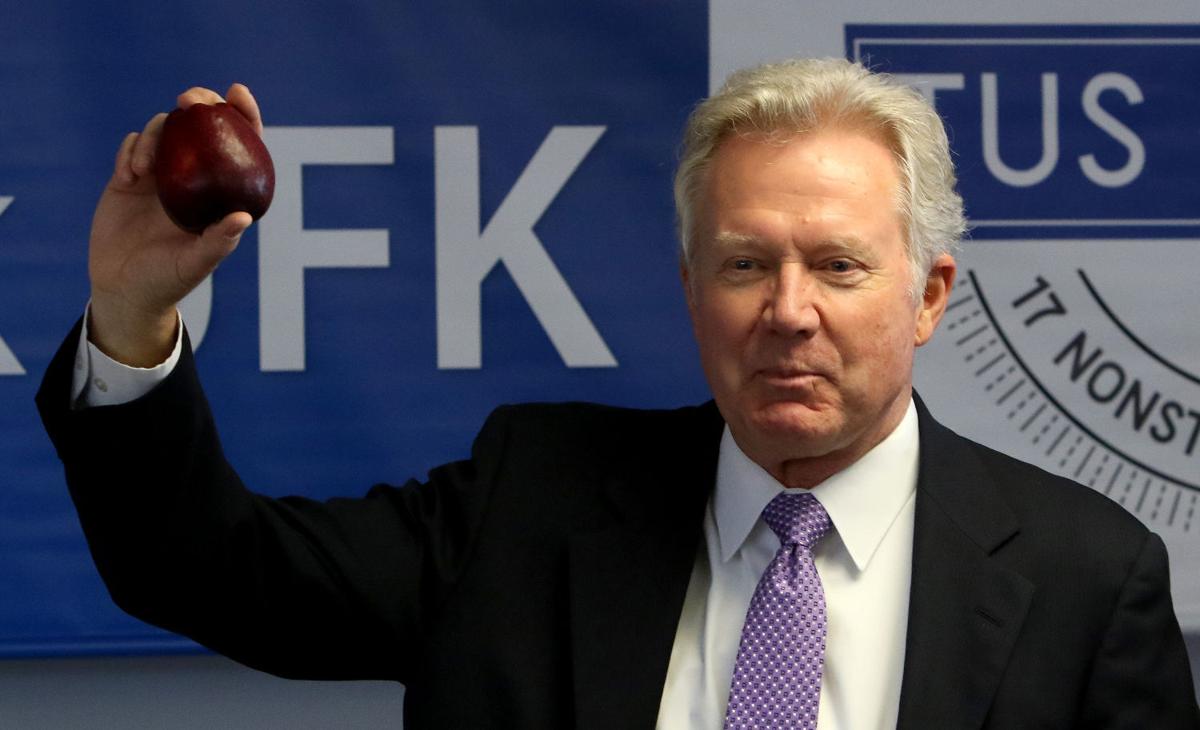 Mike Varney, head of the Tucson Metro Chamber of Commerce, says the flights open up “a world of possibilities.” 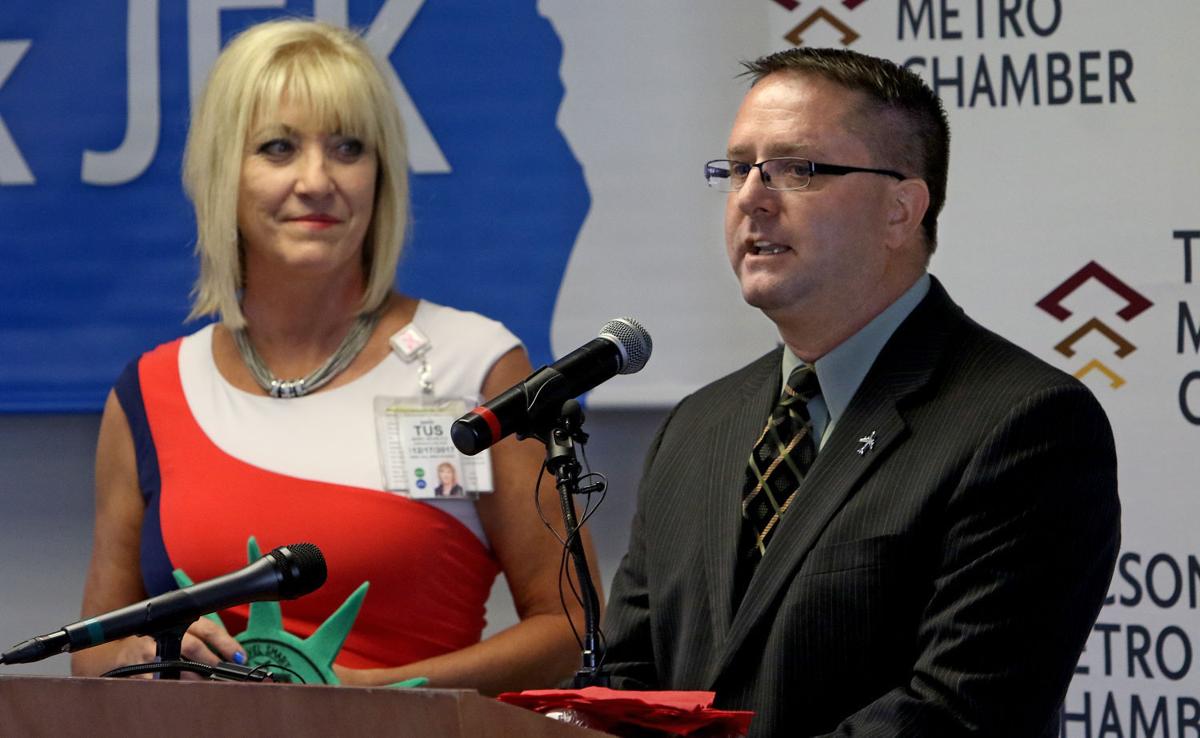 Michele Henry, left, the general manager at American Airlines in Phoenix watches as Joe Hughes, the regional director for the airlines discusses the announcement that American Airlines will start non-stop flights to and from New York’s JFK Airport starting October 7.

The Tucson Metro Chamber and business and community leaders attracted the flight through the chamber’s air-service task force.

Bill Assenmacher, chairman of the task force, said the chamber and community worked for more than a year and put together roughly $3 million in revenue guarantees to land the new flight. American can tap into the funding if the flight fails to meet financial projections, Assenmacher said.

The new flight — which boosts the number of nonstop destinations from TIA to 18 — also will qualify for up to $550,000 in airport incentives through landing-fee waivers, marketing money and other credits, the Tucson Airport Authority said.

Tucson last had a nonstop flight to the New York City area in 2008. JetBlue dropped its late-night “red-eye” from Tucson to JFK in May 2008, and now-defunct Continental Airlines cut its nonstop to Newark, New Jersey’s Liberty International Airport later that year.

Local officials were especially pleased to attract a daytime flight.

“Air service is absolutely critical to our region’s economy,” Tony Finley, chairman of the Tucson Airport Authority, told a crowd of about 100 business and community leaders, airport staffers and others on Monday.

“One of the best things about this is, this is not a red-eye flight. This flight will, unlike previous red-eye flights, coordinate with European flights” departing JFK, Finley said.

Tucson Mayor Jonathan Rothschild said the fact that American decided to launch a daytime flight to JFK is significant.

“In making this decision, American is signaling its confidence in the Tucson market, and of course we think that confidence is well-placed,” Rothschild said.

An average of 227 people per day fly out of Tucson to the New York area, and about a third of those fly out of Phoenix, he said.

“This opens up a world of possibilities,” he said of the new nonstops.

Brent DeRaad, president and CEO of Visit Tucson, said the new New York flights should boost both leisure and convention tourism to Tucson.

To help fill seats on the flights, the tourism agency plans to spend $200,000 promoting Tucson in the New York market, he said.

DeRaad noted that New York is already Tucson’s top leisure travel market, but also has been where Tucson has lost much of its meetings business, largely because of the lack of air service.

Visit Tucson, the area’s convention and visitors bureau, estimates that the area has lost $15 million in convention business from the New York area in the last three years.

“We are certainly eager to turn that around shortly,” DeRaad said. “Many New York corporations and associations simply did not have us on their radar because of that lack of flights.”

The new flights will help Tucson build on local tourism revenues that have recently shown signs of improvement, rising 6 percent last year and 9 percent this year through April, he added.

“Being able to add this flight will help keep our tourism and meeting businesses going in the right direction,” DeRaad said.

“From a network side, this is a big deal,” said Joseph Hughes, American’s regional director for government and community affairs. “This is a great deal for us for connectivity, to get Tucson out to the world. I like to say we’re one stop from the world.”

Connecting destinations beyond New York that will be served by the new flights include Barcelona and Madrid in Spain; Birmingham, Edinburgh, London and Manchester in the UK; Doha, Qatar; Dublin, Ireland; Milan, Italy; Paris; and Zurich, Switzerland.

Given the numbers of New York passengers Tucson is now losing to Phoenix, Assenmacher said he’s confident American will be able to fill the new nonstops.

American Airlines' history with Tucson dates back to 1927, when one of its predecessors, Standard Airways, flew the first commercial airline flights into the region from Los Angeles.

Now, American accounts for more than 36 percent of passenger boardings at Tucson International Airport, with an average of 21 flights a day to Chicago O'Hare, Dallas-Fort Worth, Los Angeles and Phoenix, TIA said.

Passengers can order a car from a mobile app and take it from TIA starting Thursday, June 16.

Tucson to get direct flights to Guaymas

Mike Varney, head of the Tucson Metro Chamber of Commerce, says the flights open up “a world of possibilities.”

Michele Henry, left, the general manager at American Airlines in Phoenix watches as Joe Hughes, the regional director for the airlines discusses the announcement that American Airlines will start non-stop flights to and from New York’s JFK Airport starting October 7.