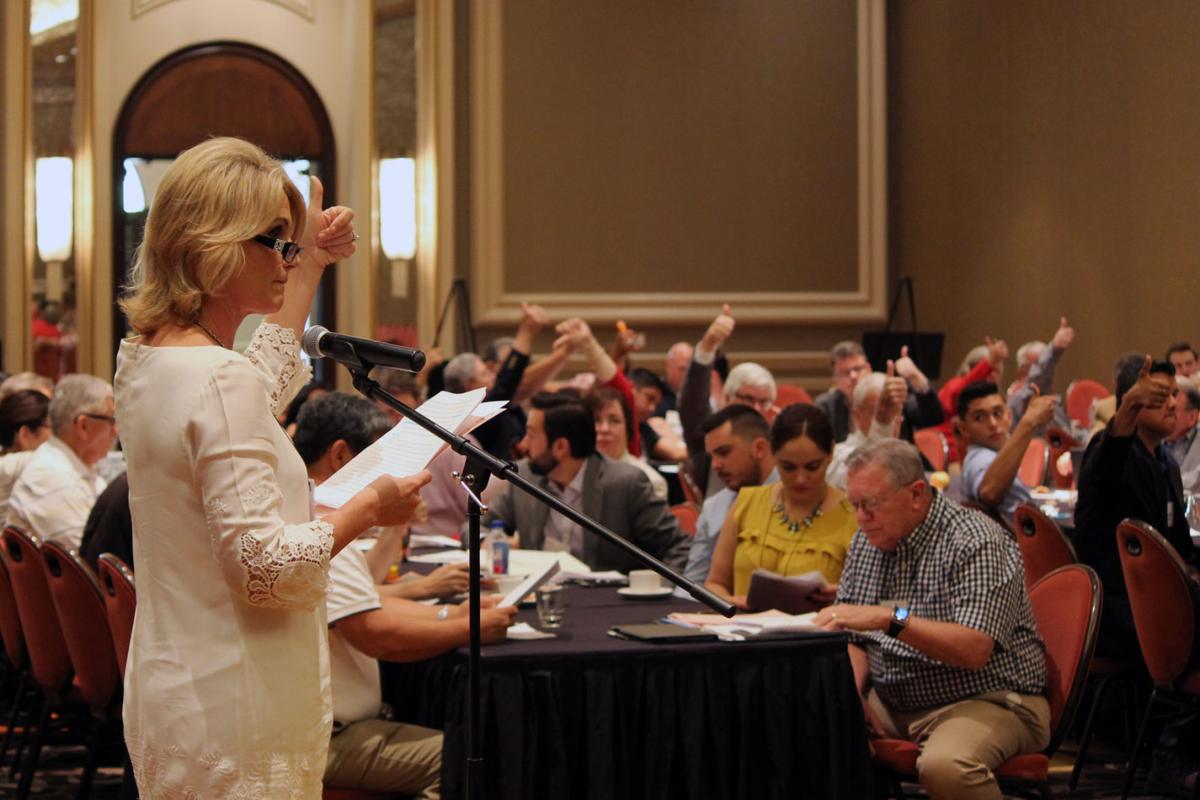 Disagreements often came down to differences in data, said one town-hall participant. Above, Shelley Mellon of Yuma takes a vote. 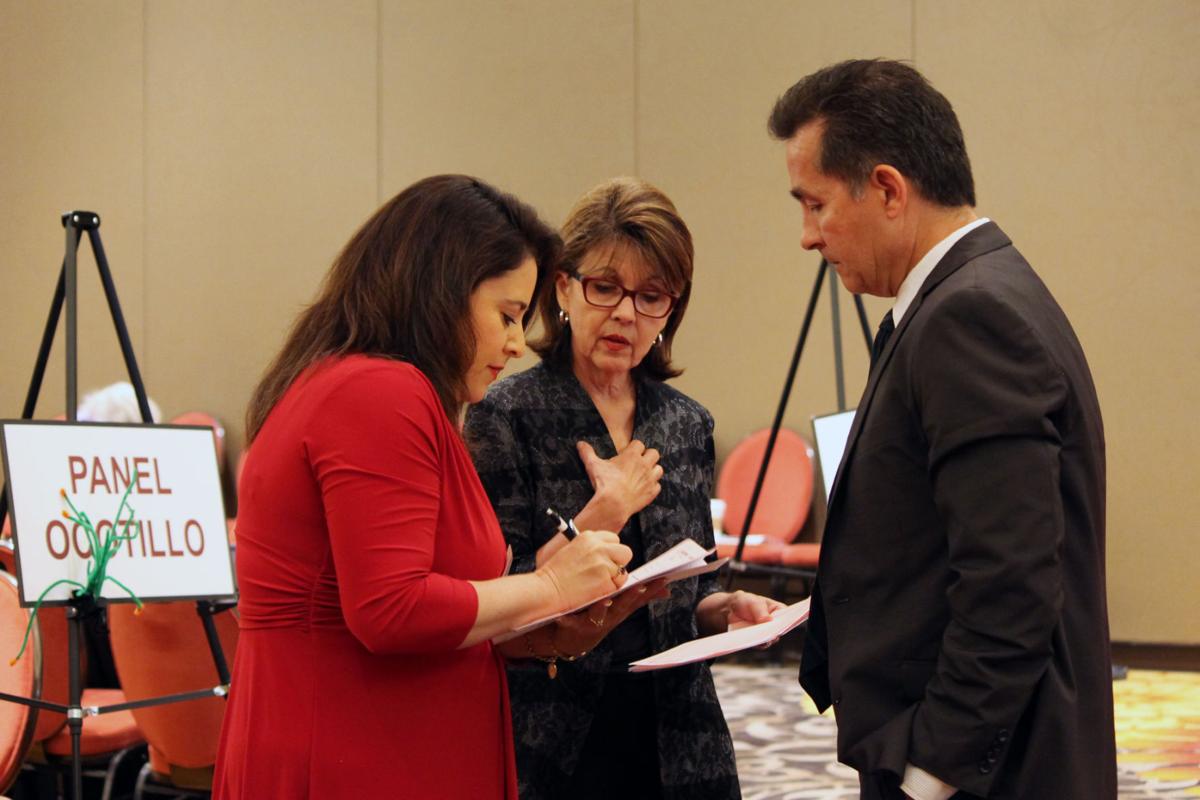 A repeal of SB 1070, state investment in infrastructure and increased staffing at the ports of entry are some of the ideas to improve economic and cultural relations between Arizona and Mexico, according to a report produced by Arizona Town Hall participants.

The state’s 2010 immigration law was widely panned for having a negative effect on the relationship between Mexico and Arizona, participants said, but it is only a piece of what needs to be done to create a truly vibrant bi-national economic region.

Investments on both sides of the border in rail, roadways, shared natural resources and energy production, ports of entry, educational opportunities, and comprehensive immigration reform are all part of a recommended holistic approach.

Although it will not be published for a few weeks, more than 100 people came together Wednesday to work on the final draft of their consensus report, the culmination of a four-day event that included speakers and panel discussions on trade, immigration and regional opportunities.

The economic arguments for expanding Arizona’s relationship with Mexico are clear: With more than $9 billion in exports, the country is by far Arizona’s largest trading partner, and Mexican tourists spend more than $2 billion annually in the state.

Mexico also has a growing middle class, up to 44 million people, and an economy projected to be the sixth largest in the world by 2050. But these facts are sometimes lost in the political rhetoric, said Sapna Gupta, senior policy analyst at Arizona State University’s Morrison Institute for Public Police.

“The media coverage of politicians talking about building a big wall at the border, and the lingering effects of SB 1070 have contributed to this perception,” she said. “Treating the border as a liability instead of the asset that it is.”

The final town hall report — which will include the consensus report produced by participants along with background information written by experts and edited by Gupta — will ideally let the facts speak for themselves and become part of the narrative about Mexico, officials said.

Working on preparing the consensus report was a great experience, said Kara Egbert, a member of the Sahuarita City Council. While she was familiar with many of the issues, the discussion process with fellow participants was enlightening.

“The ideas weren’t new but more the details and the different challenges that are out there, seeing firsthand people’s experiences and just having a greater understanding of some of the viewpoints,” she said.

By design, town hall participants are a diverse group, with different backgrounds and political ideologies, but they all have a passion for civic engagement and a desire to help Arizona, Egbert said.

“Our group was really looking for understanding,” she said. “It was amazing to hear their perspectives.”

While the process was respectful there were certainly disagreements during discussion, participants said, but almost everyone there came with an open mind.

“We certainly had people who disagreed but a lot of it was just fact checking, it was usually just a difference in data,” said Lea Márquez-Peterson, president and CEO of the Tucson Hispanic Chamber of Commerce.

If anything, people came to the room with different perceptions and different priorities, she said, some talked about infrastructure and transportation, others about misperceptions in the media, and others about trade and economic development, but it all fit together in the consensus report.

That report, while important, is only part of what makes the town hall experience have an impact, said Tara Jackson, president of Arizona Town Hall.

“Hopefully participants go back to their communities and they start making changes based on what they learned,” she said. “People leave with new knowledge and information about how we can develop a better binational economic region.”

Already, the Tucson Hispanic Chamber of Commerce has committed to translating the final report into Spanish and distributing it to Mexican chambers in Sonora and Mexico City, Márquez-Peterson said.

“How in the world do we expect to grow economically and to compete ... if we shut down our borders?"

Changing the perception of the border is part of town hall's goal.

Tucson Health Association will launch Tuesday to attract a share of the lucrative market in foreign patients.

Disagreements often came down to differences in data, said one town-hall participant. Above, Shelley Mellon of Yuma takes a vote.