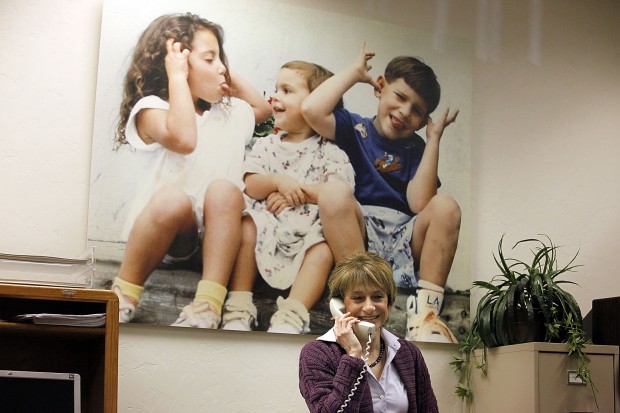 Cindy Parseghian receives congratulations from a well-wisher after being named the Tucson Chamber of Commerce's Woman of the Year. Parseghian is standing under a photo of her late children, from left, Marcia,Christa, and Michael, after whom she founded the Ara Parseghian Medical Research Foundation. 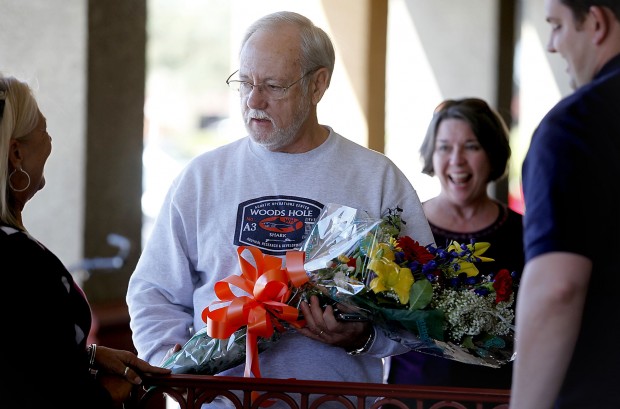 Bruce Dusenberry receives congratulations from Kerri Wilson of the Tucson Chamber of Commerce after being named chamber's Man of the Year. He was surprised with the news on Thursday. 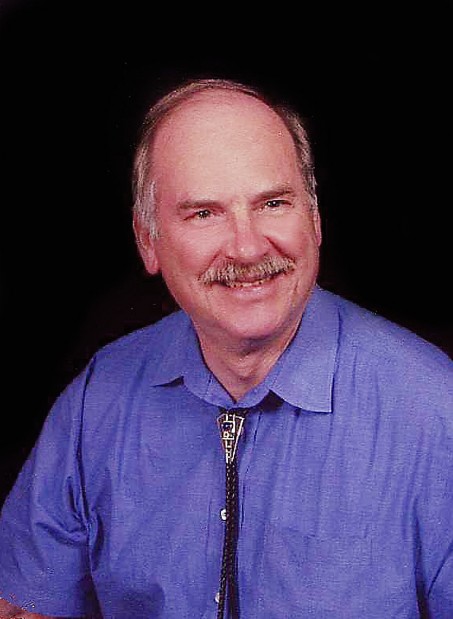 The chamber sprang the news on the Man of the Year, the Woman of the Year and the Founders Award recipient, as the three went about their daily business on the last day of 2009.

The Man and Woman of the Year Program honors individuals who've shown considerable contributions to the community in the past year, said Kerri Wilson, the chamber's special-events manager. The Founder's Award, established by the chamber in 1985, honors an individual for long-term commitment to the community.

Parseghian, 54, founded the Ara Parseghian Medical Research Foundation after learning that three of her four children had been diagnosed with a deadly genetic disorder. Her children, Michael, Marcia and Christa, each died of Niemann-Pick Type C disease before reaching adulthood. Because of that tragic loss, Parseghian started the foundation with help from her father-in-law, the foundation's namesake and a well-known former Notre Dame football coach. Since its formation in 1994, the foundation has raised more than $35 million in funds to fight the rare genetic disorder.

Parseghian said she was surprised to receive the honor. She thought she might be getting a puppy or a set of golf clubs when her husband, Michael, insisted they go Thursday to the foundation's headquarters in the Catalina Foothills.

"I'm not sure I'm the one that deserves this," Parseghian said.

She credited numerous volunteers in the Tucson community for the accomplishments of the foundation. She also praised her 23-year-old son, Ara, who has excelled in life despite the loss of three of his siblings.

But Lisa Lovallo, a vice president with Cox Communications, said she nominated Parseghian for the award for her contributions to San Miguel High School in addition to the work she does with the foundation.

Lovallo said Parseghian, who chairs the board of trustees for the Catholic college preparatory school, has both a "passion and compassion" for children.

Dusenberry, 59, the president of Horizon Moving Systems, received numerous endorsements from supporters of Davis-Monthan Air Force Base due to his efforts to further talks between community groups and the base, the chamber said.

On top of the economic benefits the base provides, Dusenberry said the airmen and retirees are integral parts of the community.

"This is an aviation community," Dusenberry said. "Tucson and the base have been partners for decades."

He has also served the community through involvement with the American Heart Association, the Tucson Airport Authority, the Southern Arizona Leadership Council and many other organizations.

His commitment to Tucson runs deep, and his parents were active in the region as well, he noted. "I was born and raised here," he said. "This is where my roots are."

Horizon was founded in Tucson in 1924 and has offices around the state.

Dusenberry seemed stunned to receive the honor as he arrived to eat lunch with his family at a midtown pizza place.

"Are you kidding me?" he said to a chamber representative handing him a bouquet of flowers.

Schaefer, 75, was nominated for his leadership skills and for the "life-changing" contributions he's made to Arizona in science, education, photography and social services, according to the chamber.

The former University of Arizona president's interest in photography and friendship with Ansel Adams led to formation of the Center for Creative Photography.

He said one of his proudest accomplishments was getting the UA into the Pac-10 athletic conference.

"I love this community," said Schaefer, also a longtime leader of Research Corp. "I believe in it, and I want it to succeed in every way."

The chamber cited Schaefer's decades of contributions to the community, including his efforts to get funding and put together a scientific team to build a multiple-mirror telescope.

Like the other honorees, Schaefer was surprised to receive the award, saying maybe it should instead go to his wife, Helen.

Cindy Parseghian receives congratulations from a well-wisher after being named the Tucson Chamber of Commerce's Woman of the Year. Parseghian is standing under a photo of her late children, from left, Marcia,Christa, and Michael, after whom she founded the Ara Parseghian Medical Research Foundation.

Bruce Dusenberry receives congratulations from Kerri Wilson of the Tucson Chamber of Commerce after being named chamber's Man of the Year. He was surprised with the news on Thursday.