How Rubs adds shops, jobs in down economy
Share this
1 of 2 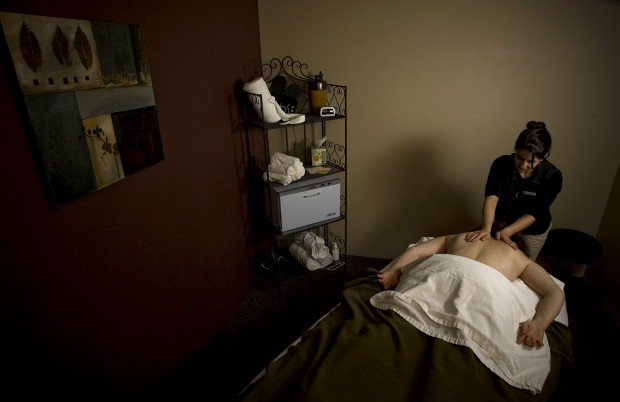 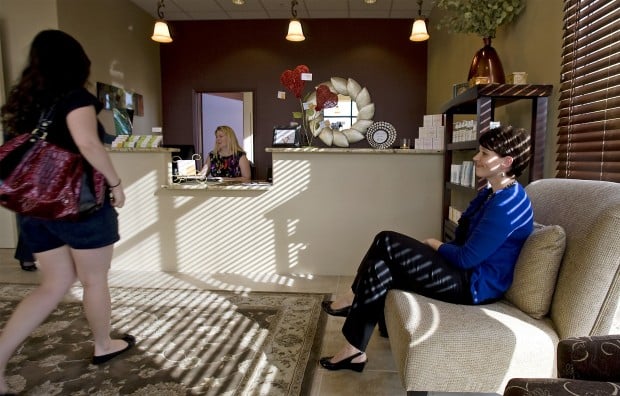 Heather Dominguez, right, waits for a job interview with Rubs Massage in Oro Valley. Rubs now has five massage shops in Tucson and is growing despite the difficult economy.

While the economy has been tough on new businesses in the past several years, it hasn't stopped former massage therapist Shelene Taylor from building a small empire of massage shops.

She's opened five locations in her local Rubs chain - which she started in 2004 - with two in the last year. The expansion has added 50 jobs to Taylor's payroll, upping the total to 120.

The newest location is at 10580 N. La Cañada Drive, which opened in mid-November. That followed the April opening of a Rubs at 7385 S. Houghton Road.

We chatted with Taylor about her secrets of success.

Q: How are you able to thrive when others are hurting?

A: "I think it's our focus on the customer's experience. We meet people's needs. We match people up with the right therapist so they receive the right experience. … If they don't, we guarantee our services.

"We have great hiring standards. We don't just hire people because they're licensed therapists. … They have to have a certain skill set and a certain level of professionalism."

A: "From what I've heard around the country, we're one of the few that has expanded at all."

Q: But you haven't felt the sting of the economy?

A: "We haven't. I think it's because people are stressed and taking care of themselves. Maybe they're not traveling as much. We've experienced growth over the past year."

Q: What in particular do you do well that helps your business?

A: "I manage my money really well. We really pay attention to how we manage our money and our marketing. Most new clients come from referrals and signage. We're also located on great streets."

Q: Do you have low turnover?

A: "We're pretty good at retaining people. We have performance-based pay, so it's all in their hands, so to speak. We do lose people to the spas. They pay more and charge more."

Q: Why do people get massages?

A: "About 80 percent of the people coming in are coming for stress relief as part of a wellness program. Twenty percent come to relieve specific chronic pain."

Heather Dominguez, right, waits for a job interview with Rubs Massage in Oro Valley. Rubs now has five massage shops in Tucson and is growing despite the difficult economy.