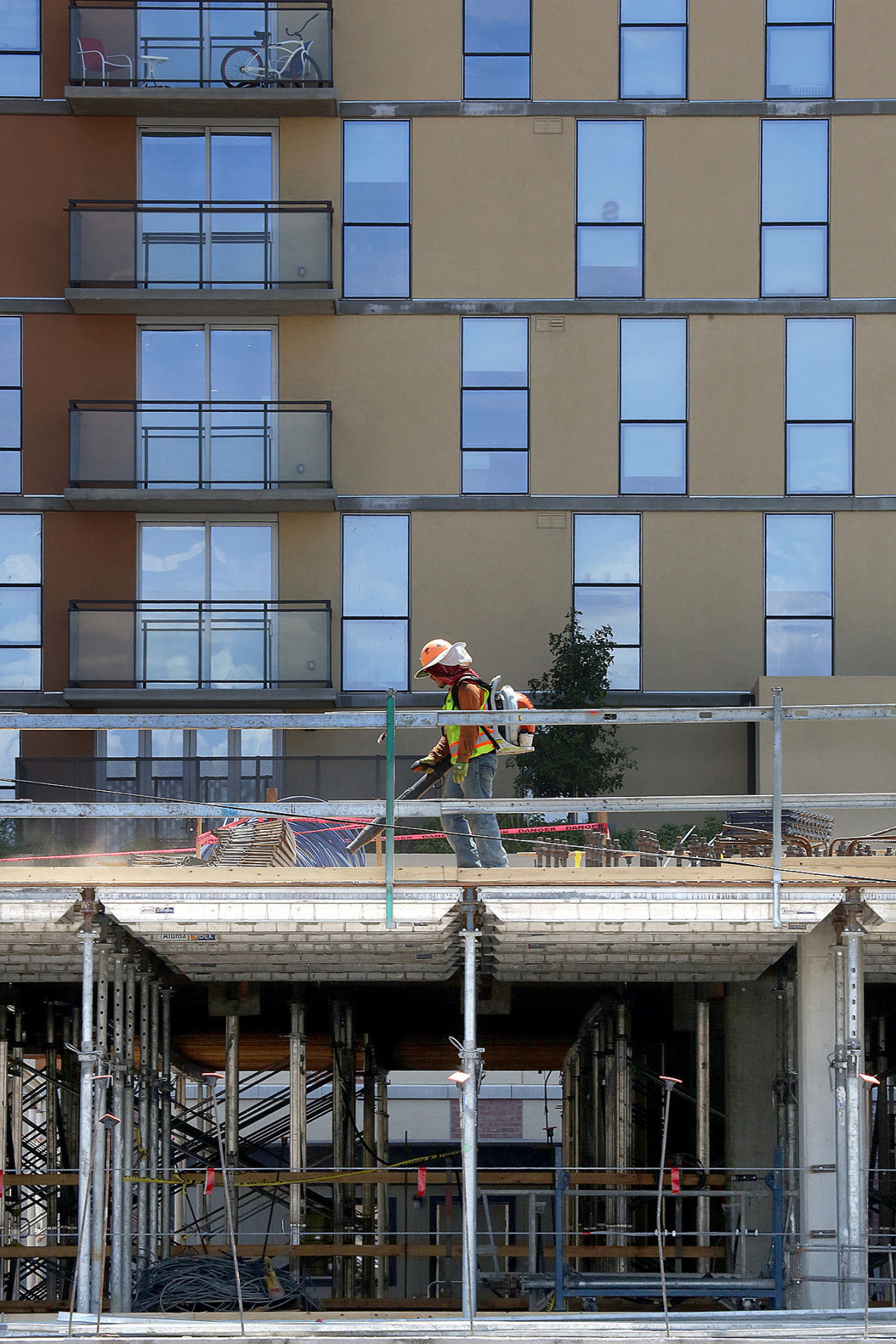 The Hub on Campus Tucson 2, going up on North Tyndall Avenue, likely marks the end of such projects for a while, says a housing specialist who monitors student-housing occupancy rates. 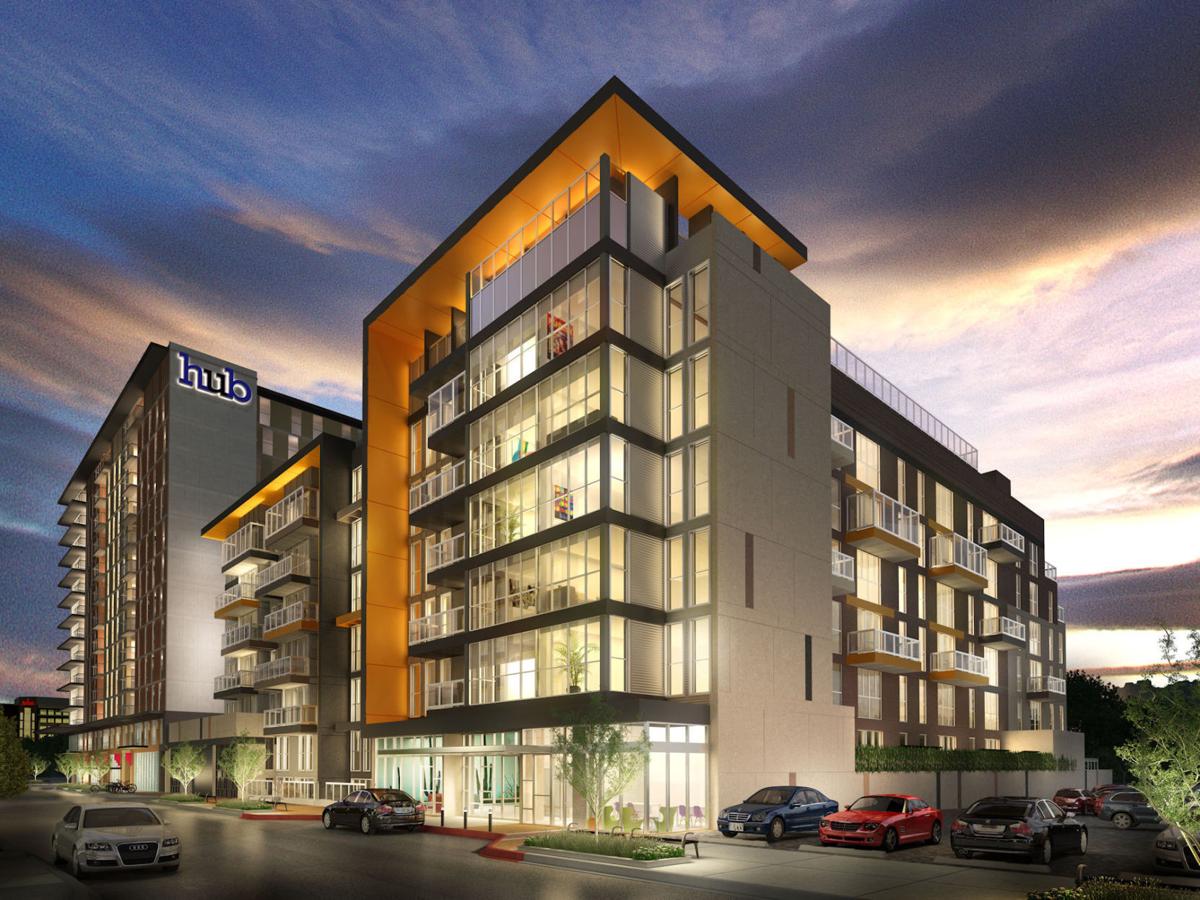 An artist’s rendering of what the new complex will look like. 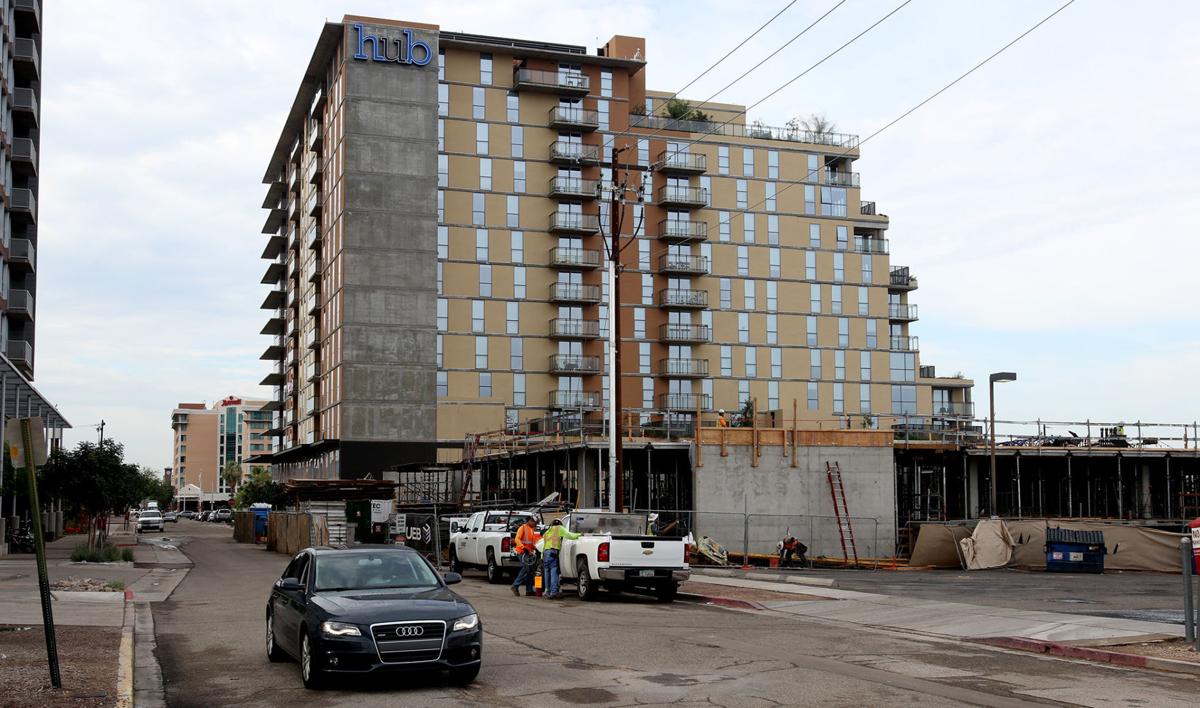 Construction continues on the Hub on Campus Tucson 2, foreground, a smaller companion to the existing Hub. 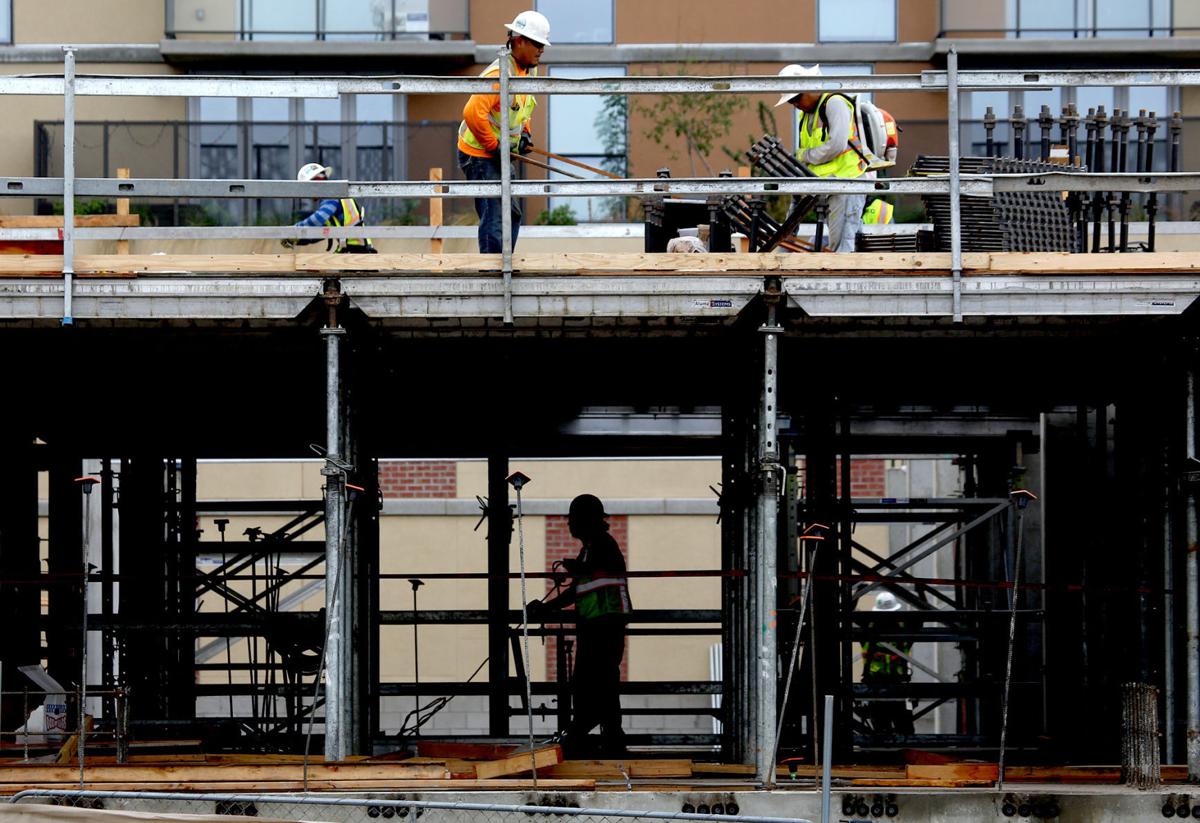 Ongoing construction in Pima County includes work on the six-story Hub on Campus at the University of Arizona campus. Construction added jobs statewide in September but remains far below its pre-recession peak, according to a new state report.

The newest student housing complex in Tucson will feature a nod to rural Arizona, with neon cactus in the lobby and a custom-made jeep with a hood that doubles as a gas grill.

Construction of the six-story Hub on Campus Tucson 2 high-rise is expected to be complete by fall 2016. It will be on North Tyndall Avenue, near North Park Avenue and East Speedway.

Amenities will be similar to its neighboring sister complex, Hub at Tucson, which includes a spa and study rooms equipped with computers and printers, said Benjamin Modleski, chief operating officer for Core Spaces, developer of the projects.

It will have 104 units with 311 beds in one- to five-bedroom models. Rents will range from $525 to $1,600 per bedroom. That includes all furniture, appliances and utilities.

Modleski said the “playful take on the rural Route 66 motif” is the main difference from the modern design of the first tower.

“It’s an ambitious design but we think the students will really appreciate our efforts,” he said.

A construction permit of $18.8 million was issued for the project at 1023 N. Tyndall Ave. The general contractor is UEB Builders.

Like its 14-story sister, Hub on Campus Tucson 2 will have a rooftop terrace and ground-level parking garage for vehicles and bicycles.

The two towers are the only ones the Austin, Texas-based company has in Tucson.

“Proximity to campus is something we take a look at very seriously when we look at a development market,” Modleski said. “We believe in the academics and strength of the university here and foresee strong growth in this market well into the future.

“If the right location were available, we wouldn’t hesitate to explore investing further in the area given that the overall occupancy for the market remains very high.”

It was the enactment of the Downtown Area Infill Incentive District and the Main Gate Urban Overlay District that allowed these developments to constructed adjacent the university and downtown, said Mike Chapman, senior vice president of NAI Horizon and a multifamily and student-housing specialist.

In 2012, the city of Tucson created a zoning overlay district to create density along the streetcar line, which permitted developments of up to 14 stories. Previously, the limit was four stories.

“When the student-housing developers were first looking at our city in the early 2000s, the existing zoning, near the university, did not allow for densities and heights that would make modern student housing possible or financially feasible,” Chapman said. “The only option was to build on closest available zoned sites, some of which were in the Tucson Mall and Starr Pass/Pima Community College areas.”

Vacancy rates at 21 of the larger purpose-built student-housing complexes around town are lower than in the traditional rental community, despite being almost twice as expensive per square foot, Chapman said. He monitors occupancy at those properties that are privately owned.

“No one knew for sure how all of the new properties would be absorbed or how deep the market was,” Chapman said. “It’s done great.”

While the outlying student complexes initially felt the impact of the fancy towers, their ownership and management retained tenants by offering more affordable rates, having abundant free parking and adding frequent shuttles to offset the hassle and expense of university parking.

“The market has been remarkably resilient,” Chapman said. “With the volume of people, they could afford to get a bus and advertise themselves all over campus.”

For parents, the rents of $350 to $600 a month are very affordable and come with many amenities for their kids.

But, the new Hub tower will likely mark a slowing of new developments targeting students.

“The general consensus is that these new properties leased up very nicely,” Chapman said, but he doesn’t foresee more projects of this magnitude in the near future.

One example he gave was of developers that were contemplating a student-housing complex in the university area and now have changed their focus to a hotel product.

“I think we’re going to see this one (Hub 2) come up and then it’ll be pretty much over,” Chapman said. “We’re fairly saturated with this type of property for a while.”

The Hub on Campus Tucson 2, going up on North Tyndall Avenue, likely marks the end of such projects for a while, says a housing specialist who monitors student-housing occupancy rates.

An artist’s rendering of what the new complex will look like.

Construction continues on the Hub on Campus Tucson 2, foreground, a smaller companion to the existing Hub.

Ongoing construction in Pima County includes work on the six-story Hub on Campus at the University of Arizona campus. Construction added jobs statewide in September but remains far below its pre-recession peak, according to a new state report.