This composite of six images, facing east, shows the valley in the part of the area proposed for Rosemont Copper's open-pit mine in the Coronado National Forest in the Santa Rita Mountains south of Tucson. 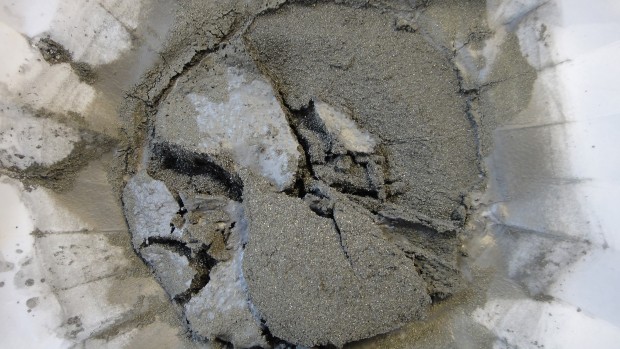 From left, flotation concentrate (shining chalcopyrite), copper concentrate in a very fine, wetted, sand form; a solution of all the minerals in the copper ore rock, plus chemicals and water used to separate the calcopyrite; a compound containing copper, along with iron and sulfur, the basic compound in copper concentrate. 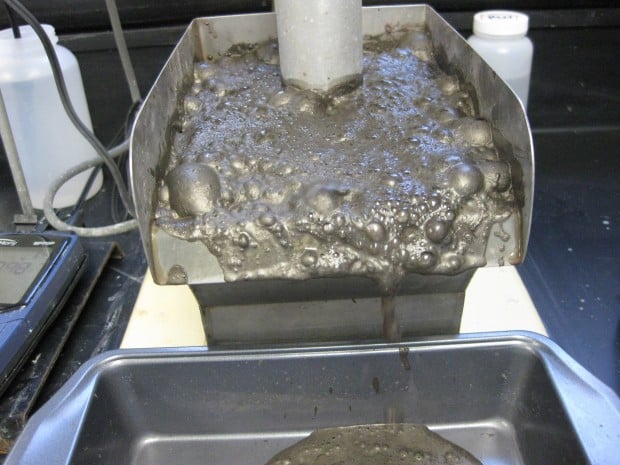 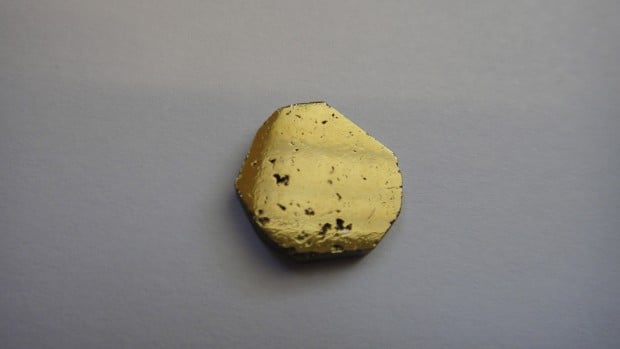 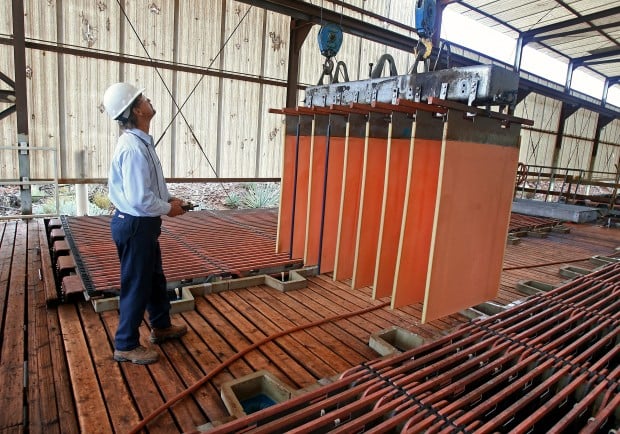 A worker moves copper cathodes, a process Rosemont has decided against, at a mine near Benson.

Higher costs and profits than previously forecast are on tap for the proposed Rosemont Mine, says a new feasibility study.

Building the mine will cost $1.226 billion, or 32 percent more than predicted in an earlier feasibility study done in 2009, says the new report, written by M3 Engineering and Technology Corp. of Tucson. The study was done for Augusta Resource Corp., the Vancouver, B.C.-based parent of Rosemont Copper, which is based in Tucson.

The new study looks at the financial impacts of a recently announced change in Rosemont's mining plans:

• At the same time, Augusta is scrapping plans for a heap-leaching, solvent extraction operation that would produce copper cathodes - almost pure copper bars - from copper oxides, which would have produced 155 million pounds of copper over the mine's life.

The result of these and other changes is that the company's projected after-tax income - $6.9 billion over the mine's 21-year life - was pegged at 43 percent higher in the new study.

Investors in the mine project will get a 37.9 percent return after taxes based on the new study, compared to a 28.5 percent return in the 2009 study.

The mine's higher construction costs are due in part to about $120 million in escalating costs for equipment, materials and labor, Augusta President and CEO Gil Clausen said in a conference call with stock analysts in late July.

The rest is due to changes in the scope of the mine's plans, Clausen said.

First, the company's plan to eliminate heap leaching and solvent extraction will save $65 million in construction costs. But the company will have to spend more money to upgrade its tailings filtration plant and stacking system, and to buy an additional hydraulic shovel and a couple of extra trucks, Clausen said.

It also must spend more on land purchases, water management and other forms of environmental mitigation to help Rosemont Copper meet the requirements of the U.S. Forest Service's preferred plan for the mine's layout, Clausen said. The company is also adding equipment to its copper concentrator to maintain the higher production levels.

The company already has spent $123 million on Rosemont, including $90 million on equipment and $23 million on various engineering, procurement and construction management expenses, Clausen said.

Overall, Rosemont's capital costs are low compared to other proposed or planned copper mine projects, the company said in its investor presentation. It ranked Rosemont's capital cost of about $4 per ton, the seventh lowest out of 37 planned copper projects worldwide. The rankings came from Cannaccord Genuity, a Canada-based global investment bank.

"We stack up well compared to all competitive projects out there," Clausen told the analysts. "Combine that with the jurisdiction in which we are operating, it significantly reduces the risk for Rosemont compared to almost any other project."

While the new feasibility study didn't give reasons for expecting higher profits, it based its forecasts on significantly higher copper prices compared to 2009.

The company has given up more than $380 million of expected revenue - as shown in the 2009 feasibility study - by abandoning its planned heap leaching-solvent extraction operation that would have produced 155 million pounds of nearly pure copper cathodes total.

But the new study projects $19.2 billion from the sale of copper concentrates from sulfide production, compared to $12.6 billion projected in 2009. That's partly due to the company's new estimate of 667.2 million tons of sulfide reserves, up 22 percent from 2009.

Where will the money to build this mine come from?

But it's possible the sources could still include export-import banks, Augusta and Rosemont Copper officials said in a statement to the Star.

"Project financing is under way and we are confident in our ability to raise the funds," they said.

Since late last fall, they have said they expect to raise additional capital in a few months, but that hasn't happened yet.

One skeptic about the company's ability to raise funds is Michael Rieber, a retired University of Arizona mining economist.

Rieber disagreed with the Rosemont feasibility study's use of copper prices to project earnings, saying past prices may or may not have anything to do with future prices, and future prices could be subject to a radical change in a very short time. He prefers to look at projected future demand by industries using copper, mainly manufacturers.

He also said, "Do you want to bet on whether or not we have a continuing recession? The riskier this thing gets, the less likely it is to be fundable on debt financing. Who is going to pick up the debt?"

But in Clausen's July conference call, he predicted the additional money for mine construction would be raised by the end of 2012.

"Rosemont Copper continues to be a strong project, with low risk and a high level of interest from investors," Rosemont said in its statement to the Star. "We do not want to raise the capital required for construction too early, as interest costs begin accruing upon capital commitment."

An examination of the environmental issues surrounding Rosemont's plans to increase copper concentrate production from sulfides, and to eliminate heap leaching of copper oxides.

This composite of six images, facing east, shows the valley in the part of the area proposed for Rosemont Copper's open-pit mine in the Coronado National Forest in the Santa Rita Mountains south of Tucson.

From left, flotation concentrate (shining chalcopyrite), copper concentrate in a very fine, wetted, sand form; a solution of all the minerals in the copper ore rock, plus chemicals and water used to separate the calcopyrite; a compound containing copper, along with iron and sulfur, the basic compound in copper concentrate.

A worker moves copper cathodes, a process Rosemont has decided against, at a mine near Benson.