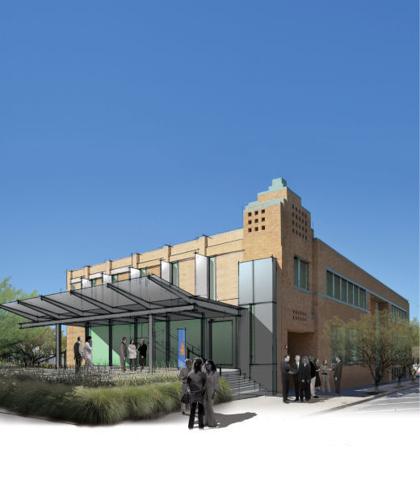 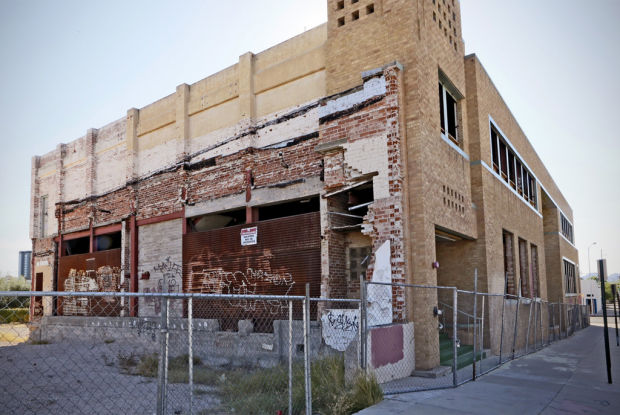 Tucson-based Mister Car Wash will move its corporate headquarters to this now-vacant church education building at 222 E. Fifth St., once the site is redone. The company says it hopes to tap into the redevelopment momentum and expanding amenities downtown area.﻿ 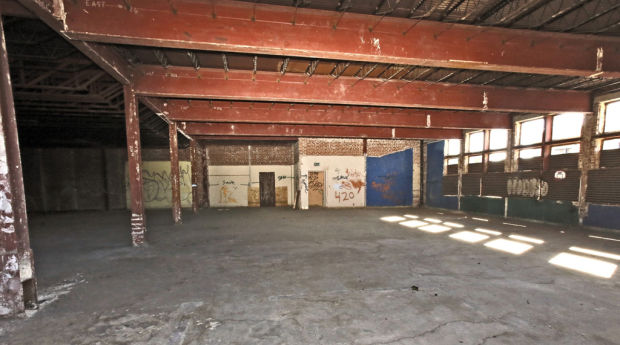 The old church-education building has been vacant for a number of years, but Mister Car Wash plans to redevelop the structure and move its corporate workers from the current Foothills site, which it has outgrown.

A 1950s church school building near downtown is getting a new life as a corporate headquarters.

The three-story former First Baptist Church education building at 222 E. Fifth St. is awaiting redevelopment as the corporate headquarters of Mister Car Wash by next May.

The company’s move from its current corporate headquarters in the Foothills will give the fast-growing car-wash chain room to grow, while helping to attract and keep young talent, said John Lai, CEO of Mister Car Wash.

The company was founded in Boston and moved its headquarters to Tucson in 1996, Lai said. After adding 39 locations in the past year through acquisitions, the privately held company has 124 washes and lube centers in 13 states, including four carwashes in the Tucson area.

Lai said it has outgrown its current location at the La Paloma Corporate Center on East Sunrise Drive and has had to house some of its 75 local corporate employees in satellite offices.

The company was also looking for a location where employees could live nearby and easily walk or bike to dine, shop or find entertainment, he said.

The old church-school building isn’t as ornate as the 1920s-era, Greek-revival-style church across the street, but it still has some old-school charm, Lai said.

“To me, it’s nice to have something with some architectural elements — it has some heart to it,” he said.

Developer Mike Wattis of Michael R. Wattis Inc. said building permits still must be approved, but he hopes to begin work on the project in November.

Wattis said plans developed for the building by local architect Rob Paulus will preserve the light-brick, ‘50s exterior and its blocky architectural features, while freeing up the space inside with a modern, open floor plan.

“It has great character. It’s built very well, and it will have a lot of flow in our redevelopment,” Wattis said.

The school building was partly demolished for a planned redevelopment into condos in 2008, but that project never materialized as the recession set in. Marred by graffiti, the old school building is boarded up with corrugated steel panels.

The Mister Car Wash project, just a couple blocks away from the modern streetcar line, is emblematic of the new energy in and around downtown and the UA, Wattis said.

Nearby and to the east is The District on 5th, a large student housing complex that opened last year.

“There is a lot of activity in the neighborhood — it’s a very cool statement. We are making that happen,” said Wattis, who has developed mainly office buildings in his 25 years in the business locally.

Project architect Paulus, who has designed downtown projects including One North Fifth, the former Martin Luther King Jr. public housing project, and the Ice House Lofts, said the project will also remove a yearslong eyesore from the neighborhood.

The prior developer demolished a chapel on the building’s east side, leaving an open wound of wall ends. In the new design, that side will form the main building entrance with a large covered patio outside, Paulus noted.

“You take a negative and make a positive — that’s becoming a really inviting entrance and courtyard,” he said.

Inside, the new design will move an existing stairway that will extend into an open staircase to the top floor, forming a grand lobby, he said.

Chris Gans, president of the West University Neighborhood Association, said the redevelopment project will remove a source of blight while perhaps injecting new blood into the neighborhood, adding that he likes the designs he’s seen so far.

“I think it’s great to see that building reused — it was such a solid building, and it’s been gutted for many years,” Gans said. “Who knows, maybe we’ll get some of these people who will want to live in the neighborhood.”

The First Baptist Church of Tucson was founded in 1881 and by the mid-1950s had more than 3,000 members. Facing dwindling membership, the church ceased services in the mid-2000s and transferred ownership of the 1920s church building at 604 N. Sixth Ave. to Crosslife Minisitries. The property is now being leased to University City Church.

Tucson-based Mister Car Wash will move its corporate headquarters to this now-vacant church education building at 222 E. Fifth St., once the site is redone. The company says it hopes to tap into the redevelopment momentum and expanding amenities downtown area.﻿

The old church-education building has been vacant for a number of years, but Mister Car Wash plans to redevelop the structure and move its corporate workers from the current Foothills site, which it has outgrown.