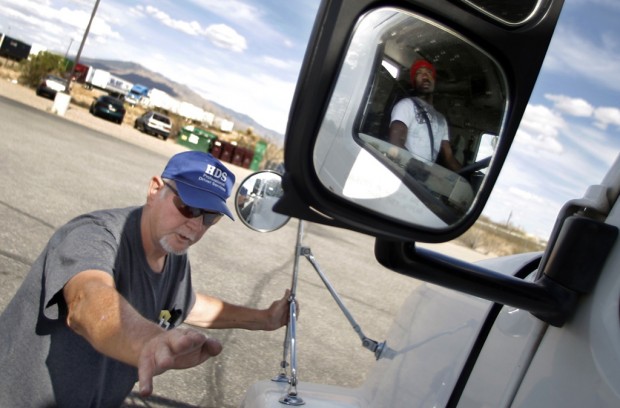 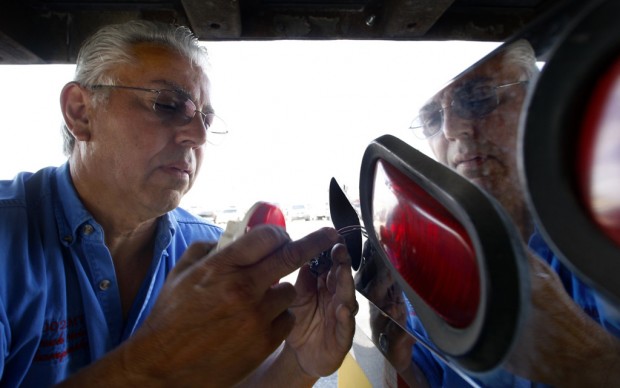 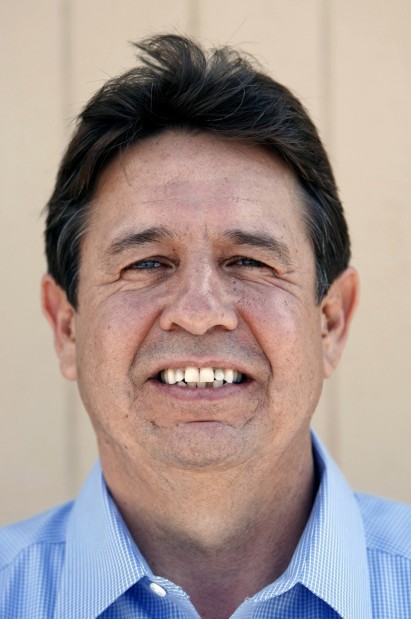 "As the economy starts coming back, a lot of the people who have other trades, like construction, will come off the road and go back to doing their prior trades."
David Wichner Arizona Daily Star

On a windswept asphalt yard on Tucson's southeast side, a gleaming white tractor-trailer rig heaves and bucks as a student practices backing in between white lines.

The student at HDS Truck Driving Institute may have had a little problem finding the right gear - but once he gets it right and graduates, odds are he'll have no problem finding a job.

While the economy struggles, trucking companies need drivers, and driving schools like HDS are growing to fill that need.

By some industry estimates, the trucking industry will face a shortage of 200,000 drivers this year and up to 400,000 next year, said Doug Prall, CEO and owner of HDS Truck Driving Institute and several separate but related schools and trucking companies.

Prall and other industry experts blame the shortages on several factors, including a retiring generation of baby boomers and increasing demand following the shutdown of thousands of trucking firms during the recession.

"As the economy starts coming back, a lot of the people who have other trades, like construction, will come off the road and go back to doing their prior trades," Prall said.

Another factor: The government is getting pickier about who it allows to ply the roads.

Last year, the Federal Motor Carrier Safety Administration launched a new safety-analysis program. For the first time, it not only scores trucking firms on safety-compliance records, but also tracks individual drivers for traffic violations and other incidents that potentially affect safety. Drivers with too many black marks can be declared unfit to drive.

All that spells opportunity for people looking for work that can pay starting wages equal to $30,000 to $40,000 a year, after training that takes as little as four weeks.

HDS offers a four-week, 160-hour class to get a commercial driver's license, or CDL, at a cost of about $3,600 including all fees needed to get a license.

HDS is among three private schools in Tucson that, along with Pima Community College, are authorized to train truck drivers by the state Motor Vehicle Division.

Graduates of HDS may find work with Prall's truck-driver staffing company, HDS Driver Services, which provides drivers for about 60 companies including Kalil Bottling and Albertsons LLC.

Graduates also may find work with Prall's 150-rig contract trucking firm, DSW Inc., which serves as a contract carrier for Phoenix-based Swift Transportation, or with other trucking firms.

Drivers also can lease trucks from the company and become independent owner-operators.

Graduates with CDLs hit the road as driver trainees or as co-drivers with experienced drivers as mentors.

HDS, which opened in 1991, starts about 30 students each month, and graduates about 250 students a year with a 98 percent graduation rate, Prall said.

Prall's operation has grown outside Tucson to meet the demand for truckers. He opened the Yuma Truck Driving School last June, after opening a school in Phoenix in 2009.

Prall said the school recommends that all students go "over the road" or cross-country for a year, adding that after a year or so of long-haul experience drivers can pretty much work anywhere.

But truck driving, particularly long-haul driving, is not for everyone.

The job entails long hours, weeks at a time away from home and dealing with significant amounts of paperwork to comply with regulations and ensure proper payment of expenses and wages, which for most long-haul operators are paid by the mile.

Prall said the school gets a lot of "pre-family and post-family" students, who don't yet have spouses or children, or are older empty-nesters including retired couples.

"We do get a lot of family (drivers) now, too, because of the economy," he said, adding that many plan to work locally after a year or so gaining their chops cross-country.

Ashley Aviles enrolled at HDS after hitting the road with her husband, who drives for DSW.

"He took me out on the road for about seven months," she said. "I fell in love with it, and I didn't think I could go without a shower."

Aviles said that when she graduates this week, her husband will become her mentor during her on-the-job training, and then the couple will drive as a team.

"We're making a better life for our family," she said, adding that the couple's children will stay with her husband's large extended family while they save money for a house.

Another HDS student, 22-year old Monique Shadle, is looking to get her CDL to prepare her for a career after she leaves the Air Force in October after a four-year stint that included deployment to Kuwait.

"I think it will really help me," said Shadle, a senior airman at Davis-Monthan Air Force Base. "A lot of jobs require a CDL."

"As the economy starts coming back, a lot of the people who have other trades, like construction, will come off the road and go back to doing their prior trades."
© Copyright 2021 Arizona Daily Star, PO Box 26887 Tucson, AZ | Terms of Use | Privacy Policy
Powered by BLOX Content Management System from TownNews.com.
You don't have any notifications.