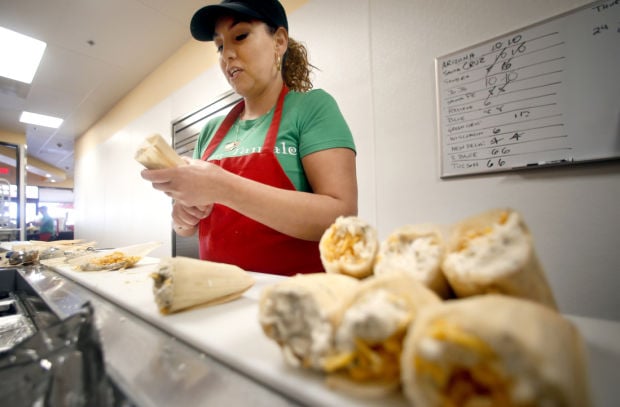 Roller Katalina Olguin wraps up one of the restaurant’s custom tamales in Tucson Tamale Co.’s second location, at 7159 E. Tanque Verde Road. The company recently opened there, and is scouting for a third location in Oro Valley.

Expanding the universe of tamales and more exposure in the media and online have helped fuel the company’s steady growth.

A worker spreads corn masa on a lineup of dried corn husks, plops scoops of spicy meat filling on top of each one and then deftly rolls and folds the product into gloriously tasty bundles.

Multiply that process a million times over a year — and throw in hours a day of mixing, cooking and chopping to prep ingredients — and you get an idea of what goes on at Tucson Tamale Co.

Making tamales is part art, part kitchen science and a lot of loving labor, but doing it right has driven a fast-growing enterprise — and vaulted Tucson Tamale into the consciousness of foodies nationwide.

“One of our advantages is, it is a difficult process, so it’s difficult for others to replicate it,” said Todd Martin, who co-owns Tucson Tamale Co. with his wife, Sherry. “On the other hand, it is difficult — we literally spent two years getting the process down.”

And the concept has been a hit: The company has thrived despite the slack economy and is expanding to meet demand.

Founded in 2008 in a midtown storefront, Tucson Tamale on Saturday celebrated the grand opening of its second restaurant, at 7159 E. Tanque Verde Road, and the company is scouting out a third site in Oro Valley.

And thanks to national media exposure spanning TV, the Internet and print, the company has built a thriving online business. To meet demand, the company is ramping up production from about 230,000 tamales in 2010 to a conservative projection of 1.2 million this year, Todd Martin said, adding that the company plans to open a regional distribution center in the Denver area by next year.

Much of the company’s growth has been through shipping orders through phone and online sales, fueled by rave reviews on websites such as Yelp and TripAdvisor, social media and exposure through a cable-TV show, online foodie media including Roadfood.com and print outlets including Parade magazine.

“Social media has really been huge for us,” Sherry Martin said. “We have people who are really passionate about our tamales.”

But success didn’t come overnight, and the venture was a bit of a gamble.

After moving from San Diego to Tucson in 1995 to be closer to Sherry, Todd got a job in phone sales at Intuit and worked his way up to become a manager at the accounting software giant’s customer and technical support center in Tucson. Sherry had already established herself as a manager of the privacy-policy unit at the Fortune 500 company.

“We were both comfortable, making sweet salaries,” Sherry recalled.

But starting a restaurant or other business was always in the long-term plan for Todd, 55, a self-described “serial entrepreneur” who started selling bubble gum in the eighth grade, and later owned a restaurant in Denver.

By the mid-2000s, the Martins had been considering a fresh-deli market concept. The tamale idea popped up quite by accident when a visitor left a tamale cookbook as a present, knowing the Martins’ affinity for tamales.

A couple of weeks later, still turning business ideas over in his head, Todd spotted the cookbook lying on a table and it dawned on him: “I looked at it and said, ‘That’s it, we’re going to make tamales,’ ” he said.

It made sense to Sherry, who noted that tamales, like sandwiches, can be packed with anything to create unique flavors.

“Corn is really just a vessel to deliver deliciousness, like a sandwich,” she said.

And tamales were something the Martins knew something about. Tamales were a family tradition for Sherry, 49, who grew up in Tucson and is part Hispanic on her mother’s side.

She recalled getting a crew of family members and friends together to make tamales around the holidays — a tradition that Todd readily embraced.

By 2008, after testing the concept on some friends, the Martins were ready to take the plunge, sinking $100,000 into their first shop at 2545 E. Broadway, Todd recalled.

The timing was tricky at best, as the economy took a steep dive as the real estate market and Wall Street melted down in October 2008 at the onset of the Great Recession.

“People would say, ‘I really like these, but I can’t spend any money,’ ” Todd said.

Gradually, word got out, and despite the still-slow economy the business has been growing on a year-over-year basis ever since.

The company’s frozen-tamale-shipping business stemmed from a request by a woman from New York who tasted Tucson Tamale’s wares while visiting the area and wanted some shipped home, Todd recalled.

When he called back to tell the woman he could ship her $72 order out via FedEx overnight but shipping would cost $120, he was surprised when she didn’t flinch, he recalled. The company can now ship the same size order via second-day air service for just $26.

Online sales have been driven by a stream of exposure from the foodie media.

Tucson Tamale is consistently in the top handful of Tucson-area restaurants rated by the online review site TripAdvisor.com, and it’s also benefited from good reviews on Yelp and a listing in at least one major travel guide.

The power of positive media exposure became apparent in 2011, when the company was featured on the Cooking Channel’s artisan-food show “FoodCrafters.” After the show aired, the company got 700 orders within three days, Todd recalled.

The company also was featured on the website Roadfood.com and in one of Roadfood’s regular segments on National Public Radio’s “The Splendid Table” show in 2010. (Roadfood.com has reviewed and recommended many Tucson standbys, including El Charro and Café Poca Cosa.) Tucson Tamale also got a pop after being mentioned in a holiday gift story in the weekly newspaper insert Parade magazine, which had a 2012 circulation of 33 million.

Michael Stern of Roadfood.com and his wife and partner, Jane (a former Tucson resident), came across Tucson Tamale during their travels in 2008 and were impressed by the creativity and care the Martins put into their food.

“The moment we walked in and looked around, we said, ‘This is very interesting,’ ” said Michael Stern, who with his wife has been traveling the country since 1978, seeking out the best regional food for their website and periodic Roadfood print guides.

“He has this concept of a tamale being, I won’t say a blank slate, but as this malleable thing you can do absolutely anything with.”

Stern said the kind of viral publicity Tucson Tamale is enjoying can be a two-edged sword, however, citing some small eateries that have gained instant Internet fame but failed to capitalize because rapid expansion eroded service or they couldn’t scale up to meet demand.

“Fortunately, Todd I think has the acumen to deal with it,” Stern said.

Today, the company can produce 2,400 tamales a day at its Broadway location with a crew of four tamale “rollers” and a prep cook, and 300 or so at its new tamalería on Tanque Verde Road.

The Martins, who now employ about 45 people, have big expansion plans but are moving forward cautiously.

Todd said the decision to locate the planned distribution center in Denver was made partly so he can spend more time with his family and 87-year mother, who live in the area, and shipping costs are cheaper there.

Todd said the Martins are actively scouting for a suitable Oro Valley restaurant location, but if they can’t sign a lease by May or so, they’ll put off any opening until after the October-through-December holiday sales crush.

For now, the couple is enjoying the success and the significant local following and support.

The menu includes traditional Mexican-style chile (chipotle) beef and green-corn tamales; a variety of meat and pepper mixes; vegan and vegetarian tamales; fusion versions such as an Italian tamale with sausage peppers and marinara and a Indian curry variant; and pumpkin-spice and chocolate-laced dessert tamales. (Some varieties are only available frozen; some are carried in local retail stores including Sprouts and Whole Foods.)

The company uses corn and oil that does not contain GMOs (genetically modified organisms), which is a growing concern among many health-conscious consumers. The vegan and vegetarian options are particularly attractive to families with varying dietary practices.

“We’ve had families who have said ‘this the one of the few foods we all can eat,’ " Tucson Tamale co-owner Todd Martin said.

To those purists who say Tucson Tamales fare is not “authentic,” it's important to note that tamales of different kinds have evolved from their reported origins among the ancient Aztecs and Mayans, to unique versions for each South American country.

“Every single country in the Americas has their own tamale tradition,” Todd said.

Martin noted that includes the U.S., which has spawned regional versions such as the “Delta tamale” (or the proper singular “tamal” in Spanish) in the Deep South. In Chicago, tamales sometimes called "corn rolls" (often machine-made) are sold by street vendors.

Mapped: New and moved restaurants in 2014

A story collection featuring some of the new and improved food joints in Tucson.

Photos: New and moved restaurants in 2014

A story collection featuring some of the new and improved food joints in Tucson.

When Carmen Prezelski hears the offending word, she doesn’t speak up.

Roller Katalina Olguin wraps up one of the restaurant’s custom tamales in Tucson Tamale Co.’s second location, at 7159 E. Tanque Verde Road. The company recently opened there, and is scouting for a third location in Oro Valley.

Expanding the universe of tamales and more exposure in the media and online have helped fuel the company’s steady growth. 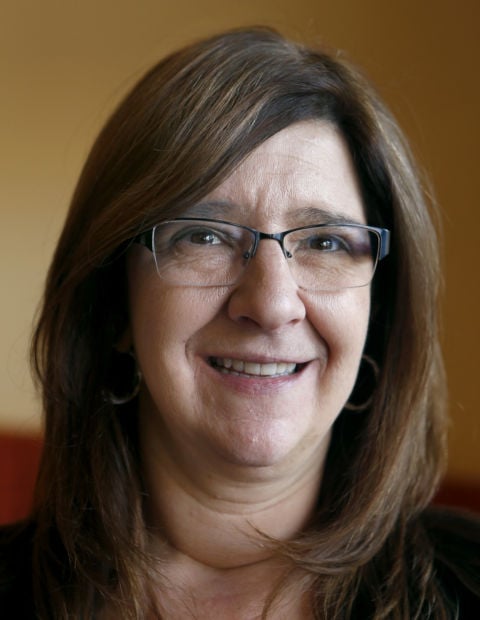 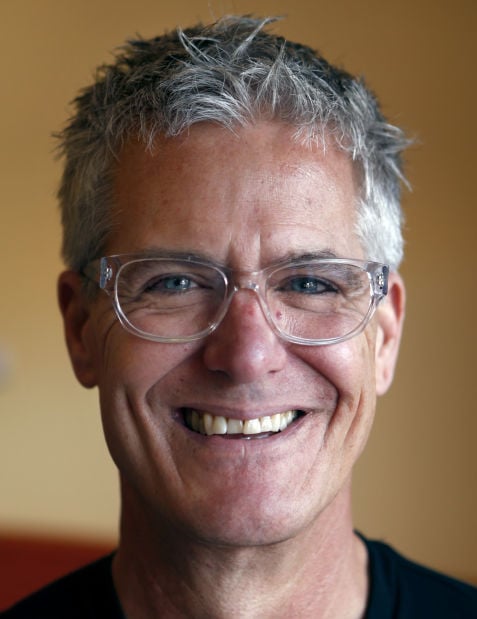