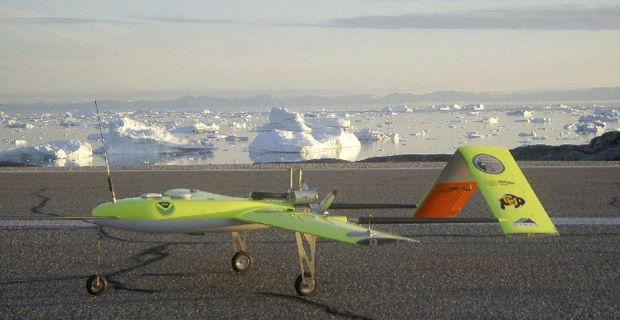 The Manta for geoscience research, shown during testing in Greenland, is one of the small unmanned aerial systems produced by Sensintel Inc., formed by Tucson businessman Matthew Pobloske. 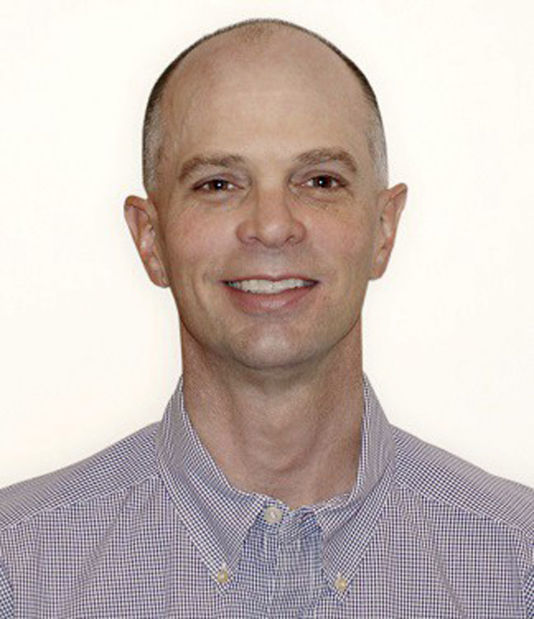 Tucson is home to a new unmanned aircraft technology company, but it's been here all along.

The new company, Sensintel Inc., was formed by Tucson businessman Matthew Pobloske, who closed Friday on a stock-purchase agreement to acquire BAE Systems' Unmanned Aircraft Programs business in Tucson. Terms of the deal were not disclosed.

By buying the local drone operation from British defense giant BAE for an undisclosed amount, Pobloske essentially reacquired the operations of Advanced Ceramics Research Inc. - which BAE had acquired in 2009 in a stock deal worth $14.7 million.

Sensintel will operate independently as a provider of small unmanned aerial systems (UAS), sensors and related services. That includes the Silver Fox UAS, the precursor of which Advanced Ceramics Research originally developed a decade ago for the Navy; the Manta UAS for geoscience research; and the Coyote, an air-launched drone.

BAE will continue to run its U.K.-based UAS division, which focuses on larger tactical and strategic drones. Those include the Mantis and stealthy Taranis combat drones, which are in the flight demonstration phase of development for the U.K.

But BAE was having trouble seeing where its Tucson programs fit in with the company's strategic plans, Pobloske said.

"Over the last couple of years, they had been trying to come to grips on where strategically our little tactical UAVs (unmanned aerial vehicles) fit into their product portfolio, and they ultimately decided that they didn't," said Pobloske, who was business development director for BAE's unmanned aircraft programs.

The idea was that the combination would result in business and technology "synergy" that would advance BAE's UAV programs, big and small.

"A lot of that synergy didn't really materialize internally for them," Pobloske said. "We were able to enjoy some benefit from that, in that we were able to kind of spin ourselves back out."

Pobloske is now sole owner of Sensintel, which has about 30 employees at 3292 E. Hemisphere Loop, the same site where Advanced Ceramics Research operated.

By becoming a smaller company, Pobloske said he hopes to foster a more entrepreneurial approach to business and product development, as well as a more empowered and self-reliant work environment.

At the same time, being part of BAE left the operation with some sophisticated engineering, manufacturing, program management and administrative capabilities for a small company, Pobloske said.

The Defense Department remains Sensintel's biggest customer, Pobloske said. The company's long-flying Silver Fox was deployed to Iraq in the early 2000s and some are still flying, Pobloske said, though he declined to name the operators involved.

While Pobloske said he can't divulge all of Sensintel's customers, he said the company has had, or currently has, contracts with all of the armed services.

The company also continues to develop its Manta UAV for geosurveying, and it recently won a couple of new contracts for its Coyote air-launched UAS.

The head of a local UAS engineering firm that has worked with Sensintel said the spinoff will help keep local jobs and allow Sensintel to grow.

"They've got a good starting point to go out and grow from there," said Jason Douglas, owner of Tucson-based Latitude Engineering and a former Advanced Ceramics Research engineer. "Obviously, as a big company it sort of limits the number of avenues they could go down."

Advanced Ceramics Research did drones before drones were cool.

Founded in 1989 by University of Arizona engineering alumnus Tony Mulligan, the company originally developed drones for the Navy for whale monitoring, while keeping its hand in materials research with a proprietary bone-replacement material.

By the mid-2000s, Advanced Ceramics Research's Silver Fox UAS was being used by the Navy river patrols in Iraq.

After BAE acquired Advanced Ceramics Research in 2009, Mulligan went on to found Sahuarita-based Hydronalix Inc., a developer of unmanned watercraft for rescue and research.

A map of the locations of Tucson technology that made the news in 2013.

The Manta for geoscience research, shown during testing in Greenland, is one of the small unmanned aerial systems produced by Sensintel Inc., formed by Tucson businessman Matthew Pobloske.