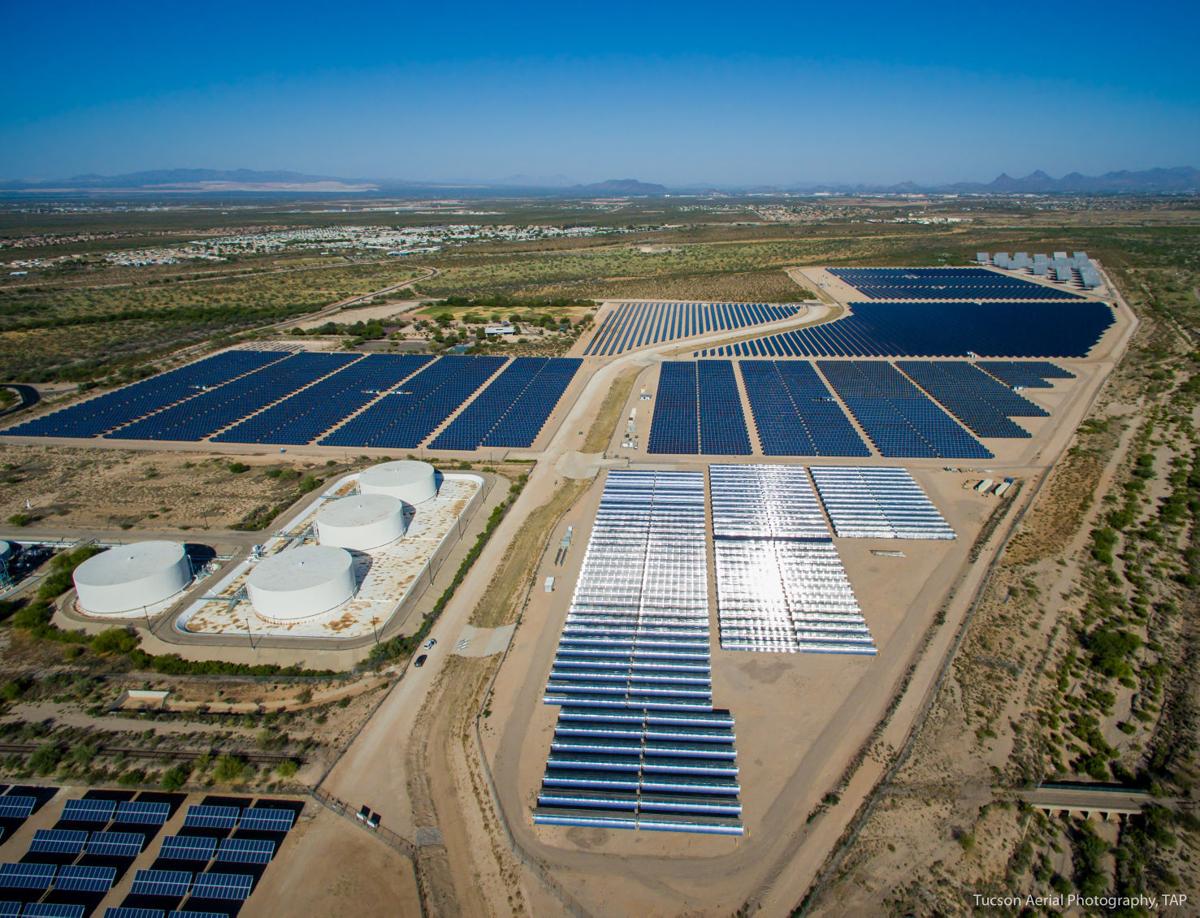 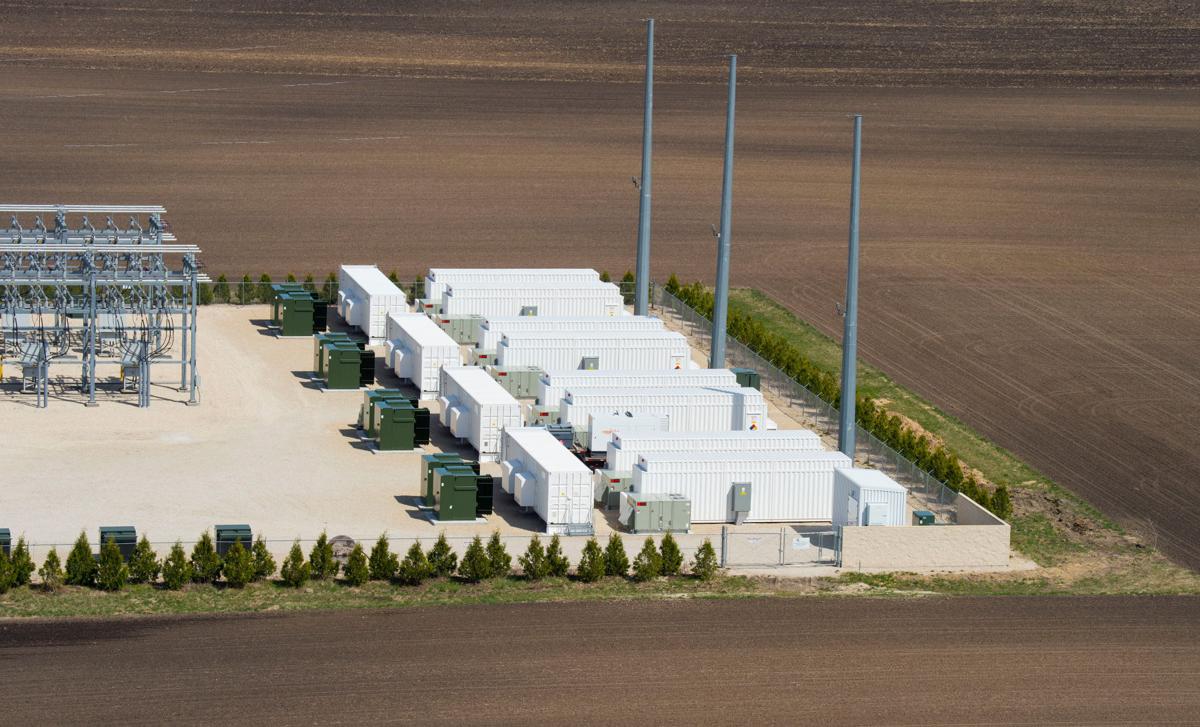 The 10MW battery system to be installed near Interstate 10 and West Grant Road could be similar to this NextEra Energy Frontier Battery storage project in Shabbona, Ill. 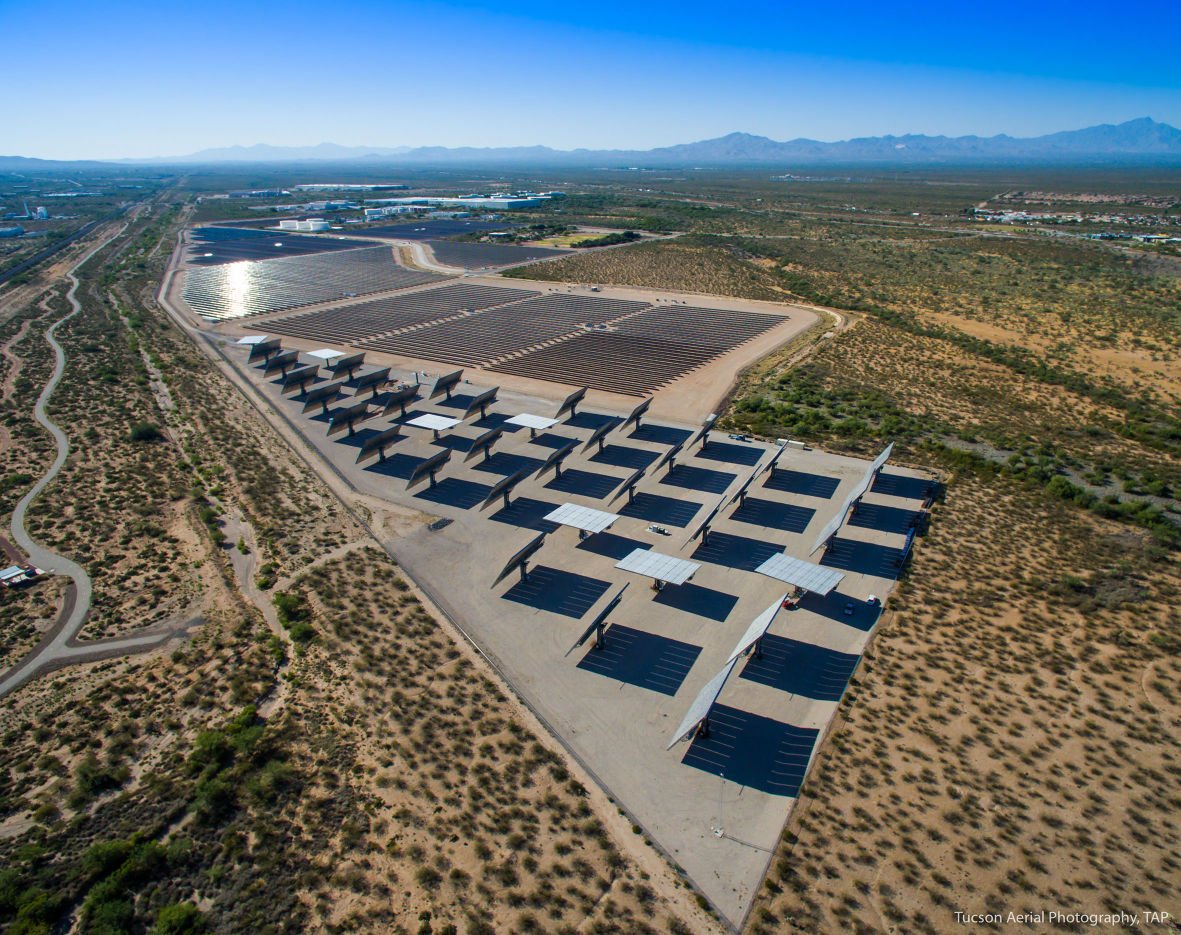 An aerial view of The Solar Zone at the UA Tech Park, between South Rita and South Kolb roads.

Tucson Electric Power Co. is making a big investment in energy storage for renewable energy and grid reliability, after state regulators approved two projects that will be the first of their kind in Arizona.

Under plans approved by the Arizona Corporation Commission on May 3, TEP is entering into long-term agreements with E.On Climate & Renewables and NextEra Energy Resources for the construction of two large energy-storage systems using lithium-ion battery technologies.

The two 10-megawatt projects will cost about $15 million in leasing costs over 10 years, but TEP and its ratepayers are getting a twofer of sorts.

After bidding out what it originally proposed as one 10MW storage system, TEP found it could buy into two that size for less than the originally estimated cost.

One project is a 10MW lithium nickel-manganese-cobalt battery system to be installed by Florida-based NextEra at a TEP substation near Interstate 10 and West Grant Road. The system is expected to be in operation late this year.

The other is a 10MW lithium titanate oxide battery storage facility and accompanying 2MW solar array to be built by Chicago-based E.On at the University of Arizona Science and Technology Park southeast of Tucson. That facility is expected to be completed in the first quarter of 2017.

The storage systems will be used mainly to improve service reliability and study how such systems can support the expansion of solar power resources and other renewable energy technologies, TEP said.

“These systems will help us build a more resilient grid at a reduced cost to consumers,” said Carmine Tilghman, a TEP senior director overseeing the company’s renewable energy programs.

E.On, part of one of Germany’s biggest investor-owned utilities, has developed two photovoltaic solar farms for TEP, a 10MW array near East Valencia and South Craycroft roads and a 5MW array at the UA Tech Park.

Under the approved plan, TEP will pay fees to the two companies totaling $1.52 million annually, or a total of $15.2 million over the 10-year lives of the agreements.

The TEP projects will be the only battery-based storage systems built for a utility in Arizona, though Arizona Public Service Co. had tested a 1.5MW system in Flagstaff and is launching a pilot program providing individual energy-storage systems for 75 rooftop-solar customers.

TEP’s moves are part of a global boom in grid-connected energy storage, driven largely by the need to regulate power from intermittent renewable resources such as solar and wind, and enabled by improved technologies and declining battery costs, industry experts say.

About 200 electro-che- mical, or battery-based, energy storage systems are in operation across the U.S., according to the U.S. Department of Energy Global Energy Storage Database.

Among those are 11 systems rated at 10MW or larger in capacity, including a 20MW system NextEra turned on at the Lee DeKalb Wind Energy Center in Illinois in 2014.

The TEP storage projects will be used primarily to help maintain a balance between energy demand and supply, as storage systems can boost power output levels more quickly than ramping up conventional generating resources, the utility said.

They also can help prevent power outages during periods of high energy demand, providing about 5MW of power for up to an hour, TEP said.

Energy storage systems also could be used to help ensure the quality and reliability of power during continued expansion of renewable resources, TEP said.

The utility plans to add 800 megawatts of new renewable-energy capacity by the end of 2030, boosting its total renewable capacity to about 1,200 MW.

TEP's 2016 plan is approved, but two controversial solar programs are stripped out for further consideration.

The typical TEP home customer will pay $4.26 less a month through March 2017.

A promising future for energy storage

The 10MW battery system to be installed near Interstate 10 and West Grant Road could be similar to this NextEra Energy Frontier Battery storage project in Shabbona, Ill.

An aerial view of The Solar Zone at the UA Tech Park, between South Rita and South Kolb roads.