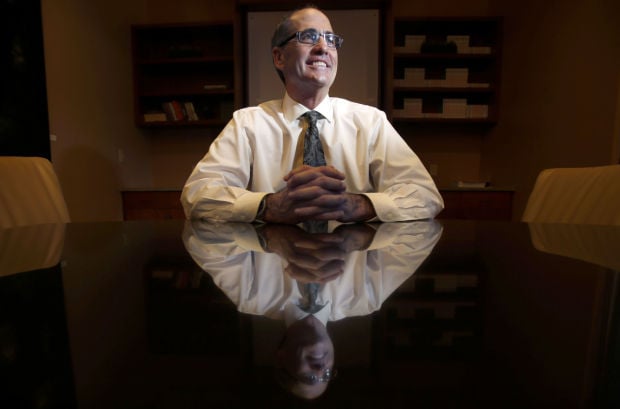 Bob Swift established the TCI Foundation to target a population that is unable to afford financial advice. 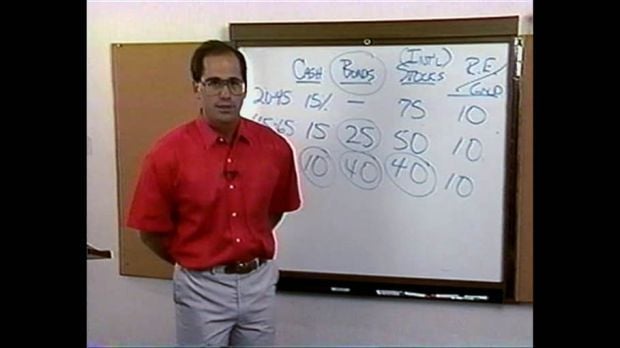 Bob Swift’s 1990 startup began in a home office. It went on to manage more than $1.7 billion in assets.

Sam Swift remembers monsoon rains pounding on a metal roof of a Tucson men’s shelter, as he — a young kid at the time — served dinner to homeless men alongside his father, Bob Swift.

That is how his father, the founder and CEO of Tucson-based TCI Wealth Advisors Inc., taught him to live. “It’s a community that we like giving back to,” says Sam, a 31-year-old adviser and shareholder at his father’s firm. “We feel we have an obligation.”

Next week, Bob will stand before a class of about 20 people to teach investment smarts — for free.

After a soft launch last January, the three-part series on investing officially kicks off the new TCI Foundation, a nonprofit spin-off of the wealth management firm Bob built 25 years ago. The independent company started in a home office and now manages more than $1.7 billion in assets across Arizona and in cities in Nevada, New Mexico and Colorado.

The free classes on personal finance and access to complimentary advising have no registration requirement — just a demonstration of devotion, says Laura Walton, 61, the executive director of the foundation.

After his 30 years in the industry, Bob and his wife, Lisa Swift, are funding the foundation, along with contributions from the firm, he says.

“I think firms like ours around the country, successful RIA (registered investment adviser) firms, have a bit of a responsibility, if not an obligation, to the community they serve to reach people in general,” Bob, 60, says.

The foundation targets a population that is unable to afford financial advice that is not contingent on the sale of a product.

And no, this is not a ploy for more business, Bob says.

With a bachelor’s degree in education from the University of Kansas and quashed dreams of playing professional football, Bob thought he would end up as a math teacher and maybe a coach.

Instead, he discovered an interest in personal finance and got his start as a stockbroker, but he wanted to do more to educate and help clients.

“Bob’s heart wasn’t in the commission business, but he was sort of stuck because we had this house payment, and I was a stay-at-home mom at that point,” says Lisa, Bob’s wife of 36 years.

The couple closed on their first Tucson home the day after the 1987 stock market crash, referred to as “Black Monday,” Lisa, 60, says. Things were tight.

In 1990, Bob started teaching others what he had learned as a stockbroker for a fee. Educated clients, he thought, were better off making investments on their own.

After several years, the company, then called The Conservative Investor, morphed into a full-time wealth management advising business, based on a flat-fee, at the request of clients.

Bob was on to something. This could be successful.

“Well, maybe it could,” he says, remembering a conversation he had with Lisa several years in about the future of the business. “At that time, we were going to let it take its own course. I’m going to go to my kids’ games and be involved in their schools, and that’s a whole lot of what our firm is.”

In the early years, he worked out of a home office, playing Mr. Mom between clients while Lisa taught middle school English. He coached Little League and softball games.

As the business grew into its own office space, Lisa joined the team, doing back-end work around the two kids’ schedules. She retired about six years ago.

“They were just always around,” Sam Swift says, laughing about the times he got in trouble because his parents were around just a little too much.

Now, both kids are married, and TCI Wealth Advisors, Inc. has grown, with 14 shareholders working with 1,500 clients out of seven offices. Sam directs TCI’s Aspire program for younger professionals — another of Bob’s goals realized.

“He’s just a direct and genuine person, and he thinks he’s here to be of service, whether he is at the grocery store or at work or going to church, he thinks he is here to serve,” says Hank Peck, a 62-year-old TCI shareholder and board member of the nonprofit foundation. “He does it with staff and clients.”

He grew up as a preacher’s kid — his father was the original rector at St. Alban’s Episcopal Church, 3738 N. Old Sabino Canyon Road, where Bob and Lisa took their children and still attend.

“We didn’t have a lot of money; we were fine; we were traditional middle income,” Bob says of his childhood. “I was much more a relationship-type of person. I enjoyed meeting new people. I enjoyed learning from people, but I wasn’t this 5-year-old capitalist trying to figure out the ins and outs.”

He likens his role today to his father’s. People often share confidential information with him. Much of what he does as an adviser is managing the impact of emotion on financial decisions.

“That’s very pastoral that they feel that they can tell you,” he says. “And I can be a better adviser when I know what’s on their minds.”

Neither Bob nor Lisa — whose father had a local newspaper in Kansas — grew up with much money. In the early years of their marriage, every time they wrote a check, they would record an extra $5 in their checkbook (“kind of tricking ourselves”), saving enough money after a year to buy a washing machine and dryer, Bob says.

“We had the moral background that being in debt was not good, and our parents did teach us that,” Lisa says. “You don’t get what you can’t afford. You save for it.”

Through advising and these classes, Bob will do more than impart knowledge — he wants to show clients how to use it. Someday, he hopes a full curriculum at the TCI Foundation will make it a go-to place for learning about money and personal finance. Already, he is working with University of Arizona interns to develop potential curriculum for area high schools.

Frank Vasquez, 81, turned to Bob about 24 years ago after taking a lump sum instead of a pension upon retiring from a career with Sears. Vasquez found Bob through his classes and still meets with him several times each year.

“I have bragged about him forever,” Vasquez says. “He works hard to make sure the investment is right for you.”

Bob has long imagined a return to his teaching roots, but the foundation finally became a reality last January.

His vision was further clarified over the summer in Phoenix, when an impaired driver crashed into Bob and Lisa’s vehicle at 70 miles per hour. A passenger in the other driver’s car died, Bob says.

“It was just an awful moment — but hold it, all I did was break my wrist,” he says. The experience intensified his love of life. “There’s a middle ground between accumulation of money and use of money. We have totally downsized from our house, my office is smaller, I threw out half my clothes. I really tried to simplify life.”

The couple budgets for philanthropy, making regular donations to nonprofits — including the foundation — and their church. Even as a college student, Bob sponsored a child through a Christian organization, Lisa says.

In October, construction began for the foundation’s home, the TCI Center for Personal Finance, next to the TCI office, 4011. E. Sunrise Drive. The cost was about $50,000, plus a seven-year lease, Bob says.

“I am a dreamer,” he says. “I just go, ‘Imagine Tucson if everybody was operating on sound financial principles. What would happen?’ It’s kind of corny, but that’s what I start with, and it can be done.”

What: Three-part series on investing.

Bob Swift explains the goals of the TCI Foundation.

Bob Swift established the TCI Foundation to target a population that is unable to afford financial advice.

Bob Swift’s 1990 startup began in a home office. It went on to manage more than $1.7 billion in assets.