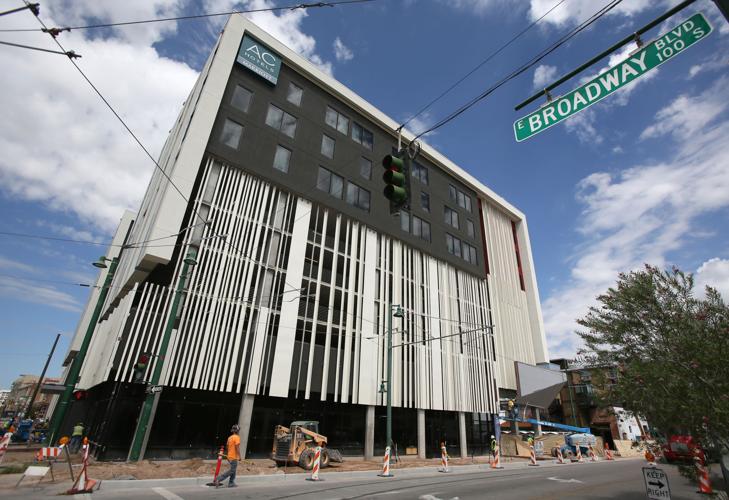 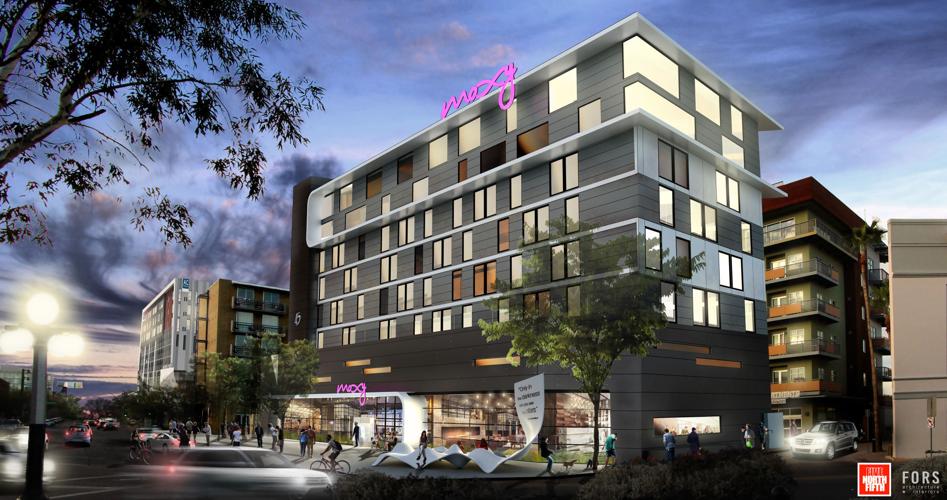 As the AC Hotel Tucson Downtown gets its final touches, two other hotel projects are on deck for the city’s core.

On Tuesday the Rio Nuevo Multipurpose Facilities District is expected to vote on furthering the development of a Marriott Moxy hotel, on top of the Depot Plaza at 45 N. Fifth Ave., and a convention hotel adjacent to the Tucson Convention Center.

Developer of both Marriott brands, Scott Stiteler plans to have the AC Hotel open by the end of September before turning his attention full time to the 100-room Moxy project, which he hopes to have under construction by late 2018.

The AC Hotel Tucson Downtown has more than 130 rooms in the top three floors. The four floors below the rooms will be parking and the ground floor will be the lobby and some commercial space.

Developers broke ground in December 2015 and, when open, it will be the first new hotel in downtown Tucson since the early 1970s.

Scottsdale-based Caliber Hospitality, which is proposing the convention center hotel, wants to build a minimum of 120 rooms, just south of the TCC.

Peter Anadranistakis, president of Caliber, told the Rio Nuevo board the site complements the hockey arena and Leo Rich Theater and will let guests walk through the hotel right to the convention center.

Caliber is in talks with Rio Nuevo and the city regarding parking accommodations.

According to Caliber, Tucson is among the few major metropolitans that have a convention center without an adjoining hotel.

A report, compiled several years ago, indicated the city’s core could support an additional 1,000 hotel beds.

Kathleen Eriksen, chief executive office of the Downtown Tucson Partnership, said there are currently 1,972 hotel rooms in the downtown area, which include some small bed-and-breakfast establishments.