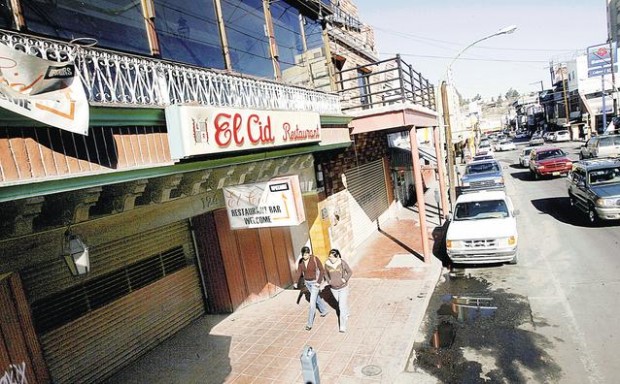 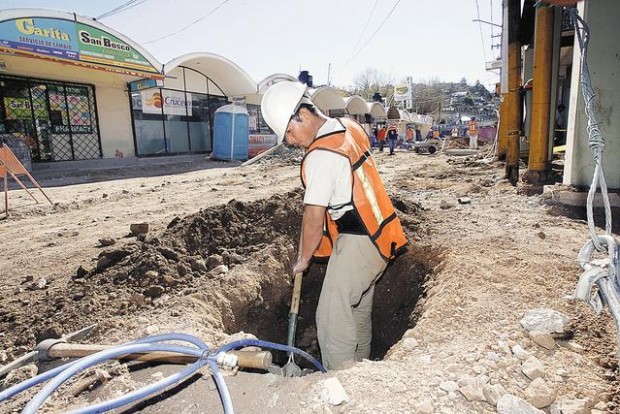 NOGALES, Sonora — Two popular and longtime tourist dining destinations in this border town, El Cid and Elvira's Restaurant, are no more, victims of a devastating decline in tourism.

They, along with most merchants, are reeling as the sour economy and drug-related violence have teamed up to keep tourists away.

"It's amazing to see how devastated Nogales is right now," said Alicia Martin, one of the owners of La Roca. "There's a scary feeling … it's so sad."

The city and local chamber of commerce are working on a makeover of the border town to help struggling businesses survive.

But the help is coming too late for many businesses. Along Avenida Obregon, almost every other shop has closed and "For rent" signs are taped to the front doors. Most of the large pharmacies sit boarded up and empty.

"You should tell them that everyone who was going to be killed has been killed," sunglass merchant Abraham Dueñas joked. "We need the Americans to come back."

He sold about a dozen sunglasses during the holidays and hopes to sell the remainder of his inventory before looking for other work.

"I'm not going to make it like this," he said, pointing down the touristless street.

El Cid and Elvira's Restaurant, longtime tourist destinations, both closed at the end of the year.

El Cid, which sits atop a mall along Avenida Obregon, was once a favorite spot for John and Pilar Wayne, who would pop into the restaurant for tequilas, according to historians.

Nicolas Kyriakis ran the restaurant for more than 20 years and closed three years ago. The landlord rented it to a new proprietor, who wasn't able to make a go of it. The gates to the entryway are now padlocked.

"For those of us who have been here all of our lives, it's very sad what's going on down here," Kyriakis said.

The posh second-story restaurant had uniformed waiters and starched tablecloths, and it offered fare ranging from from enchiladas to filet mignon.

"When I had it, it was a beautiful restaurant," he said. "And tourists had a beautiful experience."

If the tourists won't come to Elvira's, which had been operating since 1927, the owners will bring their cuisine to them.

The restaurant plans to open in Tubac next month and offer the same menu at La Entrada de Tubac, a retail development, said owner Ruben Monroy.

He said 95 percent of his customers at the Nogales location came from the U.S. and encouraged him to open in Arizona.

The family does not plan to sell the Elvira's building on Avenida Obregon, right next to the international border, and may reopen if tourist business picks up, Monroy said.

La Roca, a family-run restaurant since 1972 along Calle Elias, has kept meal prices the same after the peso dropped and is taking the 30 percent loss, said Martin.

She said the drop in business has been devastating to the popular eatery and believes the violence has played a bigger role than the bad economy in keeping tourists away.

"I don't think it's a money issue," Martin said. "People are frozen in fear; they think grenades are going off."

Noel Salido Macias' leather shop hasn't seen a sale in weeks, and he has already closed his other curio shop.

"We don't know what to do to bring people back," he said. "We need the government to help us."

The city of Nogales, along with the chamber of commerce, is investing in a makeover, hoping cleaner, wider streets will project a safer image, said Tucsonan Bob Feinman, a member of the Nogales, Sonora, chamber.

"You can't tell people, 'Come on down and see the same old thing.' " he said.

Tourists crossing into Mexico on foot at the DeConcini Port of Entry will arrive at a new plaza that is under construction.

A planned pedestrian bridge over the train tracks will offer better access to the Morley pedestrian gate and to places such as La Roca, which for now is accepting the loss of tourist business and focusing on meal specials for the local community.

"The locals are the ones who are going to help us survive," Martin said. "Hopefully when people feel comfortable crossing again, we'll still be here."

Alorica said the company is exempt from stay-at-home orders because it handles calls for several "critical industries."

Tucson restaurants were forced to close their dining rooms to slow the spread of COVID-19, but many are trying to keep paying their employees …

Tucson-based Paradigm Laboratories has partnered on a new test for COVID-19, while ARCpoint Labs offers a test to show if a person has recovered.

The national retailer says it is concerned by some customers' behaviors in its stores during the coronavirus outbreak.

The University of Arizona, local businesses and 'makers' rush to make scarce protective equipment with 3D printers and laser cutters.

Across the country viewing of homes for sale are down — both due to social distancing and hesitation to make a major purchase.

If you’re out of work or have lost hours due to the coronavirus, here’s what you need to know.