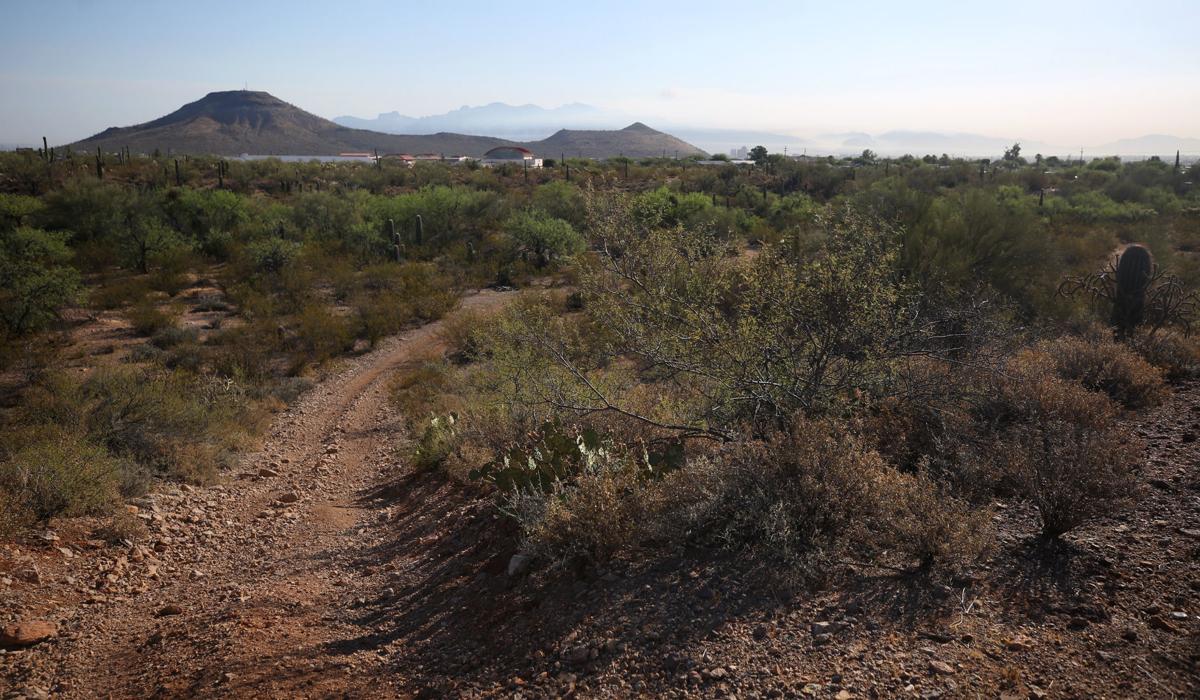 Developers are proposing 204 new homes along the banks of the Enchanted Hills Wash in the area of 2980 S. La Cholla Blvd. The red roofs of Oyama Elementary School are in the background. 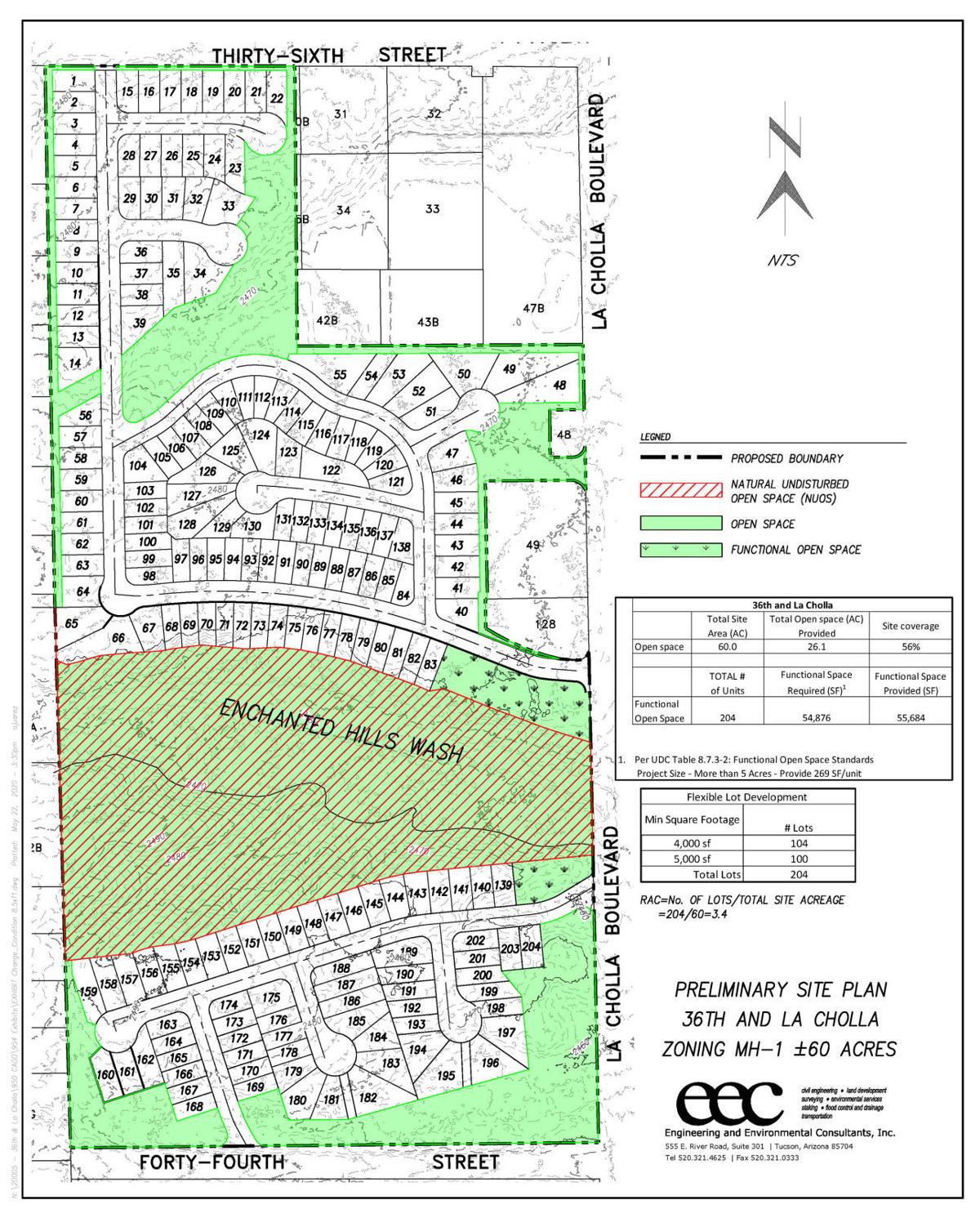 Developers are proposing a new housing project on Tucson’s southwest side along the banks of the Enchanted Hills Wash.

Near Hank Oyama Elementary School on 36th Street and La Cholla, the development could have up to 204 houses if modification requests are approved by the city.

The company primarily acquires real estate and develops in into finished residential lots for sale to homebuilders.

According to paperwork filed with the city, the project would leave about 44% of the currently vacant 60-acre lot as open space.

The modification the company seeks is to reduce the current lot size restriction of 36,000 square feet to between 4,500 and 5,000 square feet to accommodate the number of homes and maximize open space, said Keri Silvyn, an attorney representing the developers.

“The approach is get the density in a cluster so you can preserve open space,” she said.

She said developers aim to build homes in a to-be-determined price range that appeals to first-time and step-up home buyers.

But some residents don’t want that sort of density in the largely rural neighborhood.

Concerns include traffic along the two main arteries, which are both narrow roads, said Abreeza Zegeer, president of the Westside Development Neighborhood Association.

“High density is the worst case scenario,” she said. “If you have to travel La Cholla during rush hour, traffic backs up between Starr Pass and Ajo Way.”(

The neighborhood is next to Tucson Mountain Park. “There are also environmental concerns about displacing wildlife,” Zegeer said.

“This is more of a rural area with horses, chickens and goats.”

Neighbors have been working with officials from the city’s Ward 1 office, which has not taken a position on the proposed development, Zegeer said.

A traditional public hearing has not been possible because of the concerns over public gatherings, but a virtual hearing that was scheduled for last week had to be postponed due to technical glitches that prevented neighbors from logging into the session.

Another public hearing will be scheduled for July.

For more information or to get updates on next month’s public hearing, email westsidedevelopment.tuc@gmail.com

Across the country viewing of homes for sale are down — both due to social distancing and hesitation to make a major purchase.

Some states, like Arizona, that have been reporting the highest number of new COVID-19 cases experienced steeper declines in major restaurant chain customer transactions

TuSimple, which has a Tucson facility, is working to bring self-driving technology to market and offer low-cost, long-haul autonomous freight operations.

Trade with Mexico is worth billions of dollars and thousands of jobs to Arizona, and business leaders hope the new United States-Mexico-Canada Agreement will mean even more.

Apartments, retail and office space are coming to the old Flash TV & Appliance Store that served generations of Tucsonans.

Developers are proposing 204 new homes along the banks of the Enchanted Hills Wash in the area of 2980 S. La Cholla Blvd. The red roofs of Oyama Elementary School are in the background.