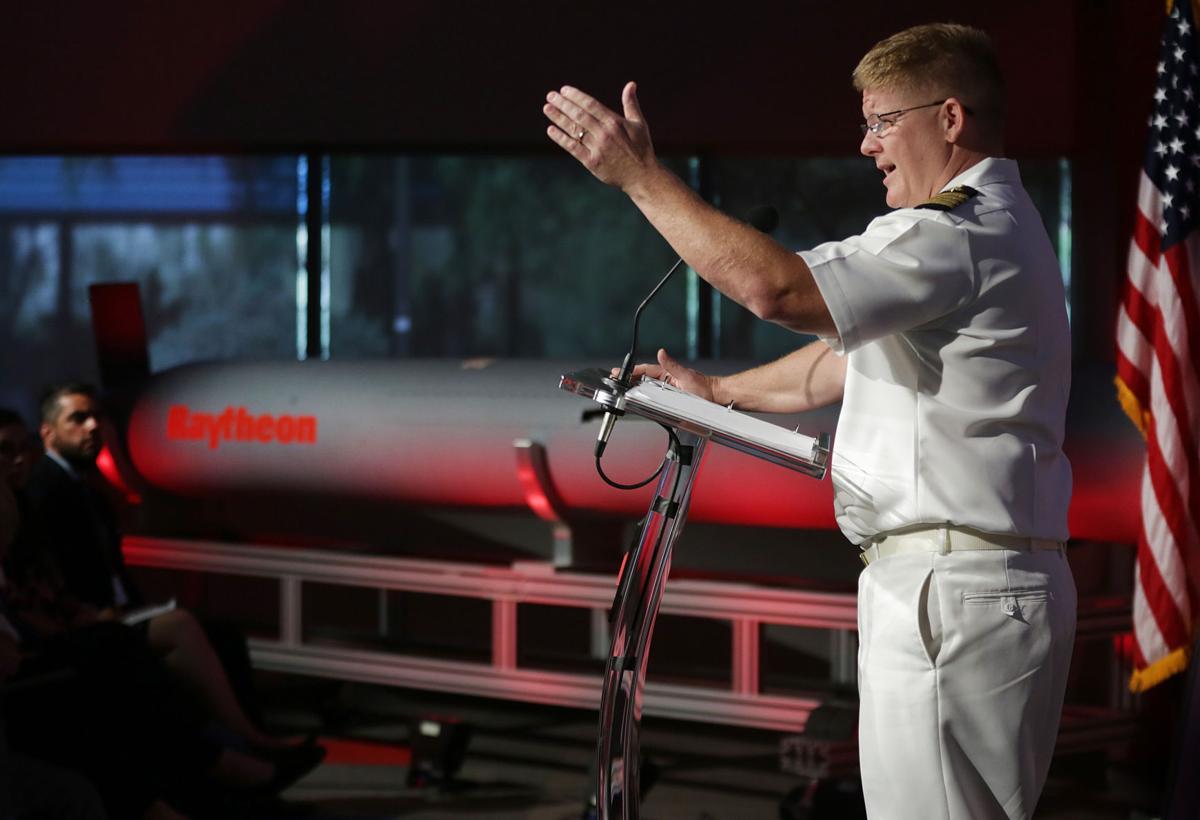 Capt. Mark Johnson, the Navy’s Tomahawk program manager, says the cruise missile “is often the weapon that clears the path for the rest of the force and at times it’s the only weapon necessary to meet the mission objectives.” 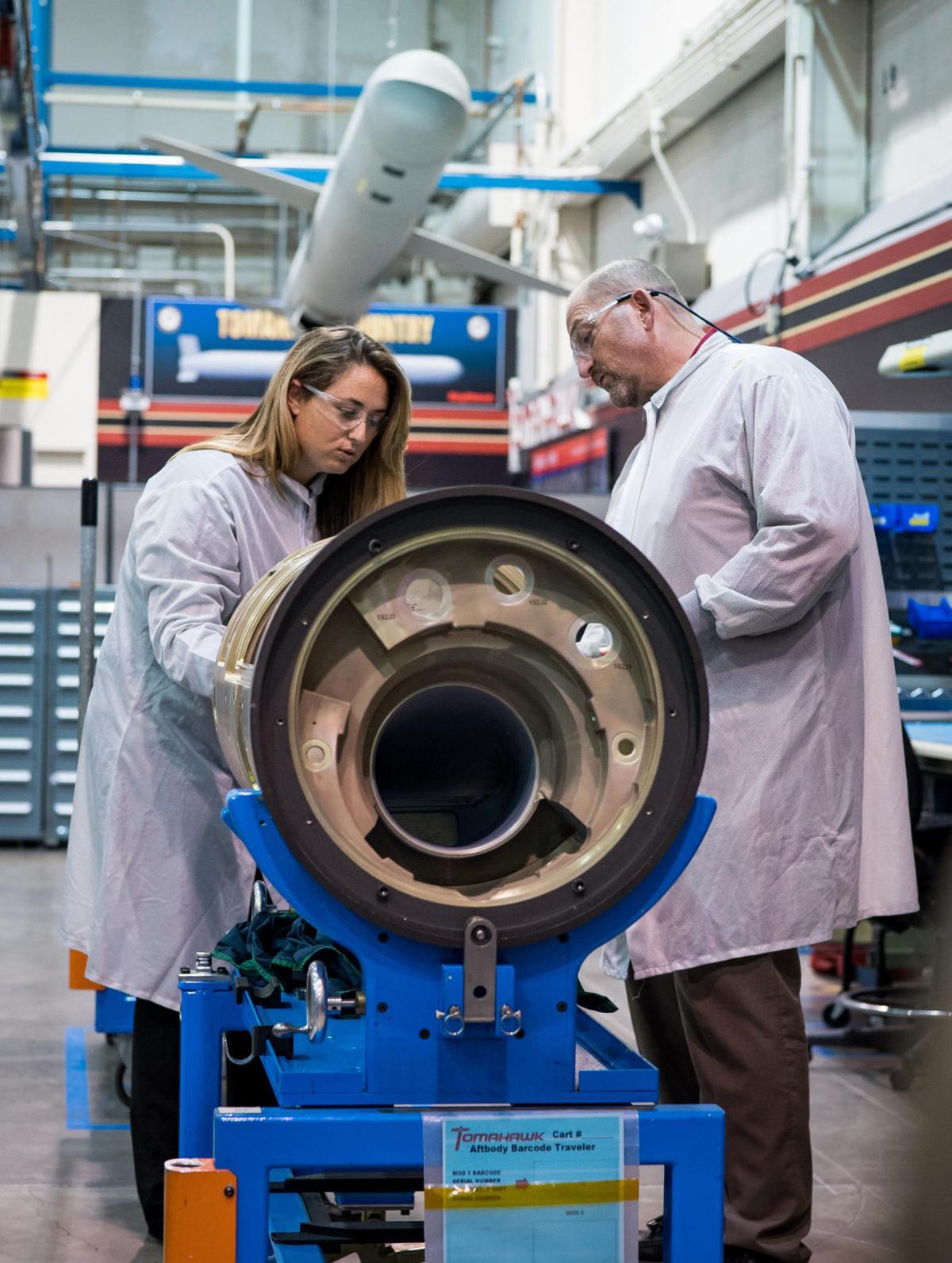 Raytheon will work into 2019 to build 196 new Tomahawk cruise missiles under a $260 million contract. 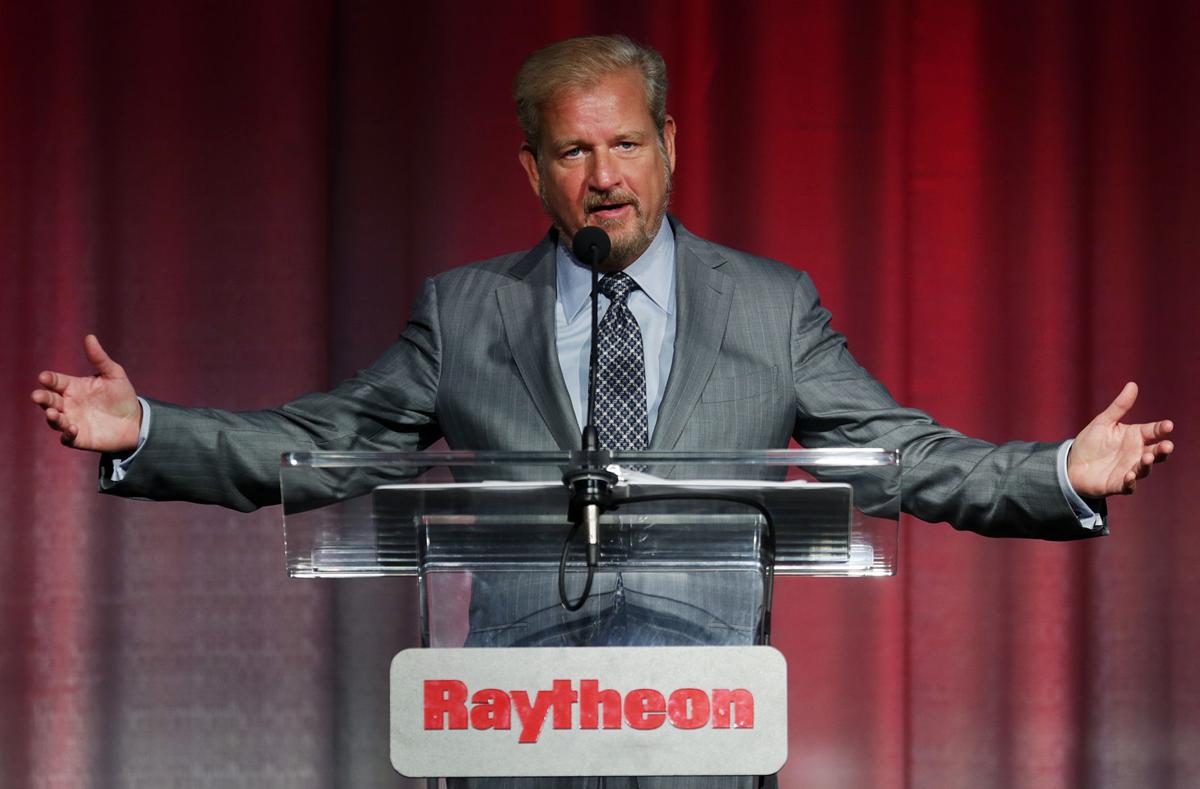 But the latest Tomahawk missile is far more capable than the first ones launched in combat during Operation Desert Storm in 1991 — and future versions will add technology to tackle new missions, Raytheon and Navy officials said at a company event marking the delivery milestone.

The satellite-guided Tomahawk already is the “nation’s weapon of choice” for striking high-value targets with pinpoint accuracy from long range, with more than 2,300 fired in combat in 15 military operations.

“It is often the weapon that clears the path for the rest of the force and at times it’s the only weapon necessary to meet the mission objectives,” Capt. Mark Johnson, the Navy’s Tomahawk program manager, said during a private Raytheon event at the UA Tech Park.

Though America’s Navy is dispersed around the globe, the Tomahawk allows the nation to project its power when needed through the 141 destroyers, cruisers and submarines that carry the cruise missile, Johnson said.

“When a country sees a U.S destroyer sitting off its coast, one of the primary reasons they grow concerned is due to the capabilities they know the Tomahawk missile brings,” he said.

The Tomahawk Block IV debuted in 2004, adding the ability to loiter over targets, transmit images and allow commanders to retarget the missile in midflight.

Raytheon Missile Systems President Taylor Lawrence noted that just a few years ago the Navy was looking to halt Tomahawk production to save money as it sat on an inventory of some 4,000 Tomahawks and looked toward developing a future cruise missile.

But that plan was turned back by Congress and production continued at a minimum sustaining rate, Lawrence said, crediting Sen. John McCain and Rep. Martha McSally for their efforts to keep the Tomahawk production lines in Tucson humming.

Tomahawks are initially assembled at Raytheon’s sprawling plant at the UA Tech Park on South Rita Road. They are loaded with fuel and explosives and tested at the company’s factory near Tucson International Airport before being sent for final packaging to the company’s plant in Camden, Arkansas.

“We’re excited now that we still have that line running, because if you look around the world, there’s a lot of places where Tomahawks could be called into action,” he said, citing their most recent use in Syria and Yemen.

“Every time you hear Tomahawk on the news, you know it’s done something — it’s either knocked down a door or been an instrument of American policy and demonstration,” he said.

Lawrence said Raytheon will continue to upgrade the Tomahawk to meet emerging threats, citing current work with the Navy to develop a multi-mode seeker to enable the Tomahawk to hit moving targets at sea.

“We’re going to add an entirely new mission set to the Tomahawk land-attack missile, to go after maritime targets,” the Navy’s Johnson said.

All that capability doesn’t come cheap.

The cost of each Tomahawk varies with the version and the number purchased in each production lot, but the most recent average cost is about $1.09 million apiece, Johnson said.

Raytheon also is working on a new multi-effects warhead for the Tomahawk, as well as networking the missile with other sensor operators in the battle space, such as aircraft.

Block IV Tomahawks currently in service will get communications and other upgrades as they enter the recertification program that marks the halfway point of their 30-year service life, said Dave Adams, Raytheon’s Tomahawk program manager. The company also is helping General Dynamics Electric Boat to triple the Tomahawk capacity on the Navy’s Virginia-class submarines.

McSally, a former Air Force combat pilot, recalled how as she served as an officer in air operations following the 9/11 attacks and later helped lead counter-terrorism operations in Africa Tomahawks were often called on to hit targets more quickly than jets could be scrambled to respond.

“It was a critical weapon in our arsenal,” she said. “As we were running time-sensitive targets, Tomahawk was ready to go.”

“We’re talking about people, and people can move, so you may have it all coming together but something changes or you have civilians coming in the way,” she said.

“The Block IV is obviously a game-changer for us. We need this capability as a country, really as a global community.”

Mike Jarrett, Raytheon vice president of air warfare systems, recalled how he was in charge of transitioning from the Tomahawk Block III to the Block IV, as the invasion of Iraq commenced in 2003.

“We knew this was a big deal for our nation, and we had to get it right,” Jarrett said.

Rep. McSally: I will 'go to the mat' for expanding Douglas Port of Entry

Capt. Mark Johnson, the Navy’s Tomahawk program manager, says the cruise missile “is often the weapon that clears the path for the rest of the force and at times it’s the only weapon necessary to meet the mission objectives.”

Raytheon will work into 2019 to build 196 new Tomahawk cruise missiles under a $260 million contract.