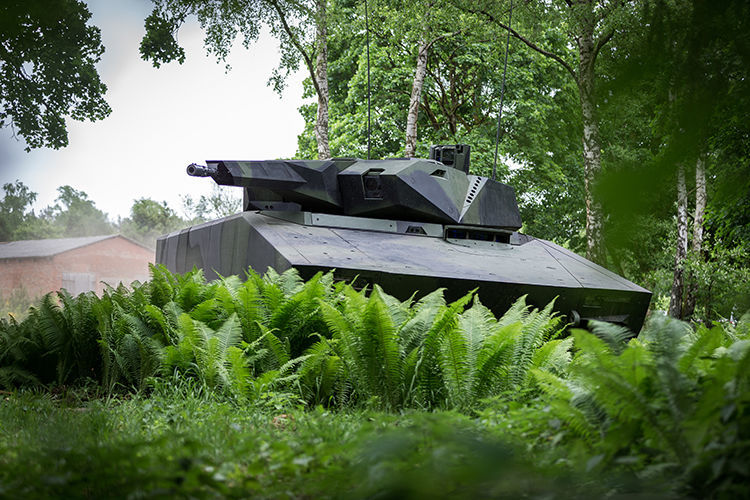 Raytheon has previously collaborated with the German company, Rheinmetall Defence, including a joint effort to develop an integrated air-defense system.

Tucson-based Raytheon Missile Systems is teaming up with German defense giant Rheinmetall Defence to compete for the U.S. Army’s next-generation armored fighting vehicle program, which is expected to include an unmanned option.

Scheduled to replace the Bradley Fighting Vehicle by 2026, the Next-Generation Combat Vehicle is a top modernization priority under the Army’s new Futures Command structure.

Raytheon technology planned for the Lynx could include advanced variants of Raytheon weapons, next-generation thermal sights, the Coyote unmanned aircraft system and the company’s Active Protection System, which is designed to defeat small rockets and similar threats, Raytheon said.

Those systems, as well as the tracked, armored vehicle, will be made in the U.S., the companies said.

Unveiled earlier this year, the latest version of Rheinmetall’s Lynx Infantry Fighting Vehicle can be adapted to enable optional manning features, including remote operation of the vehicle and Lance gun turret.

Rheinmetall says the Lynx can be configured for a variety of roles besides its basic infantry fighting configuration, including command and control, armored reconnaissance, surveillance, repair, recovery or ambulance operations.

Raytheon has previously collaborated with Rheinmetall on other programs, including a joint effort to develop an integrated air-defense system for Germany unveiled earlier this year.

The joint effort with Rheinmetall on the Next-Generation Combat Vehicle is just the latest example of Raytheon partnering with European defense companies on Army weapon systems.

The companies said the new munition will fulfill a U.S. Special Operations Command requirement to increase the capability the bazooka-like Carl-Gustaf system, which besides the U.S. is used by more than 40 other countries.

And in June, Raytheon and Safran, a French electronics and defense firm, announced an agreement to collaborate on the next generation of forward-looking infrared sighting systems for combat vehicles.

Raytheon has previously collaborated with the German company, Rheinmetall Defence, including a joint effort to develop an integrated air-defense system.