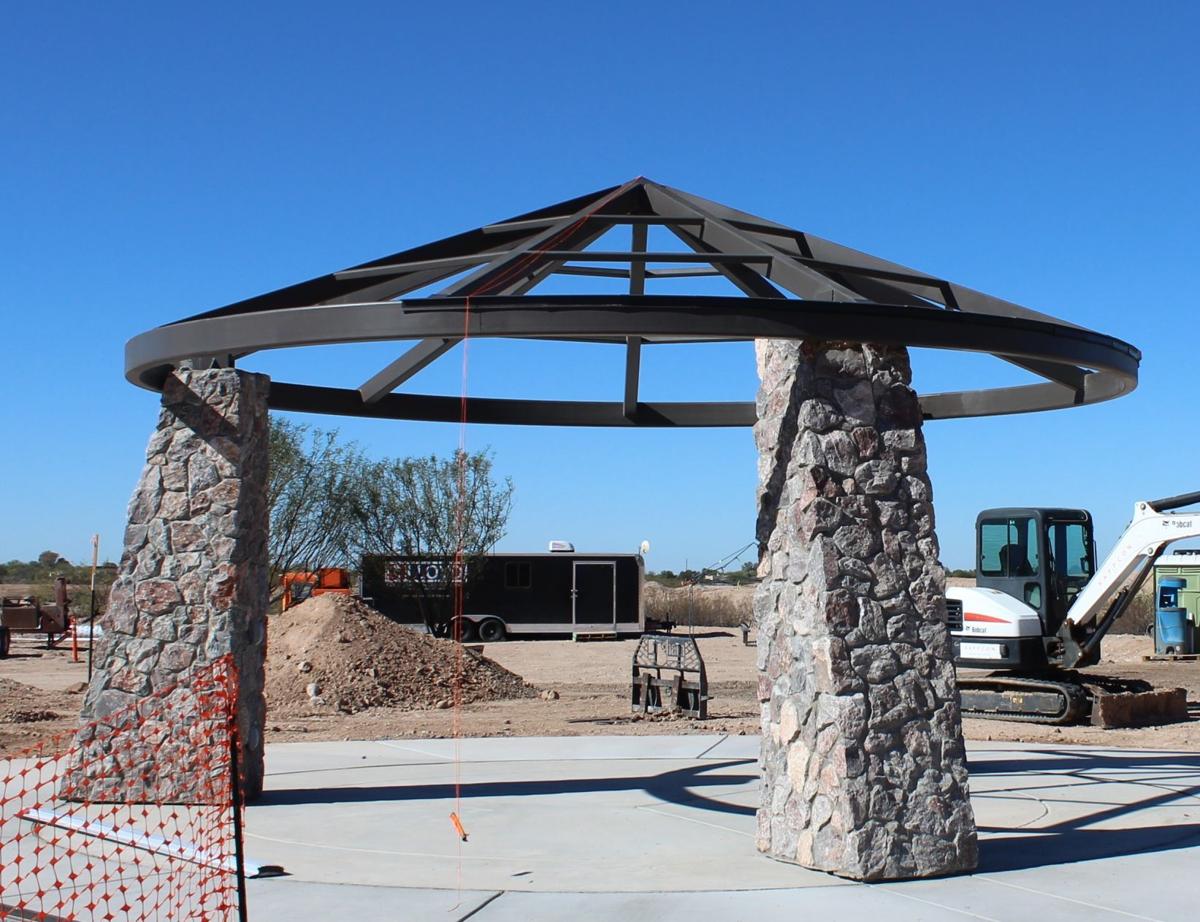 Construction of a ramada in the communal area of the Rocking K development features rock quarried from the site. 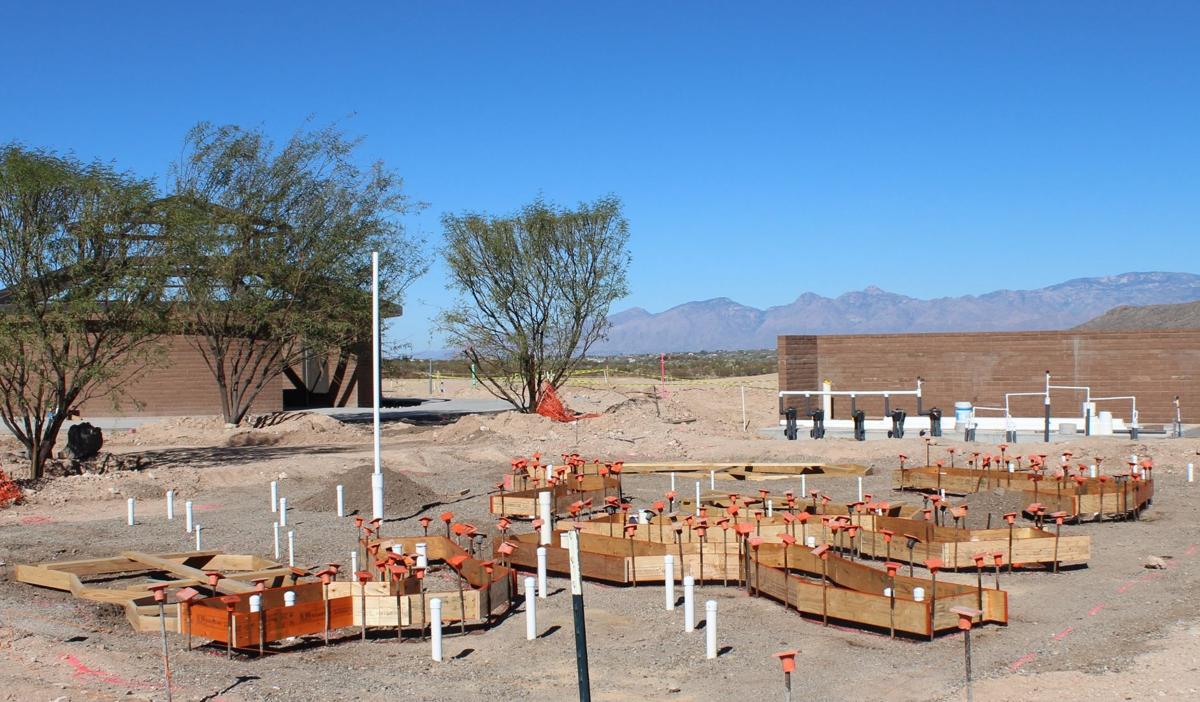 A splash pad, shaped like the state of Arizona, is being built in the first phase of the Rocking K development. 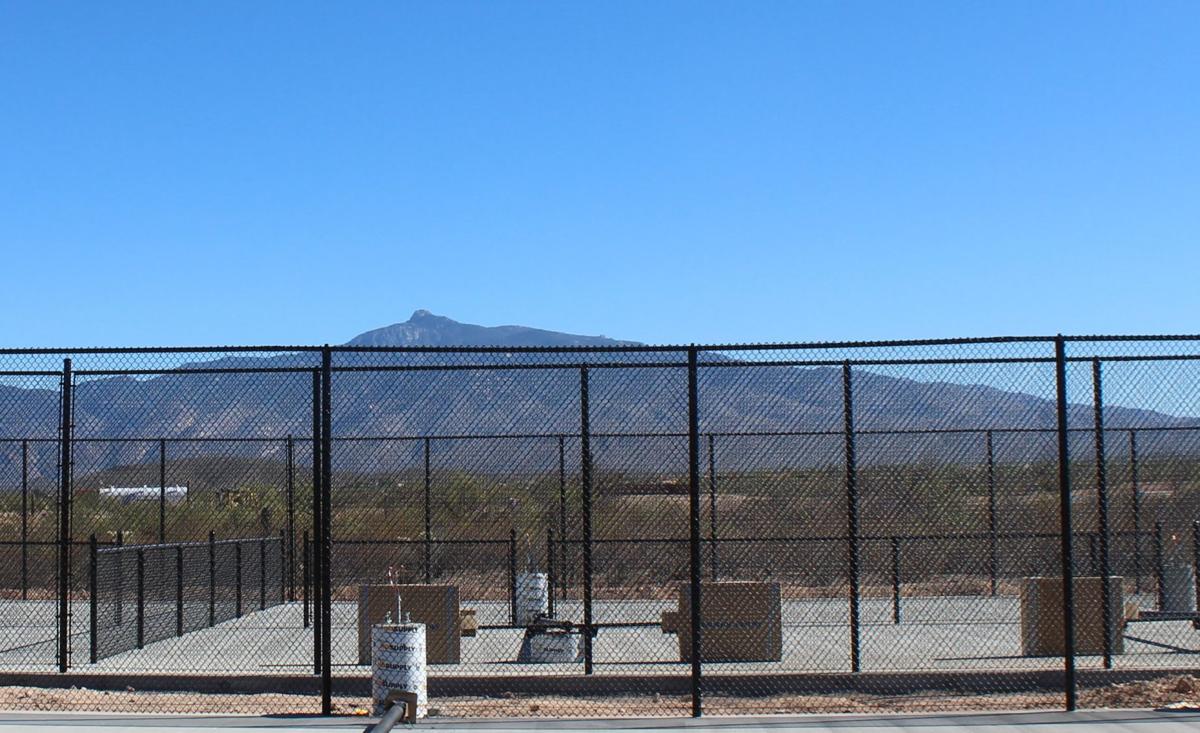 A pickleball court is going up in the first phase of a new housing development at Rocking K.

A national homebuilder has purchased more lots in the Rocking K community and homes are expected to be available for purchase early next year.

Lennar bought 113 additional lots with the largest homesites in the first phase of the southeast side community, 65 by 130 feet, the majority adjacent to planned open space. The homebuilder initially bought 153 lots.

“With Southern Arizona’s home building market in such high demand and with the beauty of this community, we could not pass up another section of Rocking K,” said Tom Gansheimer, division president of Lennar Tucson.

The homes will be within the first phase of the Rocking K development. KB Home and Pulte are also building in the community, which will have 671 homes in three neighborhoods, near Valencia Road and Old Spanish Trail.

“Builders have already submitted 32 different home plans to provide buyers with choices for every lifestyle and budget and all the builders are starting construction of their Rocking K models in the next 30-60 days,” said Priscilla Storm, vice president of Diamond Ventures, developer of Rocking K.

Home prices will be determined by market conditions next year. The 5,000-acre community will include a 12-acre park and a new K-8 Vail public school.

Rocking K is in Vail, near the Rincon Mountains. The first phase will also feature an Arizona-shaped splash pad with state landmarks that residents can walk over while being sprayed with water. 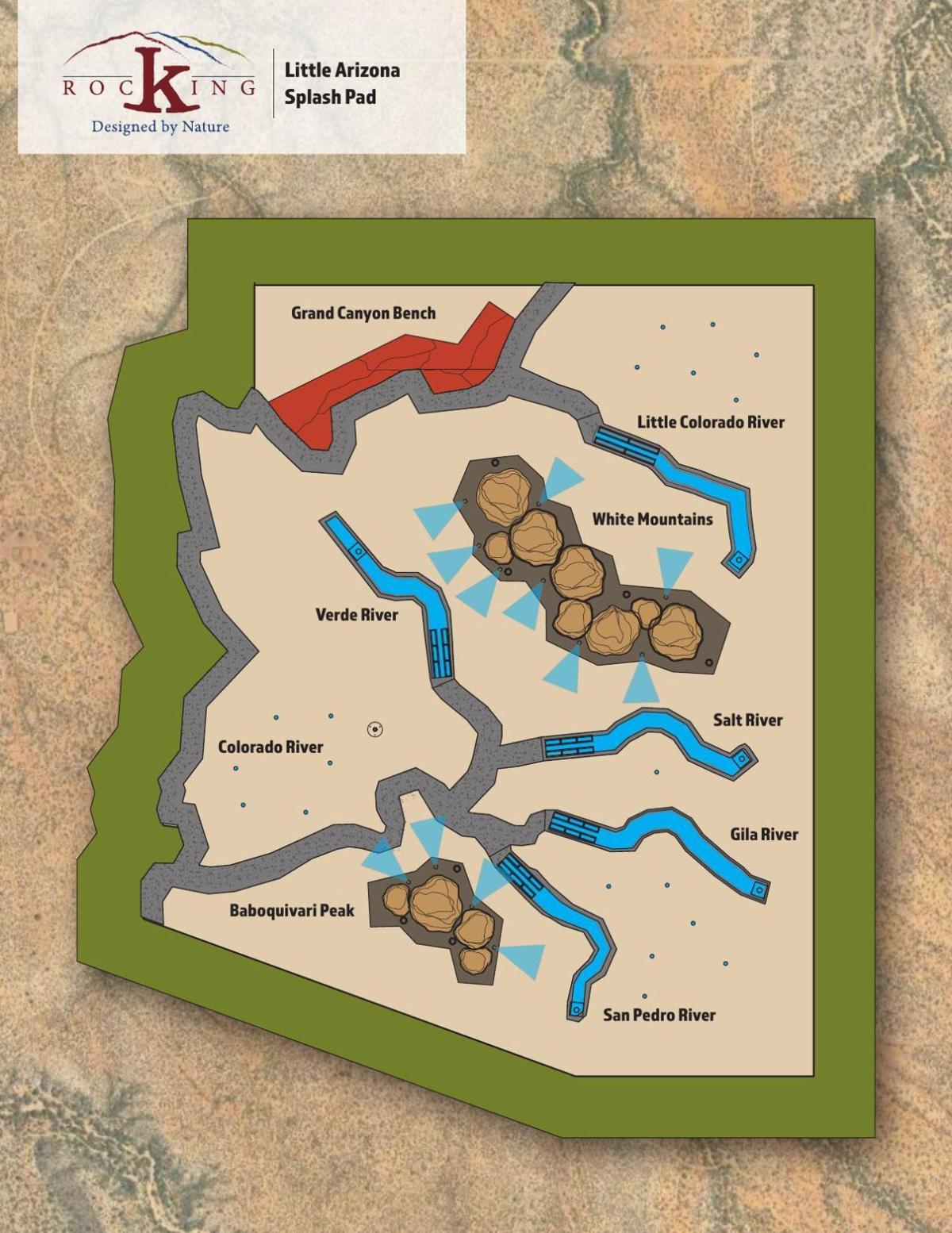 Construction of the Valencia Road eastern extension from Houghton Road to Old Spanish Trail is expected to be complete this month and provide direct access to Rocking K.

“The construction of the Valencia Road connection is going to be a real game changer for easy access from Rocking K to all the east side’s major employers and services,” Storm said. 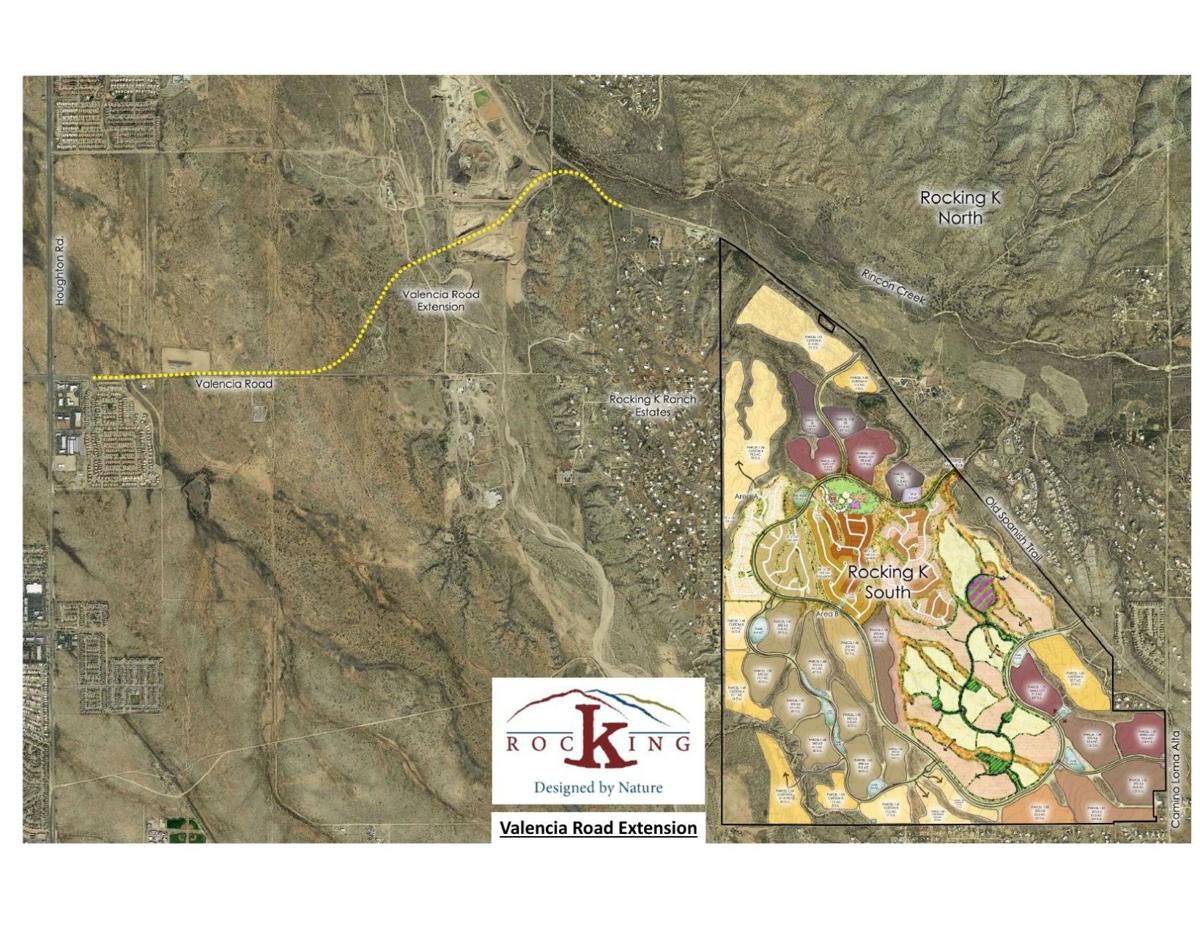 Currently, only single-family homes are planned for the site, not commercial or multifamily developments.

An aerial view of the KB Home site at the Rocking K community on Tucson’s southeast side. Other homebuilders who have invested in the area include Lennar and Pulte.

Air travel over the Thanksgiving Day holiday period is expected to be down by nearly half as CDC recommends against any holiday trips, AAA says.

Mountain View Adventures sells Mercedes Benz Sprinter vehicles that have been retrofitted as off-road RVs for travel and lodging or for mobile offices.

The pandemic played a role in the decision, but the owner had already been flirting with the idea of retiring, his daughter said.

Rio Nuevo has committed nearly $70 million to spruce up the TCC, including technology upgrades to support virtual or hybrid gatherings.

The closure is set to begin Monday. The casino's golf club, RV park and marketplace will remain open.

Larsen Baker bought the former Bank of America on the northwest corner of Skyline Drive and Campbell Avenue and will redevelop it into skyCAM.

Benedictine Monastery site to include restaurants, gym and office space

The historic site will have more than 200 apartments surrounding retail space.

Construction of a ramada in the communal area of the Rocking K development features rock quarried from the site.

A splash pad, shaped like the state of Arizona, is being built in the first phase of the Rocking K development.

A pickleball court is going up in the first phase of a new housing development at Rocking K.