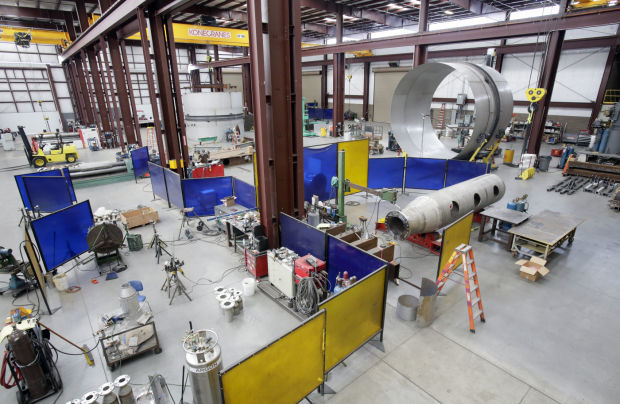 Caid Industries is one Tucson-based employer that could experience layoffs this year due to Rosemont construction delays, said Bill Assenmacher, the company’s CEO. The company builds parts used in mining. 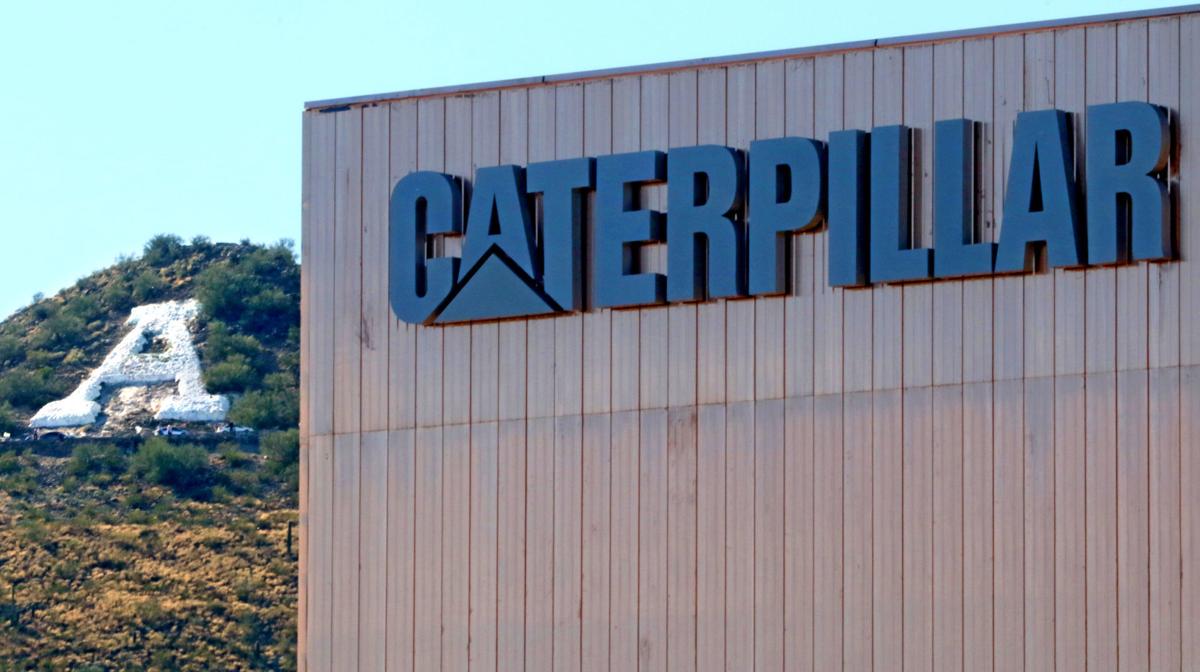 Firms like Caterpillar (its new building on Cushing Street west of downtown is shown here) and Hexagon Mining have been encouraged to move or expand here in part by the Rosemont Mine’s expected presence.

A local pro-mining group scheduled a mining appreciation event for October, expected to draw at least 450 people paying tribute to an industry employing roughly 7,500 people in Southern Arizona. The theme was going to be “Miracles from Mining,” highlighting what organizers say are its values to the economy and society as a whole.

But after the July 31 federal court ruling halting work on the proposed Rosemont Mine, the Southern Arizona Business Coalition canceled the event. The coalition would have spent $35,000, to be repaid through ticket sales, said Rick Grinnell, its vice president.

“We had some people who said, ‘We will hold off on sponsorships for now because we don’t know what’s going on,’” Grinnell said. “They’re not sure of the short-term or long-term implications.”

That is the first known, immediate economic impact of U.S. District Court Judge James Soto’s ruling overturning the U.S. Forest Service’s approval of the open-pit copper mine in the Santa Rita Mountains southeast of Tucson.

It likely won’t be the last.

Extended delays in building the mine, which will cost $1.9 billion to construct, will probably mean some layoffs and will definitely put on hold many jobs expected to be created in the next few years, industry experts said.

The delays could well be lengthy. Legal experts on both sides agree it could take up to 18 months and maybe two years before the 9th Circuit Court of Appeals can rule on appeals of Soto’s decision. Hudbay Minerals Inc. officials had hoped Rosemont would be online by 2022.

While a University of Arizona economist said the area’s economy will keep growing in the next couple of years regardless, industry officials say the long-term damages will be significant.

The lack of Rosemont will hurt the region’s appeal to suppliers, engineering firms and other businesses that would draw business from the mine, they say. That reduces the number of mining-related companies locating here.

It will cause mining companies to look outside the United States, increasing our dependence on imported minerals, they say.

Mine opponents, however, see delays or defeat of Rosemont as an economic positive, based on their concerns — hotly debated among federal agencies — that the mine would pollute and dry up some water supplies.

One Tucson-based employer that could experience layoffs this year due to Rosemont construction delays is Caid Industries, said Bill Assenmacher, the company’s CEO. The company builds fabricated metal parts, tanks, mechanical piping and other equipment used in mining.

His company had secured a letter of intent from Hudbay to do some of the water line work for the mine, work that’s now on hold, he said.

“I do know there are several engineering consulting firms that (also) will probably have to lay people off,” due to the delays, he said.

While mining accounts for a small percentage of the local economy, industry supporters point out that mining jobs typically pay well above average Tucson-area wages.

Most immediately on hold are construction-related jobs, totaling about 150 at first and eventually rising to more than 2,500 workers at the peak of construction, Hudbay has said.

Another 1,500 jobs would be generated indirectly through spending by people working the construction jobs, and other factors, said Hudbay, which had expected to spend $122 million during construction’s early stages.

Grinnell said his understanding is that around the first 30 days after mine construction started, the total construction-related job count would have risen to 300 to 500.

Before the ruling, Hudbay was advertising online for mechanics, engineers, supervisors, welders and electricians, at average pay of $30 to $32 an hour, said Manny Armenta, a district director for the United Steelworkers, which represents workers at Asarco’s three Arizona mines and the Hayden smelter.

“We need good-paying jobs with benefits, not jobs created at McDonald’s or Circle Ks,” Armenta said.

When operating, the mine would have more than 500 long-term jobs, paying more than twice Tucson’s median wage, Hudbay has said.

Quantifying all the impacts from this delay isn’t easy.

“It’s hard to quantify what you don’t have,” said Grinnell, as opposed to determining the toll of a shutdown of an existing plant.

“One thing about this industry is that it attracts increased engineering jobs, evaluating water and treatment. You’re talking about a whole dynamic of economic opportunities,” he said.

Grinnell and other supporters point to a “cluster” of mining-related industries that have been drawn to this region in recent years by myriad factors. Firms like Caterpillar and Hexagon Mining have been encouraged to move or expand here in part by Rosemont’s expected presence.

“The damage that the Rosemont Mine will inflict on our environment is permanent. Compromising our water supply in the matter that mine is proposing will have long-lasting and significant economic ramifications,” said David Steele, a spokesman for Save the Scenic Santa Ritas, one of four environmental groups whose lawsuit led to Judge Soto’s ruling.

Steele also noted that outdoor recreation is a billion-dollar industry in Arizona, and that the Arizona Game and Fish Department has said Rosemont would “render the northern portion of the Santa Rita Mountains virtually worthless as wildlife habitat and as a functioning ecosystem.”

One factor blunting the immediate impact of Rosemont’s delay is that Tucson’s economy and jobs are growing at a decent clip.

That’s a far brighter picture than when Hudbay’s predecessor, Augusta Resources Corp., steered the mine proposal through myriad public hearings and environmental studies from 2008 to 2014. Back then, Tucson and Pima County were in recession or climbing out of it at a glacial pace.

The Tucson area is expected to draw 4,500 new jobs in 2019 and 3,900 in 2020, whether Rosemont is built or not, said George Hammond, director of the University of Arizona’s business and economic research center.

If the mine continues to be delayed or is killed, “I think we’ll continue to grow, continue to add jobs, population and income but at a somewhat slower rate” than with Rosemont, Hammond said.

Tucson’s per capita income in 2017 was 19.5% lower than the national average — a problem that Rosemont’s high-paying jobs would help but not solve, he said.

Hammond agreed that opponents’ concerns about the mine’s negative economic impacts are valid, but said he doesn’t know how valid.

“In my opinion, part of what makes Tucson such an attractive place for people to locate is the natural beauty and outdoor activities. I don’t know how much of the positives (the mine) erases. You gotta strike a balance.”

Grinnell said the impacts of Rosemont delays would be felt in the broader economy.

“Let’s be conservative. You’ve got 100 people leaving the job site to buy sodas and stop at Circle Ks, and go to do extra things because they’ve got a bigger paycheck,” Grinnell said. “Now, all of a sudden that whole process is done. The ramifications won’t be felt from this immediately. They will be felt over the long term.”

He said Rosemont will draw more tourists than it deters. He said the Mineral Discovery Center at Asarco’s Mission Mine draws more than 10,000 visitors a year.

Rosemont’s economic impacts are large because “when you want to build a mine you need to put together a set of construction drawings and design the dirt work, buildings and infrastructure to build the entire mine,” Caid Industries’ Assenmacher said. “You need engineers, just like when you build a shopping center or a university building.”

Continued delay or outright defeat for Rosemont would force mining companies to look outside the United States, where environmental laws are typically the most stringent, he added.

“In Canada, projects are approved or disapproved in two years, yes or no. Here, we are not sure after a decade,” Assenmacher said. “To create another potential roadblock is disheartening from a business perspective.”

In the long term, a setback for Rosemont will mean fewer industrial jobs for the entire region, he added. With fewer mines, that means less need for support and maintenance work and for replacing equipment, he said.

Rosemont delays’ impacts also will fall on Tucson Electric Power. Rosemont would be its largest customer.

Once the mine got going, TEP’s other customers would benefit financially from its presence, utility spokesman Joe Salkowski said. Because the mine’s electric bills would cover some of TEP’s fixed costs, its operation would reduce costs that other customers will pay through rates, he said.

Delay or cancellation of Rosemont would delay or eliminate those beneficial impacts, but their scale isn’t yet known, said Salkowski, TEP’s corporate communications and community relations director.

Overall, the court ruling is “really unfortunate and a big deal” to more than 300 companies that belong to Amigos, a statewide group whose members are small and mid-sized suppliers and offer other services to mining, said Sydney Hay, the group’s president.

“But we’re not throwing in the towel. We’re not losing our enthusiasm for this wonderful project. This is another unfortunate delay in a mining project that will go forward,” Hay said.

“I believe the appeal will be won and we’ll have a mine.”

Rick Grinnell and Bill Assenmacher: Why Southern Arizona needs the Rosemont Mine

It will bring jobs, revenue.

See Caterpillar's mining equipment, including the autonomous fleet, in action at the proving grounds south of Tucson.

The leading national mining industry trade and lobbying group says it’s open to discussion of changes to the 1872 Mining Law, but it considers…

Caid Industries is one Tucson-based employer that could experience layoffs this year due to Rosemont construction delays, said Bill Assenmacher, the company’s CEO. The company builds parts used in mining.

Firms like Caterpillar (its new building on Cushing Street west of downtown is shown here) and Hexagon Mining have been encouraged to move or expand here in part by the Rosemont Mine’s expected presence. 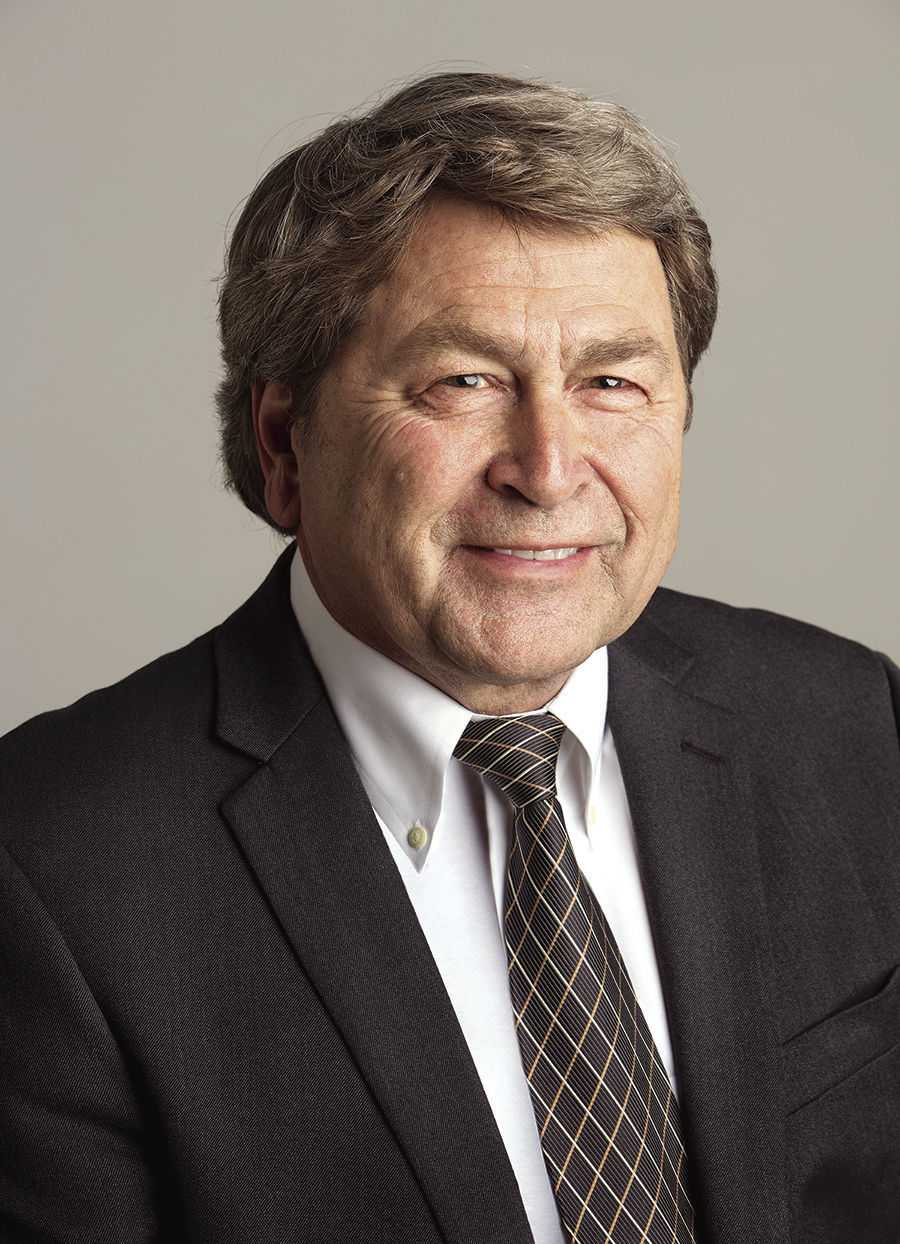