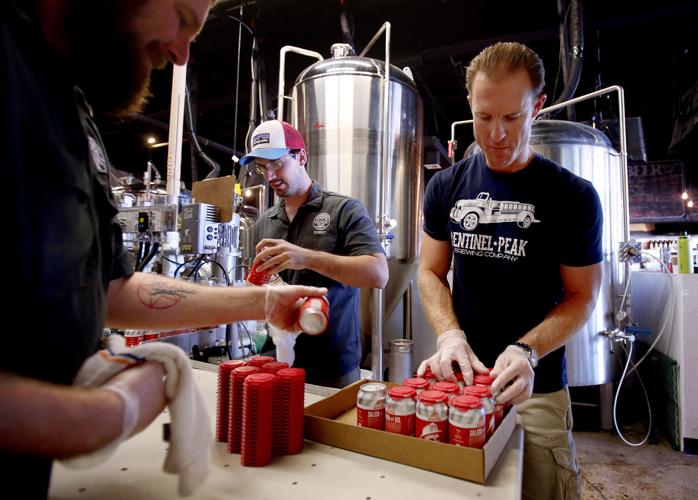 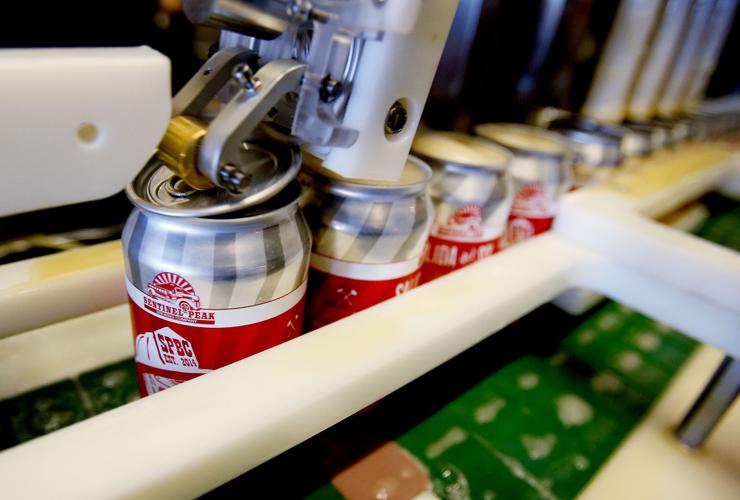 Sentinel Peak brought in a mobile canning operation to can just over 300 cases of Salida del Sol Mexican amber beer. 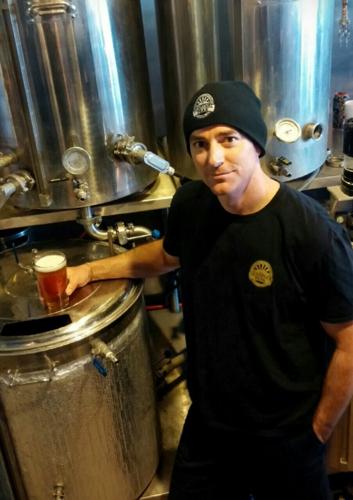 Jeremy Hilderbrand and his Sentinel Peak Brewing Company partners are launching a canned version of their Mexican amber on Thursday, Oct. 5. 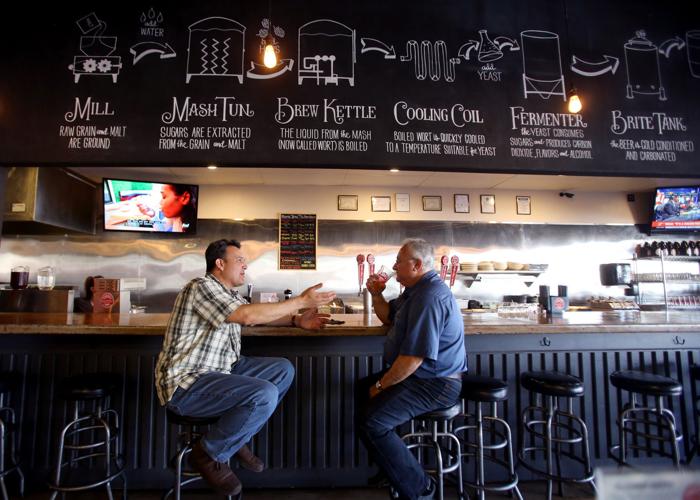 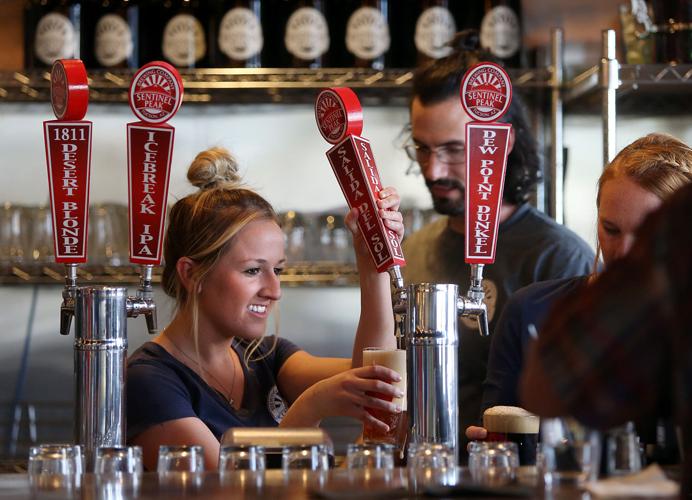 The 3-year-old Sentinel Peak Brewing Company is leaping into the canned beer business.

On Wednesday, the midtown brewery and restaurant owned by a trio of Golder Ranch firefighters launched a canned version of their flagship Salida del Sol Mexican amber. The beer will be available for retail sale as early as Thursday, Oct. 5, at the brewery, 4746 E. Grant Road, and at a handful of Tucson restaurants and beer-centric businesses including Tucson Hop Shop at 3230 N. Dodge Blvd. in the Metal Arts Village; and Tap & Bottle downtown at 403 N. Sixth Ave.

“We have growlers, which are sort of a take-home beer thing, but what we realized was that people really wanted cans,” said Sentinel Peak brewmaster and co-owner Jeremy Hilderbrand. “Cans travel easily and it’s sort of the direction of Tucson craft brewing.”

Sentinel Peak is the latest Tucson craft brewery to can its beers, following the lead of Barrio Brewing, which has been canning since 2013 and sells its beers in Tucson-area grocery and convenience stores; and Dragoon Brewing Co., whose canned beers are available at Tucson-area convenience stores and Costco locations.

Sentinel Peak on Wednesday brought in a mobile canning operation to can just over 300 cases of beer. That amounts to 8,000 cans, available in six packs for $8.99 at the brewery. Prices could vary depending on retailers, said Hilderbrand, who owns the brewery with partners Matt Gordon and Taylor Carter.

Several places in the Phoenix-area also will carry the cans: Tempe’s Bottleshop 48 at 3316 S. McClintock Drive; Heroes Pub and Grub at 5940 W. Union Hills Drive in Glendale; and Renaissance Phoenix Glendale Hotel & Spa next to the Arizona Cardinals’ University of Phoenix Stadium.

Eventually, Hilderbrand said, he would love to see Sentinel Peak cans in grocery outlets. The brewery is in talks with Total Wine & More and Whole Foods, which serves Sentinel Peak brews at its in-store bars.

“People are already asking for them so we’re definitely going in that direction,” he said.

Nimbus Brewing — one of Tucson’s oldest craft breweries — offers its beers in bottles.

Sentinel Peak Brewing is now Firetruck Brewing, and they are adding 2 restaurants

The six-year-old brewery launched by a trio of Golder Ranch firefighters is opening its third restaurant in Oro Valley this week and another six months from now that will feature coffee and a drive-through.

This is the 4th year for the Hotel Congress event.

Tucson's beer scene has come a long way in a short time.

Six new craft beer spots are set to open in the next year.

Brewery will take over space next door.

Firefighter Matt Gordon﻿ is known at his firehouse as the guy who cooks.

The latest addition to Tucson’s craft beer community opens its doors on Saturday.

New Life Health Center on Speedway, near Swan, opened in 1970.

Sentinel Peak brought in a mobile canning operation to can just over 300 cases of Salida del Sol Mexican amber beer.

Jeremy Hilderbrand and his Sentinel Peak Brewing Company partners are launching a canned version of their Mexican amber on Thursday, Oct. 5.