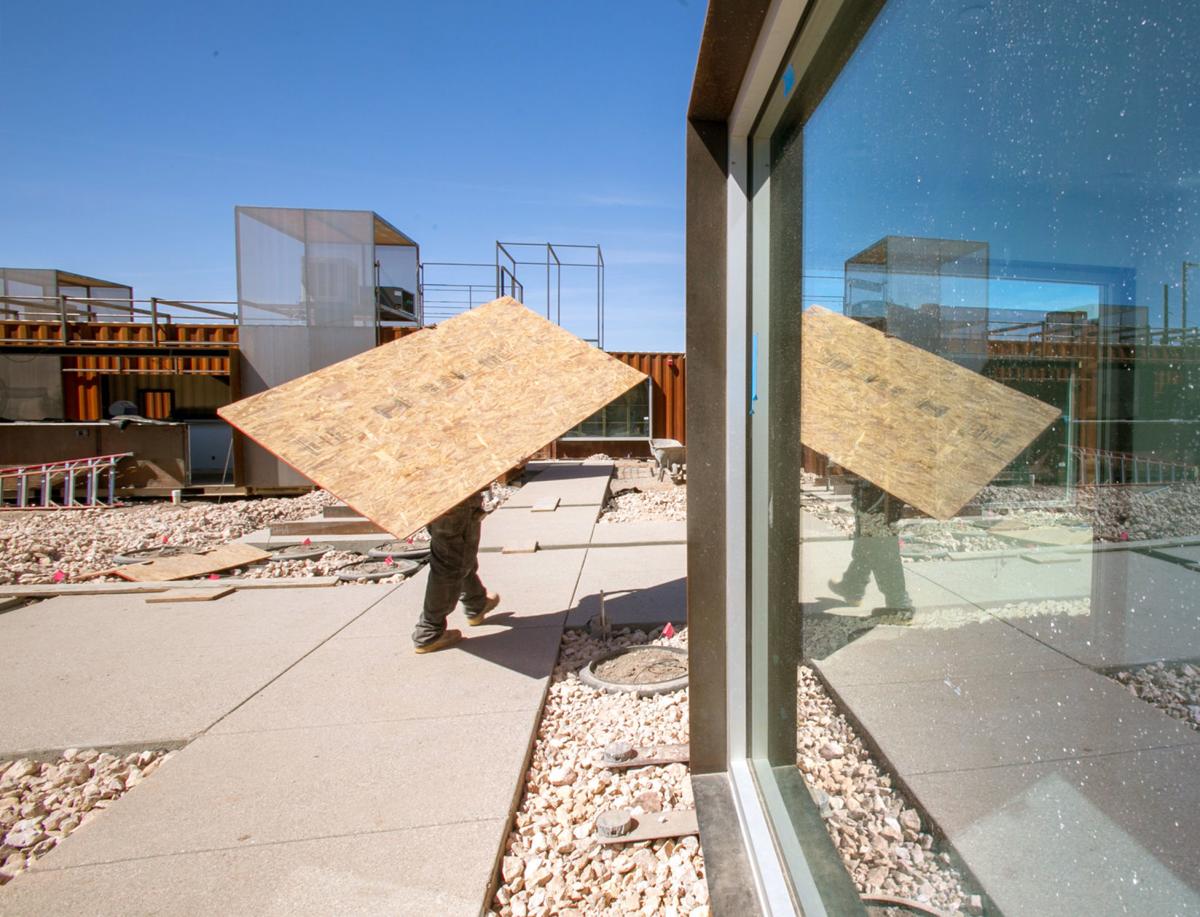 A shopping center made from shipping containers will make its grand opening May 5. The center, called the Mercado San Agustín Annex, will be made up of small businesses including restaurants, boutiques and event venues. 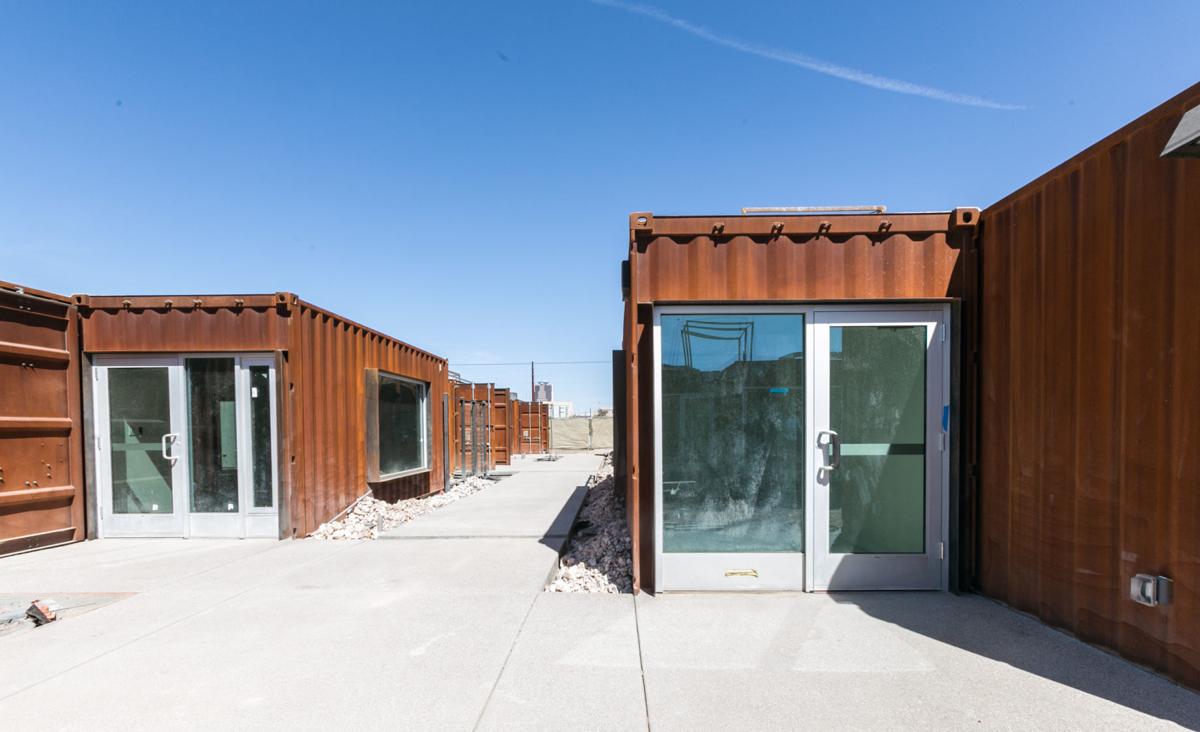 Two structures of the MSA Annex are nearing completion at the retail center and community space built with shipping containers just southeast of Mercado San Agustin. Thirteen local businesses are scheduled to move into the area.

A shipping container shopping center is readying for its grand opening with a weekend-long block party.

The Mercado San Agustín Annex, made up of 13 local, small businesses, will open May 4 south of Congress Street and west of Interstate 10.

Since opening Mercado San Agustin seven years ago, owner Kira Dixon-Weinstein said small businesses have wanted to be a part of the public market.

“We had tons of inquiries from some pretty great people about coming into the Mercado but we didn’t have space,” she said. “We discussed a temporary food stand on the corner and it just kept evolving.”

The idea of using shipping containers is with an eye to the future, Dixon-Weinstein said.

“I figure that corner would eventually have a three- or four-story building and containers are temporary and can be recycled,” she said.

No national chains have yet approached the Mercado.

“We figure one day there will be some corporate presence there but they will likely be the last there, not the first,” Dixon-Weinstein said.

The grand opening of the Annex coincides with the seven-year anniversary of the Mercado.

“Opening a new business in Tucson in May is not the ideal month,” she said. “But, we’re hopeful the locals will come out and support us.”

Kerry Lane is the owner of Beaut Burger, one of the businesses opening in the Annex. It will offer plant-based burgers, fries and beer. The burgers are made with grains, beans and vegetables.

“The big thing with Beaut is that we’re trying to create something that is fun for people,” Lane said. “A burger shack with beers in an outdoor dining space.”

Beut will occupy three containers on the east side of the Annex.

The upcoming block party will include a pop-up market, food trucks and live music.

Tenants in the Annex

Tucson Mayor Jonathan Rothschild has joined with community groups to launch a book club focused on compassion, civility and an understanding o…

Neto's Tucson: Pushing back against velodrome’s air of inevitability

I.K. Bruto and Neto talk about a pair of radio interviews about the proposed velodrome on Tucson's birthplace, at the foot of "A" Mountain.

A shopping center made from shipping containers will make its grand opening May 5. The center, called the Mercado San Agustín Annex, will be made up of small businesses including restaurants, boutiques and event venues.

Two structures of the MSA Annex are nearing completion at the retail center and community space built with shipping containers just southeast of Mercado San Agustin. Thirteen local businesses are scheduled to move into the area.