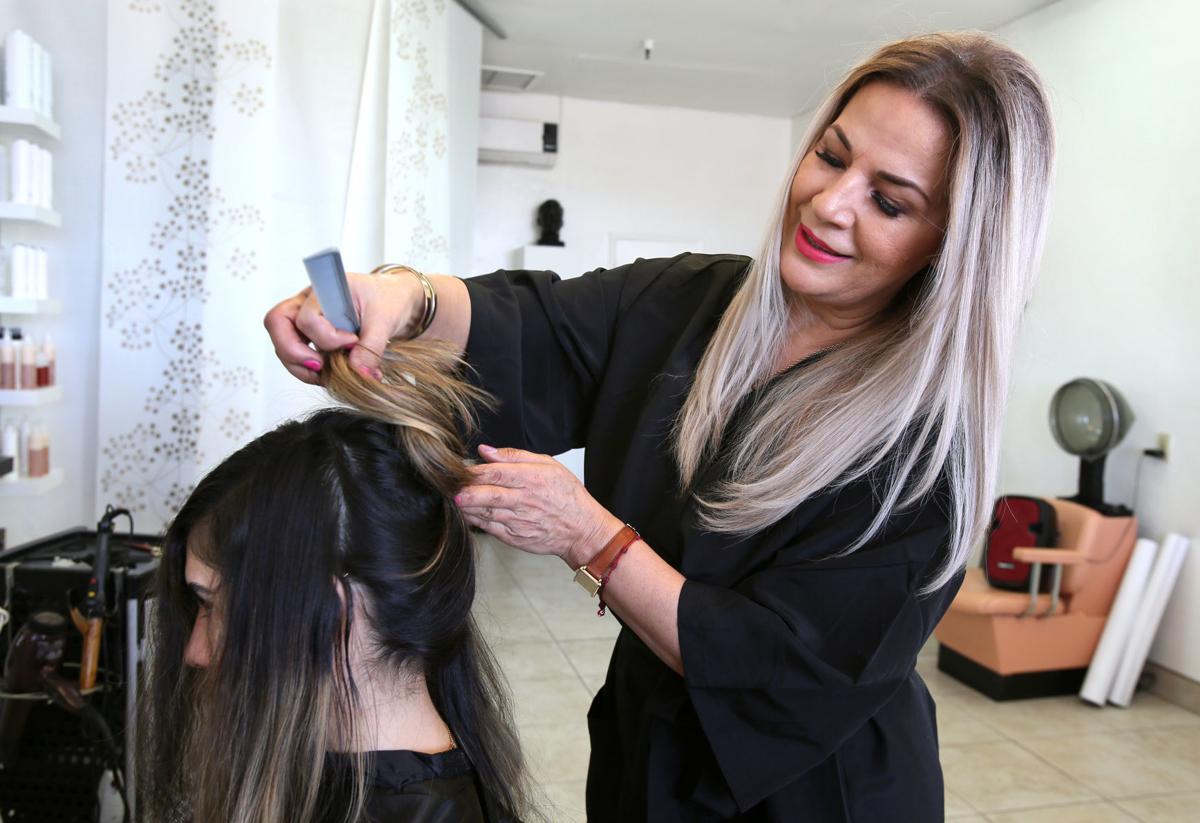 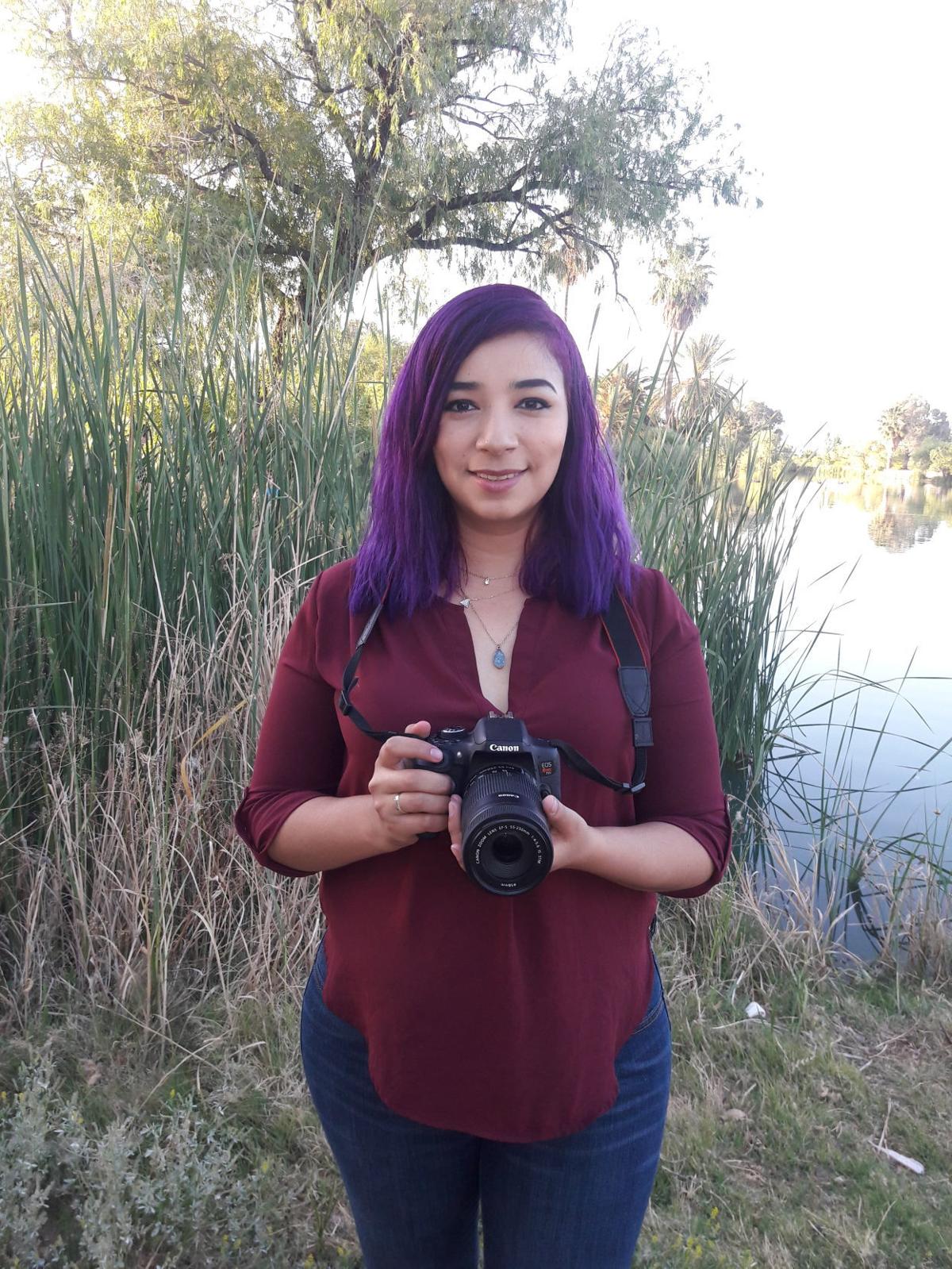 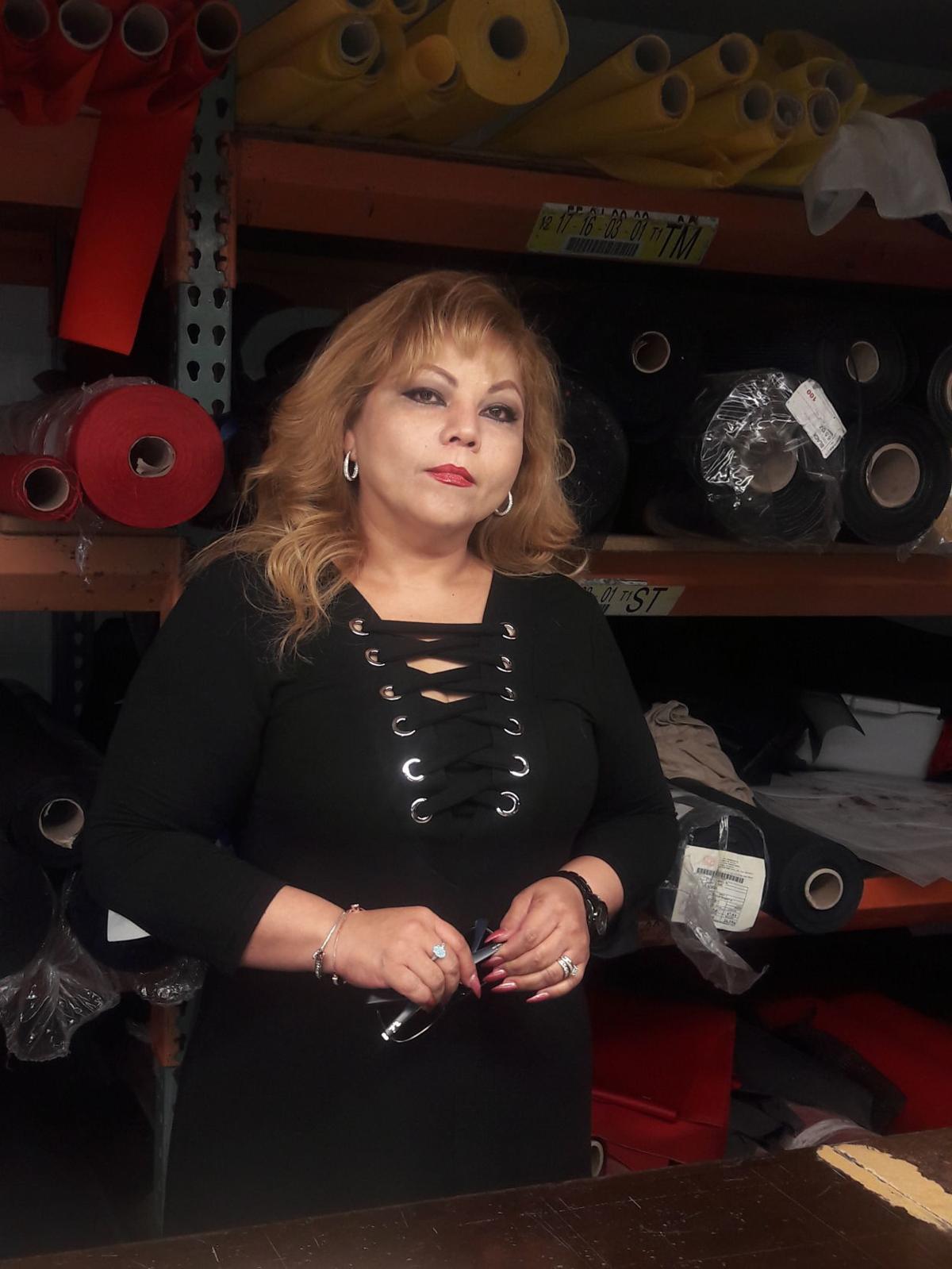 Graciela Zavala learned to sew on her mom’s machine. Now she has seven employees who help her make medical bags. 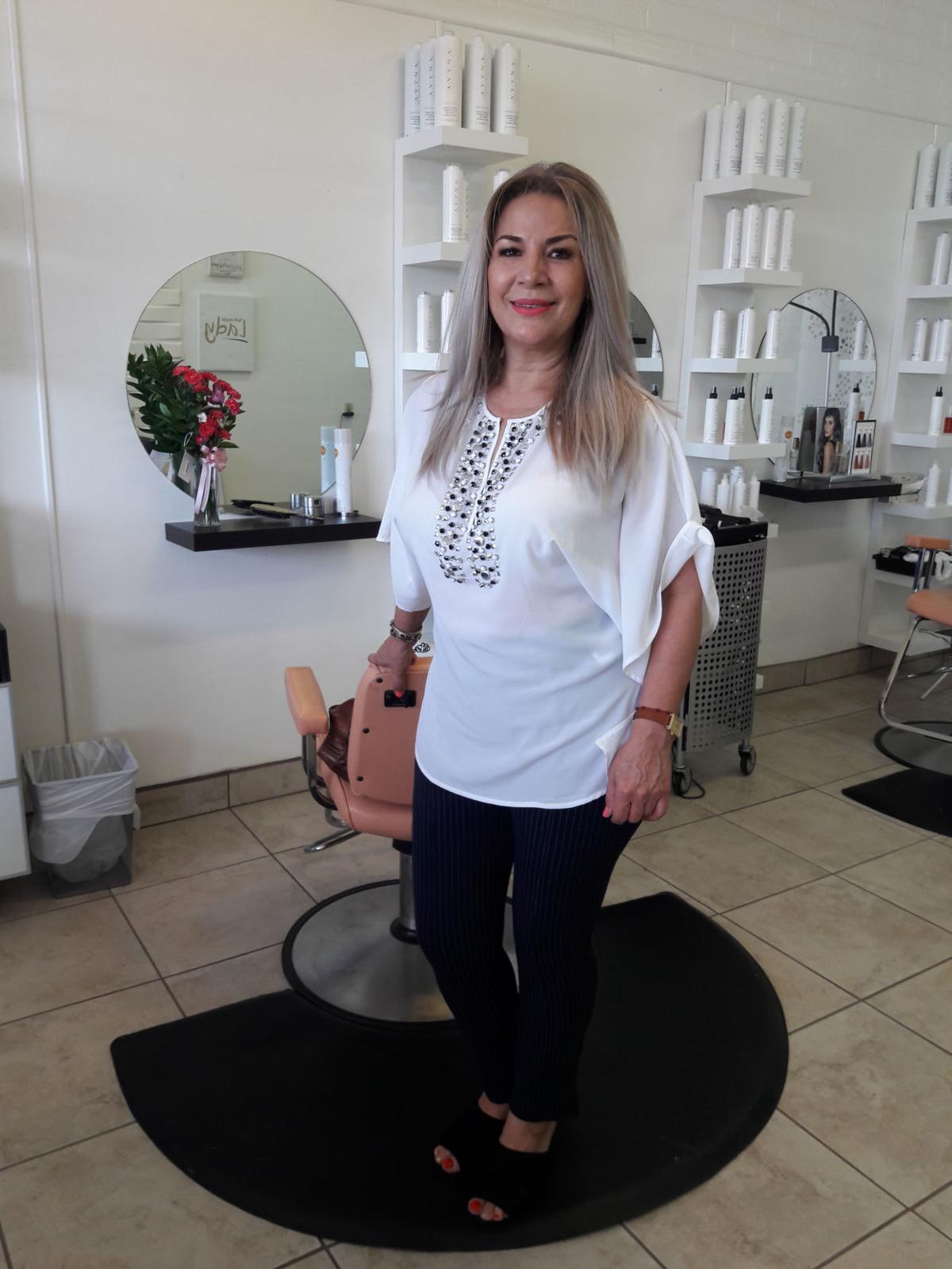 Breaking down the job description for “mom” could fill a dozen résumés, but you can almost always find they are enterprising, resourceful and creative. It’s only natural, then, that some of them take their talents into the business world.

Patricia Padilla, Graciela Zavala and Amanda Aguayo are part of a growing trend of Hispanic women starting their own business. With the help of the Women’s Business Center, a program of the YWCA and the U.S. Small Business Administration, the three Tucson moms have developed projects that allow them to juggle the experience of motherhood and their entrepreneurial spirit.

Here are their stories.

Before coming to Tucson a year ago, Patricia Padilla studied podiatry in Hermosillo and worked at a clinic in Nogales. Her passion is photography, especially when it comes to taking photos of newborns. After working from home for a few months, she decided to open her photo studio, Patricia GF Photography, in north Tucson, at 2410 W. Ruthrauff Road.

While it’s difficult to split her time between her studio work and taking care of her kids, Louis and Elliot, for Padilla, knowing she’s on the right path makes it all worth it.

“I’m not going to work for anyone else,” she remembers always thinking, “and I’ve never been afraid.”

Padilla and her husband, Luis, take turns watching the children, both still toddlers, while the other works. When they are both out, her mother-in-law steps in to help with the boys.

She learned how to use different photo editing programs by watching her husband, a graphic designer, work and has taken what seems like every online photography course available. She says she started taking photos when she was 10.

But she also knows when to draw the line between home and work. In the mornings, when she’s at home with her children, they are her focus. “I turn my cell off,” she says. But with subjects so readily available, it’s hard not to mix a little business with pleasure. “I love taking their picture,” she said. “The oldest one is my model.”

Padilla’s goal is to teach her children the value of work.

“I tell them they work with me,” she said. “I want that when they grow up they have a desire to earn things. For them to ask, ‘how can I help you?’ Because everything for me has been a sacrifice. I’ve always had to leave some things for others.”

Imagine a young woman arriving from central Mexico, just married, without legal documents to live in the United States, without an education beyond middle school and without knowing a word of English.

That was Graciela Zavala. And that was her husband, Manuel Granados, who came before her. Both natives of Irapuato, Guanajuato, both are now U.S. citizens and parents of three children — two college graduates and one still in high school. They are also both owners of a factory that makes medical bags for doctors and emergency responders.

The American dream fulfilled through tenacity, work ethic and a desire to improve.

When the couple moved to Tucson from Los Angeles, where Granados worked for suitcase manufacturers, Zavala was a homemaker. But she knew she could do more.

She was only 4 years old when her father died, and her mother worked in restaurants to support her eight children. Zavala learned to sew on her mother’s machine and insisted that her husband buy sewing machines.

Soon, she was sewing suitcases and two checks started coming into the household. Then they started traveling to Los Angeles to buy wholesale defective clothing. Zavala would fix it and sell it at the Tanque Verde swap meet.

Years later, the factory owners for whom they produced the suitcases were ready to retire and convinced Zavala and Granados to takeover. Her husband wasn’t so sure about the idea. Before he married her, he lived firsthand the challenges of sustaining a failing businesses. But Zavala insisted that failure was experience.

Zavala and her husband had to stop selling at the swap meet because their work at Luna Company, the suitcase factory they run for the brand L.A. Rescue, took all their time. Now they have seven in-house employees and a subcontractor who works for them. Before the recession, they had 30 employees.

For Mother’s Day, Zavala traveled to Guanajuato to spend the day with her mother, who has been her inspiration.

“I so admire those enterprising women who don’t allow themselves to fail, who are at the front of everything,” Zavala said. “And I admire them even more when they are alone. My respect to them.”

Although she was doing well in Hermosillo, where she had her own beauty parlor, Amanda Aguayo was looking for something more. She wanted a change in her life.

Her son Israel lived in Tucson and asked her to come.

“He told me, ‘Mom, here is the best of the worst of Latin America.’ I still don’t know what he meant, but here I am,” she said.

Israel was eventually deported, leaving his unborn son. That’s when Aguayo knew that the reason she was in Tucson was because that child would need her. After about three years, officials determined the boy could not remain with his biological mother, she said.

“Now I’m my grandson’s mom,” Aguayo said, having adopted him more than six years ago. “He was my primary motivation about having my own business. I want to be more independent and have him see that it can be done.”

Aguayo opened Grant Beauty Salon & Barber at 18 W. Grant Road a few months ago, after 17 years of working at two other salons in Tucson. Her grandson Isaías, now 10, knows he’s part of the business.

“He says he’s my partner,” she said. “I tell him yes and that he’s going to pay for college with this.”

Her grandson goes to school early and by 8 a.m. she’s at the salon. Aguayo picks him up at 5 p.m. and if there’s work to be done back at the salon, he’s more than happy to tag along.

Andrea Contreras, 26, works with Aguayo. She is just starting out doing microblading.

“She used to work from home and I feel this is a way to help her,” Aguayo said of Contreras. “We support each other as women. We give each other confidence.”

Aguayo, a native of Carbó, a small town near Hermosillo, is already thinking of expanding her business. “I want to have three more stylists. After that, I want to have a larger space.”

Aguayo is one of the women who swears by what the Women’s Business Center can do. They helped her get the permits she needed, work on a business plan and even helped her find the right place to rent for her salon.

Having a business is a lot of responsibility and requires a lot of work, Aguayo said.

“No one is going to come open for you,” but it does grant you more freedom, Aguayo said. “I recommend it. I see many women that have the potential to be independent and they don’t do it because they’re afraid.”

Witnesses told investigators that a small blue pickup truck fled the area after crashing into the rider and horse, killing both.

EL CENTRO, Calif. — A series of earthquakes with magnitudes above 3.0 rattled the Southern California desert.

Wildfire in Cochise County grows to more than 1,100 acres

The Pinery Fire in Cochise County was estimated to have grow to between 1,100 to 1,200 acres, officials said Sunday.

The man was in a crosswalk, but police say he crossed against the light.

Graciela Zavala learned to sew on her mom’s machine. Now she has seven employees who help her make medical bags.