The pandemic is fueling migration, which is driving demand in the Tucson area for rental units and new housing, like this new home in the Santa Cruz Meadows subdivision in Sahuarita. 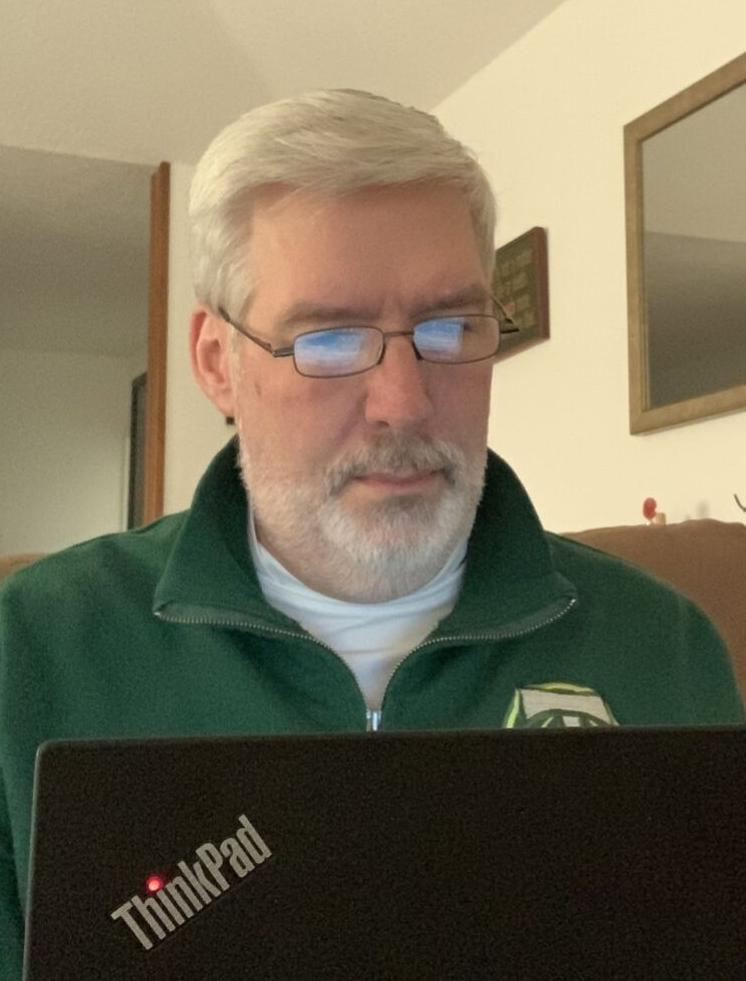 Scott Harra, who has been working from his couch in Salem, Ore., since March, is moving to the Tucson market because of his job becoming permanently remote.

The plan was to retire in two years and move closer to family in Tucson.

But when the work-from-home plan that began March 19 became a permanent situation, Scott Harra realized he didn’t need to postpone his relocation plans.

The 57-year-old is the executive vice president of marketing and government relations for a software and consulting firm in Portland, Ore. His couch, in neighboring Salem, has been his office for more than six months.

“When my supervisor said we’re never returning to our offices, I contacted my daughter,” said Harra, whose daughter, Kellie, is a real estate agent with Long Realty Co.

She convinced him to expedite his plans for moving to the Tucson area and helped him find a house where he can continue to work remotely for his company, Mass Ingenuity.

“I’ll definitely be saving on the cost of living like groceries are less expensive, and gas is greatly less expensive,” Harra said. “And, having mountains that I can see on a regular basis is important.”

Harra will close on his home in Oro Valley this month.

His story is one that is playing out in the Tucson market and driving both demand for rental units and new housing as the pandemic fuels migration.

A recent report by the Pew Research Center shows more than 20 percent of U.S. adults changed their residence or know someone who did because of the pandemic.

Researchers at the Harris Poll found nearly 40 percent of adults living in urban areas would consider a move.

The impact in Tucson is most visible in the aggressive home building going on in the area.

“Although the transition to working from home initially seemed temporary for many companies at the start of the pandemic, as months wore on more and more companies decided to incorporate remote work into their long-term plans,” according to FlexJobs, which specializes in remote jobs. “And this has scrambled the housing market like never before.”

Tucson has benefited because of the low cost of living and various suburbs.

“When location isn’t an issue, remote workers are free to search for homes that are more than just a place to rest their heads,” FlexJobs says.

Renters, who are currently priced out of their market, could buy a starter home from someone else if they are able to work from home permanently.

Homebuilders continue to pull permits for infill developments within the city and for larger communities in Marana, Vail, Sahuarita and Starr Valley.

Real estate analysts say the outward-bound residential trend could continue as the pandemic persists and could increase if there’s a second wave of the virus in the fall, said Jadon Newman, CEO of Noble Capital, a private lending and equity firm.

That could result in prices falling in dense, urban areas.

“But it’s too early to count out urban areas altogether,” Newman said. “We’ve had other periods in history where cities survived societal and technological transformation.”

Need to get away from home? This downtown Tucson hotel is renting work space

"With the pandemic and people not being able to work from home, they're looking to outsource an office," the manager said. "They're looking for somewhere to meet someone or get away from the family for a little bit to focus."

Entertainers were seen giving skin-to-skin lap dances and the doorman at Curves Cabaret told detectives that customers and dancers must wear face masks, but for VIP dances, it was up to the dancer and patron if they chose not to.

The Tucson city council took action to prevents companies such as DoorDash, UberEats and GrubHub from charging locally-owned restaurants, with fewer than five locations, more than 15% commission as they continue to deal with the financial impact of the pandemic.

Permit and review fees will be adjusted up or down annually based on the fund that supports the county's Development Services Department.

As a lifelong fan of haunted houses, the owner of LuckyTrouble Studio said she wanted to create a space that felt like a destination for customers.

Near Cortaro Road and Hartman Lane, 251 one- and two-story homes are going up. They will feature KB Home's new dedicated office space option for the work-from-home buyer.

The program will offer remote workers about $7,500 in incentives including help with moving expenses, internet service and membership in community groups.

The first phase of development will have 671 homes in three neighborhoods, near Valencia Road and Old Spanish Trail.

The pandemic is fueling migration, which is driving demand in the Tucson area for rental units and new housing, like this new home in the Santa Cruz Meadows subdivision in Sahuarita.

Scott Harra, who has been working from his couch in Salem, Ore., since March, is moving to the Tucson market because of his job becoming permanently remote.