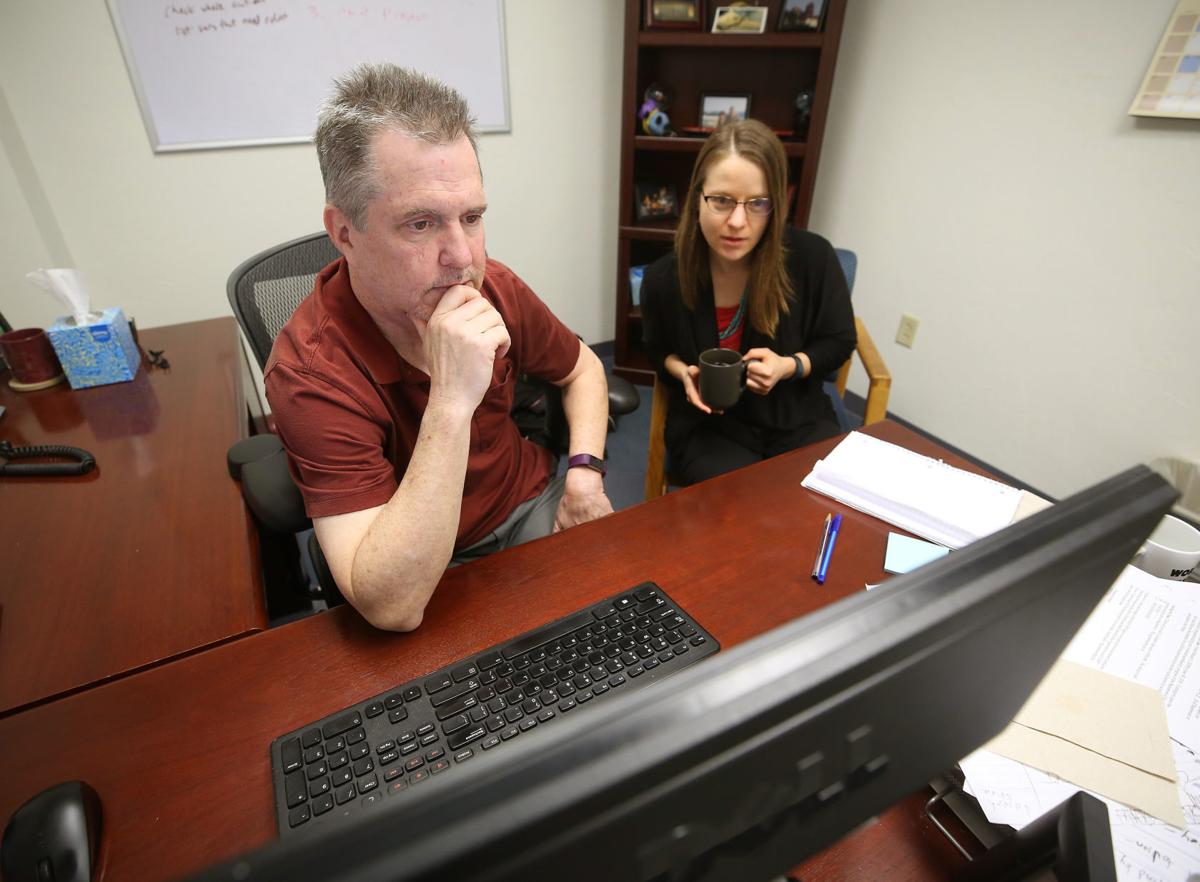 Bob Stafford, data team technical lead, and Emily Hartley, a data manager, discuss a project at Critical Path Institute, which has doubled its staff and budget in the past five years. 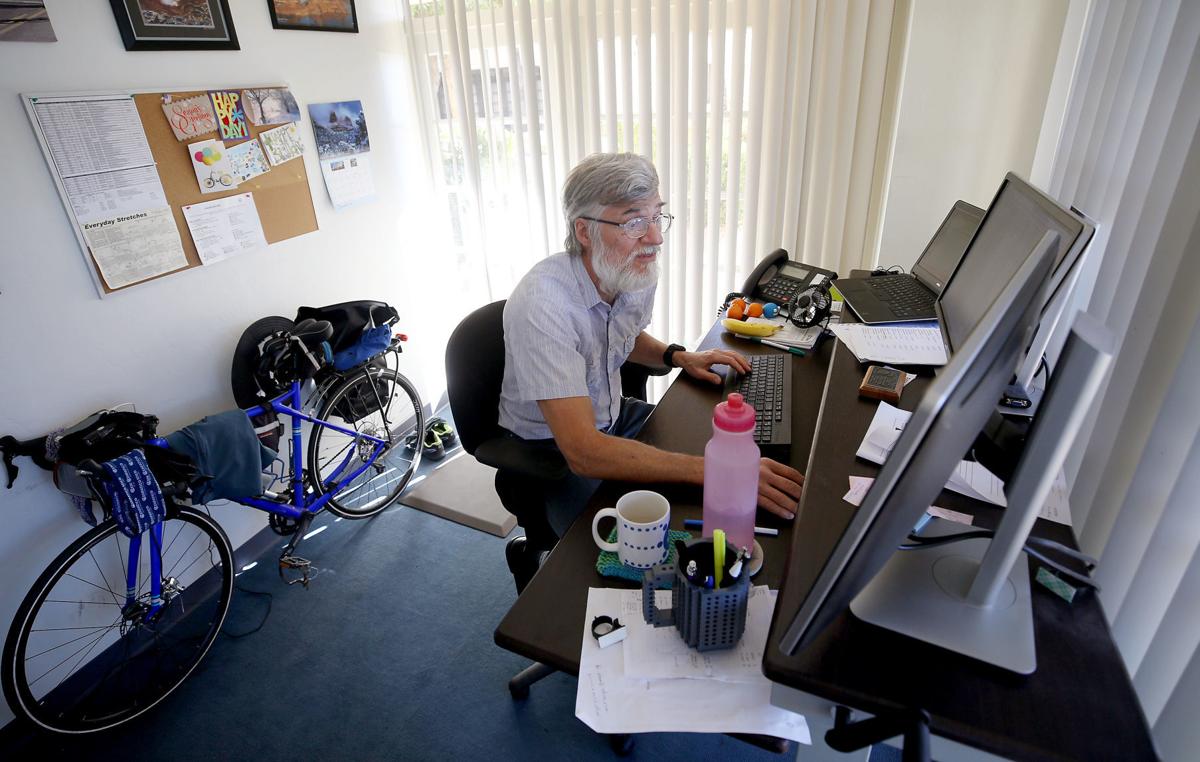 Dan Hartley manages data submitted by consortia members that are working on therapies and diagnostics for diseases including multiple sclerosis and muscular dystrophy.

The Tucson-based Critical Path Institute has no laboratories, no drug chemists, no patent lawyers.

Yet the nonprofit is arguably one of the most important emerging drug-research organizations in the nation, if not the world.

The organization known as C-Path was founded in 2005 with a goal of bringing pharmaceutical companies, academic researchers and regulators together on neutral ground to develop tools to study drug candidates.

Thirteen years later, C-Path oversees 16 consortia that use mountains of patient data to develop new drug-development tools that can be used for clinical trials of drugs to treat diseases such as Alzheimer’s, muscular dystrophy and Parkinson’s disease.

More than 60 drug and diagnostics companies — including major players like Abbott, AstraZeneca, Bayer, Eli Lilly, Pfizer and Novartis — participate in C-Path’s consortia, along with nonprofit research organizations and universities including the University of Arizona and the Mayo Clinic.

C-Path also partners with nonprofit research groups such as the Alzheimer’s Association, the National MS Society, the March of Dimes and the Bill and Melinda Gates Foundation.

In just the last five years, C-Path has seen its annual budget double to more than $16 million and expanded its offices to accommodate a staff that has swelled to 68.

About three-quarters of C-Path’s budget comes from government grants, such including a five-year $2 million grant from the FDA, while consortia members contribute the rest.

“We’ve doubled the number of projects we’re doing, doubled our operating budget, and doubled our staff in five years, and I believe that pattern of growth will continue, though it might not be that fast,” said Martha Brumfield, who was named CEO of C-Path in 2013.

To fulfill its mission of speeding up development of safe drugs, C-Path staff work with consortia members to develop a variety of tools to help guide research and shape clinical trials.

Brumfield says she has some trouble explaining to strangers exactly what C-Path does.

“I generally say something like, we don’t test medicines, but we develop the test for others to use to test medicines — it reminds me a lot of the BASF slogan a few years ago that said something like ‘we don’t make the products, we make them better.’”

Biomarkers can help show if potential new therapies are causing injury to a patient’s organs, and can play a part in selecting the appropriate patients to enroll in clinical trials.

Other C-Path consortia focus on therapies and in some cases diagnostics, for diseases including multiple sclerosis and Duchenne muscular dystrophy, and neonatal and pediatric drugs.

C-Path consortia members contribute data to each project and then can use the tools to develop new drugs. They also make some data available at no charge to the research community.

“We know our tools are being used inside companies either to make a go or no-go decision or to make clinical trials design decisions, but those discussions remain proprietary,” Brumfield said.

C-Path consortia also use data to create simulations of clinical trials, which can help in the design of actual trials.

Working on 11 different disease areas, the consortium has developed rating scales that can be used as endpoints in clinical trials, based on interviews with patients about what symptoms most matter to their quality of life.

That’s important, groundbreaking work for patients with diseases with no full cure.

“For a patient with multiple sclerosis, if they have three days a week they can walk through the grocery store, they’re moving in the right direction,” Brumfield said.

One area that C-Path is not involved in is cancer therapies, since there are a number of existing research collaborations that encompass development tools, Brumfield said.

Drug companies see a lot of value in the collaboration fostered by C-Path’s consortia.

“I think C-Path is addressing an important unmet need, and it’s all about public health, in my mind,” said Jiri Aubrecht, senior director and safety biomarker lead for drug giant Pfizer and co-director of C-Path’s Predictive Safety Testing Consortium.

Aubrecht, whose lab discovered an enzyme biomarker for liver damage that is being studied by the consortium, said the consortia can also “cross-pollinate” to study the use of biomarkers created to develop new drugs as diagnostic tools, for example.

“The patients get the drugs faster, and they get better tools for diagnosing their disease,” said Aubrecht, who is based in Groton, Connecticut. “This is a phenomonal thing, and I don’t know of any other organization that has that bandwidth.”

Dr. Jonathan Davis, chief of newborn medicine at the Floating Hospital for Children at Tufts Medical Center in Boston, said C-Path’s International Neonatal Consortium could pave the way for major breakthroughs in drugs for premature babies.

Though the U.S. spends some $29 billion to treat premature babies annually, the last time the FDA approved a neonatal drug was 1991, he noted.

“It’s a relatively young field, it’s a small market, it’s very high risk, and people are afraid so they tend to ignore them,” Davis said.

In a little over three years, C-Path’s neonatal consortium has grown to more than 250 members in more than 40 countries and published more than 15 scientific papers.

Consortium members have been broken up into work groups to study specific neonatal areas, such as prevention of lung and intestinal damage and the group is working to establish benchmark lab standards for neonatal patients.

“We’ve made enormous progress in a short time,” Davis said. “They get everyone together and it’s amazing when you get people in the room from a variety of different disciplines and walks of life, how things can actually get accomplished — our own Congress could take a real lesson in watching us go.”

After adding four consortia last year, C-Path is preparing to launch a new consortium on Huntington’s disease, a fatal genetic disorder that causes the progressive breakdown of nerve cells in the brain, she said.

And while the institute has attracted international participation, it will soon have a presence in Europe with planning underway for a small office in Ireland, which should make C-Path eligible for European grant funding, Brumfield said.

“I don’t have any concerns about our viability and our model, even though we are not selling anything and we’re not revenue generating, our model is turning out to be sustainable,” she said.

“My personal dream is that we have more of an impact in global health.”

Eller’s McGuire Center for Entrepreneurship is launching a remote campus this fall.

University of Arizona to be part of ambitious $1.45 billion U.S. health study

The University of Arizona will have a role in a major national study that aims to include DNA and health data from one million people across the U.S.

Bob Stafford, data team technical lead, and Emily Hartley, a data manager, discuss a project at Critical Path Institute, which has doubled its staff and budget in the past five years.

Dan Hartley manages data submitted by consortia members that are working on therapies and diagnostics for diseases including multiple sclerosis and muscular dystrophy. 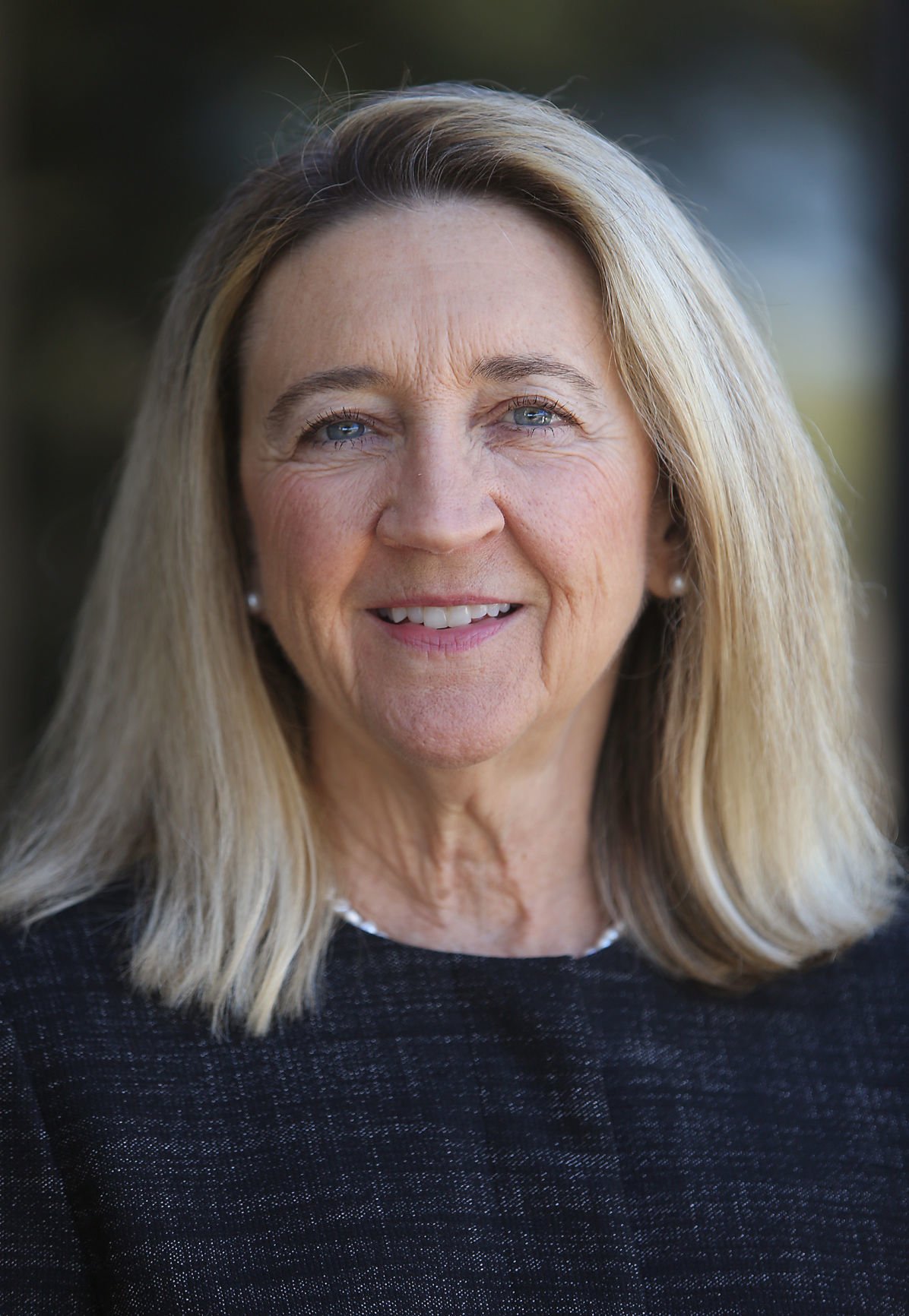