Caterpillar Inc.’s Surface Mining and Technology Division headquarters celebrated its first year in downtown Tucson by giving administrative employees the chance to see what their research and development is helping create.

Dozens of employees were bused to the Tinaja Hills Training Center in Green Valley to watch the giant automated dump trucks and dozers at work.

Caterpillar is leading the industry with development of automated mining trucks to improve production and safety.

The shovels are operated by workers who cue up an automated dump truck to haul away the debris as another dump truck idles nearby for its turn.

Utilizing 64 lasers in a bulb attached to the trucks, Lidar technology creates a 3-D image for the trucks to see anything in their path, said Sean McGinnis, production manager of Caterpillar’s Mining Technology Enabled Solutions.

Upon arriving at the dump site, the driverless trucks back right up to the berm to unload. Once empty, the truck pulls forward while simultaneously lowering the bed — something that a manned truck cannot do because of the jolting to a driver, McGinnis said.

The minutes of time that saves is multiplied dozens of times in a 12-hour shift.

Caterpillar has 80 autonomous trucks in operation at mines around the world and they have reported a 20 percent increase in production.

Employees in Tucson are part of the team developing the technology.

Already 260 employees have made the move to Tucson in temporary quarters at 97 E. Congress St. With 300 employees expected by the end of the year, additional space is being leased at 1 S. Church Ave., said Ben Cordani, Caterpillar’s human resources manager of the surface mining and technology division.

A permanent headquarters is under construction west of Interstate 10 and Cushing Street and is expected to be completed in early 2019.

“It’s getting harder to find people to sit in that seat for 12 hours,” he said.

The dozers are operated with an over-the-shoulder console in the field and spare the employee from the dust, noise and vibration of being in the seat.

From a control room, an operator can direct up to four dozers from the comfort of an office chair with shift change taking seconds, Watkins said.

Eventually the majority of mining operations will be automated, McGinnis said.

During the demonstration for employees, the safety features of the equipment was highlighted.

Blue lights indicated the trucks are in automated mode. Workers on the ground all have devices that will cease all automation within 300 meters. A signal is then sent to the main office, indicating automation was halted and by which employee.

When a truck requires servicing, workers approach the truck and switch the blue light to green, letting others know it is now a manned vehicle.

If a vehicle or person crosses their path, the trucks will stop and sound a warning horn, as trucks have the right of way. All incidents are recorded and sent to the main office for review.

To date, no accidents have been reported in the field, McGinnis said.

Caterpillar expects to grow to 600 employees over the next five years at its downtown headquarters.

The majority of the jobs will be filled by relocated employees from around the globe in executive management, engineering, product development and support positions. Salaries are in the $90,000-plus range.

See Caterpillar's mining equipment, including the autonomous fleet, in action at the proving grounds south of Tucson.

Contract for International Space Station work could be worth up to $500 million.

The 21-foot cactus will stay put in the Sonoran Desert.

Event aims to encourage students to pursue jobs in the construction industry.

Robotic bartenders are popping up around Arizona

Arizona Restaurant Association says the trend toward automation will continue to expand. 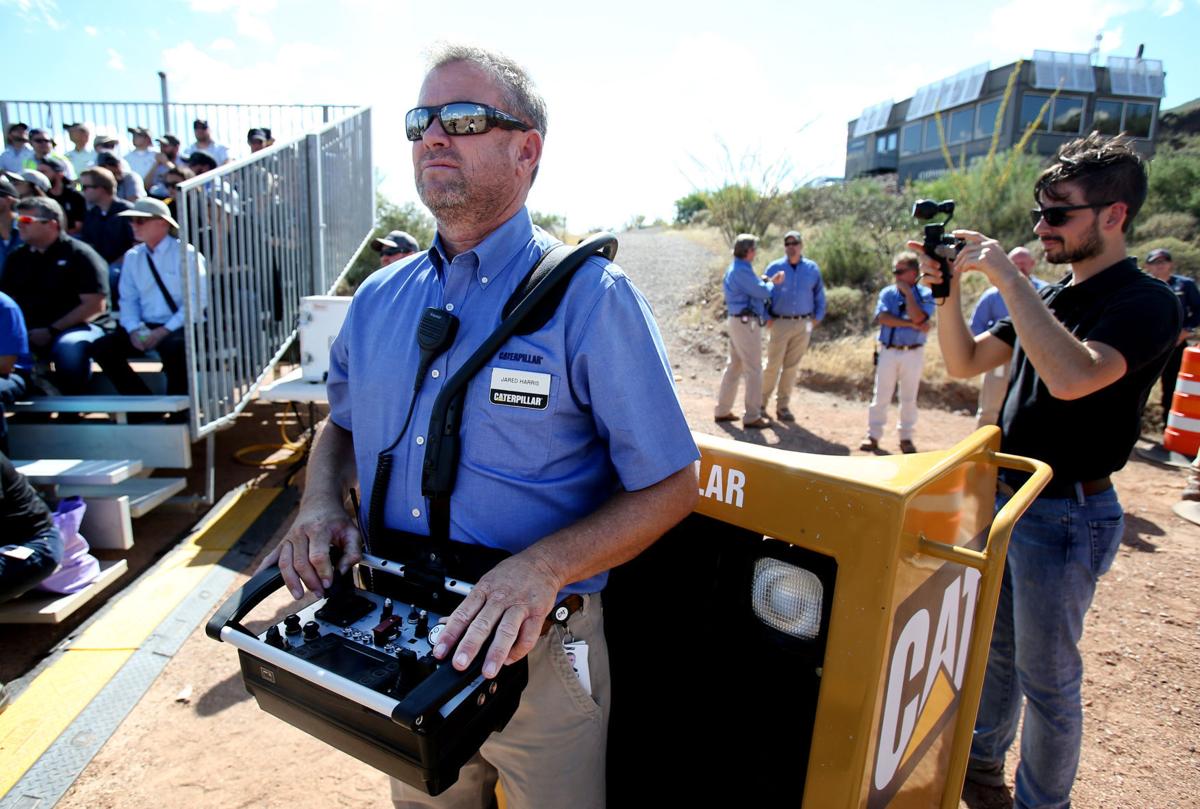 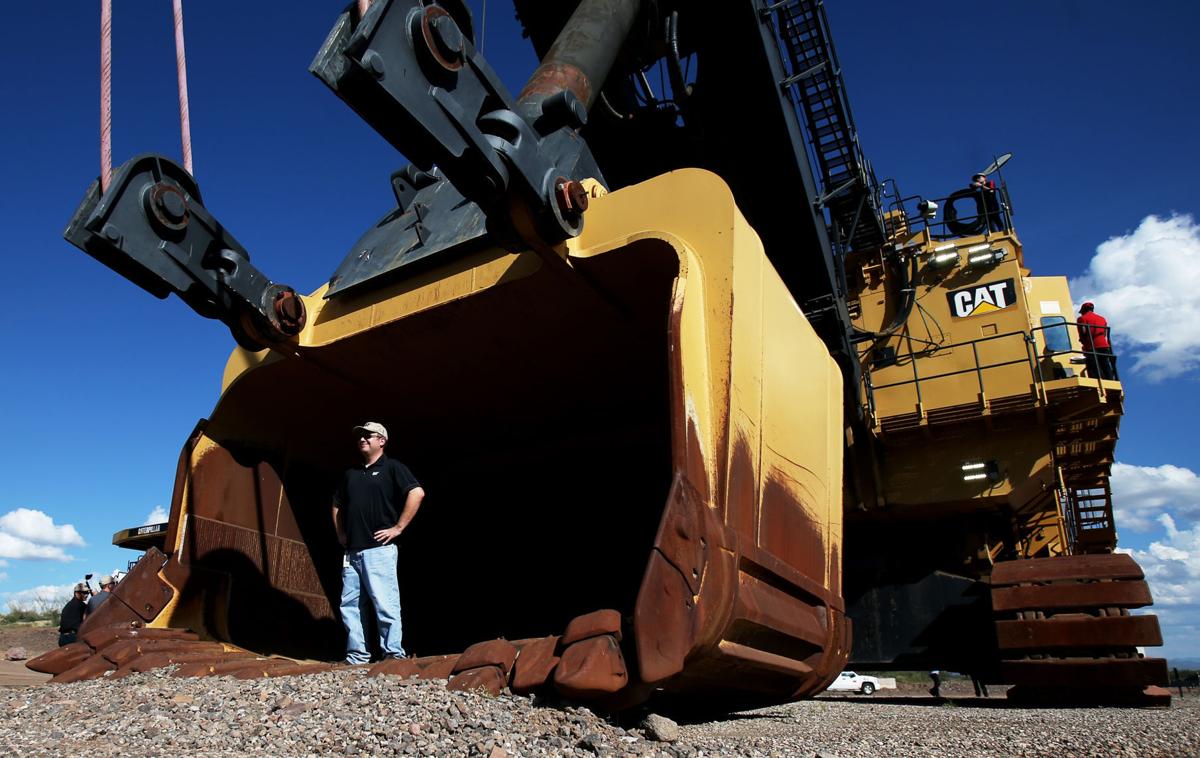 Kyle Gilkeson, a Caterpillar Minestar employee, poses for a picture in the bucket of a CAT 7495 electric rope shovel. 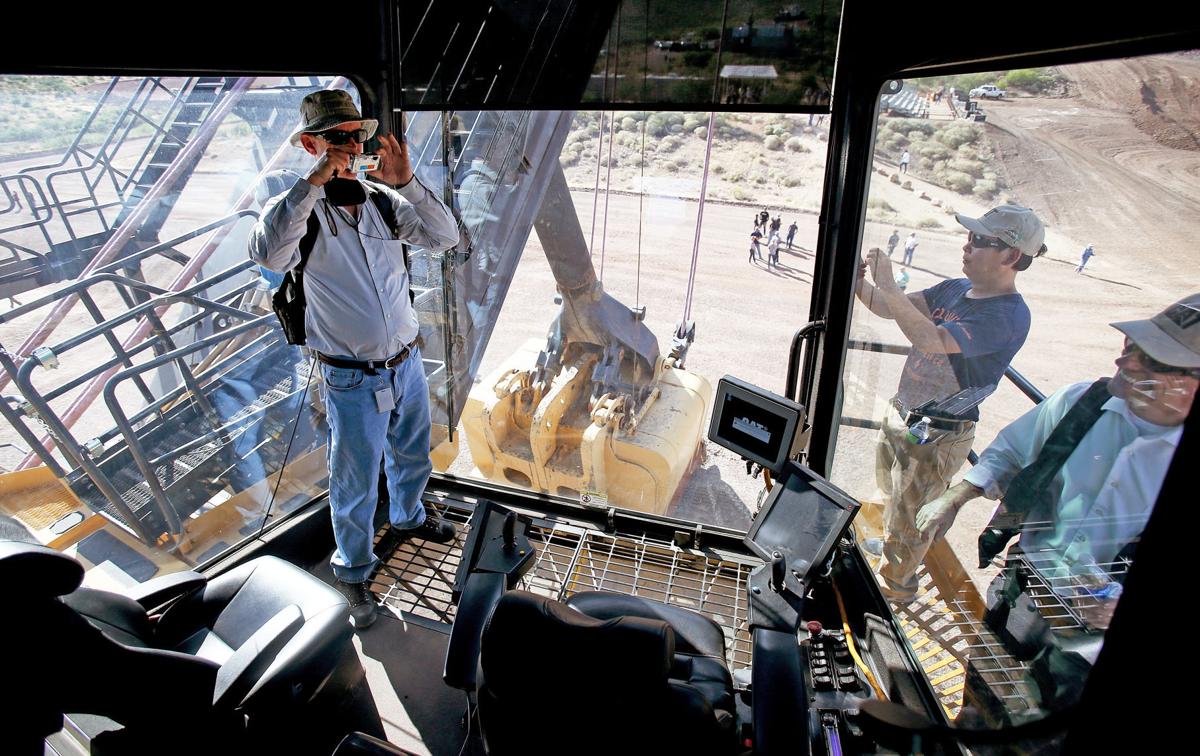 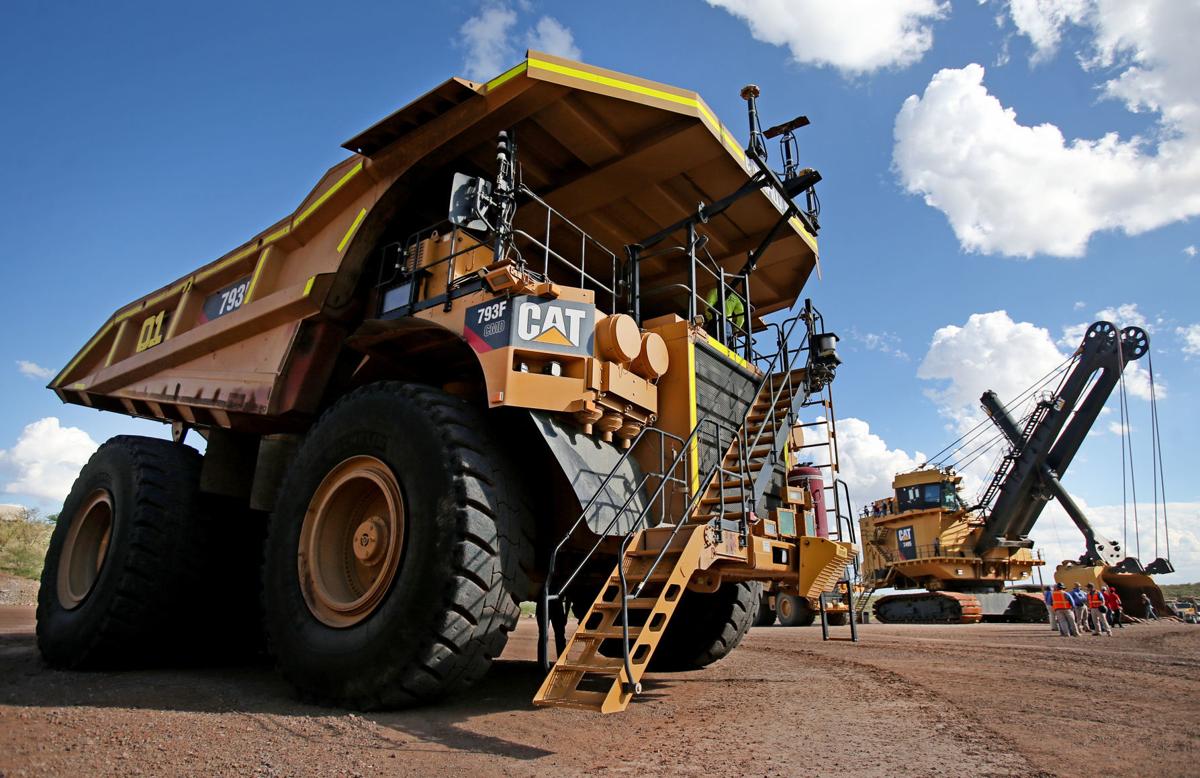 The technology developed by Symboticware helps mine operators monitor everything from tire pressure on trucks to environmental compliance.