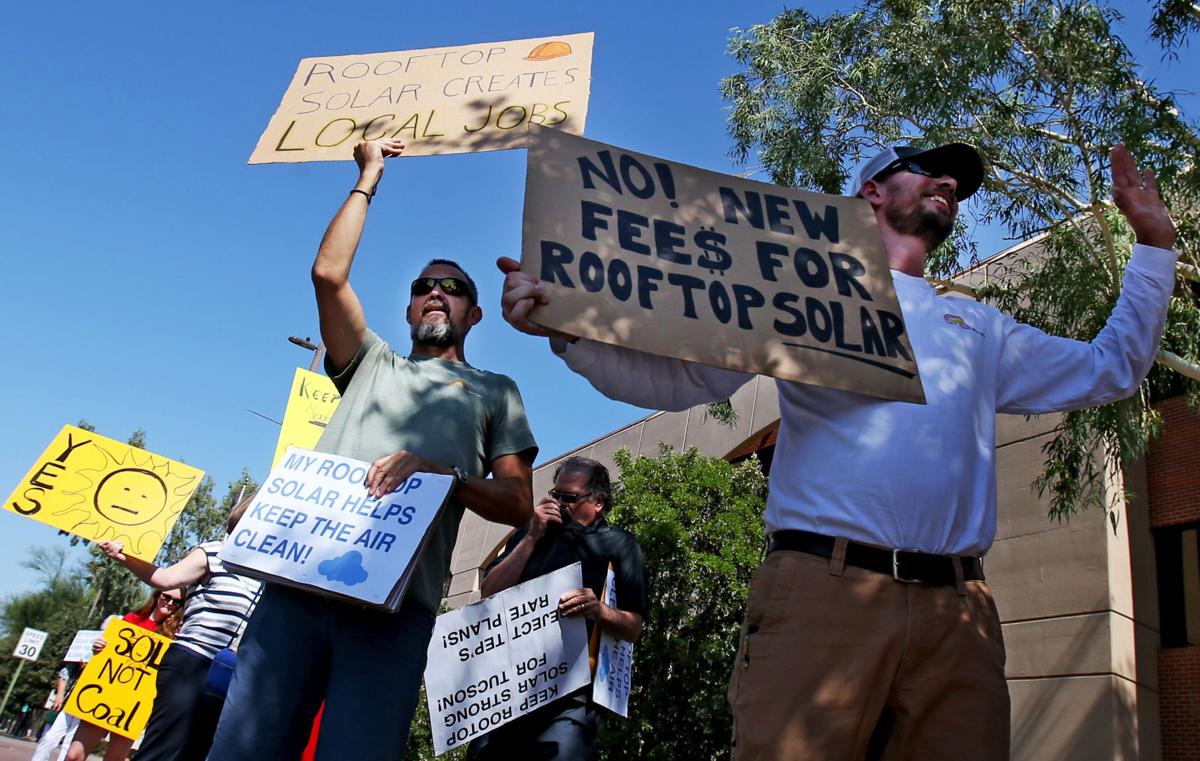 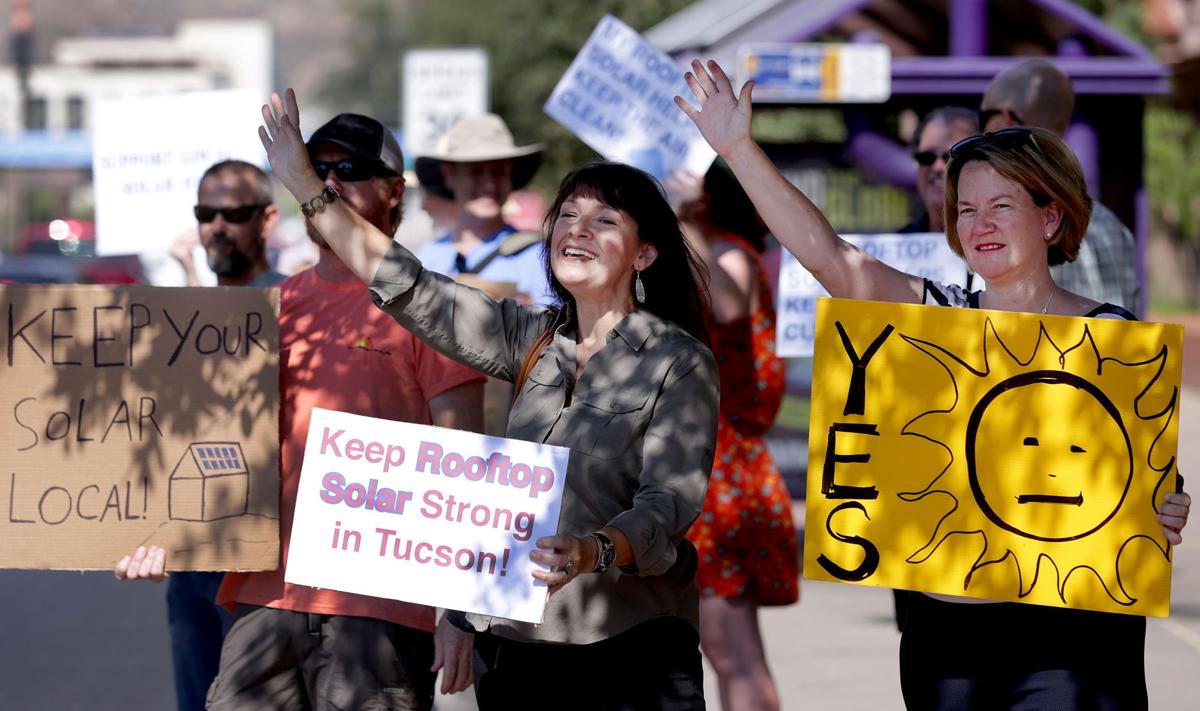 And while most of the TEP customers who spoke derided TEP’s proposal as anti-solar, TEP got support from at least one customer and several business groups who said solar rate reform is needed to eliminate a cost shift to customers without solar.

Several opponents of TEP’s plan cited the need to support rooftop solar to get away from fossil fuels that contribute to global warming.

“Climate change is real, and the Southwest is one of the areas most affected by this, along with the poles,” said Don Ries, a TEP customer with a rooftop solar system.

Ries said that, with advancing energy-storage technologies, solar will become an increasingly valuable part of the nation’s power grid.

“It’s here, it’s growing, and we should be embracing it, not fighting it,” Ries said.

TEP midtown customer Victoria Woodard said she is paying about $10 to $15 more a month with the solar array she leases from Solar City, but she believes it’s part of her contribution to save the environment from the health effects of burning fossil fuels.

She rejected the contention by TEP and other utilities that solar customers are being subsidized by others.

“The idea that solar customers are hurting other customers is just a divide-and-conquer strategy by TEP, in my opinion,” Woodard said.

TEP’s plan is being considered along with a solar proposal for UNS Electric, a sister company to TEP that serves Santa Cruz and Mohave Counties.

Marshall Magruder, a Tubac resident and UNS customer who has testified in other rate matters before the commission, said Monday that solar’s role in reducing demand during hot summer days is overlooked.

“It reduces the peak demand during the day — there is no subsidy here,” he said.

Mark St. Onge said though he’s benefited from net metering, there is no longer any need for such “subsidies.”

“I got a great deal, but the deal I got is not something that is sustainable for an electric utility,” he said.

Kent Bauman, a solar consultant, said TEP’s proposal would eliminate most of the incentives for customers to invest in their own solar arrays in the future.

Bauman estimated that TEP’s proposals would stretch the time it takes a typical residential photovoltaic system to pay for itself through savings to more than 10 years, from about 5 to 7 years under the current rates.

TEP has proposed paying new rooftop solar customers a solar export rate of 9.7 cents per kilowatt-hour, based on the cost from utility-scale systems, compared with current full-retail net metering rate of about 11.5 cents.

The utility also has proposed new grid-access and demand charges and a $4 meter-reading charge for solar customers.

The changes would not affect customers who already have grid-connected solar systems and would apply to those who apply to interconnect after the effective date of the new rates.

“It advances solar at rates that work for everyone,” Voyles said of TEP’s plan.

“You end up transferring wealth from another part of society that is out there creating jobs,” Jenney said.

Jenney’s comments were not surprising. Though he didn’t identify his employer, Jenney is director of the Arizona chapter of Americans for Prosperity, a conservative political action group founded by the Koch brothers.

The next step in the TEP case is evidentiary hearings that occur before a hearing judge makes a recommendation to the full Corporation Commission — a process now likely pushed into early fall.

Decision to suspend commercial energy-efficiency rebates has left some in the lurch.

An east-side McDonald’s is the first in Tucson with the technology.

About 100 reports have come in to TEP over the last week.