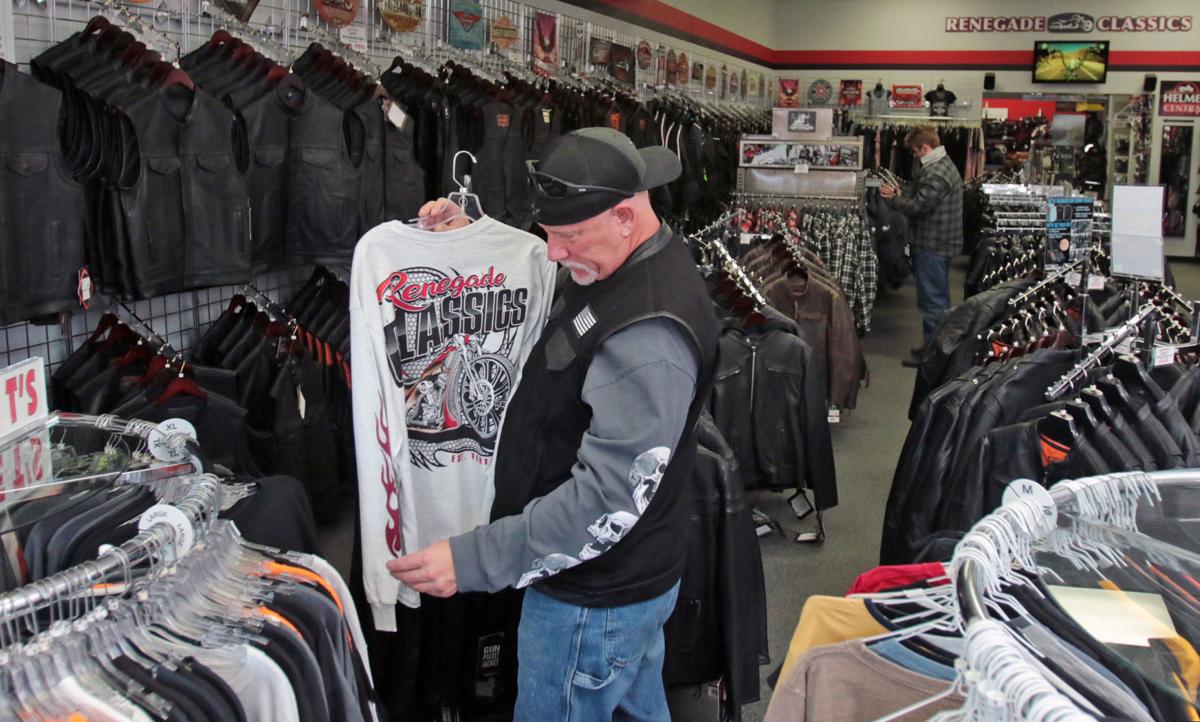 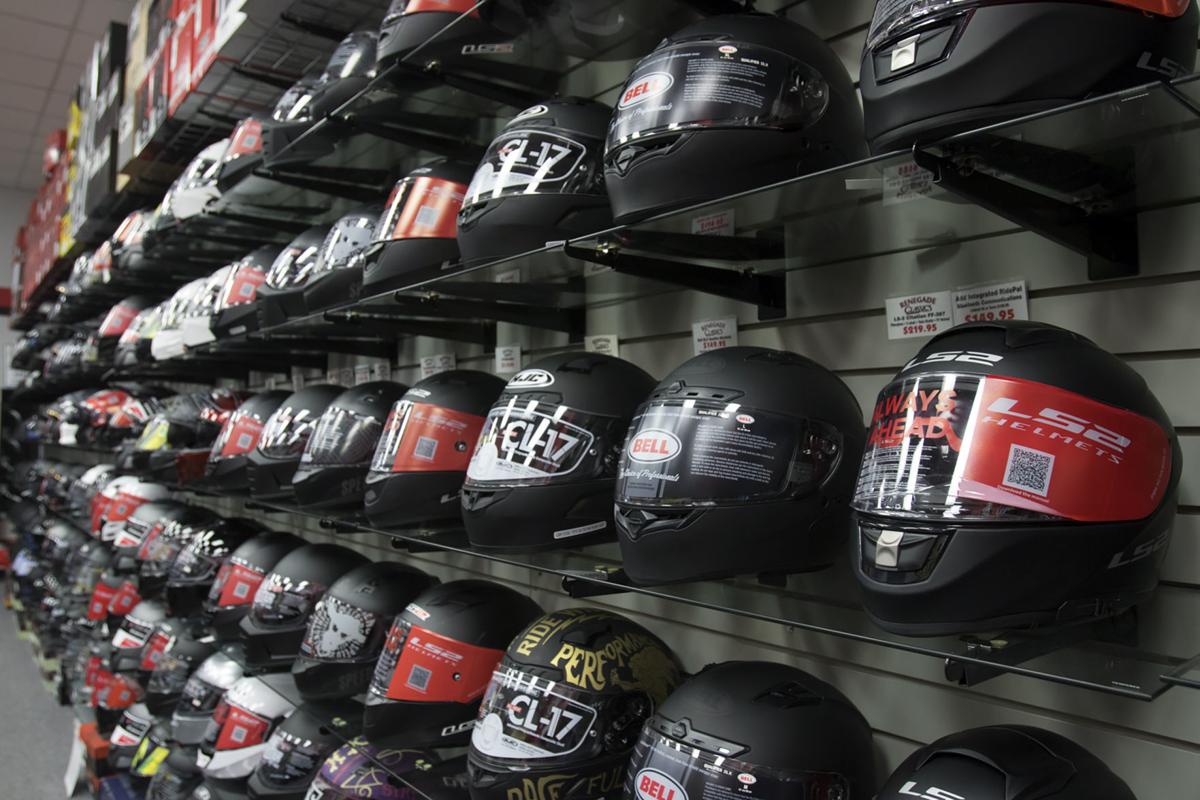 Renegade Classics offers 58 models of safety-rated helmets and even provides a personalized fitting service. “They don’t just say, ‘Here are our helmets, find one that feels good,’” one customer says. 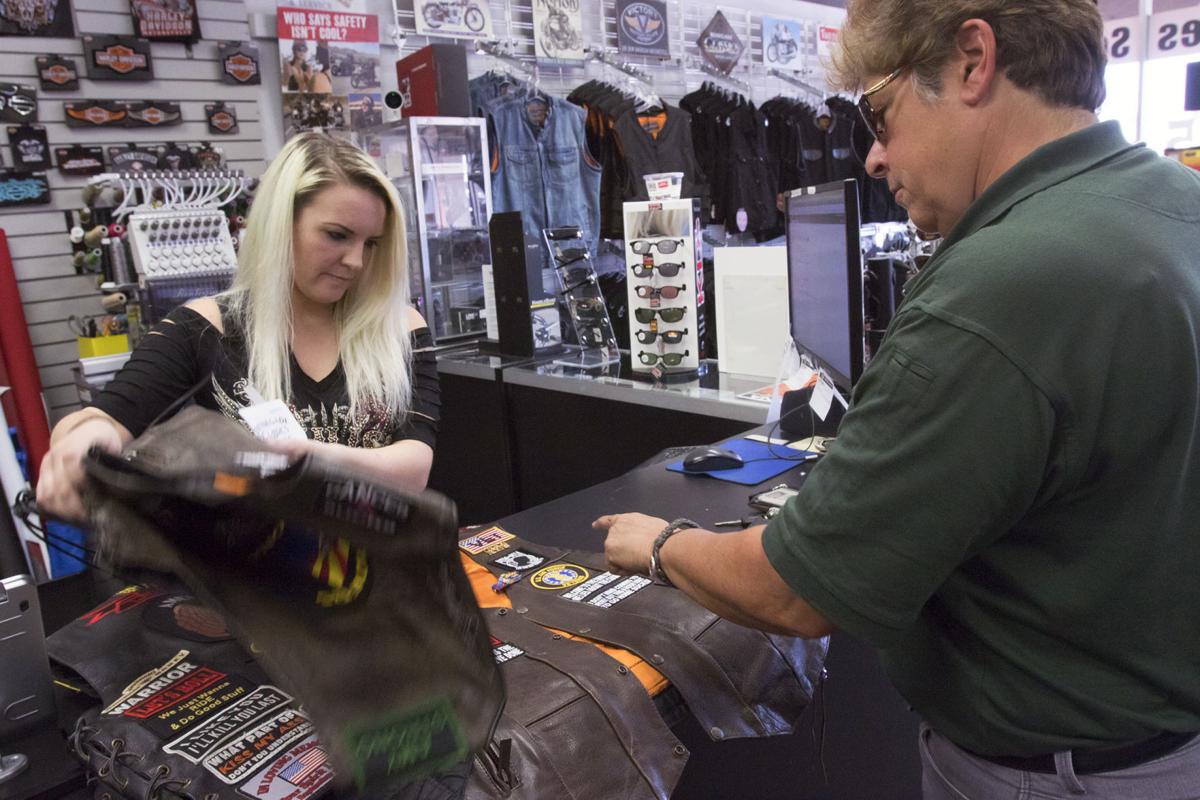 Ashley Esplen, left, delivers vests onto which she has sewn patches for customer Donna Madison at Renegade Classics Biker Outlet.

Just as the Great Recession began to grip the nation, Allan Hammerel took a gamble on a concept for a motorcycle accessories and clothing store.

The store at 4745 E. Speedway touts the state’s biggest selection of motorcycle apparel, with its huge stock of motorcycle leathers, helmets and personalized service, including helmet fitting and a booming patch-sewing business that is helping the company grow sales every year.

Hammerel — a longtime Tucsonan and former local radio personality and manager — said he got started in the business while selling point-of-sales equipment for Intuit in 2003.

One of his clients was starting a motorcycle apparel and accessories shop in Sacramento and later entered into an agreement to license the concept nationally.

Within several years, more than 20 Renegade Classics stores had opened across the country, and in 2008 Hammerel bought a license to open his own store in Tucson.

“It was the risk of my life, but I could not just shake the belief this concept would work in Tucson, where you can ride all year long,” he said.

Despite the recession, the store made money in its second year and grew its sales by double digits in the next few years.

By 2012, it was the top-selling Renegade Classics Store nationally and it has seen annual compound growth of nearly 15 percent since its founding, Hammerel said.

Today the Tucson store stocks about 4,700 different items, including 58 models of safety-rated helmets, more than 40 types of jackets, 46 styles of vests and 22 models of riding boots. The store primarily caters to Harley-Davidson, cruiser and touring motorcycle riders, though it doesn’t sell Harley-branded gear.

After opening up his own store, Hammerel helped Troy Rowsey — a California entrepreneur who came up with the Renegade store concept — develop store strategies, and he serves as a partner with Rowsey on licensing and consulting on new locations.

Hammerel is partner in the business with his wife, Carol, whom he met on Fourth Avenue in the 1970s. She handles many of the back-office duties at the store.

And though the internet has been blamed for the death of countless brick-and-mortar stores, Hammerel says internet ads have helped grow the business — even though Renegade doesn’t sell merchandise online.

He began dabbling in internet advertising, but he didn’t see big results until another Renegade store owner urged him to amp up his buys of “pay-per-click” advertising — a model that charges marketers when their ad is clicked-on by an online user on a search engine like Google.

“In the middle of August, people were pouring into the store,” he said. “That really turned out to be our ticket, even though we don’t sell online.”

While the pay-per-click ads have helped drive customers into the Tucson store, personalized service has helped keep customers riding back.

Hammerel credits much of the store’s success to several longtime employees, including Ashely Esplen and Jodie Taradena, who he says have become the friendly face of the store.

“Those ladies are sort of institutions around here,” he said. “They know the customers by name and their customers know them.”

The women also provide sewing services, including stock and custom-embroidered jacket patches – a big deal in the motorcycle club and rally culture – on site with two commercial sewing machines.

Hammerel said he has capitalized on riders’ frustrations with online items that don’t fit, offering a wide variety of clothing brands and sizes.

Renegade also provides personal fitting services for its stock of helmets, which range from simple biker skullcaps to full-face, modular helmets, and include budget to top brands like Shoei and Nolan.

Tucson resident Tim “Tater” Spivey, vice president of the Tucson chapter of the Cruising Christians motorcycle club, has been shopping at Renegade since 2009 and values the broad selection and personal service.

“They don’t just say, ‘Here are our helmets, find one that feels good,’” Spivey said. “They taught me a lot, and I’ve been riding for 50 years.”

As first Ajo-I-19 phase wraps up in Tucson, second is not far off

An ADOT official says delays and disruption should be lighter during second phase.

Renegade Classics offers 58 models of safety-rated helmets and even provides a personalized fitting service. “They don’t just say, ‘Here are our helmets, find one that feels good,’” one customer says.

Ashley Esplen, left, delivers vests onto which she has sewn patches for customer Donna Madison at Renegade Classics Biker Outlet. 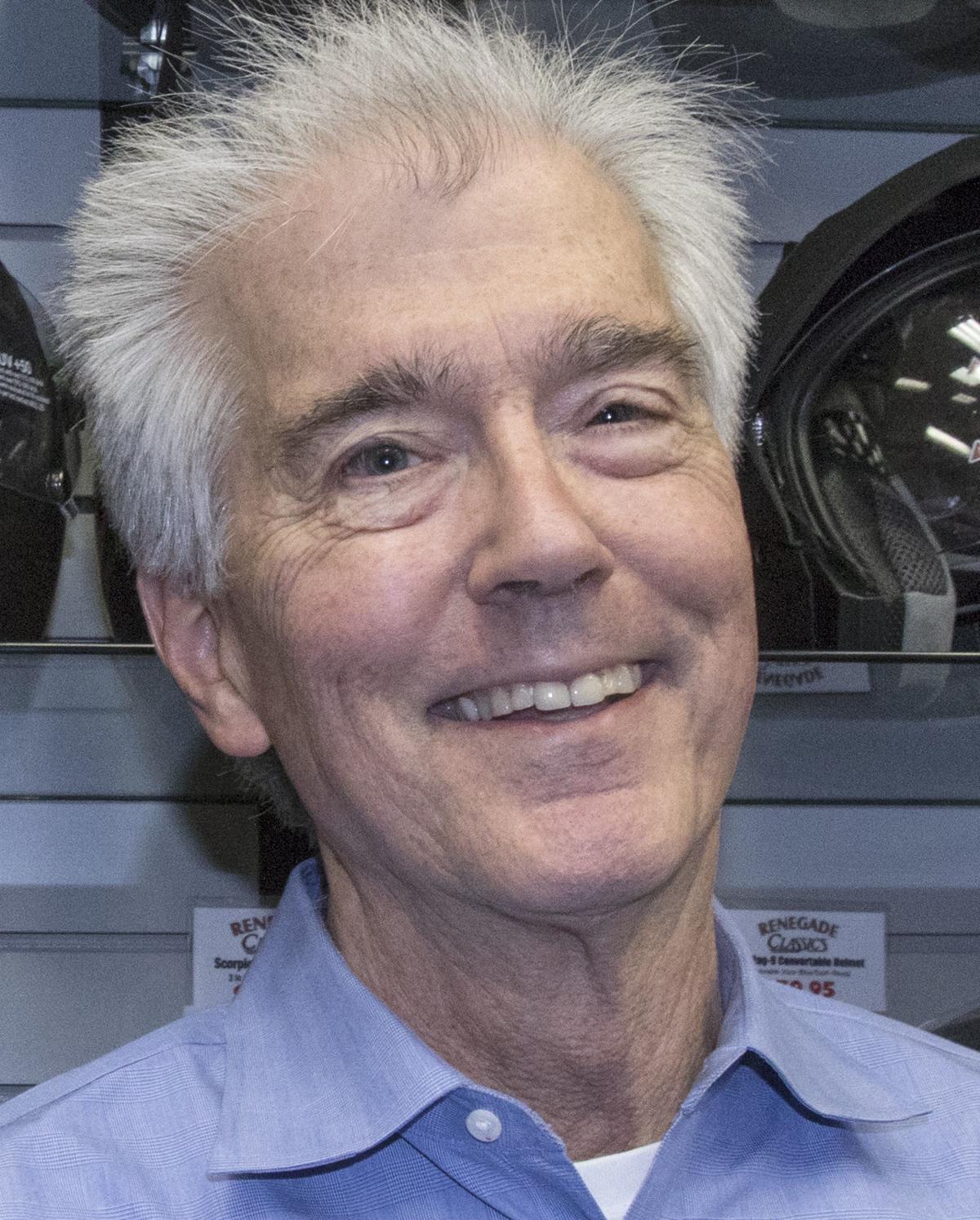