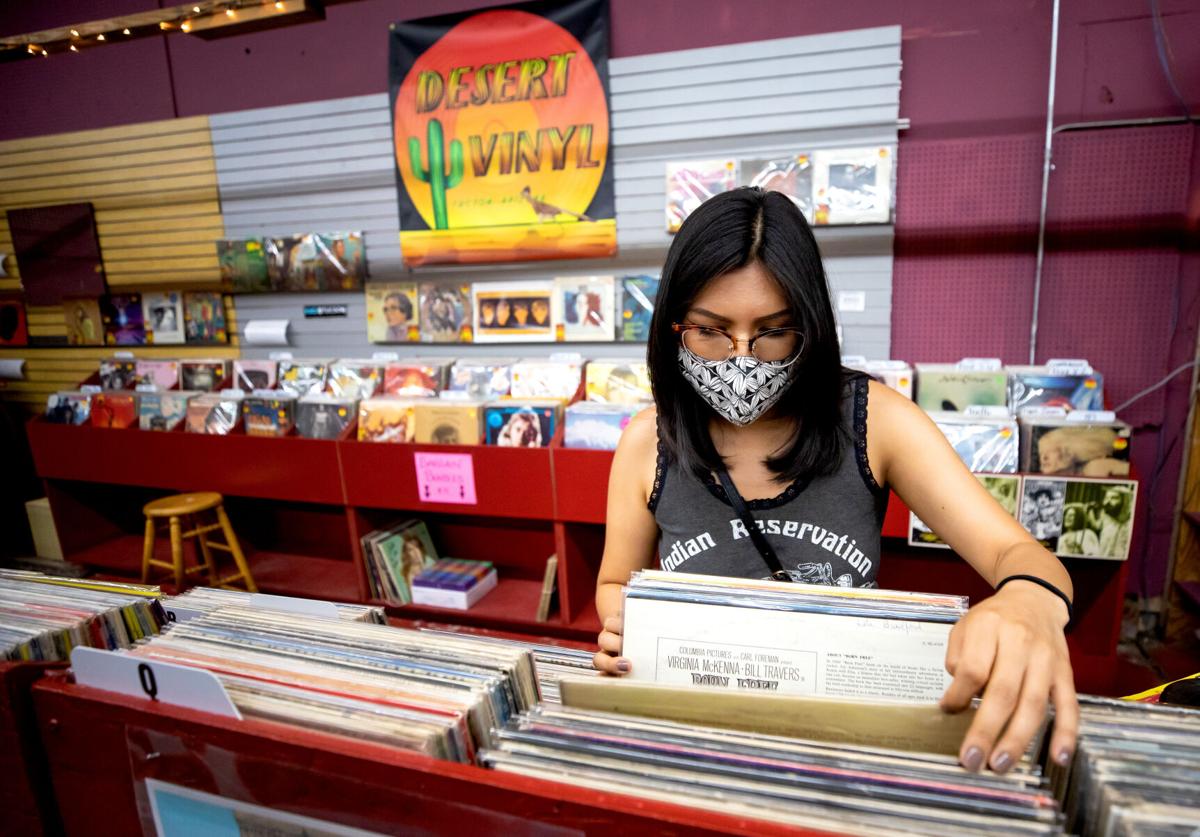 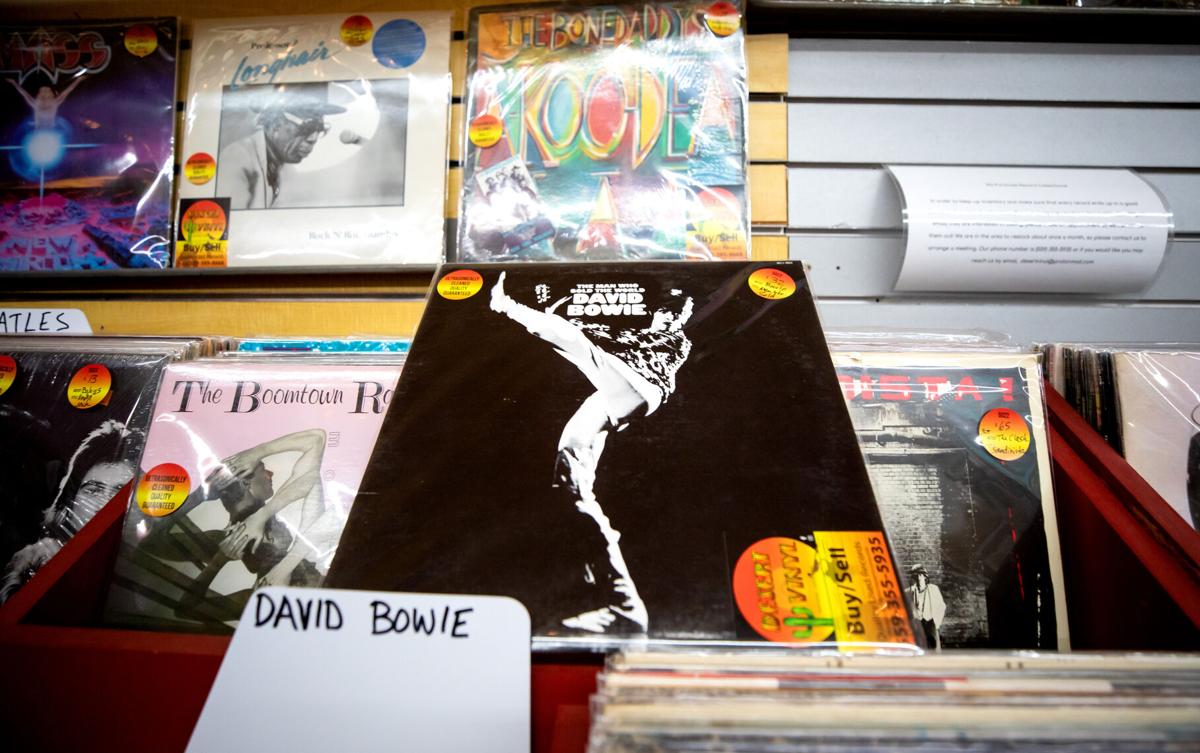 Bob Lambert, owner of Desert Vinyl, has over 10,000 records at two locations in Tucson. One is at Speedway Antiques Mall, the other the 22nd Street Antique Mall.

It’s National Record Store Day on Saturday, June 12, and Tucson has a few record stores that you can shower with love, including Hurricane Records on North Fourth Avenue, Wooden Tooth Records on East Seventh Street downtown and Zia Records on East Speedway.

“The quality of inventory that I have will rival any of the used stuff here in town,” Lambert said, then ticked off some titles to prove his point: Nancy Sinatra’s “These Boots Were Made for Walkin,” Tom Petty and the Heartbreakers’ “Damn the Torpedoes,” Miles Davis’ “Four & More” live album and the Beatles’ “Rubber Soul” are a few of the thousands of records he has collected over a 30-plus-year span.

“When I got out of college, I opened a store in Tucson outside of the (University of Arizona); it lasted 13 months,” he recounted of his journey from novice music fan to discophile.

But that initial failure planted a seed of how Lambert believed you should operate a used records store.

“My theory from that point on has always been that you treat used records as if you were a new record store,” he said, explaining that he often has more than one copy of popular titles and artists and displays the records in cases where customers can thumb through the albums looking for a rare title or a favorite from the past.

“I always know things are good when the inventory is all mixed up,” he said. “When things are out of order, then I know that people are looking.”

And what they will find is rare albums by the Doors, Jimi Hendrix, British folk rockers Fairport Convention and Emerson, Lake & Palmer alongside the usual suspects in record collectors’ catalogues by Fleetwood Mac, Pink Floyd and Led Zeppelin.

He also has some jazz, blues and classical albums in the mix.

Desert Vinyl is a post-retirement venture for the 65-year-old Lambert, whose work life has included selling solar, importing wine, manufacturing cassette tapes and owning and running a recording studio for kids.

But with every new venture, Lambert found himself dreaming aloud about running a record store.

“I kept having these dreams of walking around a record store,” he said.

After some deep thought and taking stock of his growing personal record collection, Lambert decided to give it a go. He opened a single store in Fresno, California, and soon the store became something of a community center for music lovers.

Before long, he had three stores, which he ran for several years before retiring last year.

That’s when he took a full accounting of his collection and decided that no matter how big a house he got in Tucson, it would never be big enough for him and his collection.

But Lambert also knew he didn’t want to put in the time needed to run a store.

That’s what landed him at the antique stores.

“It’s worked out great. It’s kind of like having my old record stores, but I don’t have to work,” he said, explaining that employees of the antique malls oversee other vendors’ stalls and sales.

“I clean them up and I make them look nice,” he said, adding that he often rotates the stock so that buyers always have new titles to consider.

The longtime Tucson DJ will receive the award at ceremonies in Nashville in October.

Bob Lambert, owner of Desert Vinyl, has over 10,000 records at two locations in Tucson. One is at Speedway Antiques Mall, the other the 22nd Street Antique Mall.