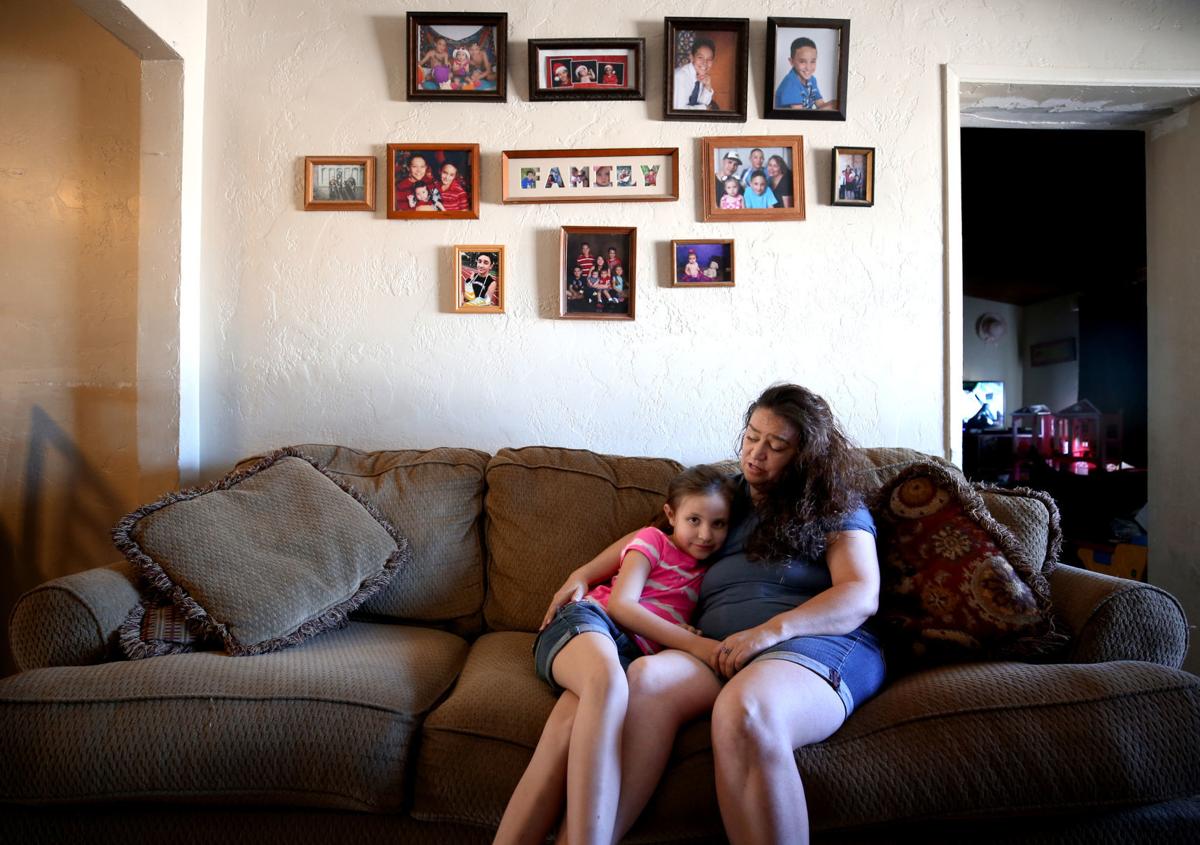 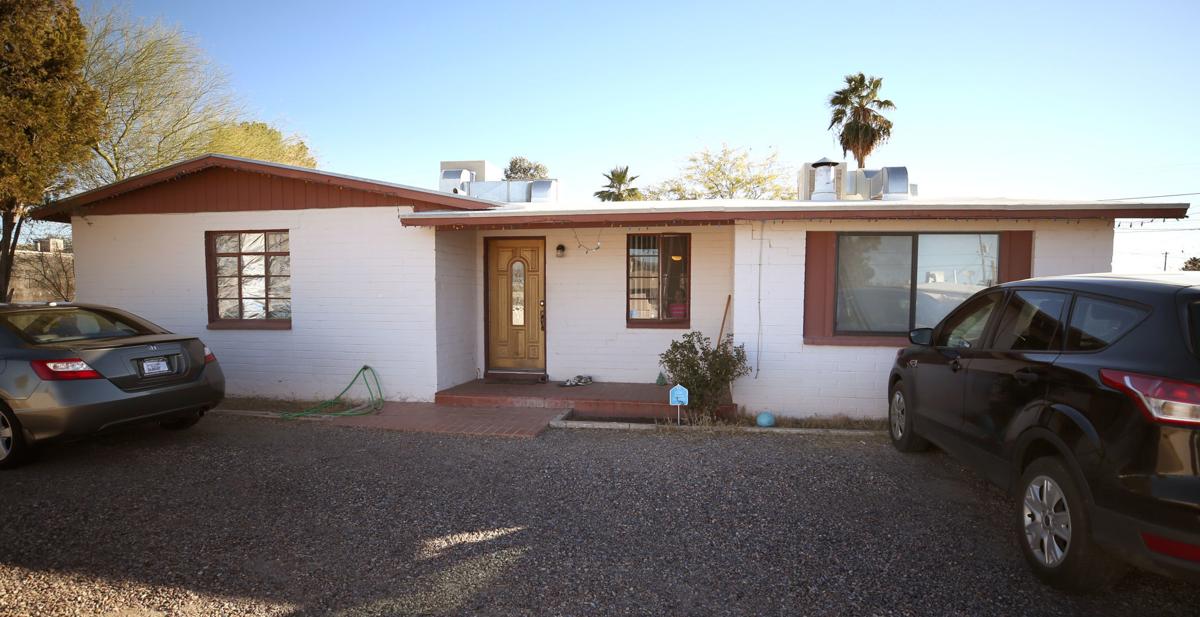 Some tenants living in Tucson homes that were recently bought by a Texas investment group are facing major increases in rent or notices to vacate.

Recently, some tenants received notice that their rents were going to increase within 60 days and that not all leases were on file with the new company.

The unsigned letters were from Amherst subsidiary, Main Street Renewal, a rental management company, also based in Texas.

Some of the homes purchased by Amherst are part of the Section 8 Housing program for lower-income residents and proposed rental increases were as much as 30 percent.

After exchanging emails with the Star requesting more information, which was provided, a company spokesman provided the following response:

“At Main Street Renewal, our residents are our utmost priority and we are always willing to discuss their questions, comments or concerns so we can accommodate their needs and provide clean, safe and secure housing. In Tucson, we have been proactively reaching out to residents, including the ones referenced in your article, and while we have successfully reached some of them, some we have not heard back from and we hope they will reach out to us directly so we can work together to resolve their concerns.”

Late last week, some of the renters who spoke with the Star received notice that their existing rental rates would be kept the same for 12 months. And, one woman in a Section 8 Housing rental, received a letter stating that the original notice of rent increase was sent in error.

He said under Arizona law, leases must be honored even when a property is sold, but for renters paying month-to-month or with expired leases, a 30-day notice suffices.

“It’s not an uncommon investment and I have seen investors come into the market, do some improvements and boost rents a little,” Thrasher said. “I don’t think there’s anything sinister about it.”

3-D Brokerage, which managed the homes prior to the sale, provided Main Street Renewal with all existing leases on the homes.

“Everything was handed over multiple times,” said Daniel Dempsey, with 3-D Brokerage. “Moreover, we’re extraordinarily easy to get a hold of to resolve any issues. We’ve offered to help both tenants and Main Street Renewal repeatedly.”

He said the new company did not consult with 3-D about the proposed rental increases.

Chris Montes, his wife, Carla Estrada, and their three children have rented their home near 29th Street and Columbus Boulevard for six years.

In January they were informed that the rent would increase from $840 to $1,095 a month and they had until the end of March to vacate if they didn’t sign a lease for the higher amount.

“We’re in the middle of a school year and I don’t have an extra $2,000 for moving expenses,” Estrada said.

She said calls to the number on the notice went unanswered for almost two weeks. When she finally got a hold of someone at Main Street Renewal, she was told the new terms were not negotiable.

But, Thursday afternoon the couple received an email stating that approval had been received that morning to offer a 12-month lease at the $840 rate.

Victor and Jennifer Yazon, who rent one of the homes near Kolb and Irvington roads, got notice that their rent would increase from $775 to $1,095.

“The letter just said that they bought our property and were going to increase the rent to $1,095,” Jennifer Yazon said, “because they could get more for our property.”

The couple was planning to move until Friday when the company decided to instead keep their monthly rent at $775 for the next 12 months.

Although he had a lease through October, Ruben Limon was told it was not on file with the new company and that his rent would increase from $935 to $1,195 a month.

Limon, his wife and child, have rented the home near Irvington and Mission roads, for two years.

After he contacted the former management company, Limon was able to produce the lease and the new company has agreed to keep the rent at $935 until October.

But, the family plans to move after that.

“Where are they getting their numbers from? How did they come up with these rent amounts?” he asked. “We’re a bunch of blue-collar working people in my neighborhood.”

Unable to pay the higher price on the house he’s been renting for three years, Mario Guzman, his wife and four children are looking for a new home.

Rachel Bosben has rented her home in Catalina for two years and is now in the process of moving out, despite having a lease through the end of October.

Trying to reach someone with the company proved futile and maintenance calls went unanswered, she said.

“I know I have the lease and I didn’t do anything wrong,” she said. “It’s just wrong, It’s ethically wrong.”

Other renters, who spoke to the Star, later called to retract their interviews because their rents had been adjusted and they didn’t want to upset the new company.

The Tucson homes were part of a larger purchase of 1,532 rental homes for more than $153 million around the country by Amherst Holdings.

The Tucson homes it bought are located throughout the city with sale prices ranging from $80,000 to $170,000, records from the Pima County Assessor’s Office show.

The company’s portfolio states that the Amherst Single Family Residential platform bought 6,000 single-family homes in 2017, bringing its inventory to 17,000 rental homes in 18 states.

The overall rental market in the Tucson area has been very active for the past couple of years. Investors have been buying complexes around town as rents rise and new workers move in.

Average rental rates for all types of housing around the Tucson-area were around $800 in 2017.

“The multifamily market around the country is hot,” said Thrasher, the real estate attorney. “There is a lot of money coming in from out of state because the bigger markets don’t have as many opportunities and the secondary markets, such as Tucson, are not competing with brand-new, fancy apartments and rentals.”