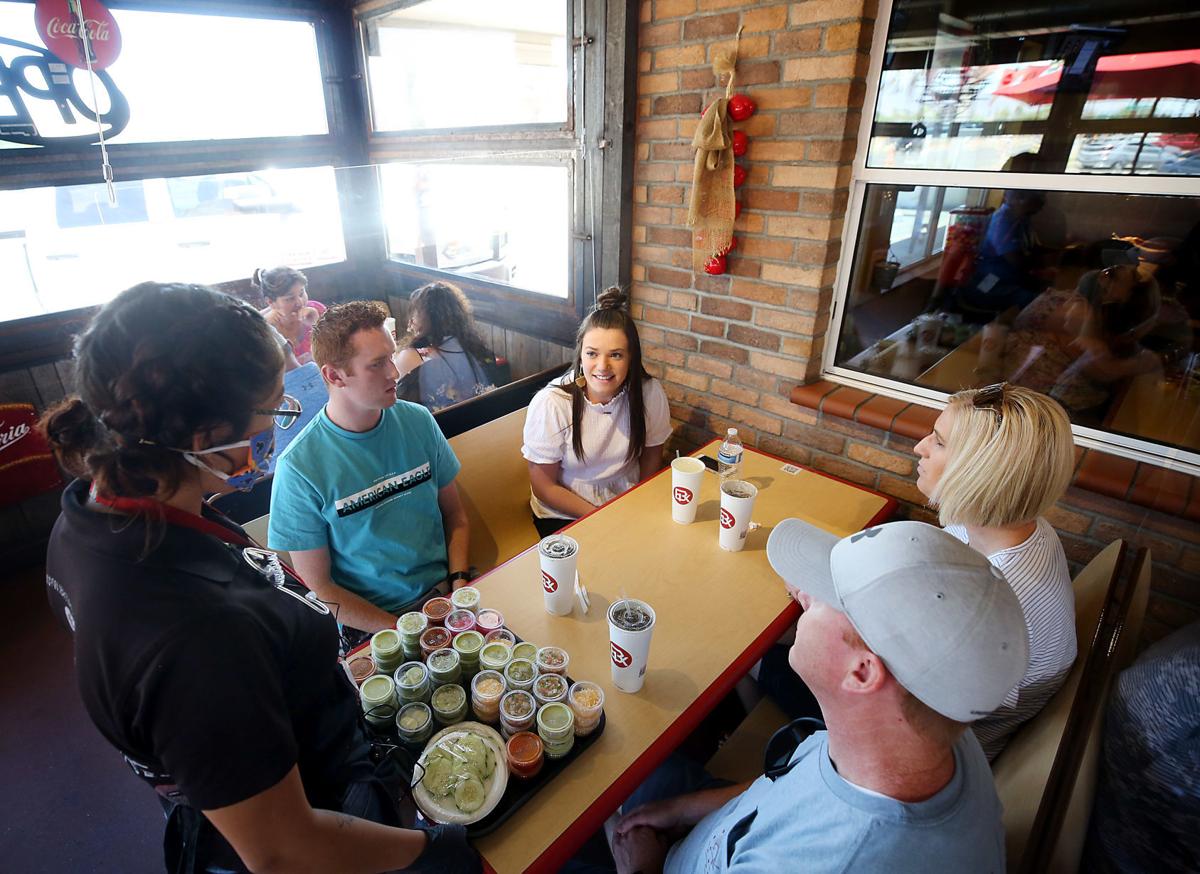 BK Carne Asada & Hot Dogs is going to close its dining rooms at 5118 S. 12th Ave., above, and 2680 N. First Ave., and will return to carryout-only service starting Thursday, June 18. Owner Benjamin Galaz made the decision after seeing a spike in coronavirus cases in Arizona. 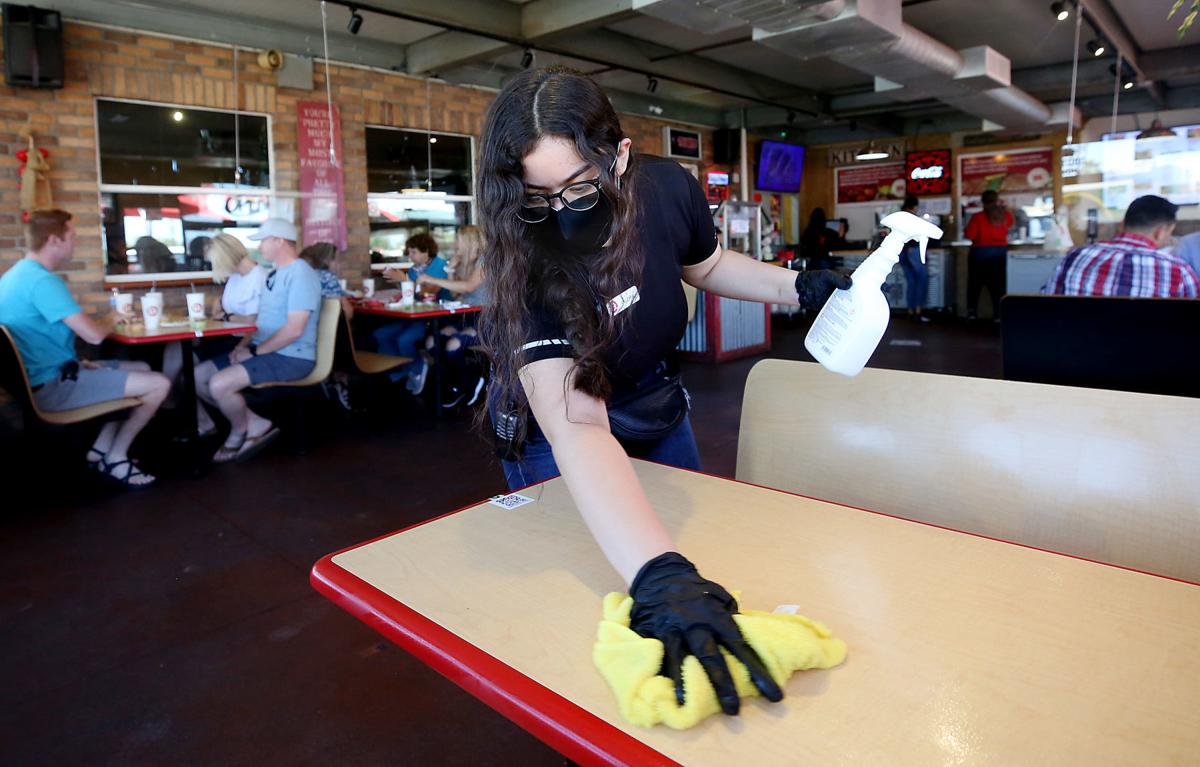 BK Carne Asada & Hot Dogs is closing its dining rooms. Steve Chucri, president of the Arizona Restaurant Association, said he has heard of others doing the same statewide.

He is hoping that other Tucson restaurants will follow his lead.

“If they see me, that I’m doing this, I think they will be more willing to do the same thing,” he said.

But Ray Flores, president of Flores Concepts that operates El Charro restaurants, said he is worried that people will jump to the conclusion that restaurants are contributing to the increase in Arizona COVID-19 cases.

“It’s not solely because of restaurants opening,” said Flores, who waited weeks to reopen his dining rooms after Gov. Doug Ducey gave restaurants the green light on May 11. “It’s (people’s) personal behavior that’s causing the spike.”

Galaz made the decision to close his dining rooms after noticing the long lines of customers waiting outside to get in. The restaurant is operating at 50% capacity, which Galaz said has resulted in the lines.

Some of his customers wear masks, but many do not, and Galaz worried that some were not taking the threat of the pandemic as seriously as they had before Ducey’s stay-at-home order expired May 15.

Steve Chucri, president and CEO of the Arizona Restaurant Association, said he has heard of several restaurants statewide that reopened their dining rooms only to close for the same reasons as Galaz. Earlier this week in Phoenix, several restaurants announced they were returning to carryout-only in response to the growing coronavirus rates in the state.

“We’ve seen restaurants remain closed for that reason but also for the reason of how do you regulate and stop a line from forming,” Chucri said, adding that some restaurants also are concerned with the impact the lines are having on their kitchen staffs.

“We certainly understand and applaud the responsibility factor and the willingness to” close dining rooms, he said.

Galaz said pausing dining-in will put a financial hardship on some of his employees, but he said the safety of his customers and workers is too important.

“Right now it is ... about the safety of all the employees and all the customers,” he said.

Meanwhile, Tucson’s Mi Nidito Mexican restaurant, 1813 S. Fourth Ave., reopened its dining rooms on June 10, three weeks after it closed when an employee was diagnosed with the virus.

Hotel Congress is supporting black businesses and culture by turning over the storied Cup Cafe kitchen and Hotel Congress's patio to a different African-American-owned venture each week.

Tucson to require masks in public as Ducey relents; Pima County may follow

In an abrupt about-face, Arizona Gov. Doug Ducey gives local officials the power to enact and enforce mask requirements. He was under pressure from rising COVID-19 cases and from officials including Tucson's Mayor Regina Romero, who said she will require masks be worn in public. Pima County will also consider a a mask mandate.

A record number of coronavirus cases were reported today statewide. Across Pima County, 4,682 cases have now been confirmed, up 297 cases from the day before.

Fire N' Smoke and Danny's Baboquivari Lounge say the rise in confirmed coronavirus cases poses a threat to their customers and employees.

The ordinance was to be modified to say any enforcement through law enforcement or the courts will be made only with board authority after two supervisors raised concerns about including legal consequences for ignoring the mask-wearing mandate.

Senae Thai, Saffron Indian Bistro latest to pull back on dining in

Both restaurants closed their dining rooms and returned to takeout only after seeing the state's coronavirus cases quadruple since Gov. Doug Ducey ended his stat-at-home order in mid-May.

The best way to protect the data on your laptop

BK Carne Asada & Hot Dogs is going to close its dining rooms at 5118 S. 12th Ave., above, and 2680 N. First Ave., and will return to carryout-only service starting Thursday, June 18. Owner Benjamin Galaz made the decision after seeing a spike in coronavirus cases in Arizona.

BK Carne Asada & Hot Dogs is closing its dining rooms. Steve Chucri, president of the Arizona Restaurant Association, said he has heard of others doing the same statewide.