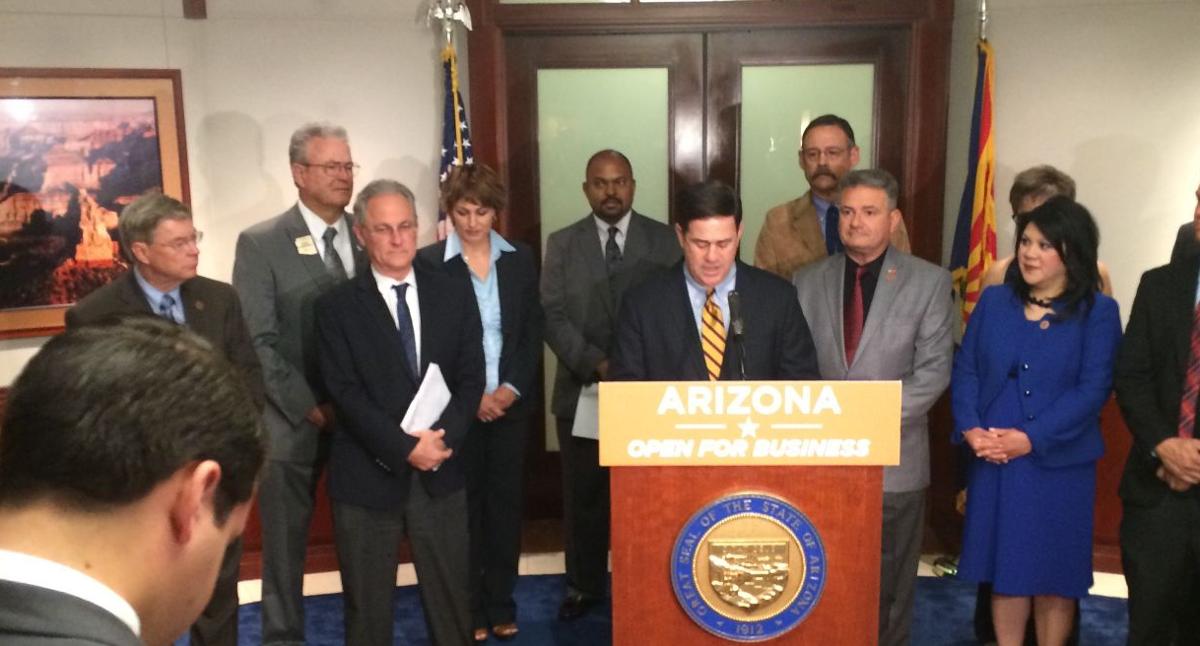 Comcast Cable plans to add more than 1,100 jobs in Tucson this year at a new customer support center with a payroll of $35 million a year.

A 100,000 square-foot facility will be staffed by 1,125 customer service representatives and managers. Fifteen percent of the new positions will be filled by military reservists, veterans and their spouses or domestic partners, Comcast said.

He shared the podium with Tucson Mayor Jonathan Rothschild, who said the future location will be, "not your father's customer support center." It will house Comcast's first Spanish-language social media team and include higher-end technical support workers to serve users of Comcast's Xfinity product line.

Comcast had been looking nationwide for a site for its new call center since February 2014, company officials said.

The company already has a service center on North Cortaro Road with more than 100 employees. The additional hires will propel it into the top 40 employers in Southern Arizona.

The location of the new center will be announced in Tucson once negotiations are complete, Rothschild said.

In addition to IT and customer support jobs, the center will house Spanish-speaking employees specializing in social media so customers can connect with Comcast via Twitter, Facebook or other outlets.

Among the employee incentives Comcast plans are reduced- or no-cost Xfinity products. The new center will have product training labs, video conference facilities, a cafeteria and a fitness center.

The new jobs have been posted at jobs.comcast.com and training is expected to begin in the fall. Type “Tucson” into the location bar at the top of the page for more information or to apply.

Stay tuned to Tucson.com for updates.

Comcast moving in to vacant building near Tucson Mall