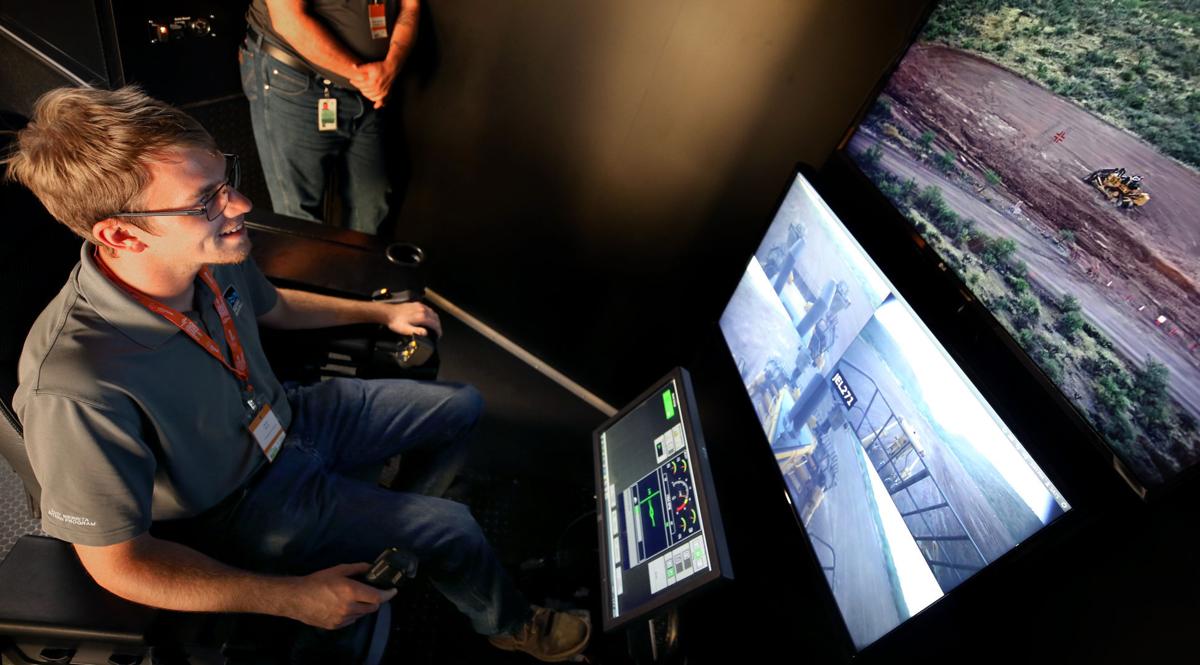 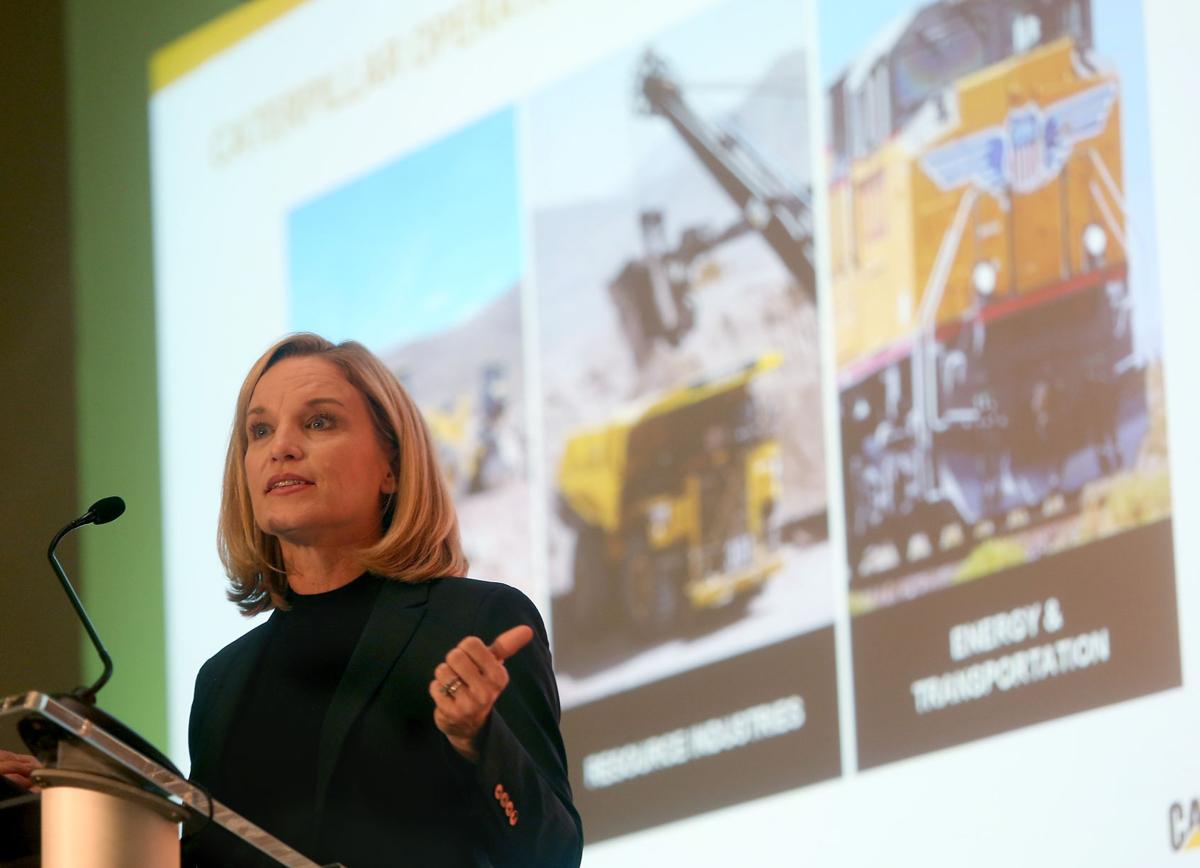 Heavy-equipment giant Caterpillar Inc. sees a brighter future for the mining industry, and the company’s new operation in Tucson will help meet growing demand for autonomous trucks and other technologies, a Caterpillar executive said Wednesday.

Despite a slump in demand and prices for copper and other metals that have hurt mining firms in recent years, Caterpillar’s biggest mining customers see the industry growing over the long term, Denise Johnson, group president for Caterpillar’s $6 billion resource-industries division, said in her keynote speech at the Southern Arizona Tech + Business Expo.

“Over time, more energy, more durable goods are going to be needed,” Johnson told a crowd of about 300 expo attendees at the Tucson Convention Center.

Caterpillar’s mining division is already a leader in autonomous trucks, which mining companies use to increase efficiency and safety, she said.

Caterpillar has 80 autonomous trucks in operation at mines around the world, and customers have seen a 20 percent increase in production, Johnson said, noting that the company’s systems are designed to be easily scalable.

The company, which started consolidating its Surface Mining and Technology division to Tucson last year, is now housing about 350 employees at three separate locations downtown until its headquarters on Cushing Street, west of Interstate 10, is completed in March 2019.

Eventually, the company plans to grow its local workforce to about 600 employees downtown. Salaries are in the $90,000-plus range.

She noted that Caterpillar has tapped local resources to help drive its technology forward, including the University of Arizona.

The UA College of Engineering set up an online mining certificate course for Caterpillar employees and dealers, and the first cohort of 12 graduated from the program in August, Johnson said.

Executives of several other new or growing Tucson tech companies presented overviews of their technologies at Wednesday’s tech expo, which sold out 54 exhibitor spaces and attracted some 350 attendees.

Jim Cantrell, CEO and founder of the Tucson-based microsatellite launch company Vector, said the company is preparing its small rockets to meet a burgeoning demand for launch vehicles, as small-sat companies now must wait to get on larger rockets.

Vector, which has about 100 employees making rockets at a facility near downtown while it works on a plant near the airport, is progressing toward orbital launches next year after a series of successful test flights, Cantrell said.

He noted that the company recently agreed to launch three commercial orbital missions from Virginia Space’s Mid-Atlantic Regional Spaceport in the next two years, and the idea is to make some 100 rockets a year.

Annie Dolan Wissner, marketing director for Hexagon Mining, says the company expects its new headquarters in downtown Tucson to be completed by mid-2018.

The company, which makes sophisticated graphical software for mine planning and operations, came to Tucson in 2007 when it acquired local mining-tech startup Jigsaw Technologies and expanded its local base when it acquired Tucson-based Mintec in 2014.

The Tech Council handed out four annual awards at the expo: Tucson-based Control Vision Inc., which makes advanced sensing and control systems for industrial, scientific and military uses, was named Manufacturer of the Year; Pima Community College was named the Arizona Technology Council Member of the Year for Southern Arizona; the Critical Path Institute, a nonprofit that coordinates consortia to standardize research on new drugs, was named Innovator of the Year; and Staff Matters, a Tucson-based recruiting, staffing and employment services firm, was given the Tech Council’s Distinguished Service Award.

Inexpensive and free ways to run a freelance business

Inexpensive and free ways to run a freelance business

9th Circuit ruling paves way for payment of more than $10 million in bonuses, but Asarco could appeal to Supreme Court