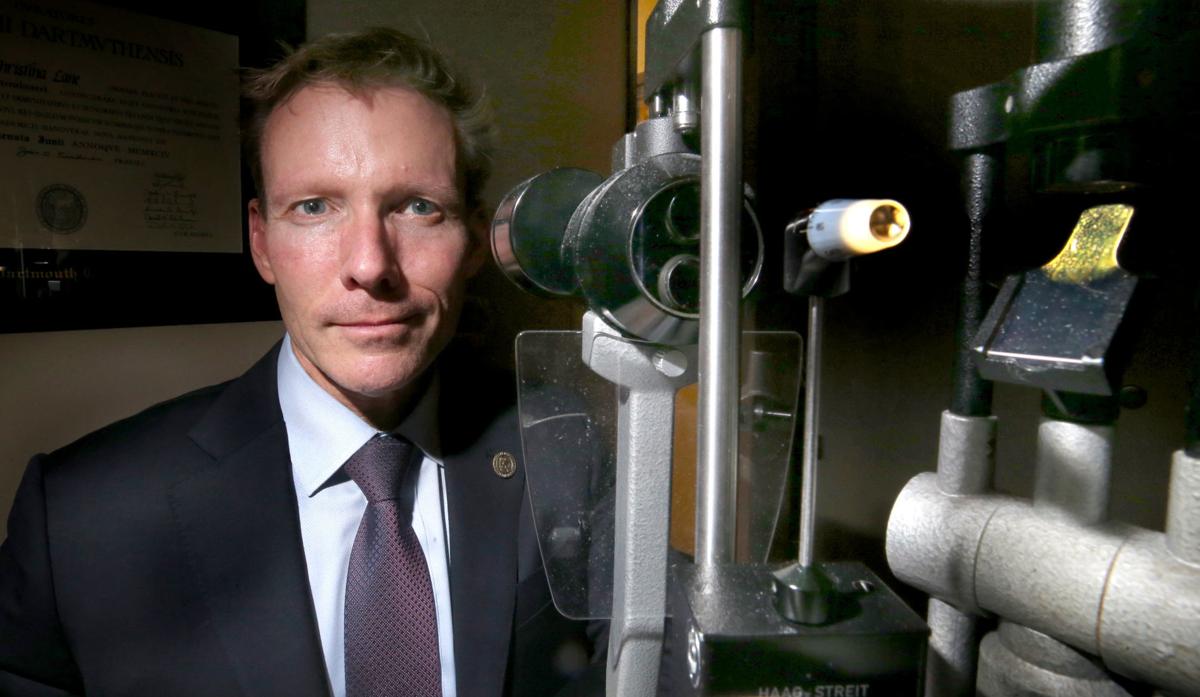 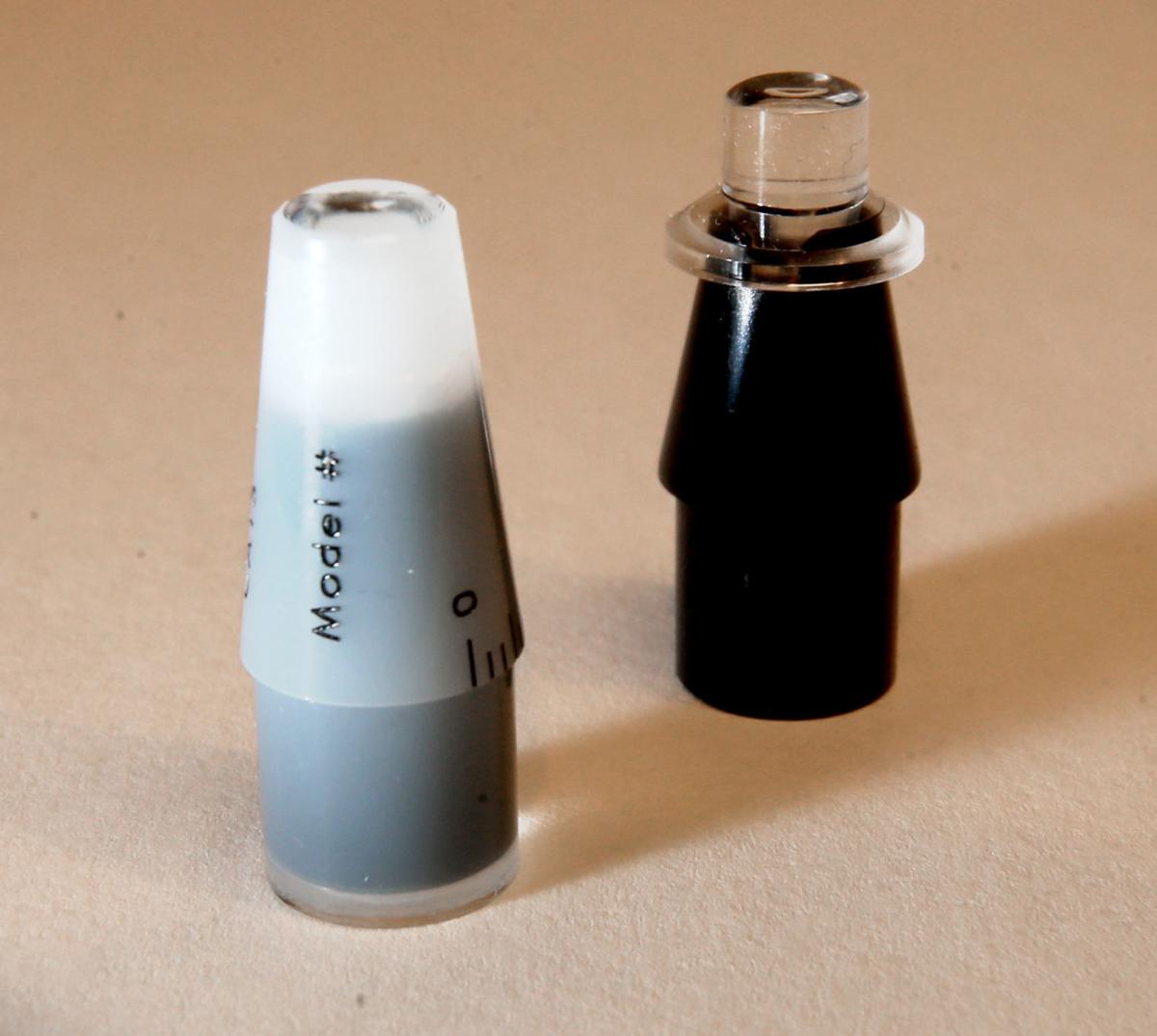 Dr. Sean McCafferty says his company’s prisms are much more accurate than what is currently on the market.

After getting a mechanical engineering degree in 1991, Sean McCafferty went to medical school with a goal of eventually using his engineering skills to develop products to help patients.

Now that goal is within sight as technologies the now Dr. McCafferty developed as an ophthalmologist are moving closer to market.

After co-founding Arizona Eye Consultants in 2001 and building it into a successful practice, McCafferty founded Intuor Technologies in 2013 as an investment vehicle for new startup ventures based on his technologies.

One of three companies that have emerged, CATS Tonometer LLC, was formed to develop a new, much more accurate prism for use on a device called a Goldmann Applanation Tonometer, which is pressed against the cornea to measure pressure inside the eye for diagnosis of sight-robbing glaucoma.

In March, the company hit a key milestone when it won clearance from the U.S. Food and Drug Administration to market the patented CATS Tonometer.

McCafferty, who earned a master’s degree from the University of Arizona College of Optical Sciences in 2015 and is a clinical assistant professor of ophthalmology at the UA, said the CATS (Correcting Applanation Tonometry Surface) Tonometer represents a leap forward in accuracy from the Goldmann device, which has been considered the standard for testing intraocular pressure for decades.

It’s a test often ordered as a follow-up when a noncontact eye-pressure test — the “puff” test used by optometrists and ophthalmologists — raises concerns.

“The design has been unchanged for 60 years, and they have a very high error rate,” McCafferty said.

While the Goldmann tonometer can have an error rate of plus or minus 50 percent, his company’s goal is to get the error rate under 10 percent, said McCafferty, who is president and CEO of privately held Intuor.

“With our tonometer, 95 percent of the population will be measured within something that is clinically acceptable,” McCafferty said. “With the existing technology, 50 percent of patients are outside that.”

In other words, the CATS tonometer can have an effect on clinical decision-making for 50 percent of the population, he said.

Nannon Roosa, Intuor’s chief operating and financial officer, said the CATS Tonometer prism can be fitted on any of the thousands of Goldmann tonometers in use worldwide, at only a slightly higher price.

“Our goal is to provide eye-care clinicians with a device that will give him or her the crucial data needed to make clinical decisions to save somebody’s life,” she said.

Goldmann-style tonometers either come with reusable prisms that must be replaced every few years or disposable, single-use prisms. Roosa said the company received FDA approval for a reusable CATS prism but is working to gain clearance for a single-use version.

The company is exploring several paths forward, including licensing the CATS Tonometer to another company to make and sell or finding investors to help fund production and marketing in-house, Roosa said.

“Were basically coming in with something that is a replacement device we feel that can take over the market, as it improves the quality of care,” he said.

Conexus Lens Inc. was founded in 2016 to develop a patented technology for a new type of implantable intraocular — inside the eye — lens that can change focus using the natural eye muscles.

Lens implants have been available since the 1950s and some offer multifocal capabilities — think bifocal eyeglasses.

Self-focusing lens implants, known as accommodating intraocular lenses, have been developed but have been inherently limited by their design, said McCafferty, who recently received a patent for the Conexus lens.

Using a novel design, the Conexus lens have the “hyperfocal” ability to magnify objects 8 to 16 times, he added.

“For the last 20 years since I’ve been in medicine, this has really been considered the holy grail of ophthalmology, to create an intraocular lens which is able to change its focal distance — none have been able to do that,” he said.

McCafferty formed a third company, Tantum Optics LLC, to commercialize his patented technology for a new kind of re-focusable lens that can be miniaturized to provide optical zoom capabilities for cameras, cell phones or other imaging devices.

The novel technology involves lenses that change shape to provide magnification in a small package, with few moving parts.

Roosa said the technology could have uses in mobile phones, cameras, binoculars and applications where space and weight is limited, like self-driving car systems and the new generation of microsatellites.

“There’s a significant market out there,” she said, noting that the technology would likely be licensed out to companies for integration into their products.

McCafferty said it’s good to see his plan to meld engineering and medicine pan out.

“My whole goal was really to bring it full circle, I wanted to learn about medicine so that I could bring engineering into medicine and be able to develop products for the medical field and be able to directly help people,” he said.

Now charged with murder, multiple other offenses; body has not been found.

Oracle State Park will get upgrades aimed at making the 4,000-acre park near an overnight destination.

Arizona teachers did not walk out on you; they walked out for you

The RedForEd movement is only the beginning of a larger fight to take back our public education.

Game and Fish officials warn trying to help a wild animal can be dangerous.

The U.S. Bureau of Reclamation is pushing states in both the Upper and Lower Basins of the Colorado River to reach agreement this year on drought planning.

From his Arizona home, Sen. John McCain raises his voice against torture

Dr. Sean McCafferty says his company’s prisms are much more accurate than what is currently on the market.