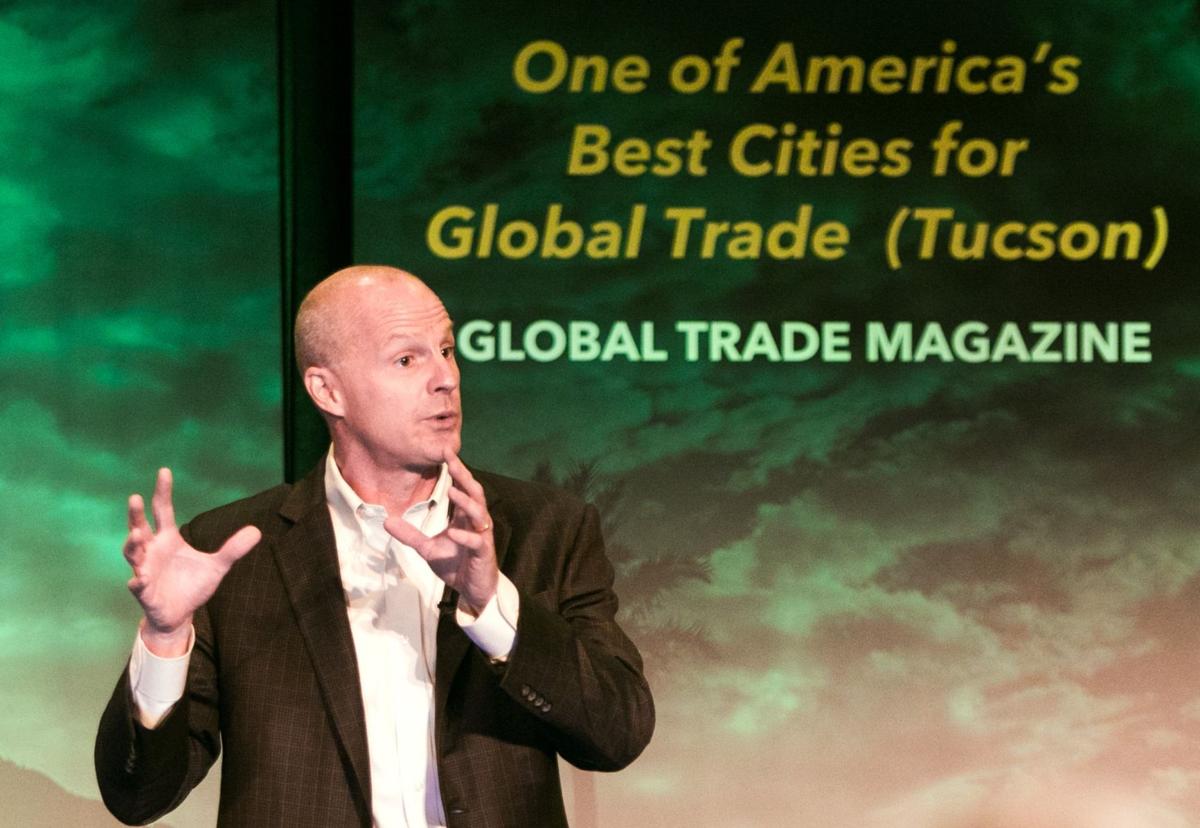 Tom Bluth, a Caterpillar VP, says the company expects to break ground on its downtown headquarters within the next six months. 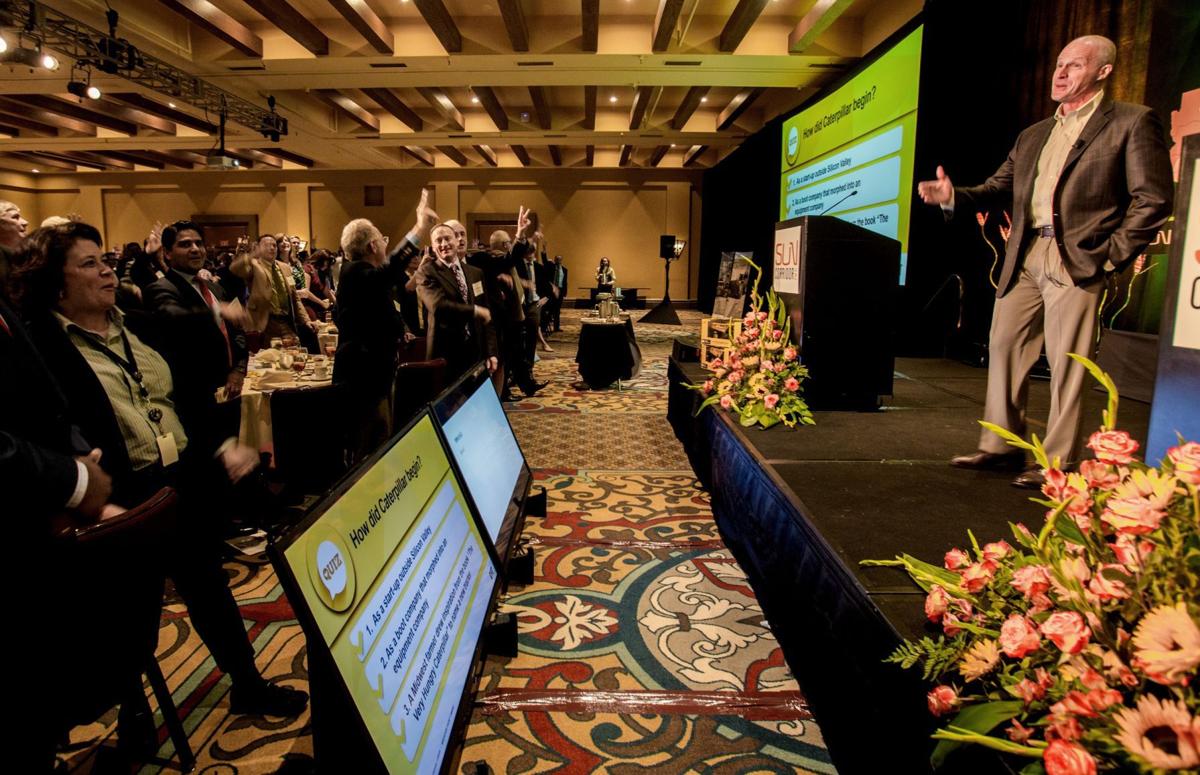 The choice of Tucson for a Caterpillar Inc. regional headquarters was made with the intent to grow locally for the long haul, a company vice president said Wednesday.

“This is not a five-year decision. It’s a multi-generational decision,” Tom Bluth told a sold-out crowd at the annual luncheon of local economic development agency Sun Corridor Inc.

Earlier this year, Caterpillar announced it would move its Suface, Mining & Technology Division to Tucson with more than 600 executive jobs over the next five years.

Bluth took on a game-show-host persona as he engaged with the crowd of about 600 people Wednesday. He used a padded, throwable “Catchbox” with an embedded microphone to solicit questions from the audience.

Among the questions: What is the timeline for the new headquarters downtown, south of Interstate 10 and Cushing Street?

Bluth said the hope is to break ground in the next six months.

Others asked about Caterpillar’s charitable involvement, to which Bluth said the company is very supportive of United Way and wants to identify certain projects in which to make significant investment.

“We’re eager to find ways to get involved and have an impact,” he said.

Bluth informed the crowd that he had enrolled as a graduate student at the University of Arizona and flashed his student ID card to rousing applause.

Several videos were shown, highlighting Caterpillar’s mining technology around the world, and Bluth pointed out that the design teams for those machines will be the ones relocating to Tucson.

Bluth predicts the mining industry will rebound in the next five to eight years, and Caterpillar’s consolidation in Tucson will help the company position itself for that recovery.

“We’ve had separate groups, working autonomously,” he said of the design team. “We’re now bringing those scattered groups together in one place and closer to mining customers.”

Caterpillar has a proving ground near Green Valley that opened in 1990, and the design team’s ability to see a product tested and to get feedback will improve quality, Bluth said.

He repeatedly commented on how humbled the company is by the community’s reception, and shared anecdotes from employees about the welcome they’ve received when someone learns they work for Caterpillar.

About 30 employees have already relocated to Tucson and others will arrive in waves, to accommodate school schedules.

Caterpillar is temporarily housed in a county-owned building at 97 E. Congress St. while the new headquarters is built. The company’s signs recently went up on the downtown building.

More than $50 million in incentives were pledged to bring the company to Tucson — a package recently named “Deal of the Year” by the Arizona Association for Economic Development.

Tucson is a great place to live and work.

Driven by more than a decade of Star 200 research data, tucson.com's Trend Tracker lets you mine a wealth of information on Southern Arizona's…

Arizona's jobless rate improves as people drop out of workforce

ADP is hiring college grads for sales jobs worth about $60,000 a year, boosting its Tucson workforce to 400.

Tom Bluth, a Caterpillar VP, says the company expects to break ground on its downtown headquarters within the next six months.