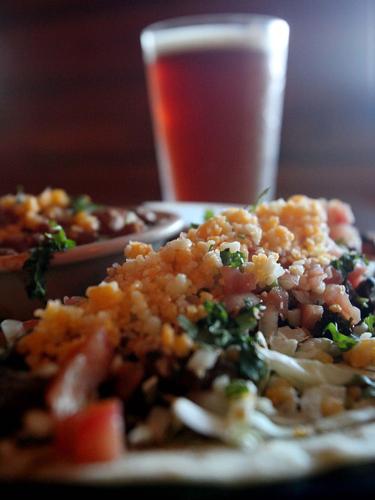 The carne asada tacos and a seasonal Rich Rod Red beer, in honor of the University of Arizona head football coach, at Barrio Brewing. 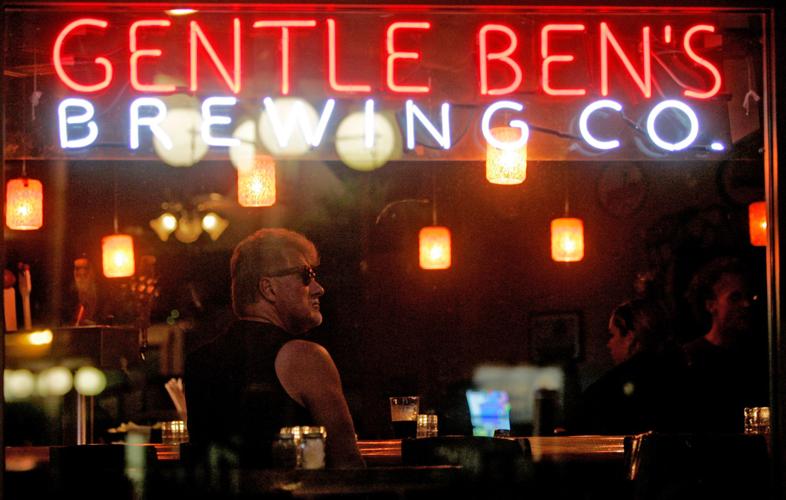 If life of a brewery is counted off in the number of pints brewed, Barrio Brewing Company and Gentle Ben’s surely are well up in years.

Twenty-five to be precise, and the University of Arizona area brewer is celebrating the milestone with, you guessed it, beer.

It has set aside the first two weeks to officially fete itself, including an anniversary dinner available from Sunday, Oct. 2, through Friday, Oct. 7. For $25, you get an appetizer, entreé, gelato dessert and beer of your choice at Gentle Ben’s, 865 E. University Blvd., and Barrio Brewing, 800 E. 16th St.

The dinner also comes with a commemorative anniversary T-shirt and pint glass.

Gentle Ben’s Brewing Company got its start near the University of Arizona in 1991, when brewmaster Dennis Arnold decided to star brewing beer. They were located at 841 N. Tyndall Ave., in what used to be a private residence dating back to 1908 and had served as the official residence for UA presidents, a sorority house and fraternity and a couple hotel operations.

“When we began brewing operations in May of 1991, the Soviet Union was still around, George H.W. Bush was president, and Timothy Dalton was still James Bond,” Arnold said in a written statement.

“Craft brewing was in its infancy, and there was only a handful of craft breweries in the country.”

Barrio now brews 10 year-round beers and three seasonals and boasts a number of awards for its beers.

The carne asada tacos and a seasonal Rich Rod Red beer, in honor of the University of Arizona head football coach, at Barrio Brewing.