In Tucson’s bar universe, when one comes, one leaves. And this weekend, that will literally occur within hours.

At the end of business Sunday, Feb. 19, in the wee hours of Monday, Nancy Kuhlmann and her staff will wipe down the bar and turn off the lights for the last time at her 16-year-old namesake Fort Lowell Pub, 746 E. Fort Lowell Road. Ten hours later, around noon Monday, Feb. 20, she’ll open the doors of her new joint, Nancy’s Boondocks, around the corner at 3306 N. First Ave.

“We have zero downtime,” said Kuhlmann’s daughter April, who manages the bar with her sister, Jodey Bingham.

The Kuhlmanns have been painting the interior of Boondocks and making minor fixes since buying the property three weeks ago, April Kuhlmann said. They also are updating the kitchen and plan to begin serving food — breakfast, lunch and dinner — in about a month. The menu will include popular Nancy’s Fort Lowell Pub fare as well as burgers, fries and a few other items, Kuhlmann said.

Nancy Kuhlmann became interested in buying the Boondocks not long after it was put up for sale in October, weeks after longtime Boondocks operators Bill and Cathy Warner closed the bar. The Warners, who ran Boondocks for 20 years and turned it into a vital live blues venue, now manage the Hideout Saloon East near East 22nd Street and South Pantano Road.

April Kuhlmann said her mother had always wanted to own her own property and not be beholden to a landlord. The sentiment goes back to her experiences with the Chaparral Lounge, which she ran for nearly 20 years from 1980 to 1998 at Oracle and Magee roads before Oro Valley annexed the area. Kuhlmann’s bar became outlawed under town zoning ordinances that required that bars serve food.

April Kuhlmann said her mother then bought 18 acres in the middle of nowhere — beyond SaddleBrooke and the fork in the road at Oracle Junction, where Arizona 179 heads toward Florence. Nancy Kuhlmann cleared the land, put up a horse arena and a 5,000-square-foot building, and 13 years ago opened the Cadillac Chaparral Steakhouse & Saloon off South Highway 79 and East Ballesta Road, her daughter said.

She opened Nancy’s Fort Lowell Pub but kept a distant eye whenever a building nearby would go up for sale. They bid on a couple locations to no avail, until the Boondocks came up.

Kuhlmann said plans for the Boondocks are still a work in progress. Eventually, they would like to host live music much like the Warners did, but that will have to wait until they find their business rhythm in the new place and can afford the American Society of Composers, Authors and Publishers (ASCAP) licensing fees.

Kuhlmann said they plan to keep the landmark Chianti bottle sculpture that has graced the Boondocks since it was an Italian restaurant in the mid-1970s. She said they decided to keep “Boondocks” in the name because “it’s historic; everybody knows it.”

It's the third longtime Tucson bar to close since September.

It's the second old Tucson bar to call it quits this week.

“We love all of our customers, musicians and employees, but it’s just not feasible, especially financially, to stay," owner says.

A sampling of nightclubs frequented by University of Arizona students in Tucson in 1968.

Photos: The last days of the Legal Tender bar in downtown Tucson

The Legal Tender on West Congress St. in downtown Tucson was the home of a stiff drink and a fight or two from the 1880s until it was demolish…

Restaurant to relocate in 2019 to south side of Tucson.

A man claiming responsibility for the Feb. 1 hit-and-run death of a 21-year-old skateboarder turned himself into authorities Monday.

The failed inspections could result in a lawsuit, possible misdemeanor charge.

Do these Tucson spots serve the best huevos rancheros?

Four Tucson-area spots land on the list of the state's 10 best.

Monkeypox: What we know about the virus as the WHO considers if the outbreak is an 'emergency'

Monkeypox: What we know about the virus as the WHO considers if the outbreak is an 'emergency'

When you should use credit over cash

When you should use credit over cash

Every wonder what happens to your credit score when you miss a payment?

Every wonder what happens to your credit score when you miss a payment? 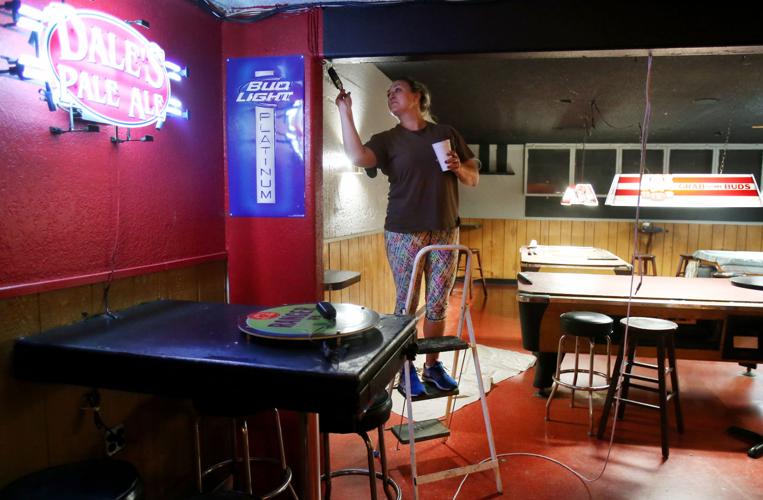 Manager April Kuhlmann was “really excited” for a new opportunity with Nancy’s Boondocks. 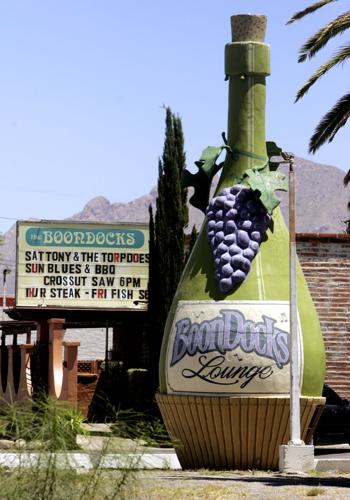