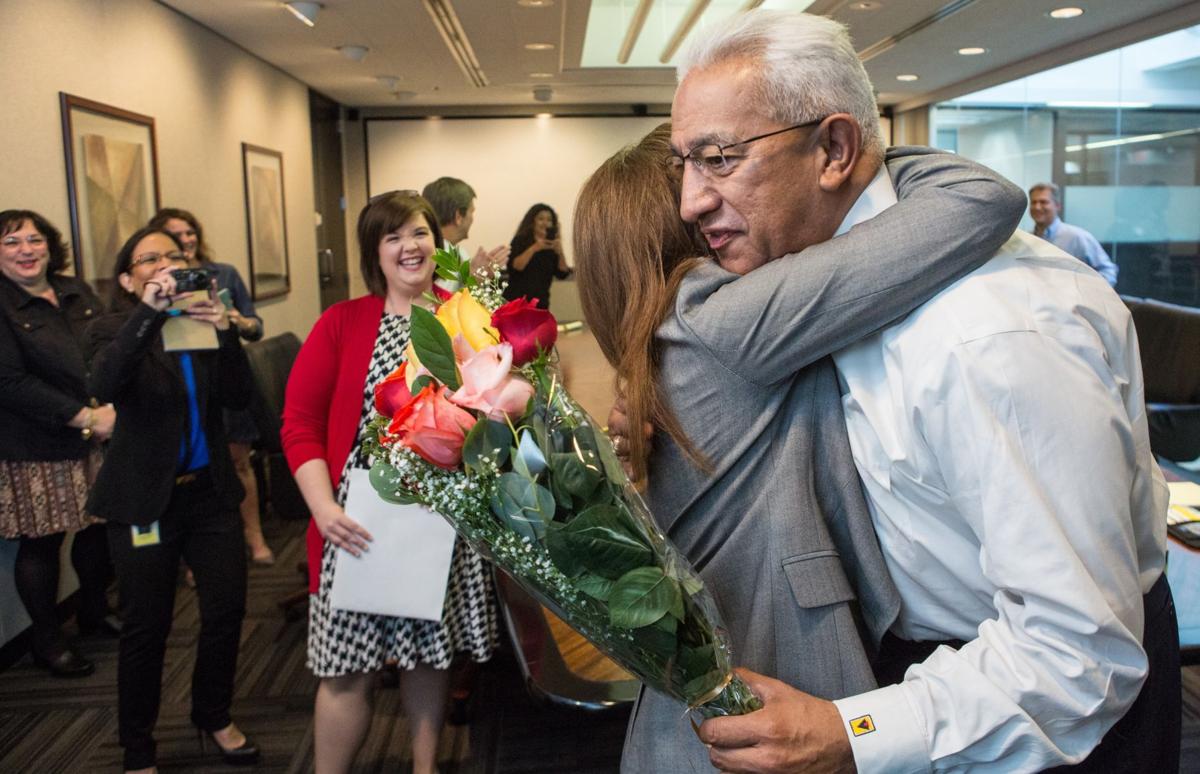 Robert Ramirez, president and CEO of Vantage West Credit Union, gets a hug from his wife, Katharine, after receiving the Greater Tucson Leadership award Thursday. 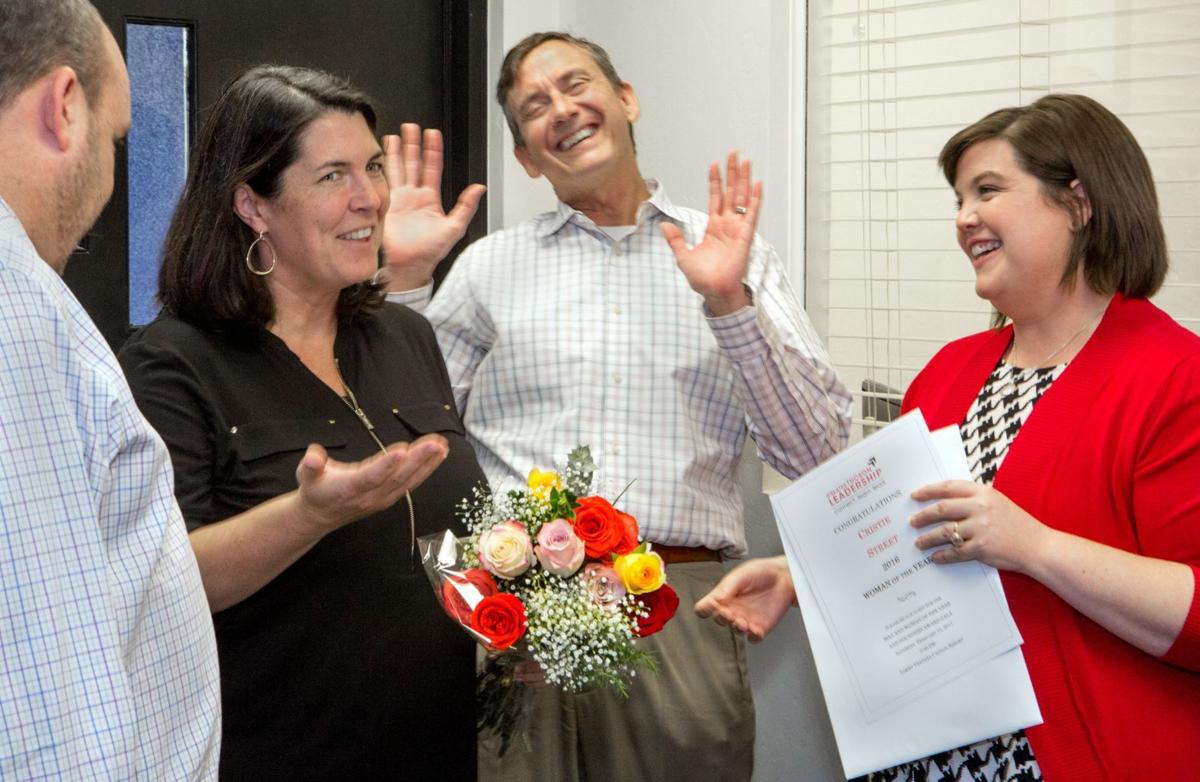 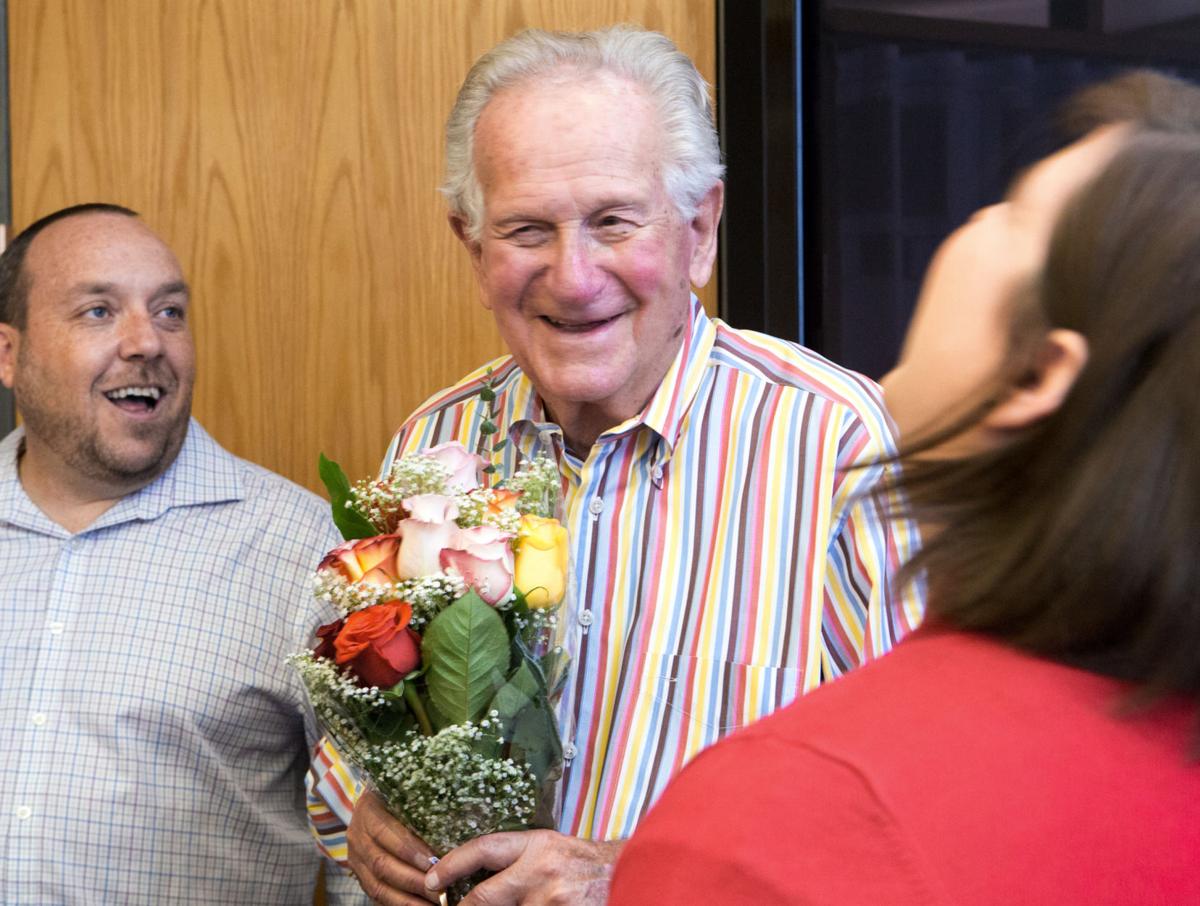 Greater Tucson Leadership announced Thursday that Robert Ramirez of Vantage West Credit Union and Cristie Street of Nextrio are its 2016 Man and Woman of the Year.

The leadership group surprised all three recipients with the news, as is its tradition.

The honorees will be celebrated at a gala on Feb. 11, 2017 at Loews Ventana Canyon Resort. This is the 64th year of the awards program.

Award selections were made by a committee comprised of community leaders representing business, government, nonprofit, higher education and Greater Tucson Leadership, a nonprofit group founded in 1980.

“Robert Ramirez and Cristie Street have distinguished themselves by actively supporting community projects at personal sacrifice, by aiding those less fortunate and for living in a manner that inspires affection, respect and admiration,” Greater Tucson Leadership said in a news release.

Ramirez, president and CEO of Vantage West Credit Union, is chairman of the Tucson Metropolitan Chamber of Commerce, a member of the Sun Corridor Inc. Chairman’s Circle, and was the 2015-2016 campaign chairman for United Way of Tucson and Southern Arizona.

Street co-founded Nextrio in 2002 and is its CEO and managing partner, and has “20 years of leadership experience building global brands and guiding product development in technology companies.”

She was named Small Business Leader of the Year in 2010 by the Tucson Metropolitan Chamber of Commerce and a “40 Under 40” recipient from Tucson Business Edge in 2007.

Street regularly conducts educational IT forums with professional groups statewide. She serves on the Arizona Public Media Community Advisory Board and on the boards of Tucson Metro Chamber of Commerce, Greater Tucson Leadership, Ronald McDonald House Charities of Southern Arizona and Social Venture Partners. Under her leadership, Nextrio has invested more than $1 million in donated goods and services to community causes.

Participants pledge to "unite a force against poverty."

Jones, Bohon honored at 40 Under 40 Awards

Kara M. Jones of the Community Food Bank is named Woman of the Year, Otto Ramon Bohon of Catalina Wealth awarded Man of the Year

Robert Ramirez, president and CEO of Vantage West Credit Union, gets a hug from his wife, Katharine, after receiving the Greater Tucson Leadership award Thursday.