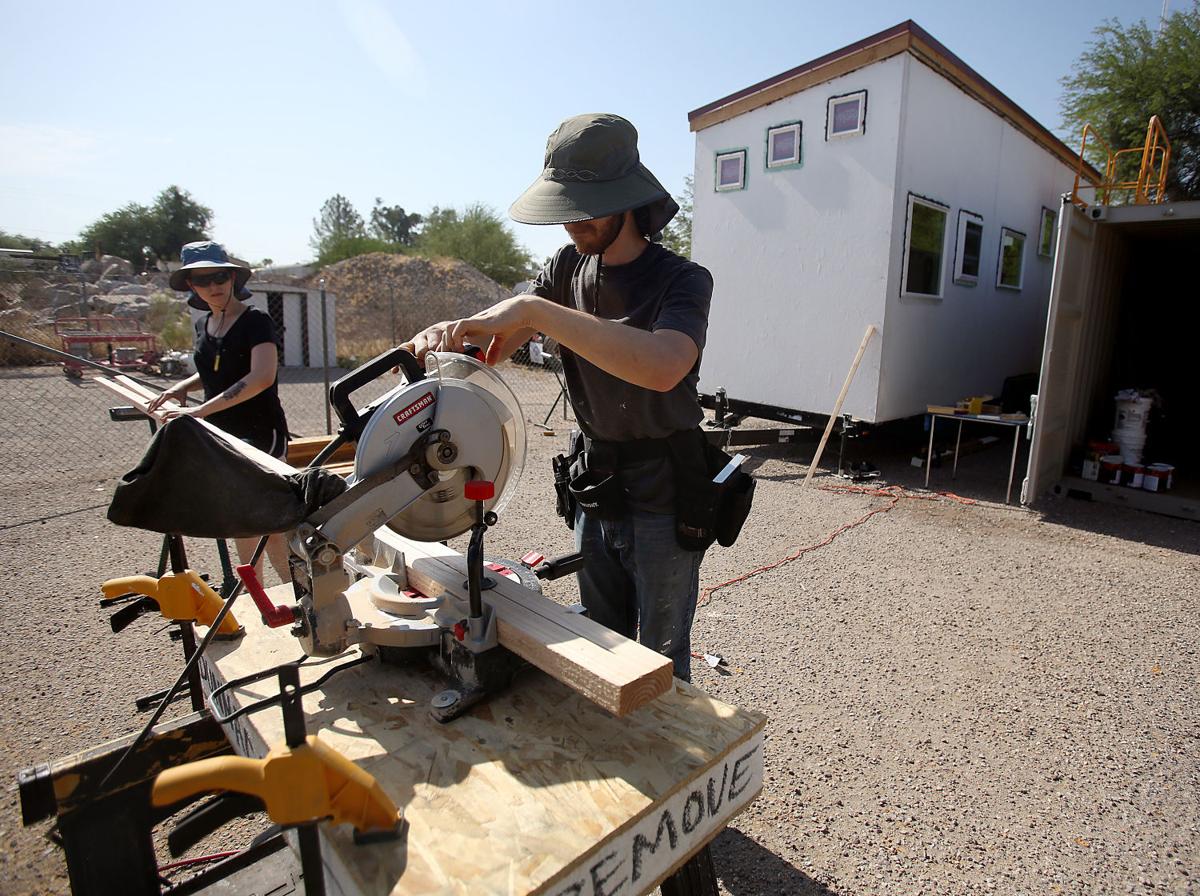 Kurt and Courtney Meyerhofer are building a 240-square-foot house — dubbed Cilantro Pancho — because having a full-size home full of stuff inhibits their freedom and gets in the way of them spending time together, Kurt says. 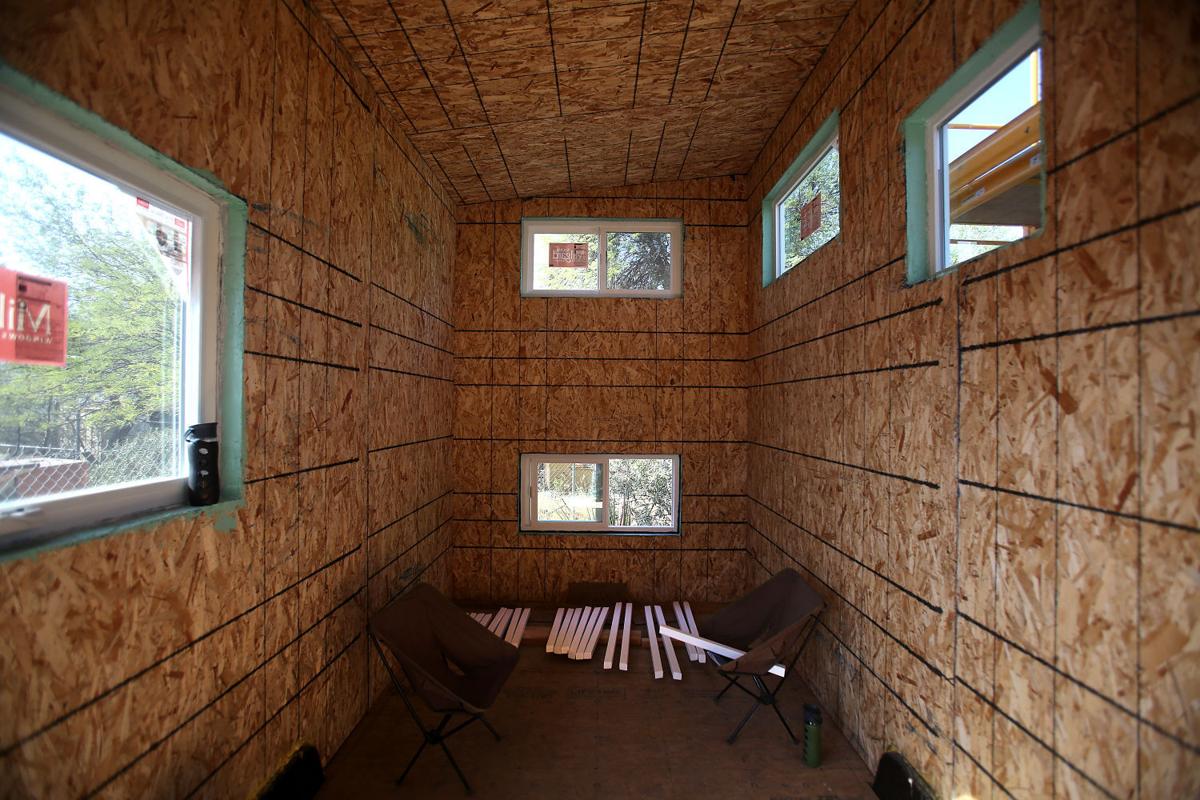 The tiny home of Kurt and Courtney Meyerhofer will include a loft that will be their living room, with a bed underneath. They’ve been working on the home, starting with designing it, since October 2015. 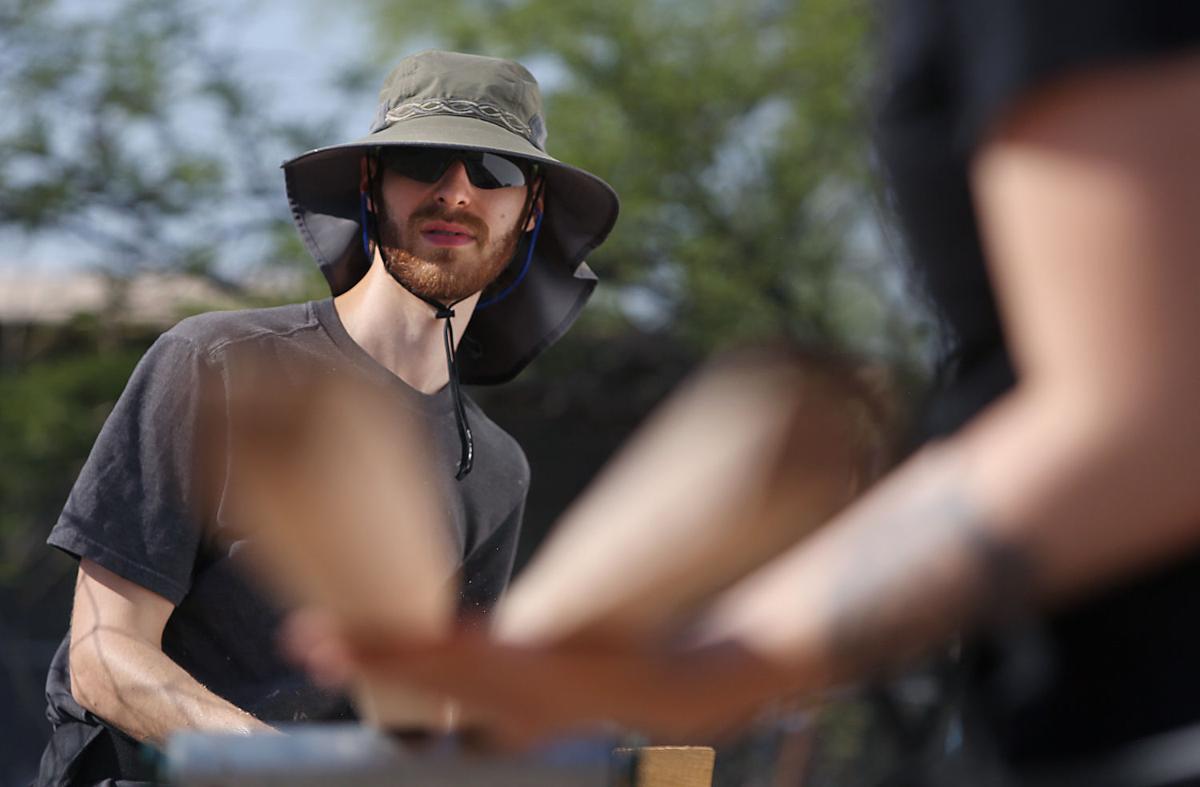 Like many who opt for mini homes, Kurt and Courtney Meyerhofer say they want to live more simply, with fewer possessions and much more freedom. 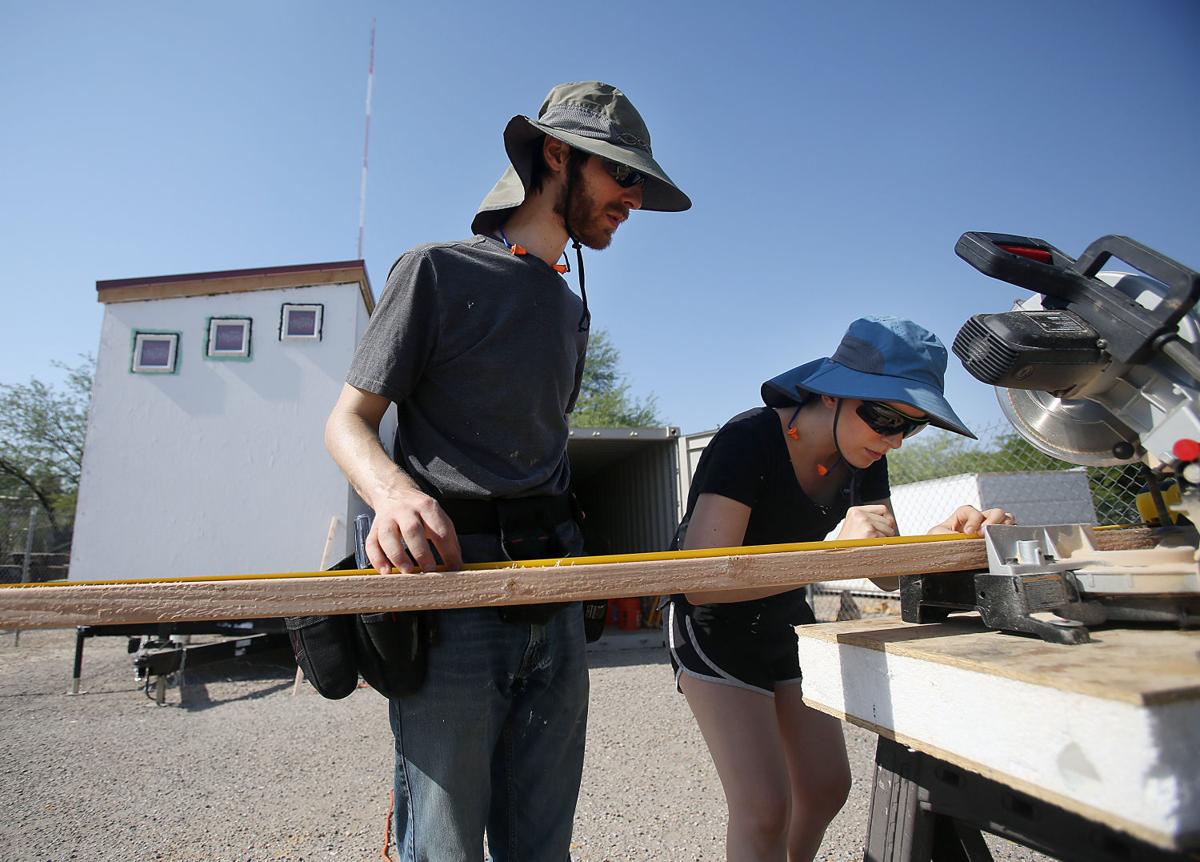 Kurt and Courtney Meyerhofer are building a 240 square foot tiny house. They started the design process in October 2015. The couple says they want to live more simply with less stuff and have more freedom. Thursday June 09, 2016

The growing popularity of tiny houses is taking root in Pima County.

In anticipation of big interest in small spaces, the county recently relaxed regulations on structures under 400 square feet built in unincorporated areas.

The Southern Arizona Home Builders Association plans to present some tiny models at its next home show, and a maker of backyard sheds is offering dwellings.

“Most people are tired of being in debt and are downsizing their life,” said Trea Johnston, general manager of Tuff Shed Tucson, which offers a weekender model built to suit. “Maybe someone’s got a little piece of property somewhere and want to live minimally. They realize they’ve been living large.”

The change in regulations prompted Tuff Shed to create a package for county dwellers who might be interested. Some tiny homes are mobile, but Tuff Shed does the framing and shell for versions that are permanent structures.

The Tuff Shed models are built into a foundation with plumbing and come with a 50-year warranty.

“It’s pretty exciting for us,” Johnston said. She estimated a 400-square-foot home, roughly the size of a larger RV, could be built for about $30,000.

David Godlewski, president of SAHBA, said he’s heard a lot of buzz about the homes and wants to feature them in the next home show. The typical tiny home is between 200 and 400 square feet in size.

Safety concerns have kept the city from relaxing its rules on tiny homes, but officials say there is no specific opposition.

A push to simplify

For some, the tiny house is a way to save money or to reduce their impact on the environment. For others, it’s about literal freedom.

Jen Sawyer is a freelance video producer who is in the process of getting a tiny house on wheels.

“I could have a permanent house on wheels that gives me freedom … and mobility,” she said. “I’m not locked into a rent, lease or mortgage — I can move my house.”

Sawyer is in the “research and downsizing” phase of moving into a tiny house, giving away books and knickknacks she’s acquired over the years.

“I feel like what I do right now is a hamster wheel,” she said. “I work to pay for my house or apartment to house stuff I don’t even need.

“To me it’s not an American dream, it’s more of being trapped. My American dream is to be free and have freedom to go and do what I want when I want.”

Bernice and Walter Venable have their tiny house under construction in Casa Grande.

“After thinking about buying a house and building a tiny house behind it for my husband’s shop we thought about it more and more and said, ‘Why do we even need the house?’” Bernice said.

The couple is building a 240-square-foot home that has space outside for their Smart car.

“And, when we’re not in transit and the Smart car is off, that’s our porch — for tiny houses, you don’t usually get a porch that big. We plan to get shutters and retractable screens that come down. Depending on weather, we can convert our back porch into whatever we need that day,” she said.

Several TV shows are dedicated to the topic, and Yves Khawam, the county’s chief building official, said his office is approached with increasing frequency by people looking to build tiny homes.

It’s not many, around a half-dozen annually, but the most recent request from a local builder got the ball rolling on significant changes to the county’s building code and clarifications of its zoning policy with regard to such structures. A city building official said there has been “minimum interest” from would-be tiny-home builders at his office.

When it comes to zoning, there has never been a prohibition on tiny homes, Khawam and another county planning official said. That is also the case in Tucson city limits, where tiny homes permitted as manufactured or mobile homes can be placed in certain zoning areas, like trailer parks. However, their small scale makes it essentially impossible for them to meet building code requirements in Tucson city limits.

In unincorporated Pima County, tiny homes on a permanent foundation are allowed in any zoning area that permits “detached, single family dwellings,” the county’s website says. Those with a mobile chassis or chassis with suspension and axle components removed are limited to a handful of zones.

Recognizing the unique scale of the homes, the county will “waive certain building code minimum standards,” such as minimum dwelling, room and ceiling dimensions, and stairway requirements for loft areas.

Some of those requirements are intended to facilitate the escape of residents and the entrance of rescuers during fires and other emergencies.

“If we’re talking about something under 400 square feet, it’s small enough that the occupant could find their way to the door without being trapped on the second story of the house,” Khawam said.

County accommodations for homes less than 400 square feet allow for loft areas with “reduced fall protection,” a reduced number of electrical outlets and “alternative compliance” for mechanical and electrical systems.

“I think it’s a great change and a great step into maybe the future of housing,” said Tucson resident Kurt Meyerhofer, who is building a tiny house on wheels called the Cilantro Pancho with his wife, Courtney Meyerhofer.

Fareed Alshami, who hopes to import tiny-home components and assemble them for customers in Tucson with his company WFM Homes, said the new county regulations get rid of “uncertainty” for the fledgling industry.

“Now that I have guidelines, this becomes a much more likely prospect,” he said.

A push for similar changes at the city level would likely get a more skeptical reception.

“The novelty of what the county is doing is saying that the building codes don’t apply” to tiny houses, said Clayton Trevillyan, interim building official with the city’s Planning and Development Services Department. “The city of Tucson is not prepared to do that yet.

“We’re certainly open to new innovations,” Trevillyan said. “I don’t want to paint this as me trying to find ways to inhibit tiny houses. It’s just making sure that my charge to protect public safety and health is met.”

He raised several potential health and safety concerns about tiny houses, including the likely proximity of bathrooms and cooking areas. As to allowing ladders to lofts instead of stairs, he said current standards “have been refined over 100 years.”

He said he expects the International Code Council, whose building performance code is used by both the city and county, to eventually address tiny houses in its guidelines. Until then, he said the “city is open to considering” tiny homes but its primary goal is safety.

Whatever the status of tiny homes and wherever theirs ends up in the county, the Meyerhofers say they’re looking forward to shedding possessions in preparation for the big move.

Like many interested in tiny homes, Kurt Meyerhofer said a traditional home, and the decades-long mortgage and time-intensive upkeep that are part of the package, do not appeal to him and his wife.

“We like to spend time with each other,” he said, “and we feel sometimes that our stuff can get in the way of that.”

Sale to a private buyer could take more than a year, city officials estimate.

Connected communities are "a commitment to knowing each other."

Business owner took a leap at the worst possible time

Kurt and Courtney Meyerhofer are building a 240-square-foot house — dubbed Cilantro Pancho — because having a full-size home full of stuff inhibits their freedom and gets in the way of them spending time together, Kurt says.

The tiny home of Kurt and Courtney Meyerhofer will include a loft that will be their living room, with a bed underneath. They’ve been working on the home, starting with designing it, since October 2015.

Like many who opt for mini homes, Kurt and Courtney Meyerhofer say they want to live more simply, with fewer possessions and much more freedom.

Kurt and Courtney Meyerhofer are building a 240 square foot tiny house. They started the design process in October 2015. The couple says they want to live more simply with less stuff and have more freedom. Thursday June 09, 2016