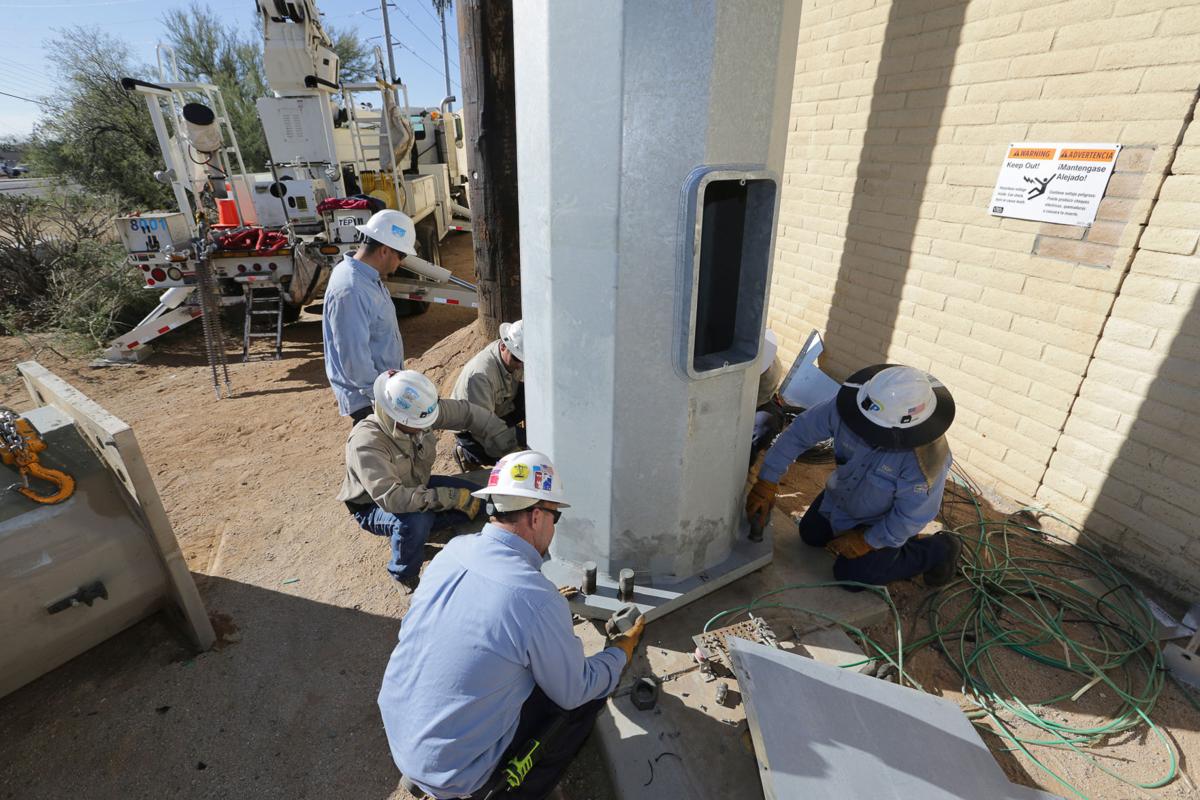 Workers replace an old tower as part of an infrastructure update near the La Cañada substation. 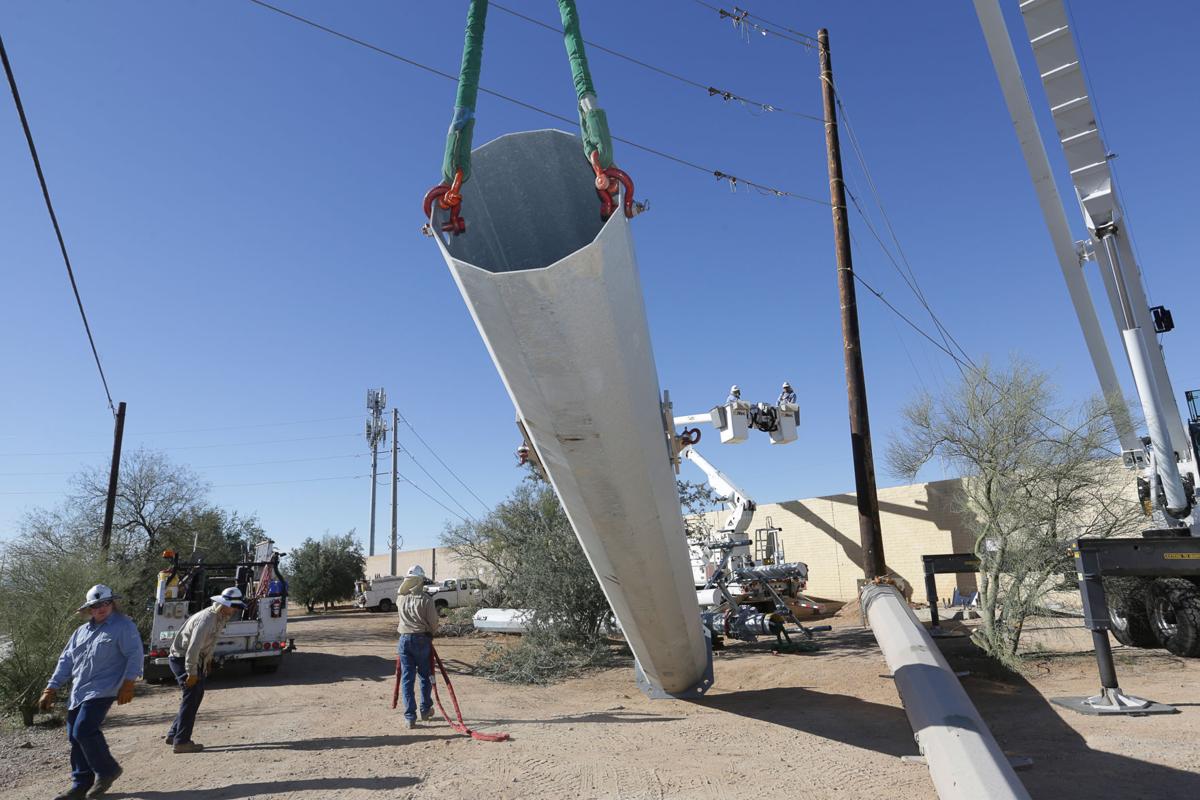 Optic fiber cables are being installed to help make communication among substations easier to manage.

TEP says it has spent more than $1.3 billion in the past five years on upgrades to its transmission and distribution system, new energy programs and other improvements to boost grid reliability.

Crews are currently installing new fiber-optic cables on the city’s north side to allow system supervisors to more quickly and reliably restore service during power outages by remotely operating equipment.

The $680,000 project includes new communications equipment between the La Cañada substation, at North La Cañada and West Hardy Roads, and the Rillito Substation, near North Oracle and West River roads.

TEP solar customers have months to benefit from net-metering rules

TEP rates will rise about $8 a month, about $4 a month for Trico.

At issue is applicability of Arizona's use tax.

Workers replace an old tower as part of an infrastructure update near the La Cañada substation.

Optic fiber cables are being installed to help make communication among substations easier to manage.