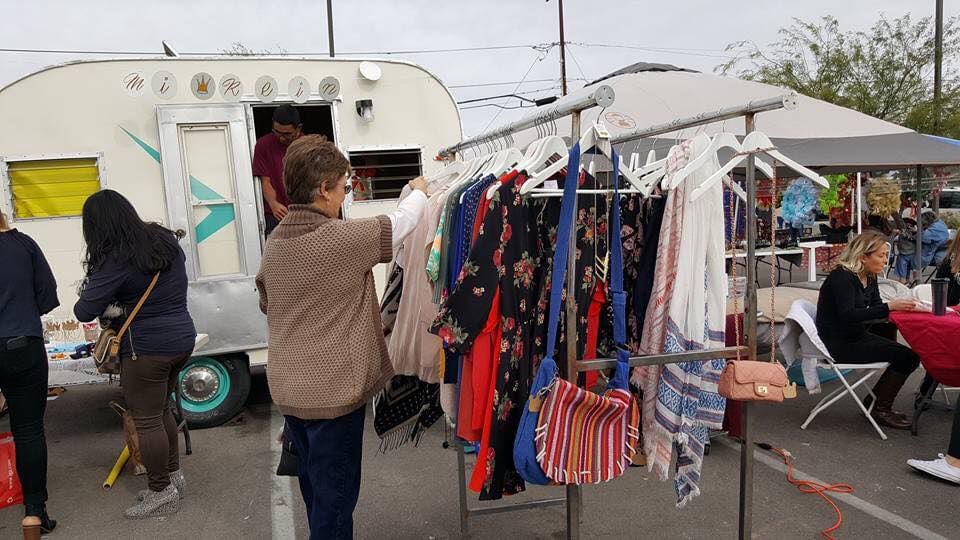 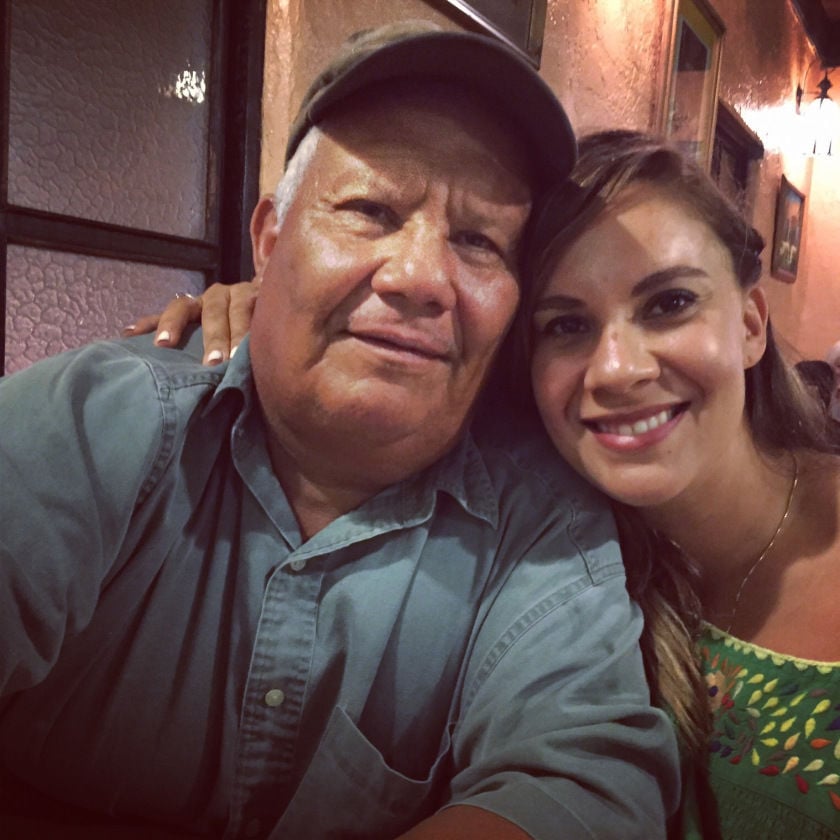 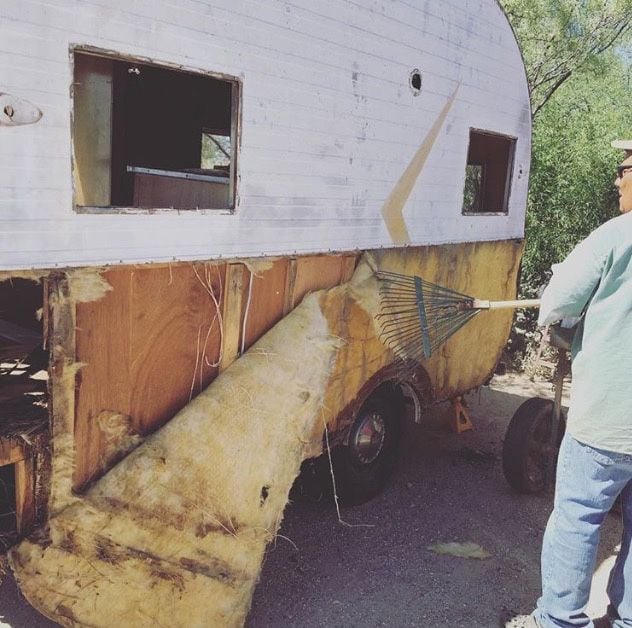 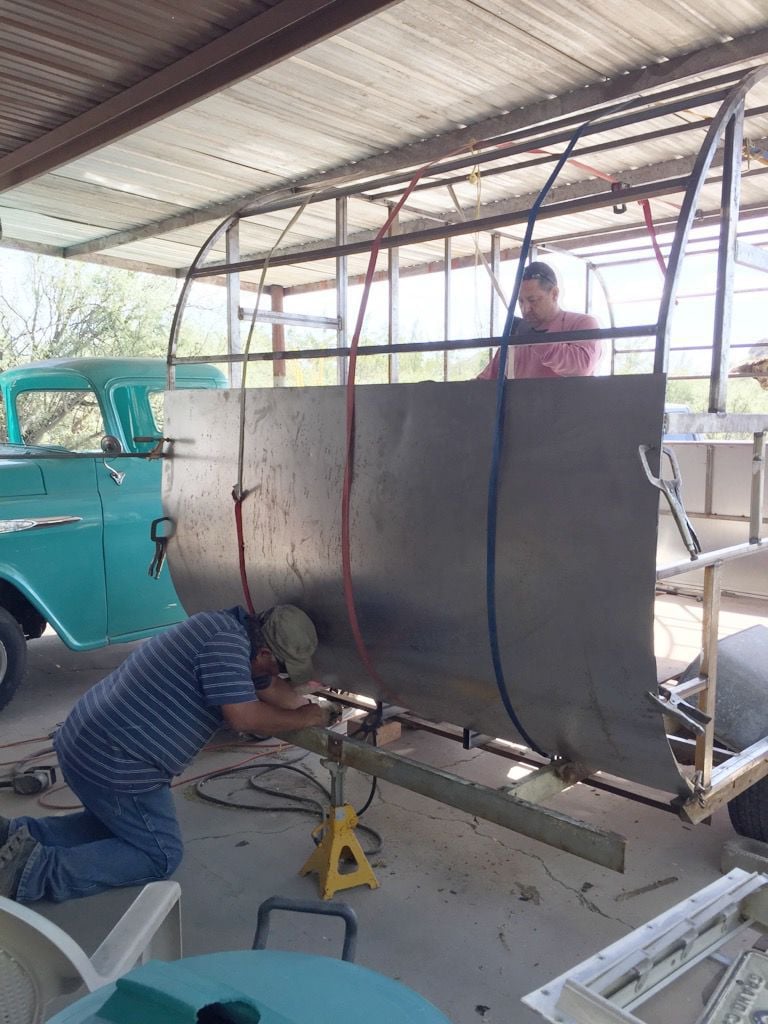 Rene Rodriguez had friends help him rebuild the 1961 Siesta Liner trailer to become Mi Reina Mobile Boutique for pop-up markets. The 1957 Chevrolet undergoing renovation so it can pull the trailer is in the background. 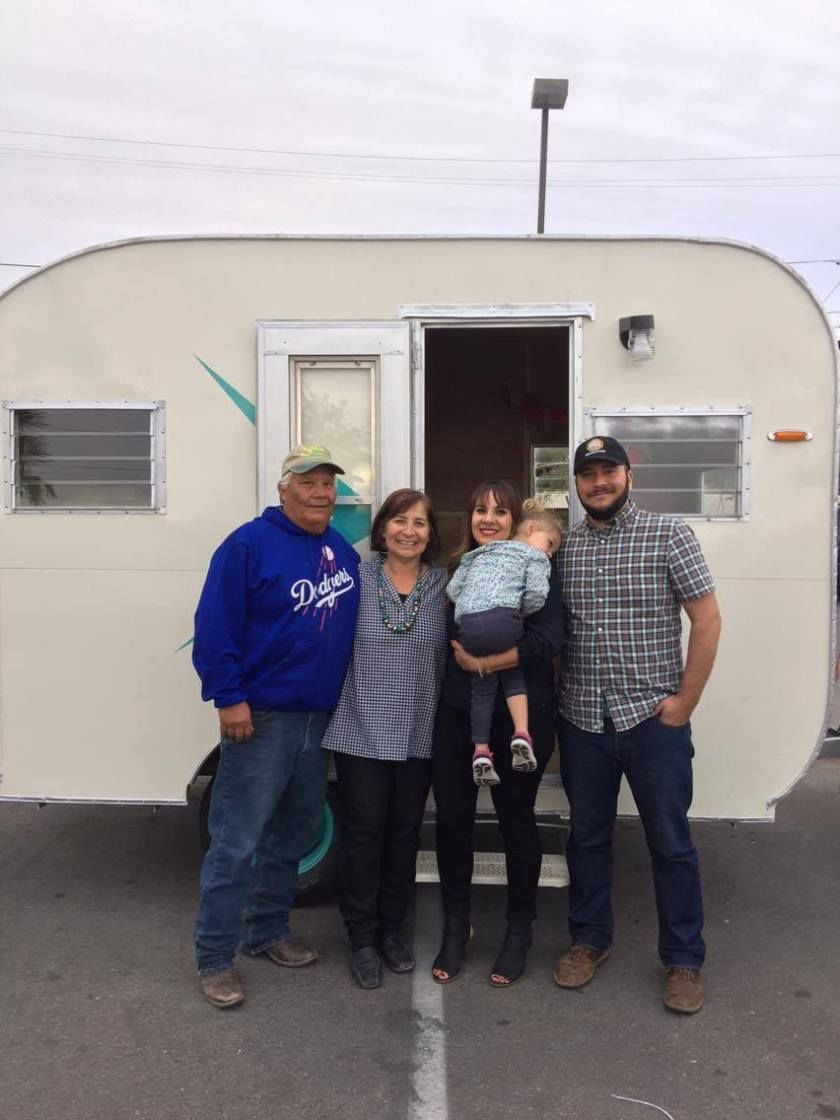 A father and daughter had a dream to bring more business to Tucson’s south side. They worked and carved out a niche through a pop-up boutique on wheels.

Rodriguez, 60, did not stop there. After two years of tinkering, he is wrapping up a bucket-list project and putting the final touches on a 1957 Chevrolet truck that will pull the Siesta Liner to pop-up markets.

The toil, sweat and about a $7,000 investment is worth it when he sees his daughter, Selina Barajas, 32, erupting with smiles and enthusiasm as the founder of Mi Reina Mobile Boutique.

Barajas will showcase Mi Reina — My Queen — among the 15 businesses participating in a pop-up market for young entrepreneurs at Viva Performing Arts Center during the Tucson Rodeo Parade on Thursday, Feb. 23.

The performing arts center is located in the midst of the parade route at 4563 S. Park Ave., just south of East Fair Street, The market will operate from 7 a.m. to 1 p.m.

Mi Reina will sell some Western fashions modeled by real vaqueras, who have grown up riding horses, said Barajas, who comes from five-generations of Southern Arizona vaqueros.

In addition, the boutique “offers affordable, unique and stylish fashions” for young women to seniors, said Barajas, who selects clothes, accessories and purses to fit all occasions.

She purchases her merchandise, including vintage wear, in Los Angeles . Barajas said she keeps in mind that her customers are “thrifty and savvy shoppers on a budget.” Prices range from $4 for accessories to $40 for a party dress or a blazer. A blouse can sell for $12 on up to $28.

“I want to help women feel radiant and comfortable,” said Barajas, explaining that is how her grandmother, the late Erlinda Gallego, made her feel while growing up. Her grandmother called the special women and girls in her life “mi reina,” an endearing title that filled Barajas with confidence.

It was only natural that Barajas wants the boutique’s fashion to make customers feel beautiful and powerful as the women “dress for their day, taking on a multitude of roles, including those of students, bosses, caregivers and overall magicians,” said Barajas, who is married to Abraham Barajas and has 3-year-old Sofia Luna.

“I invest in staple items that women can wear from work to the playground to a night out,” said Barajas, explaining that she also teams up with Tucson businesses that offer beauty and sports-fitness products to keep women’s skin and bodies healthy.

She plans to organize about six pop-up markets a year working with local companies and The Common Group, a development company is seeking to attract businesses to the south side.

“My merchandise captures the essence of our complex lives,” said Barajas, who moved to Los Angeles in 2008 to earn her master’s in urban planning from UCLA and now works for the city of Inglewood.

She travels to Tucson often and began her mobile boutique business here because she wants to invest on Tucson’s south side, which she considers her community.

She has the support of her father and mother, Gracie Rodriguez, also a retired Sunnyside educator. Gracie documented through video and photographs her husband and daughter’s journey in creating Mi Reina, along with the support of family and friends.

The mobile boutique may eventually travel to Los Angeles and become a player in pop-ups there.

That excites Rene Rodriguez, who with his wife, travel often to see their daughter and her family in California.

He pictures his Chevy truck pulling the Siesta Liner to park near a beach where he can watch the sunset over the ocean.

What: Viva Performing Arts Center showcasing a pop-up market during the Tucson Rodeo Parade. The event will celebrate the center's 30th anniversary and will include food, dance and music performances, Tejano 1600 AM broadcasting live, and a meet and greet with professional bull rider Bobby Rodriguez.

Microblading eyebrows may be risky business for customers

The eyebrow-shaping trend is not regulated in Arizona.

Babies are part of the team at 4 Arizona government agencies

Bringing babies to work has benefits but it doesn’t work for everyone.

Rene Rodriguez had friends help him rebuild the 1961 Siesta Liner trailer to become Mi Reina Mobile Boutique for pop-up markets. The 1957 Chevrolet undergoing renovation so it can pull the trailer is in the background.